This Week in Cars: Five Classic Offroaders Of The ‘70s

After looking at five modern classic hot hatches last week, we’ve gone to the totally opposite side of the automotive spectrum. In the second edition of the Dyler.com Week In Cars we’re looking at five classic offroaders from the 1970s.

Unlike modern day SUVs which try to be an offroader, family wagon, and a sports car, the cars we’re looking at this week were largely designed with the purpose of being comfortable yet hugely capable off-road.

They might not be hugely luxurious by today’s standards, and they might not be as sophisticated as a new SUV such as an Aston Martin DBX or a Bentley Bentayga. However, the five old-school offroaders you’ll find have bags of character and there are very few modern cars that can touch them in the rough stuff. 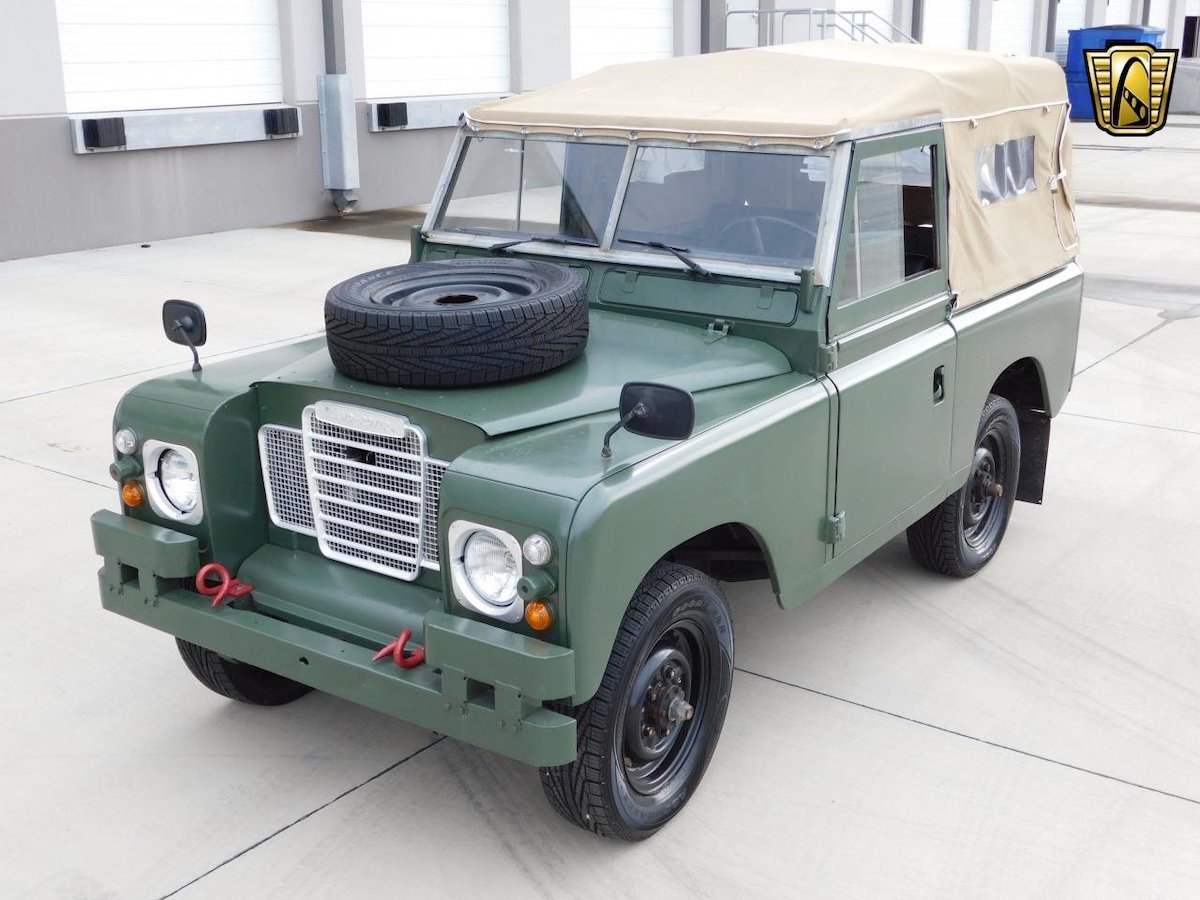 The Land Rover Series III (or just “Land Rover”) is considered to be one of the most iconic vehicles made by the British manufacturer. A development of the Series II, The S3 launched in 1971 and remained in production until 1985. It was the first Land Rover to be powered by the 91bhp, Stage 1 3.5-litre V8, which has obtained a cult following amongst “Landie” enthusiasts. During the course of its life, over a million S3s were sold. The millionth car, which rolled off the production line in 1976, was painted in a special edition metallic green paint and had velour seats. In-line with consumer trends requiring more levels of comfort, Land Rover introduced a more upmarket version of the S3 called the Country in the early 1980s. In a move away from the original car’s rugged nature, the Country had tweed seats, and tinted glass.

PRICE:
EUR 46,138
LINK TO CAR AND DEALER:
Gateway Classic Cars
USELESS CAR FACT:
The S3 was the basis for Forward Control Truck - a military vehicle designed for hauling Howitzers around. Its capability and reliability won it plenty of fans in the armed forces, who nicknamed it the “one tonne” due to its significant heft. 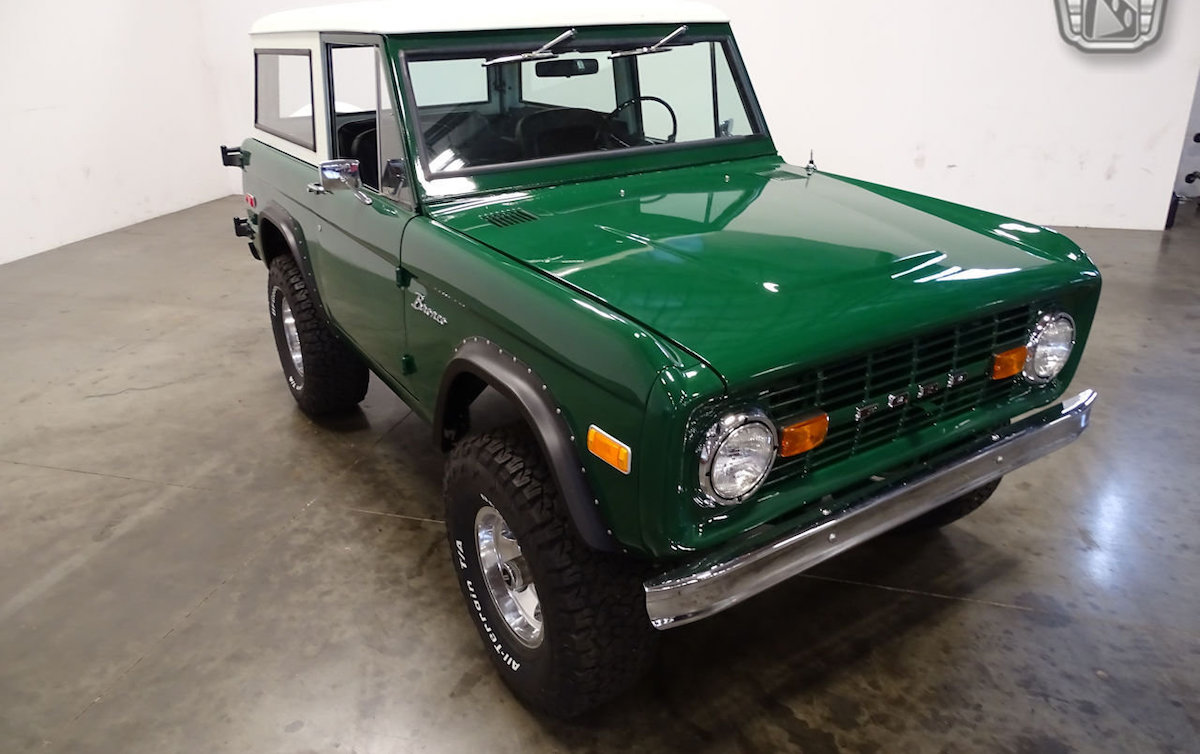 Now in its sixth-generation, the Ford Bronco has been in production since 1965. The first-generation was developed as a rival to the Jeep CJ5, and it has gained a cult following amongst Bronco enthusiasts. The Bronco was built upon a specially-built 92-inch chassis - a platform that wasn’t shared with any other vehicle in the Ford/Lincoln/Mercury lineup. All models were available with four-wheel-drive with either a V8 or straight-six engine up-front. In its base guise, the Bronco was relatively spartan. However, the endless option list which included an auxiliary fuel tank, bucket seats, and a power take off, won it plenty of fans. The extensive range of options is something that has been carried over through each iteration of the Bronco. The first-generation car has also inspired the appearance of the 2021 Ford Bronco - an offroader which is widely considered to be a future classic.

PRICE:
EUR 72,624
LINK TO CAR AND DEALER:
Gateway Classic Cars
USELESS CAR FACT:
Ford also offered the Bronco with a posthole digger as one of the many choices on its expansive option list. 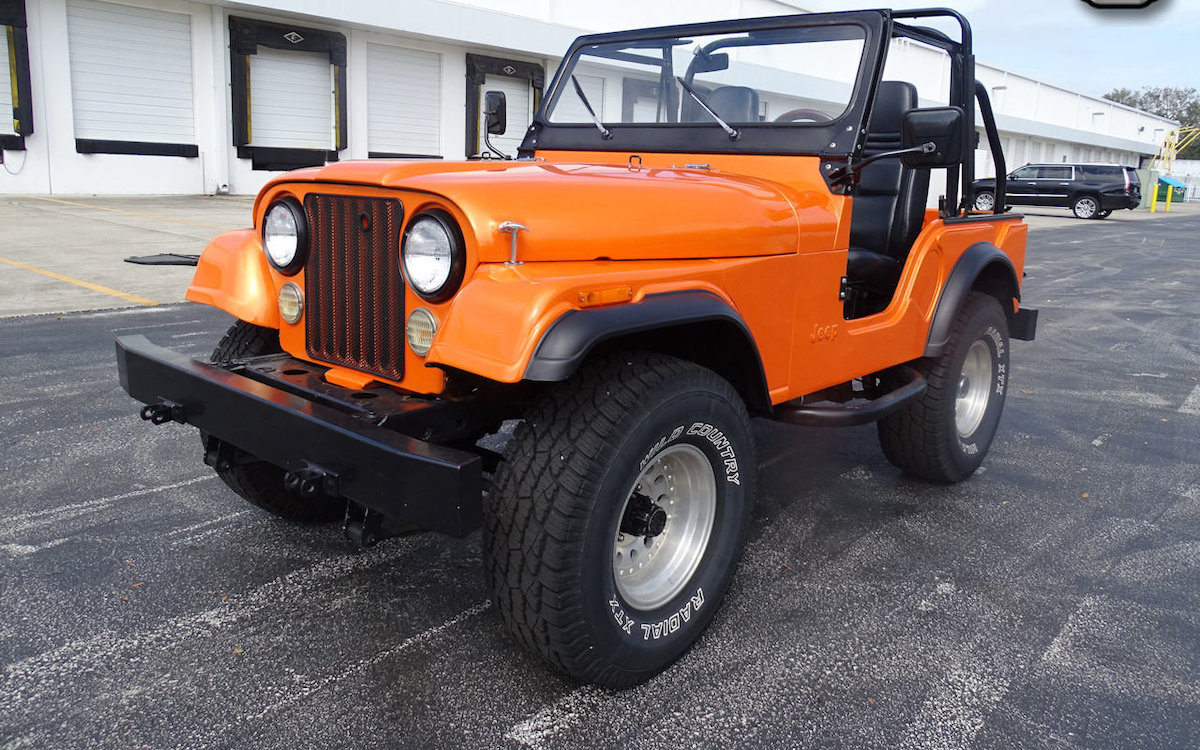 Throughout its 45-year-long life, the Jeep CJ5 remained largely unchanged. It can trace its roots back to the Willy’s Jeep military vehicle which first saw action during World War II. The CJ5 was based on the M38A1 Jeep, which was used by the US armed forces in the Korean War. The car’s utilitarian nature won it plenty of fans as it was highly-capable off road and easy to maintain. The CJ5 was in production from 1954 to 1983 and its most popular iteration was the 3.7-litre V6. By 1968, 75% of all CJ5s sold were powered by this Buick-sourced power unit. Jeep also produced numerous editions of the CJ5 including the Camper (a camper van version) and the Golden Eagle. This particular model was available in either hard or soft top, and featured luxury options including air-conditioning, power steering, side steps, a 308 CID V8, and enormous decals of a Golden Eagle.

PRICE:
EUR 27,341
LINK TO CAR AND DEALER:
Gateway Classic Cars
USELESS CAR FACT:
The CJ in the CJ5 moniker means “Civilian Jeep” as it was intended for commercial use. 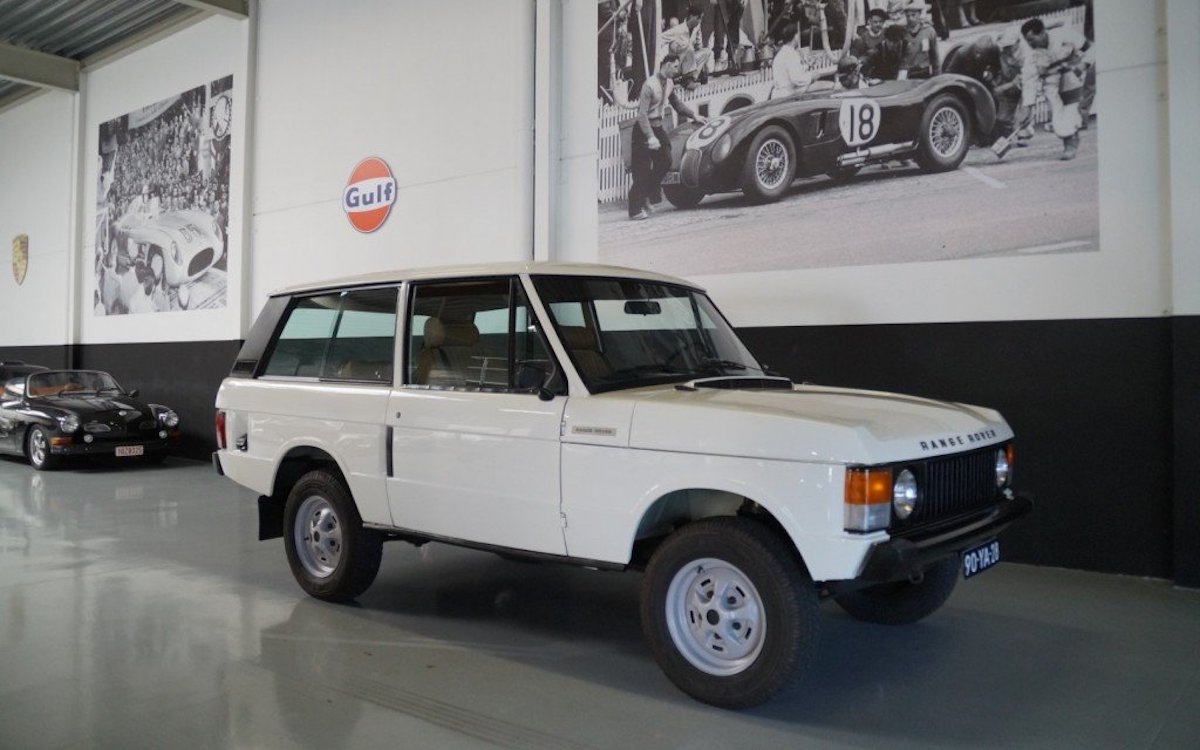 The original Range Rover or “Range Rover Classic” is what brought luxurious offroad vehicles into the mainstream. The car was conceived in the late 1960s after Rover became aware of the emergence of cars such as the Ford Bronco, which combined comfort with off-road ability. The company aimed to combine the luxury from its road cars such as the P6 with the outstanding off-road ability offered by the Land Rover, which is how the Range Rover came to be. Yet in its original form, the Range Rover was a far cry from the luxurious-yet-immensely capable car it has become today. The Range Rover Classic was relatively spartan and had vinyl seats and a plastic dashboard that could be easily hosed down. The luxurious aspects which have become synonymous with the current Range Rover such as wood and leather trim, designer options, and unparalleled levels of ride comfort from the air suspension didn’t come until later. The Range Rover classic was available in two or four-door, and was powered by either a V8 petrol or four-cylinder diesel engine. The car remained in production from 1969 to 1996, when it was eventually replaced by an all-new version. 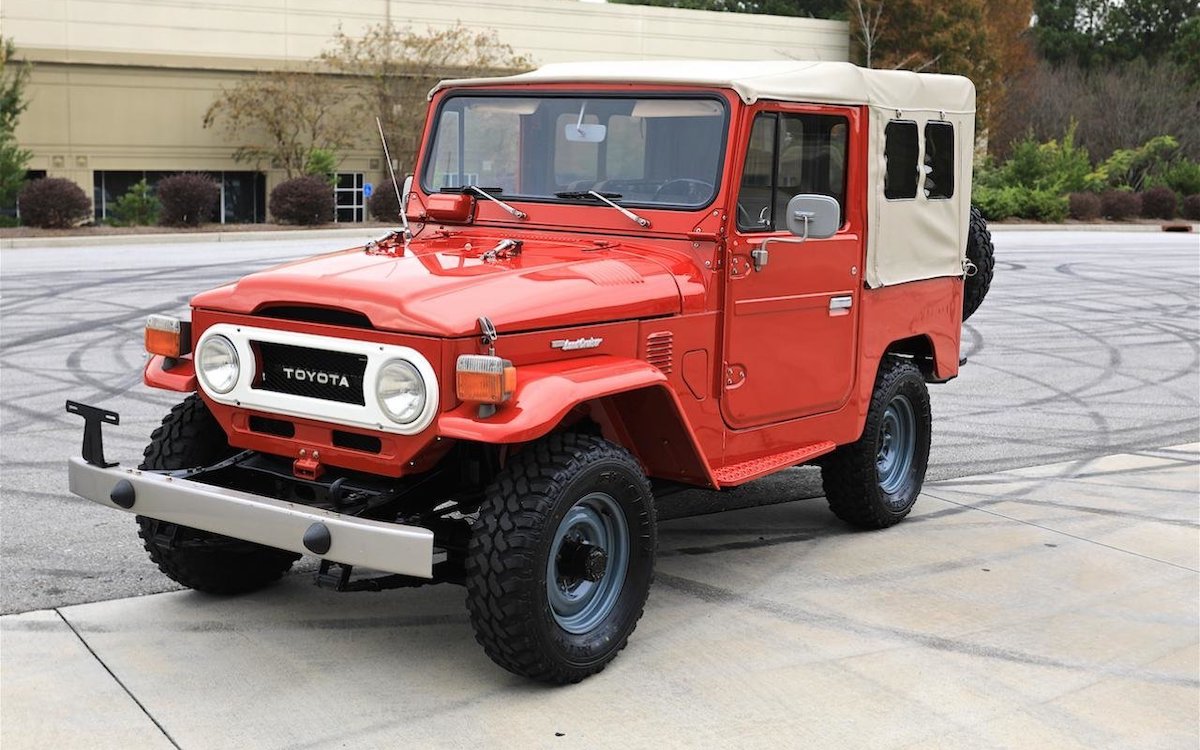 The Land Cruiser was the Japanese giant’s answer to the original Land Rover and Jeep CJ5 - two cars we’ve already looked at in this list. The hardy FJ was rugged, utilitarian, and remained in production from 1961 to 2001. It was also available with a short, medium, and long-wheelbase chassis in hard or soft-top form. All FJ models were four-wheel-drive. Toyota also made the FJ at its plants in Brazil and Venezuela where it was marketed as the Bandeirante and the Macho respectively. Just five years after it went out of production, Toyota revived the FJ name with an SUV whose retro design harked back to the original car. The car is widely regarded amongst classic off-road vehicle enthusiasts due to its ability to tackle all kinds of terrain, mechanical simplicity, and widely available parts.

PRICE:
EUR 49,555
LINK TO CAR AND DEALER:
Gateway Classic Cars
USELESS CAR FACT:
The FJ was available with both petrol and diesel engines. However, these were made by Mercedes-Benz and not Toyota.