This Week in Cars: People of Britain - These 4x4s Will Make Your Life Easier Amidst Storm Barra 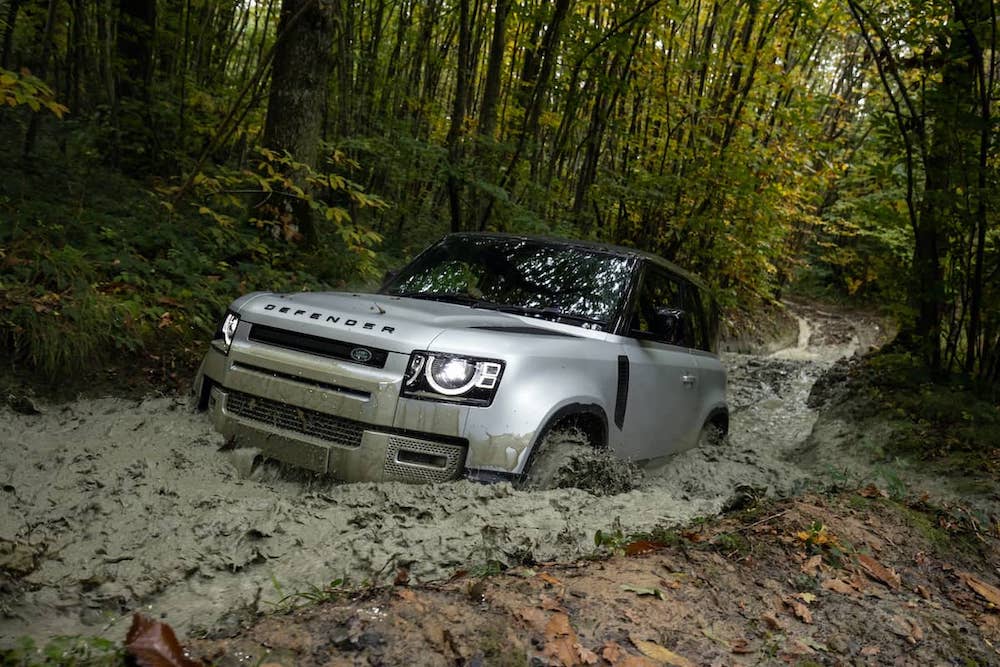 This week, the United Kingdom was well and truly battered by Storm Barra. Across the country, gale-force winds of up to 60mph are ripped through the country causing mass devastation; rivers burst their banks unable to cope with the biblical rain showers, and thousands of homes across the UK are still left without power. 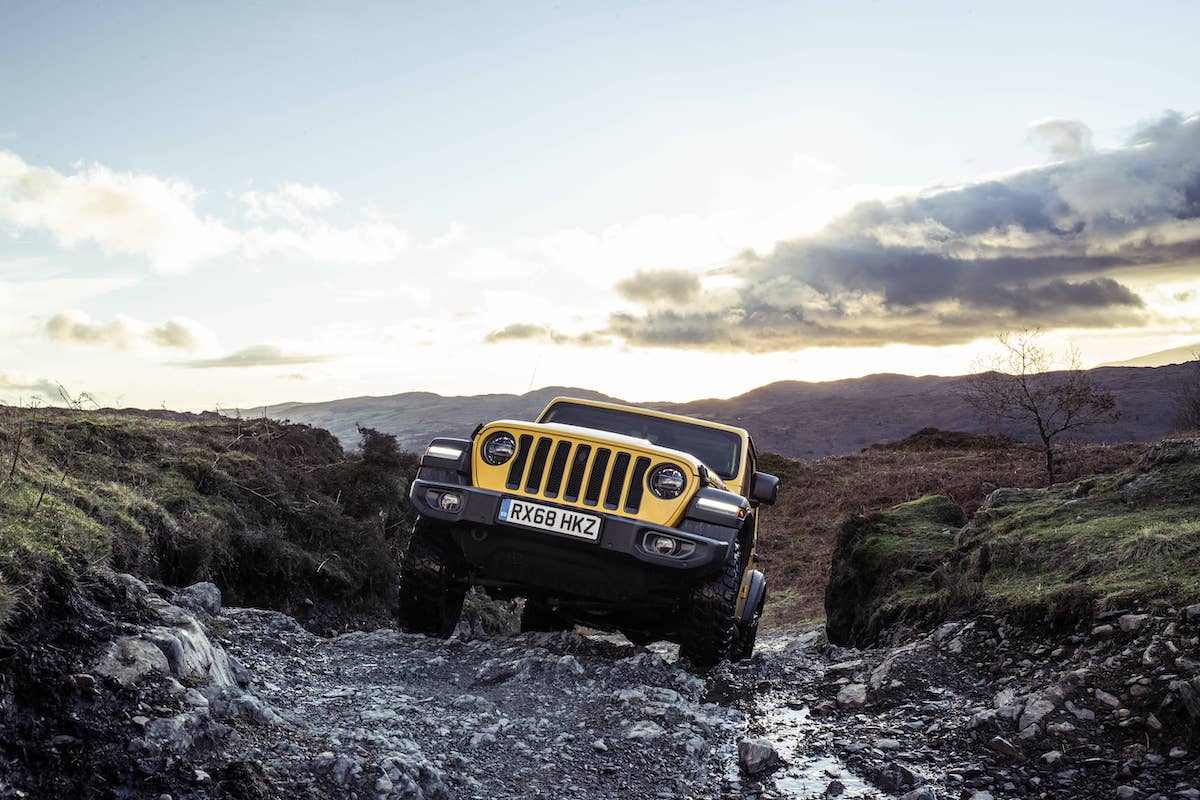 Given everything mentioned above and the annual Festival of Deluge that envelopes the UK in December, we thought that a way of making life easier for The People of Britain would be compiling a list of some of our favourite off-roaders in no order of preference.

From the new Land Rover Defender - now hugely comfortable but still immensely capable off-road - to the mountain goat-like Suzuki Jimny, each of these cars vary hugely in character. Yet dеspite their differing personalities, these 4x4s will survive some of the harshest conditions nature can throw at them.

A lairy storm and a gray, gloomy winter is absolutely no sweat. 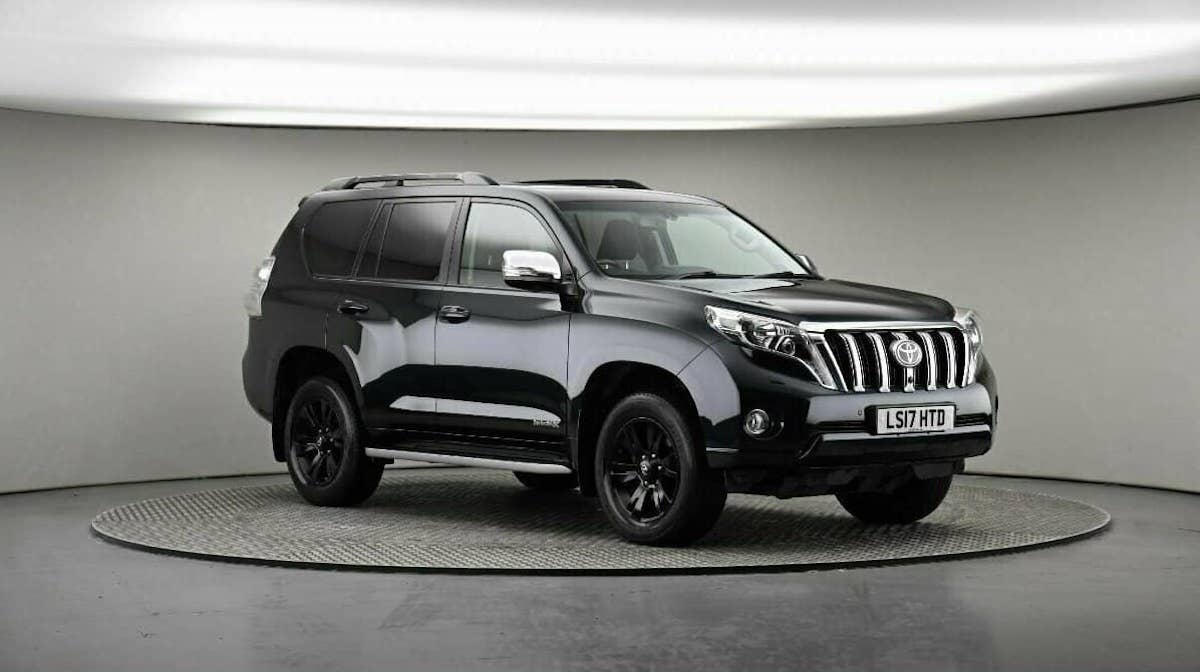 For over 70 years now, the rugged Toyota Land Cruiser has been taking its passengers to some of the most far-flung places on earth
© Saxton 4x4

If COVID doesn’t wipe us all out, don’t forget we have the nuclear holocaust to look forward to as our maker. Yet do not be disheartened, because along with the humble cockroach and Keith Richards, the Toyota Land Cruiser is one of the few things that is able to survive nuclear armageddon. For 70 years now, the Land Cruiser has been going to places few can even imagine thanks to its legendary toughness and reliability. Toyota tests its big, frame-on body off-roader in the Australian outback, so you’ll know it’ll be able to handle itself in the most extreme conditions. In fact, it’s that hard, it’s used by NGOs and the UN the world over. And the Taliban. Despite its agrarian roots, the ninth-generation car - the one you see here - is also packed with luxuries including four-zone climate control, smart entry, leather seats, and 10 airbags. However, it hasn’t forgotten what it’s designed for; to go off-road. Later models boast a Multi-terrain Select system depending on the surface, and the boffins have introduced Kinetic Dynamic Suspension System, which allows greater wheel articulation in the rough stuff. 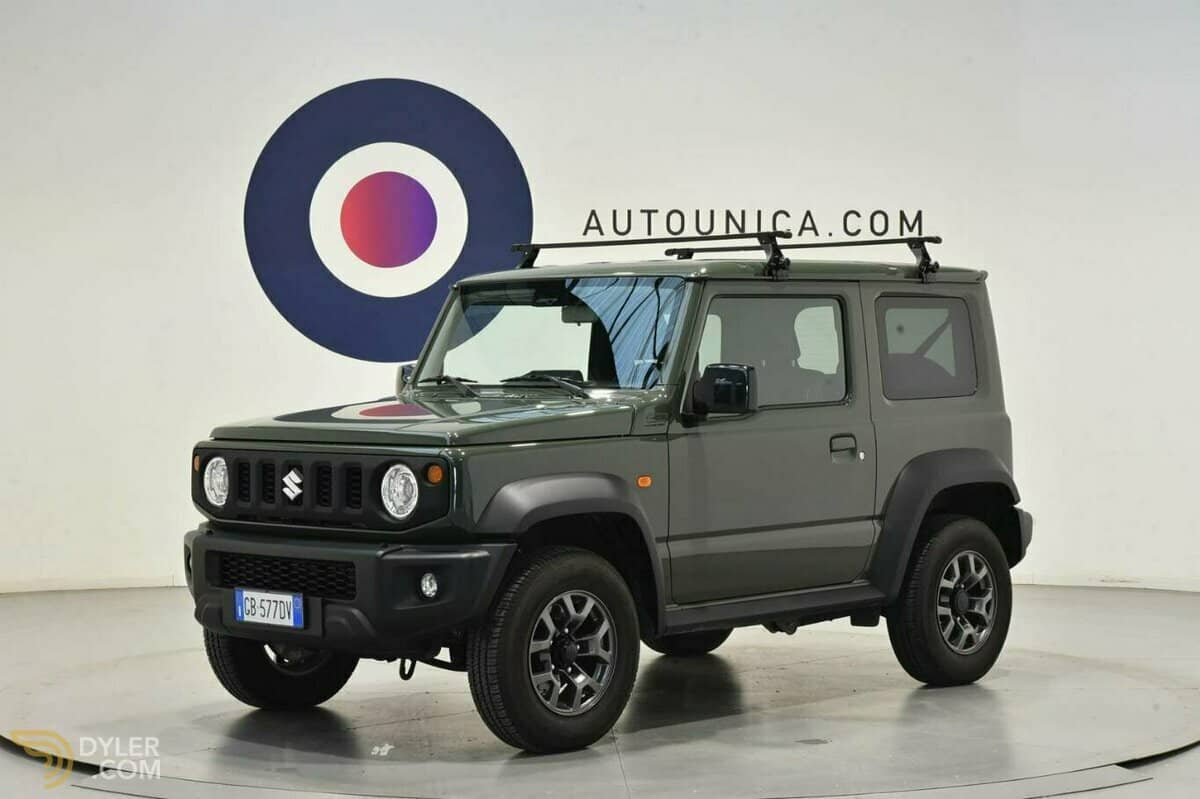 A little mountain goat in automotive form, the adorable Suzuki Jimny will outshine much more expensive off-road vehicles thanks to its rugged simplicity
© Autounica

The Suzuki Jimny is one of the greatest 4x4s in recent years, and we’re pretty sure that it will become a classic car of the future. Without doubt, a large part of the Jimny’s charm lies in its Kei car looks which are - let’s be honest - awesome. Its bouncy, roly-poly drive on-road is also hilarious. Yet whilst the Jimny’s design and erm… entertaining road manners play a large part in its infectious personality, make no mistake - it is a serious off-road car more than capable of going head-to-head with the likes of the Jeep Wrangler, the Toyota Land Cruiser, and the Defender. The Jimny’s abilities lie in its simplicity - it’s tiny not just compared to everything else here, it is out-and-out dinky. It’s also light at just over 1,000 kilograms. Under the skin, the Jimny is nowhere near as advanced as the Defender or really anything else here. But a rigid-axle suspension at each end and a low-ratio four-wheel-drive gearbox allow it to hop, skip, and jump its way across the rough stuff without any bother. A truly endearing little car. 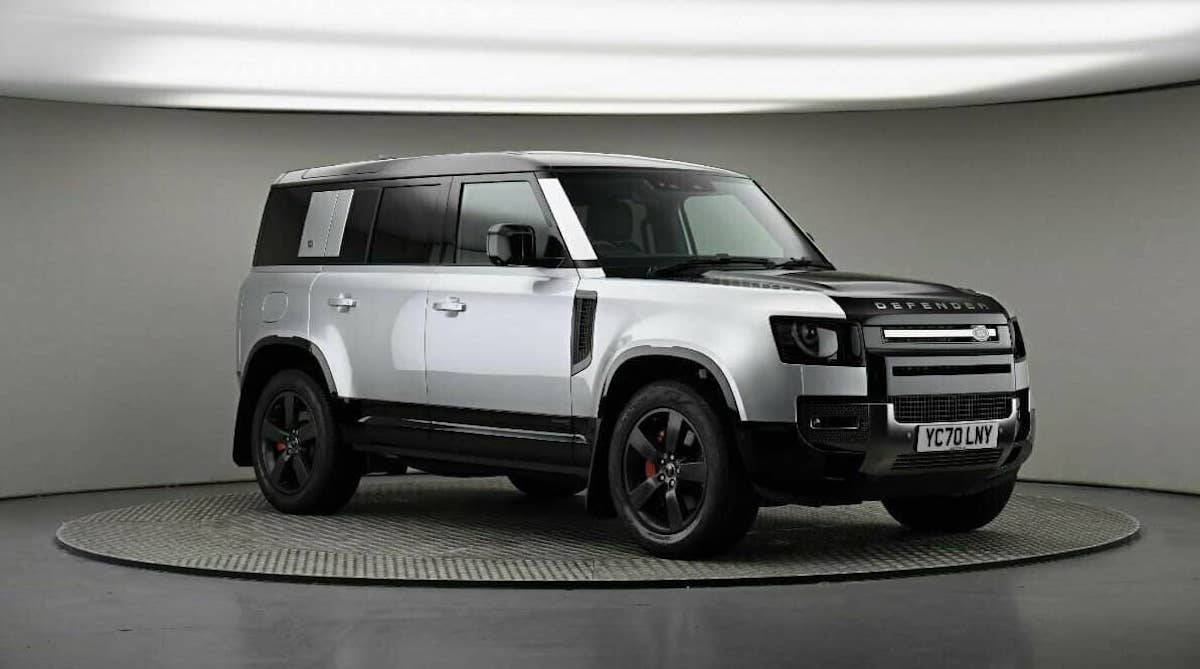 What do you do when you want to reinvent an icon for the 2020s? You do this. You do exactly what Land Rover has done with its new Defender. Now, the old Defender was a wonderful thing. With its unfussy, slabby design, the old car oozed cool wherever it was, whether that be herding sheep on a mud-soaked Peak District farm, or parked up on a leafy suburb of somewhere trendy. The problem with the old Defender was that whilst it looked great and was pretty much unrivaled off road, it wasn’t exactly comfortable. Or modern by 2020s standards. With the new Defender - and herein lies its genius - Land Rover has produced the coolest looking 4x4 on sale today without compromising any of the offroading ability that made the original great. Thanks to seriously sophisticated electronic wizardry, select the transmission setting you want based on your terrain, and the latest Defender with its new monocoque chassis can twist, climb, hop, wade, and mud-plug its way through anything its predecessor could (it has a maximum ground clearance of 291 millimeters too!) just with heaps more refinement and comfort. If you’re worried about the Defender swinging too far towards the Range Rover side of the JLR spectrum, don’t worry - steel wheels are available on entry level cars, and each model has a hoseable interior. Think of the new Defender as Agricultural Chic turned up a notch - a bit like those posh wellies that cost £360 a pair. Lovely.

The Jeep Wrangler is a big, massively capable off-roader with an equally big heart and personality
© American Car City

Like the Land Rover Defender, the Jeep Wrangler is a living legend we’re very fond of and a few years ago, it received a full revamp - inside and out - a handful of years ago. Whilst it doesn’t look as contemporary as the Defender, the Jeep design department has done a proper job in refreshing the Wrangler’s much-loved classic design. It still retains the slatted grille, circular headlights, and general no nonsense, utilitarian design of its great, great, great-grandfather, the original Willy’s MB jeeps used by the US Army in World War II. Inside, the Wrangler has also received an upgrade with more premium materials and equipment than ever before. Thankfully, the Wrangler’s off-road ability hasn’t suffered from the upgrades and it still remains capable of pretty much anything thanks to its ladder frame chassis, locking differentials, knobbly tyres, and specialised axles. We drove one of these back in July last year, and whilst it may not be as refined as some of the other cars on this list, the Wrangler is immensely fun, immensely huge, and has an enormous heart to boot. 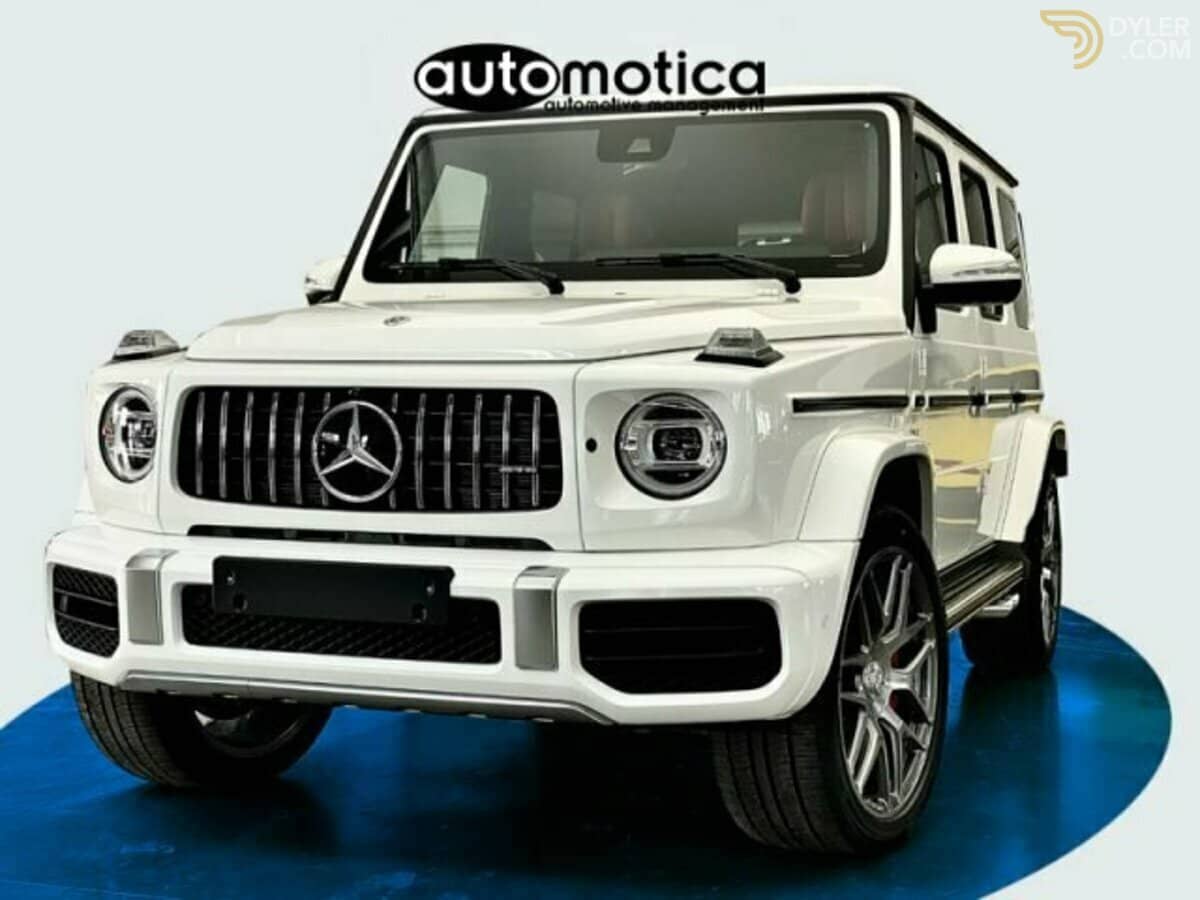 Despite what MTV and violent crime reports may want you to believe, you do not need to be called Vladimir or have tattoos on your face to enjoy the G-Class
© Automotica

In recent years, the Mercedes G-Class (formerly the G Wagen) has gained a bit of a reputation for being the vehicle of choice for Russian mobsters, as well as rapping types with gold teeth and tattoos on their faces. In spite of the unfortunate latter day stereotypes, the G-Class has always been superb off-road; Germany’s Land Rover Defender, if you will. In 2018, the G-Class underwent a serious revamp - whilst Mercedes ensured it retained its ladder-frame chassis, its AMG division went on to redevelop the suspension and the G’s all-new rack-and-pinion steering. Inside, it now boasts S-Class levels of luxury rather than Bavarian Sheep Farmer austerity. Thanks to the upgrades that Mercedes and AMG have made, the G-Wagen is now as luxurious and enjoyable to drive as it always was off-road. If only the right people bought them...