Daniel Geoghegan, the CEO of Bicester Heritage, believes that the Land Rover Discovery 3 and 4 will gain future classic status as a result of being the last in the line of utilitarian Discoverys and possessing “that Land-Rover quality of being as appropriate in a field or on a palace forecourt.”

By the time it went out of production in May 2004, the Discovery II was beginning to feel dated in comparison to newer 4x4 rivals such as the Toyota Land Cruiser, Jeep Grand Cherokee, and the BMW X5.

Whilst still clearly a Discovery thanks to its chunky, no-nonsense aesthetic, Land-Rover made the 3 look less agricultural than its forerunners thanks to a cleaner, more upmarket appearance. This Discovery, then, looked as much home in an affluent suburb of London as it would do on a rural farm in Herefordshire’s Black Mountains 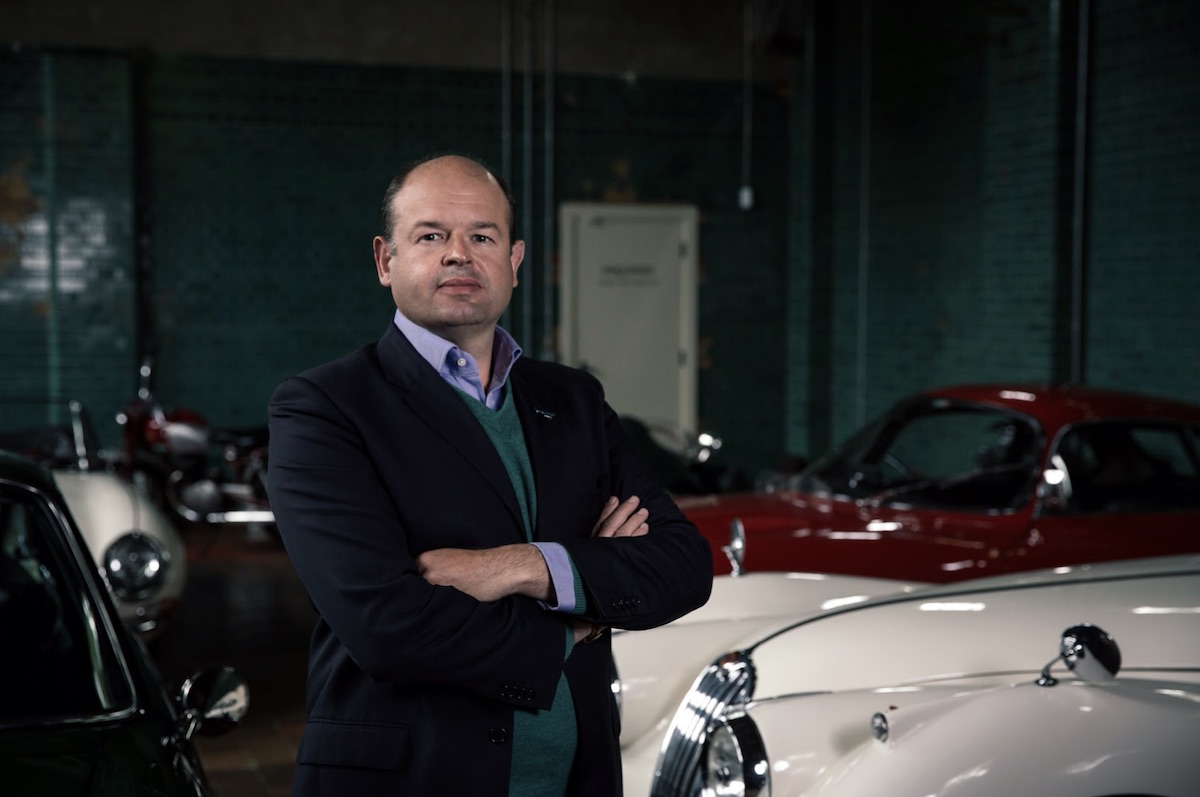 Under the skin, the Discovery 3 was all-new, too. The old ladder chassis on the previous was replaced by Land Rover’s newly-developed steel Integrated Body Frame (IBF) - a semi-monocoque steel chassis combined with a steel ladder frame to improve the car’s strength and already class-leading off-road capabilities.

The 3 was such a well-rounded machine, that Top Gear presenter Richard Hammond described it as “the best 4x4 of all-time.”

In 2009, the Discovery 3 went out of production and it was replaced by the Discovery 4. Unlike the car that came before it, the Discovery 4 was an updated version of its predecessor. It kept the classic Discovery design and IBF chassis. However, it was given an updated front-end which mimicked the smoother, rounder style that Land Rover had used to great effect on the 2010 Range Rover and Range Rover Sport.

The 4 was also a landmark vehicle for Land-Rover. It was the millionth Discovery to roll off of the manufacturer’s Solihull production line since the model was introduced in 1989.

Land Rover Discovery 4: The Last of a Generation


Fast-forward to 2017, and the 4 had been replaced by an all-new, all-aluminium model which whilst almost 500 kilograms lighter than its predecessors, had abandoned most of the traditional Discovery design cues, and its smoother, rounder aesthetic resembled the smaller, cheaper, Discovery Sport - the biggest selling car in Land Rover’s history.

“If I wanted to tuck something away for the future, it would be a perfect, late Land Rover Discovery 4, probably one of the rare V8s” Geoghegan told Dyler.com. “The design is architectural in its appeal and the driving experience is very engaging, effective and endearing.

“It’s a guaranteed future classic and has that Land Rover quality of being as appropriate in a field or on a palace forecourt.”

Regarding classic and future classic British cars, Geoghegan explained that the UK’s prestigious history and standing in the classic car world will remain strong in the face of the country’s two largest - yet vastly different - challenges at present: a potential no-deal Brexit, and the COVID-19 pandemic. 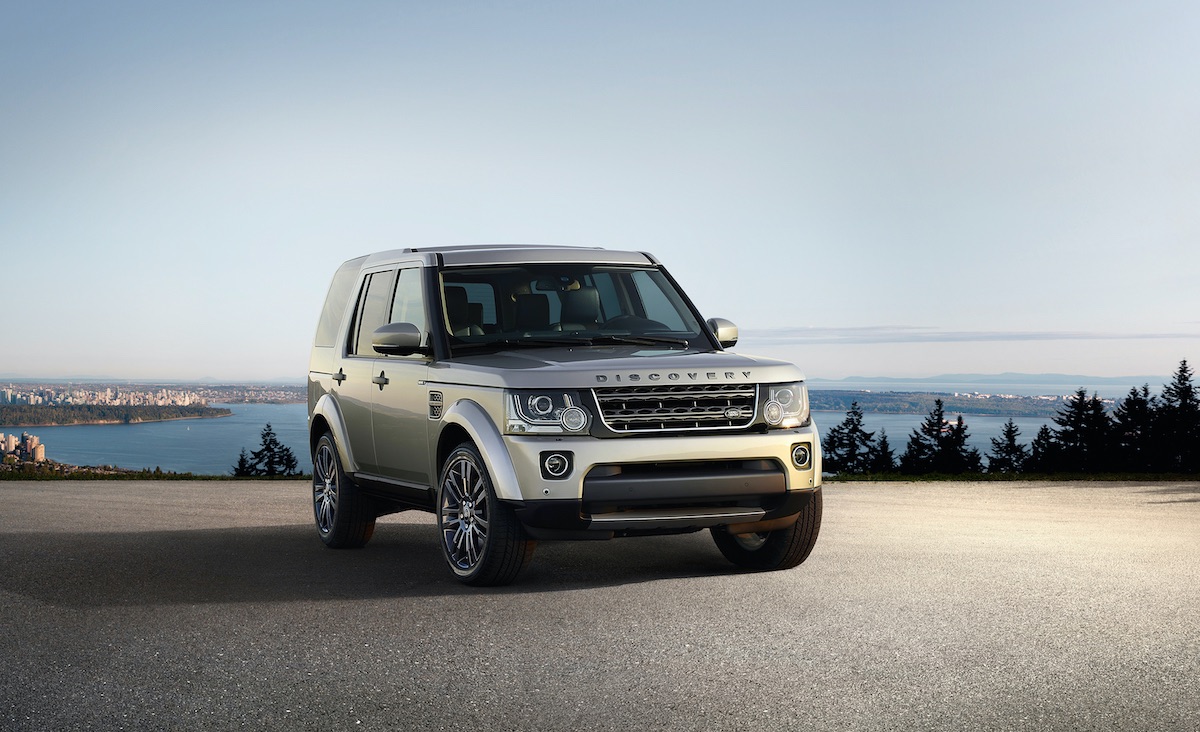 Despite initial concerns, COVID-19 has seen the UK classic car market remain buoyant as dealers and buyers have shifted online. As early as September 2020, the market was worth an estimated £570,000,000 with a clear rise in values amongst modern classics such as the Volkswagen Golf GTi Mk1, Audi quattro, Porsche 944, Morgan 4/4 V, and the Peugeot 205 GTI.

“The UK’s rich automotive history has made it the focal point of a multi-billion international industry,” Geoghegan continued. “That history doesn’t change as a result of Brexit, neither does the incredible expertise and resources that the UK has to offer.

“The COVID-19 uncertainty is very different from that of Brexit. With COVID-19, there was a frustration at the lockdown, more time on our hands, as well as a dose of mortality. These reasons combined with concerns over the safety of cash versus owning an asset, have encouraged transactions and promoted liquidity, albeit not at record-breaking prices.

“Brexit is not about mortality or medical issues, it’s about the longer, deeper economic impact. The Brexit terms themselves may have an effect on the international interest in the UK market – positive or negative - and, for British enthusiasts, real or perceived pounds in the pocket.

“If Brits still feel wealthy but suspect that the buying power of the pound is under threat, perhaps through inflation, it could encourage positive market activity.

“For the non-British, the uncertainty and economic impact could be a perfect time to buy, especially if it influences the exchange rate, although there is a risk of a potential hiatus whilst the situation - and opportunity - clarifies.

“That said, good cars can change hands only rarely, and so it can also be a risk to wait if your dream car is on the market as it may be the last time for a long time.

Bicester Heritage as a Centre of Excellence in Post-Brexit Britain


Geoghegan’s positive outlook on the UK classic car market is reflected in his expectations for Bicester Heritage in post-Brexit Britain.

He believes that the 45 classic car and classic-car related specialist businesses who operate at Bicester Heritage will work together to consolidate the 444-acre former RAF base’s reputation as a Centre of Excellence irrespective of the political and economic climate in Britain.

“Bicester Heritage operates as a Centre of Excellence,” Geoghegan concluded. “We believe that the siting of 45 leading classic car specialists in one location will ensure its national and international appeal as a go-to place for the skills and services vital to the sector.

“There could be practical impacts resulting from new Brexit customs rules and operations, but it’s a symbiotic and cross-border multi-billion euro industry.

“It’s in everyone’s interests here, and particularly our Chancellor, to find solutions and keep the show on the road.”

To discover more about Bicester Heritage, click here. To find your classic Land-Rover, please click these three yellow words to check out the listings available on Dyler.com.