Given the curveball that the COVID-19 pandemic has thrown life as we know it, the annual 2020 Goodwood Festival of Speed was cancelled. Undeterred though, the good folk from the Goodwood have created the Goodwood SpeedWeek as a stay-at-home, fully-interactive, COVID-free alternative to what is one of the UK’s leading fixtures on the international automotive calendar.

The online-only event will bring you all of the automotive sights, sounds, and thrills we’ve come to expect from the Festival of Speed and the Goodwood Revival… except you can now enjoy it from the comfort of your own sofa, as SpeedWeek is stream only!

And that got us thinking - to coincide with SpeedWeek, we’ve found some of the quickest - and very, very expensive!) supercars and hypercars up for sale on Dyler.com.

Enjoy, and don’t forget to tell us which one of these five you would like to have in your garage! 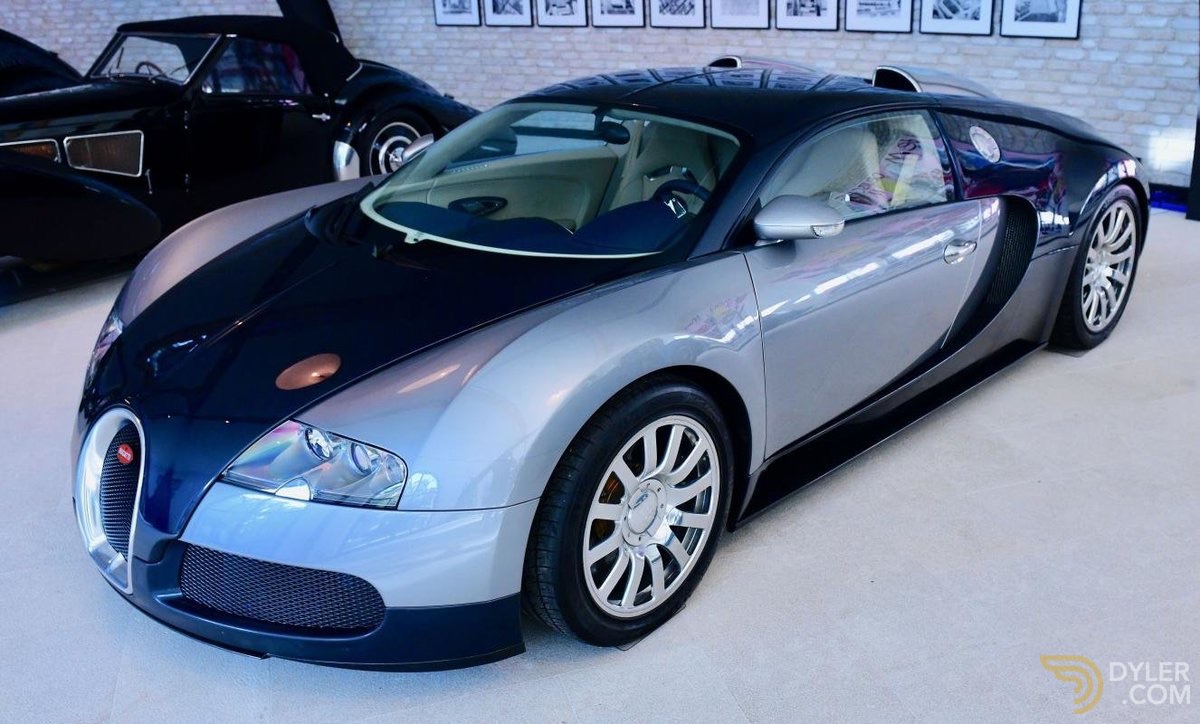 In 2005, the Bugatti Veyron broke the production car speed record after hitting a top speed of 254mph
© Vintage and Prestige

Launched in 2005, everything about the Bugatti Veyron was huge. Dimensions? Massive. It was almost five metres long and two metres wide. Price? Eye-watering. Well over £1m. Oh, and the speed? Enough to spin the moon itself. Prior to the Veyron, the world’s fastest car was the McLaren F1 which boasted a top speed of 240mph. By the time the 8.0-litre, quad-turbocharged W16-powered Veyron came around just over a decade later, it blew McLaren’s record into the weeds thanks to a top speed of 254mph. The Veyron was unlike any other car that had come before it, as it combined oligarch-levels of opulence with incredible power. The Veyron went out of production in 2015 and it has since been replaced by the Chiron which is even quicker thanks to a time-reversing top end of 304mph. However, the numbers and sheer bombasticity of the Veyron mean it can lay a very-legitimate claim to being the OG hypercar. Epic. 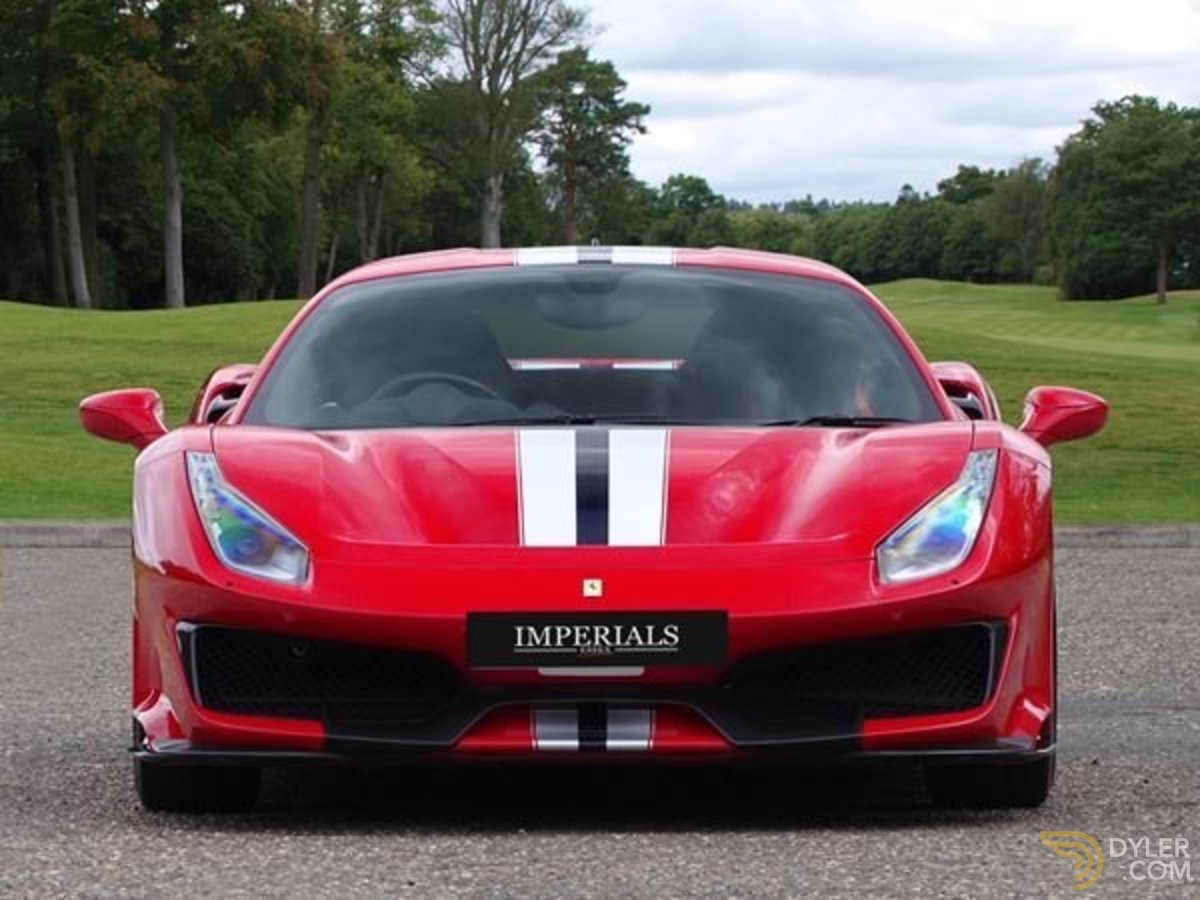 Chosen by Jeremy Clarkson as his 2019 supercar of the year and nominated by MotorTrend as their best driver’s car of 2017, the Ferrari 488 Pista can lay claim to being one of the greatest Ferraris of all time. Track-focused, and even more capable than the already incredible 488GTB. The 488 Pista is 91 kilograms lighter than the GTB thanks to Ferrari’s liberal use of carbon fibre. It’s everywhere. Ferrari have used it for the bonnet, the bumpers, the rear spoiler, and carbon fibre wheels which reduce weight by a further 40% are available as an optional extra. Described by EVO as combining a “surprisingly friendly demeanour, almost avuncular, while also being so manically fast and powerful that you step unsteadily from the car with eyes wide and breathing short”, the 488 Pista is everything great and good about Ferrari wrapped up in a single package. If this is the astonishing result of everything Ferrari has learned since 1939, the future of the Prancing Horse looks a very bright place to be. 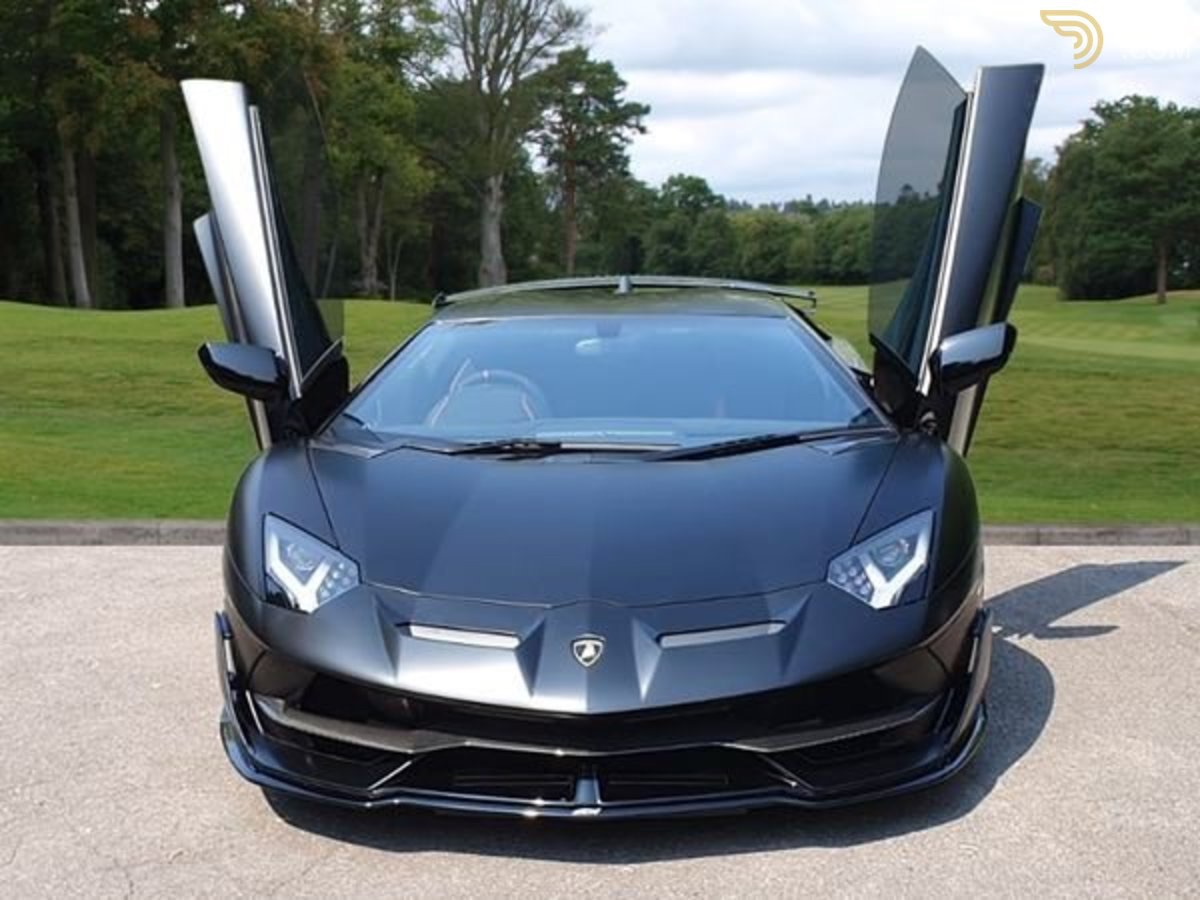 As the automotive world continues its inevitable shift to an electric future, Lamborghini is still flicking Vs at the EV lobby by creating huge, wildly impractical V12-powered supercars fitted with scissor doors. The Aventador was launched in 2011 as a replacement for the Murciélago, which replaced the Diablo, which replaced the Countach. The Aventador, then, is the latest in the line of one of the most iconic supercar dynasties of all time. While it kept many of its predecessor’s traits - V12 power and jaw-dropping looks - the Aventador was built around an all-new carbon-fibre monocoque. It’s all-new V12 made 690bhp and propelled the Aventador on to a top speed of 217mph. The Aventador isn’t as polished as newer supercars from Ferrari, Aston Martin, and even other Lamborghini models. Remember though, it’s almost a decade old now. As supercars downsize, big silly V12 behemoths will almost be resigned to the pages of the automotive history books. When that happens, it’ll be a very, very sad moment. 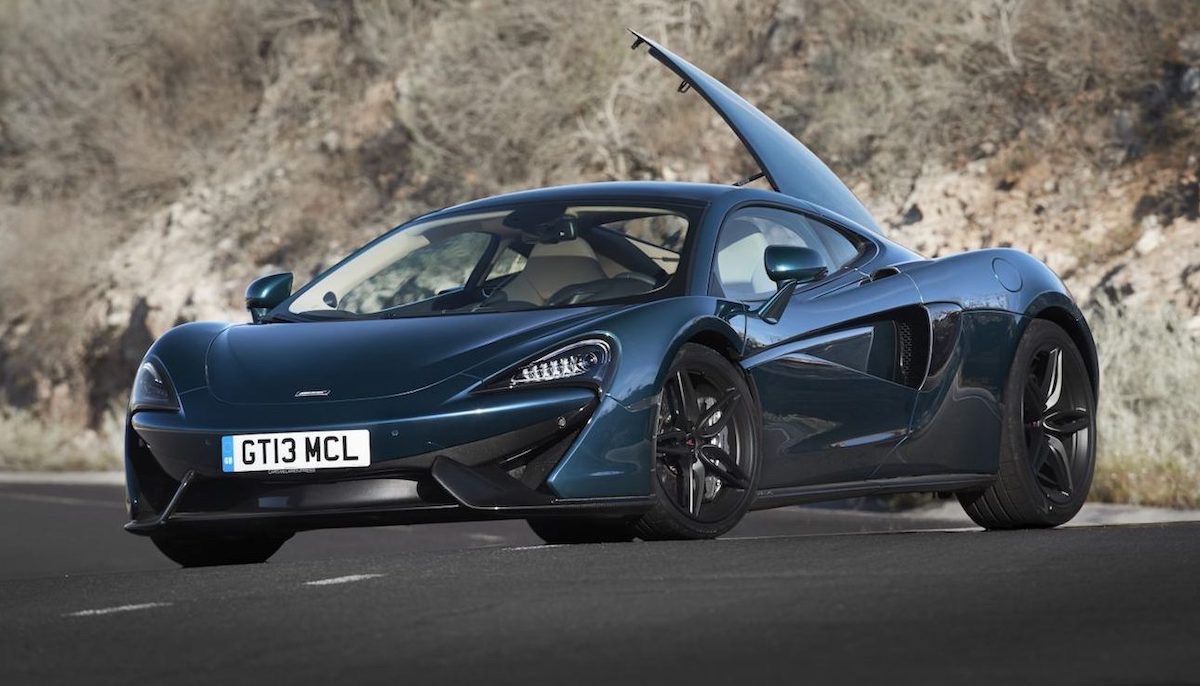 The McLaren 570GT is a softer, less track-focused version of the McLaren’s mighty 570S supercar. The 570GT is still more than capable of hitting speeds of over 204mph, but it rides softer than the S - its front springs are softened by 10% at the front and by 15% at the rear. Its carbon-fibre body and cabin has been soundproofed to make the 570GT comfortably quiet on long drivers. To add to the claim that the 570GT is the supercar that you can use every day, McLaren says that it has even more boot-space than a Ford Focus. Despite the added creature comforts that add an additional 37kg to the standard 570’s weight, the GT still boasts one of the best chassis in the class and prodigious amounts of grip. Prior to the 570GT, all McLarens from the MP4/12C to the P1 were designed to be supercars or hypercars. Not GTs. The 570GT is a brave move into unchartered waters from Zac Brown-era McLaren, and it appears to have paid off. This car is very much a first for the company and for that reason alone, the 570GT falls very much into the future classic car category. 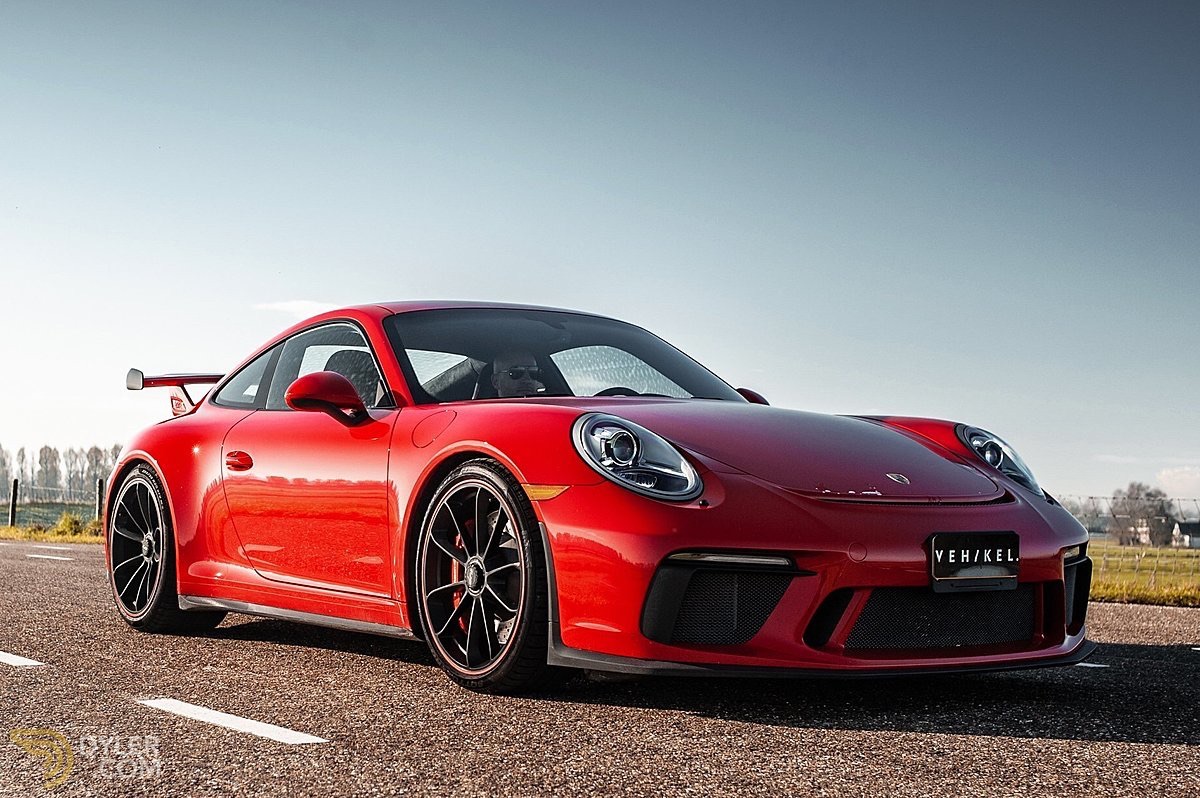 There isn’t really such a thing as a bad Porsche 911, so for this GT3 to be described as “the most involving 911 ever”, it’s pretty much the highest praise that Porsche’s iconic car could receive. The 991 GT3 combines all of 911’s trademark usability with laser-focused handling, a screaming 4.0-litre flat six engine, and a six-speed manual gearbox that gives you the sensation of being part of this astonishing machine. In an automotive world of downsized turbocharged engines and automatic gearboxes, the GT3’s naturally aspirated motor and its manual ‘box are its party pieces and a nice reminder of how good Porsche is at making cars - it’s an old-school supercar that fits very much into a 21st century narrative.