Max Girardo, the founder of the Girardo & Co classic car dealerships, says that “from a business perspective, there is absolutely no advantage to Brexit.”

This is due to a number of obstacles faced by classic car dealers in the United Kingdom and the European Union as a result of new legislation that was introduced when the UK left the EU on December 31st 2020.

In an exclusive interview with Dyler.com, Girardo explained that the biggest challenge facing the post-Brexit UK classic car market comes largely from a new 20% Value Added Tax (VAT) placed on cars which are less than 30 years-old, and imported and exported to-and-from Europe.

Prior to Brexit, buyers looking for a specific modern classic car may have looked towards the EU to find a specific model. With a Brexit-induced 20% VAT hike slapped upon British and European classic car enthusiasts, this has led to fewer sales and purchases being made on both sides of the Channel.

“If you have a UK-taxes paid classic car, it’ll now be very difficult to sell it in the EU,” Girardo tells Dyler.com. “Prior to Brexit, this was absolutely no problem at all.

“Now if you have anything 30 years-old or less, someone selling a classic car from the UK will have to pay 20% surplus VAT to sell it to a classic car buyer in the EU. Having said that though, a UK buyer will also have to pay an import tax to get it over here from an EU member state. 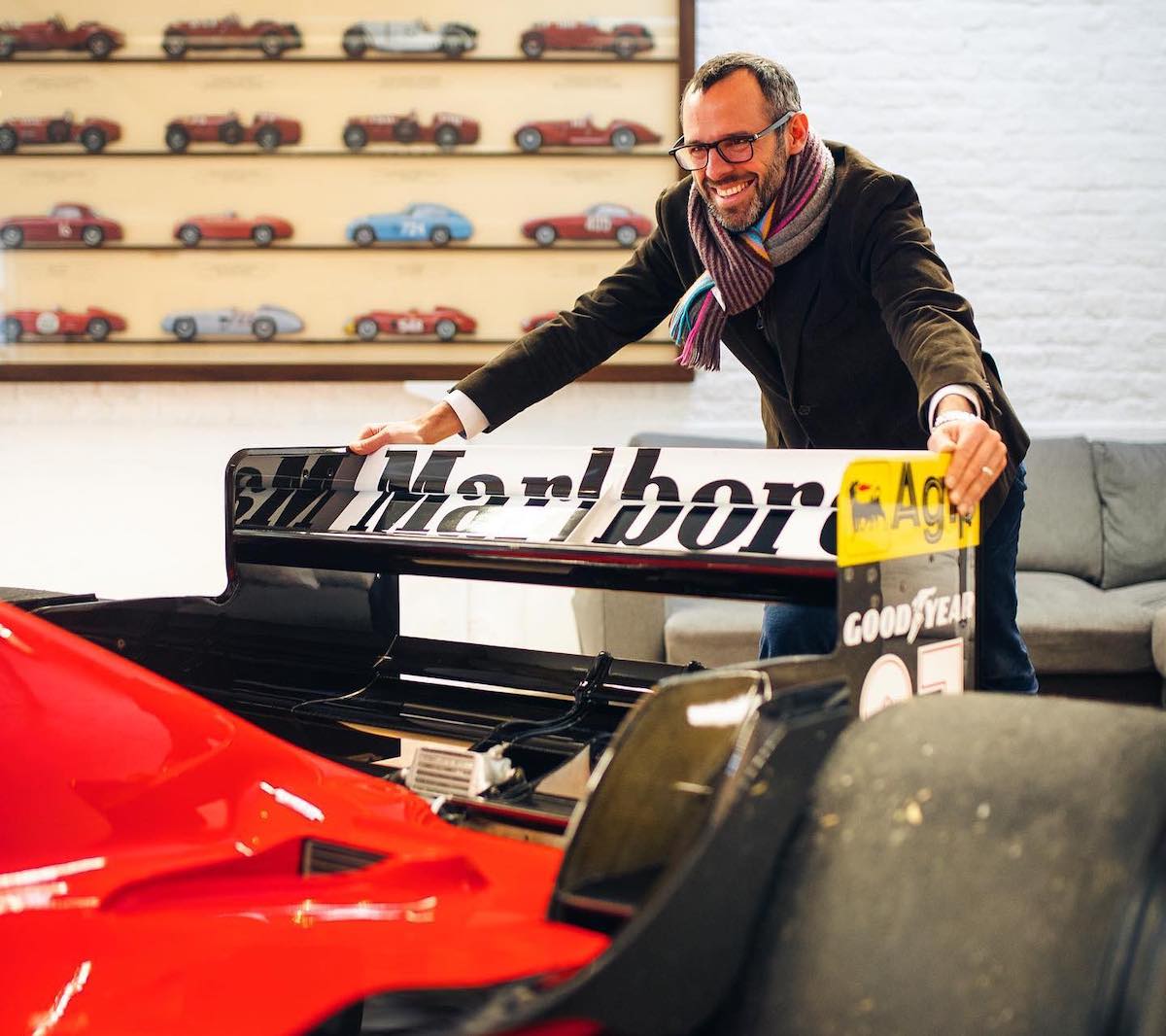 “This means that overall, the pool of cars is smaller now and Brexit has definitely thrown up some challenges. From the perspective of a classic car enthusiast and from the viewpoint of Girardo & Co as a business, there is absolutely no advantage to Brexit because it makes our cars a little less sellable to the rest of Europe.

“I think an open or market would be better because it gives everyone involved - in the UK and in Europe - more options.”

The UK’s highly classic car industry was estimated to have contributed £8.7bn to the economy in 2020 in terms of GVA (Gross Value Added).

Whilst Girardo and other British classic car experts believe that post-Brexit trade relations between the UK and EU classic car markets will eventually normalise, it is also down to the now “smaller pool” of buyers to help keep it thriving throughout 2021 and beyond.

Before Buying That Dream Classic Car, Max Girardo Advises You To Take Into Account The Following Advice...

“If you fall into the first category and want a classic car as an investment, then the best thing I can suggest for you is buy a limited edition car, and don’t drive it. Don’t register it, just park it, and service it every year.”

Girardo started his automotive career in the late 1990s at the world-renowned Bonhams auction house. In 2006, he moved to the equally prestigious RM Sotheby’s Europe to take up the role of Managing Director.

Whilst at Sotheby’s, Max oversaw a total of 80 international auctions grossing US$1.5 billion in sales, sold nine of the 20 most valuable cars ever sold at auction, and settled US$250 million worth of private treaty sales.

In 2016, he left Sotheby’s to set up Girardo & Co which has a dealership in Oxfordshire, UK, and another in Turin, Italy.

Given that Girardo uses a modern Alfa Romeo Giulia Quadrifoglio as his daily driver and can often be found behind the wheel of - amongst other exotic classic cars in his garage - a Lancia Stratos HF, it also comes as no surprise that he believes classic cars should be driven and not just looked at. 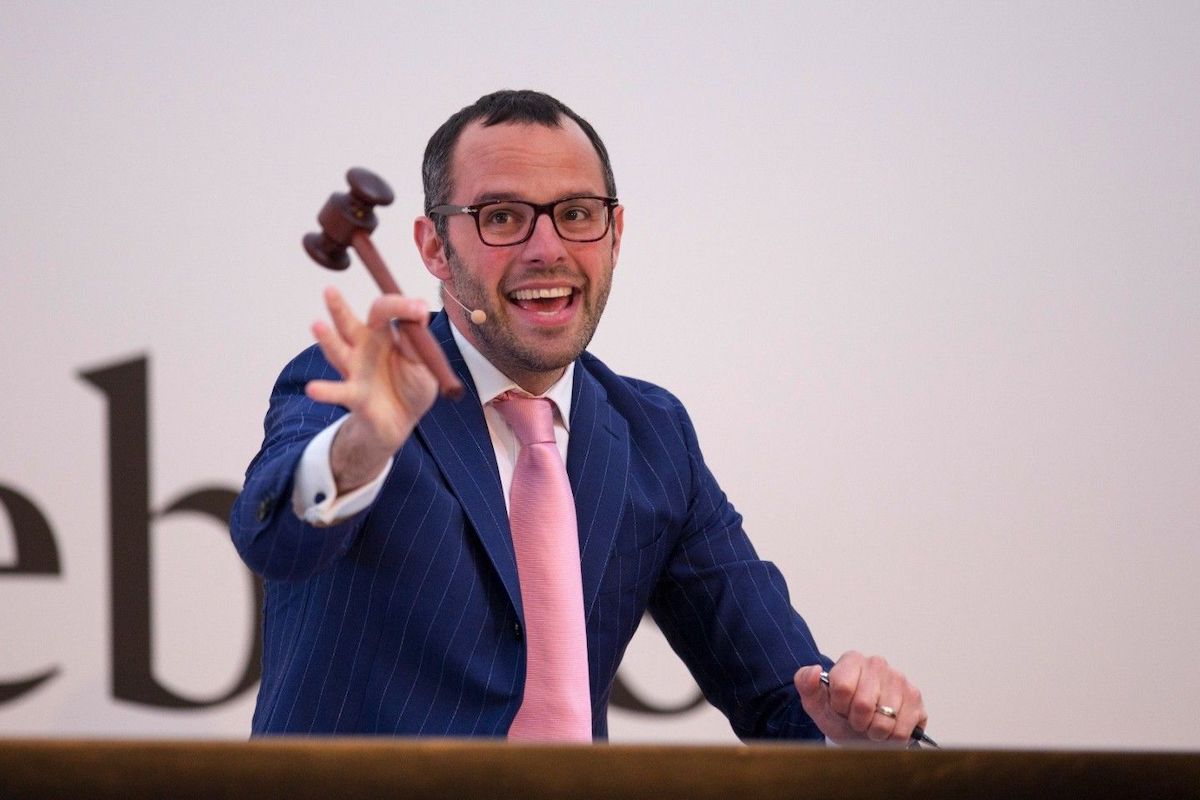 “I’m not a big believer in buying a classic car to just look at,” he says with a laugh. “Maybe that’s because I love cars too much, I don’t know! But I think you should enjoy what you buy, and you should go out on drives and use them for what they were made for.

“My overall advice is to buy what you love because in terms of pleasure and happiness, that will give you the biggest return on the money that you spend.

“When you open the garage on a Sunday morning, see a Ferrari F40 staring back at you and know that you’ll be driving it very soon, that will give you much more happiness than any profit you can make on it. What’s more, if you really love the car you buy, you’ll only sell if someone gives you a massive amount of money for it.

“My final piece of advice would be that whatever classic you’re buying - whether it’s a Citroën 2CV or an Aston Martin DB5 - would be to be to buy the best you can afford. It’s sad to say, but usually when a classic car is cheap, it’s cheap for a reason. If there’s one thing I learned over the last 20 years or so, it’s that you will never go wrong with buying the best example of a car.”

Throughout the time we spent with Girardo (as well as time spent on the Girardo & Co website), it’s evident that he loves Italian cars. Despite self-deprecatingly referring to himself as a “plastic Italian,” Girardo is keen to point out that his pride in having Italian family and the Italian obsession with La Bella Figura - even in car design - are the driving forces behind his passion.

The reasons of family and aesthetics are also why he chose an Alfa Romeo Giulia Quadrofoglio over an equivalent AMG Mercedes-Benz or BMW M Car. As an FYI, the Giulia Quadrifoglio is a 503bhp, twin-turbo super saloon which does 0-62mph in 3.9 seconds. The top speed? A Porsche-911 beating 192mph.

Is the Giulia Quadrifoglio a future classic? Without a doubt.

“Don’t get me wrong, I love all kinds of cars,” he concludes. “Largely though, I’d put my love for Italian cars down to having Italian roots and the Italian car industry having an enormous amount of heritage with names like Lancia, Alfa Romeo, FIAT, Maserati and Ferrari. 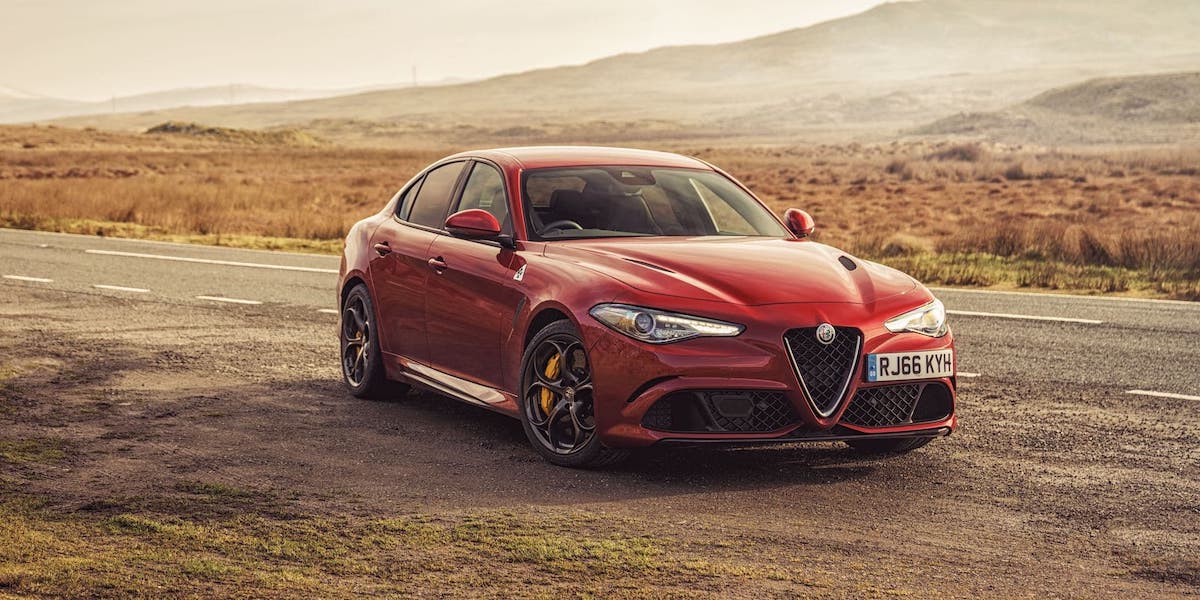 The Alfa Romeo Giulia - the Italian super saloon driven by Max Girardo as a daily - is without doubt a classic car of the future
© Media.Stellantis.com

“During the mid-1990s to early-2000s, the Italian car industry really went through a tough time but I think there was a comeback about five years ago that’s still happening now. It’s fair to say that Italy is once again making really great, really interesting cars like they used to in the 1950s and 1960s.

“As an example, I drive a new Alfa Romeo Quadrifoglio as my daily driver. One of the reasons for having that car is because the equivalent BMW M3 or Mercedes C63 AMG is much more common, and the Alfa is a bit more exotic and just more fun, really.

“I find that cars from Italy are always a bit more esoteric than cars from other countries, and that’s why - for me at least - Italians make the best cars!”

Dyler.com would like to thank Max for taking the time from his busy schedule for this conversation. Furthermore, we are very happy to let you know that Girardo & Co has started listing their classic cars on our website. To take a look through their listings with us, please click here.