This Week in Cars: A Selection of Classic Cars For Sale From Girardo & Co

When it comes to classic cars, if there is anyone you should listen to for advice, Max Girardo is one of those people.

Now one of the most-respected names in the world of classic cars and classic car auctions, Max started his illustrious career with the world-renowned Bonhams auction house in London.

In 2006, he moved to the equally prestigious RM Sotheby’s Europe to take up the role of Managing Director, which cemented his reputation as one of the world’s leading classic car experts and auctioneers - whilst at Sotheby’s, Max oversaw 80 international auctions grossing US$1.5 billion in sales, sold nine of the 20 most valuable cars ever sold at auction, and settled US$250 million worth of private treaty sales.

In 2016, he left Sotheby’s to set up his own network of classic car dealerships, Girardo & Co, which has a dealership in Oxfordshire, UK, and another in Turin, Italy.

At Dyler, we are very proud to have Girardo & Co recently join us as one of the many prestigious classic car dealers who list their classic cars for sale on our site.

Finally, this week in cars includes five of our favourite listings from Girardo & Co including an ex-Mario Andretti Alfa Romeo F1 car, and the avant-garde, all-aluminium Aston Martin V8 Volante Zagato from 1986.

To round things off, we would like to say a huge thank you to all of the dealers who list their cars on our site, our readers who keep coming back each week, and everyone else who supports what we do. You’re all very much appreciated, and we hope that together we can keep on building something great throughout 2021 and beyond.

All the best, and we’ll see you next week! 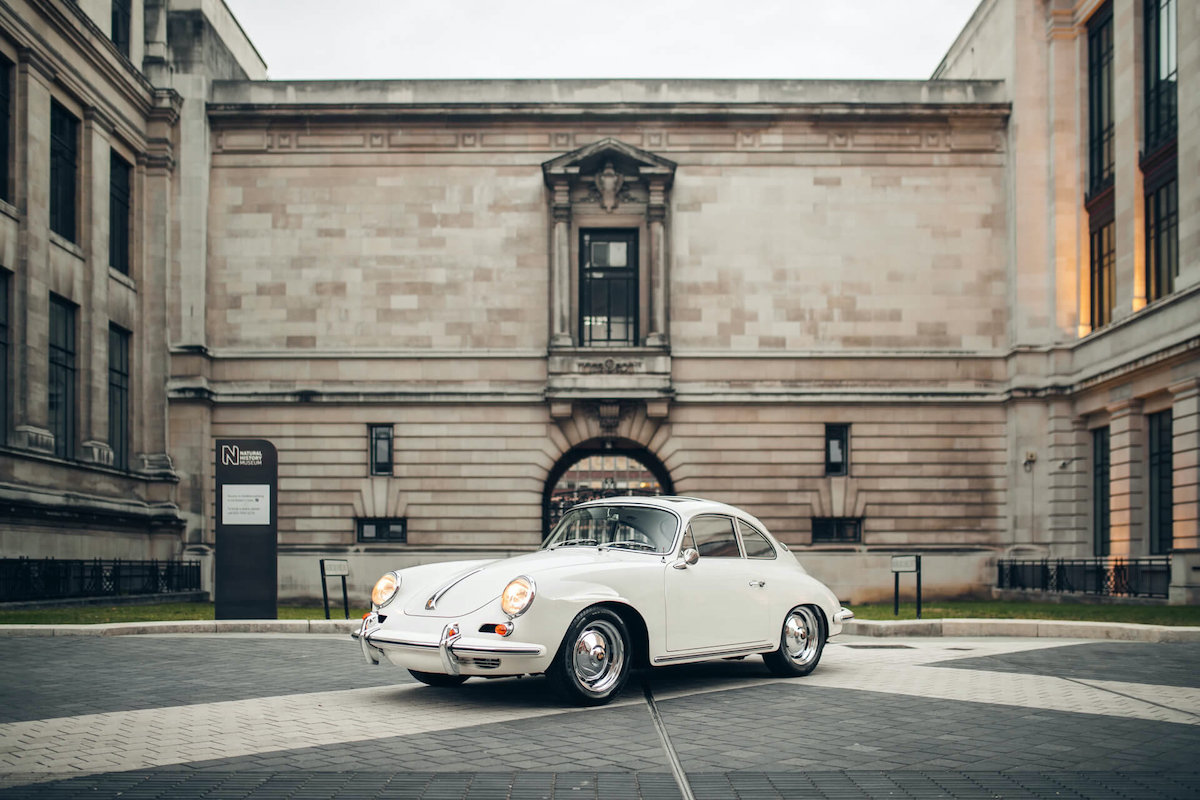 Porsche made a number of improvements inside-and-out to the 356 B, which is one of the reasons why a well-loved one will reach over EUR 500,000 on the classic car market
© Girardo & Co

From 1948 to 1963, Porsche produced the 356 - a rear-engined, air-cooled, rear-wheel-drive sports car that would lay the blueprint for one of the most beloved cars in automotive history. Throughout its life, the 356 was divided into four models, the 356, 356A, 356B, and 356C. Within the Porsche community, the 356B is the most popular model amongst enthusiasts. It featured a number of improvements including a longer bonnet, improved visibility, and an improved cabin. The improvements Porsche made inside were a day/night mirror, an (optional!) electric sliding sunroof, and all-round better ergonomics. For the early 1960s, these features were some serious kit. The most important thing about the B was the return of the Carrera name to the 356 line-up. Carrera 356 Bs were fitted with an air-cooled 1,996cc race-derived motor which produced 130bhp thanks to improvements made to the all-new aluminium cylinder heads. Porsche only made 278 Carrera 356 Bs, which - along with other factors such as Porsche’s motorsport heritage and the illustrious Carrera moniker - is why a well-restored car will easily fetch over EUR 500,000 on the classic car market. 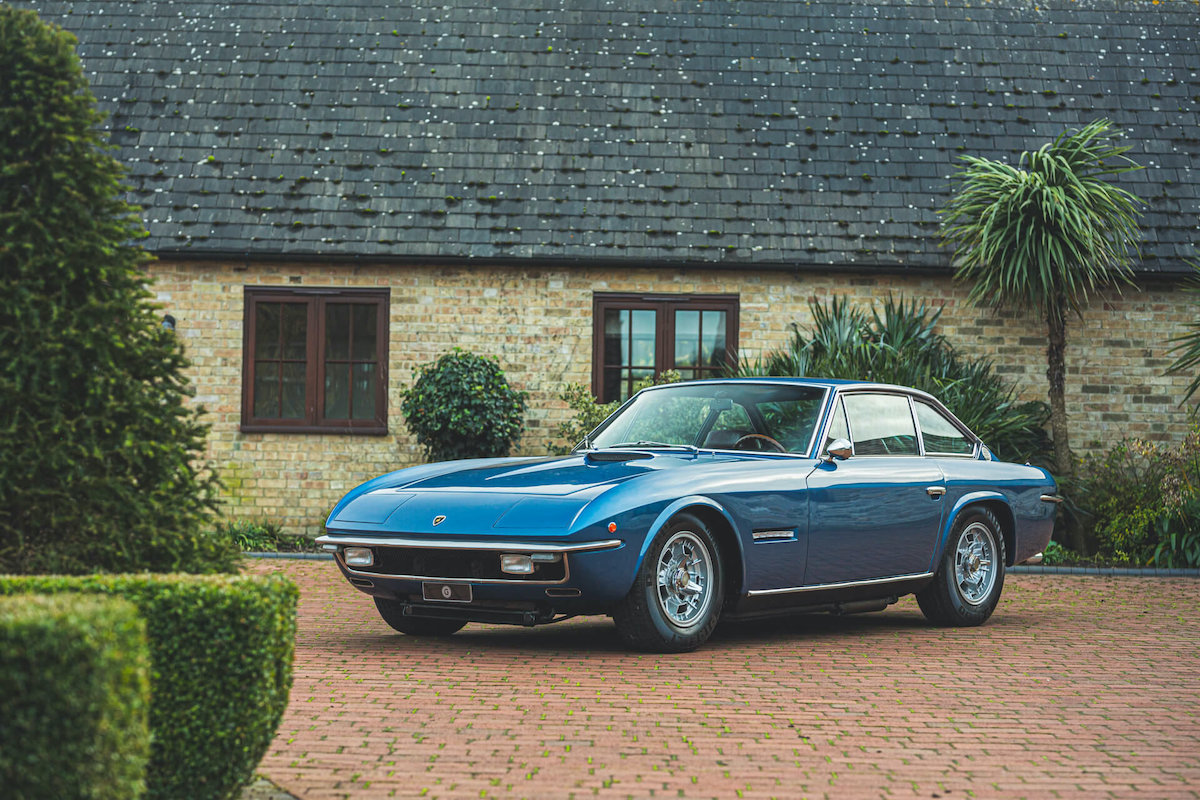 With only 300 units made, Lamborghini Isolero is one of the rarest Italian classic cars you can find, and this one is for sale
© Girardo & Co

When it comes to Lamborghinis, the Isolero isn’t a name that immediately comes to mind. There would also be a good reason for this, too - from 1968 to 1969, only 225 Isoleros were made. The ‘S’ you’re looking at here is even more exclusive than the standard car, because just 75 of all 225 Isoleros produced were this particular high-performance model. For the Isolero S, Lamborghini squeezed a further 25bhp from the 3.9-litre V12 which the S shared with the base model, added a larger air scoop to the bonnet, and beefed up the wheel arches. Despite being part of Lamborghini’s line-up at the same time as the striking Miura and Espada, and even featuring in the Roger Moore film The Man Who Haunted Himself, the Isolero struggled - for some reason - to catch on. Despite its relative anonymity though, it’s one very cool classic car, and very much a case of “those who know, know”. 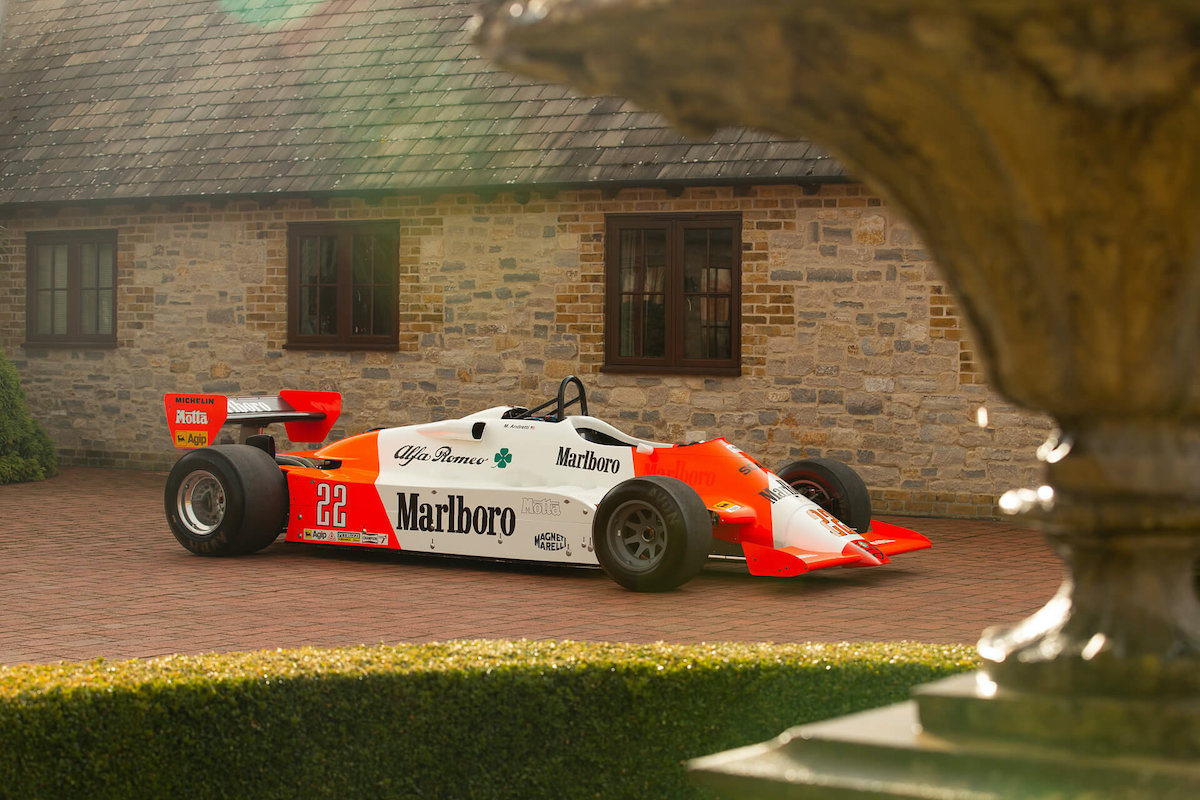 Red and white Marlboro livery, driven by Mario Andretti, and fitted with a howling Italian V12 - are there many F1 cars cooler than the Alfa Romeo 179C?
© Girardo & Co

It isn’t often that a Formula 1 car comes up amongst the classic cars for sale on Dyler. It’s even rarer to have one that was driven by an F1 title winner. And the winner of the Indy 500. And the Daytona 500. Well, that’s exactly what this Alfa Romeo 179C is! The 179C was driven by former F1 title winner Mario Andretti whose name needs little introduction. Unlike the Alfa Romeo F1 team of today which is essentially a branding exercise with the Sauber F1 team, the story from the 1950s to the ‘80s was very different. The Alfa Romeo team of four decades ago was a full-works operation, and the 179C of 1981 was one of its very last efforts before Alfa (then!) withdrew from the sport four years later. Fitted with the period hydro-pneumatic suspension to simulate ground-effect and naturally-aspirated 3.0-litre V12, the 179C - complete with the iconic red and white Marlboro livery - was a podium finisher in 1981 at the Caesar’s Palace Grand Prix in Las Vegas behind the Williams of Alan Jones and the Renault of second-place man Alain Prost. In summer 2020, the 179C you see here has had its screaming V12 engine fully rebuilt. Since then, it has only had one hour of running. Meanwhile, Its chassis, brakes, suspension, and gearbox were also thoroughly inspected by Steinke Sportwagenservice Racing Division in Germany. More information on this Masters Historic Formula 1 series-ready car below! 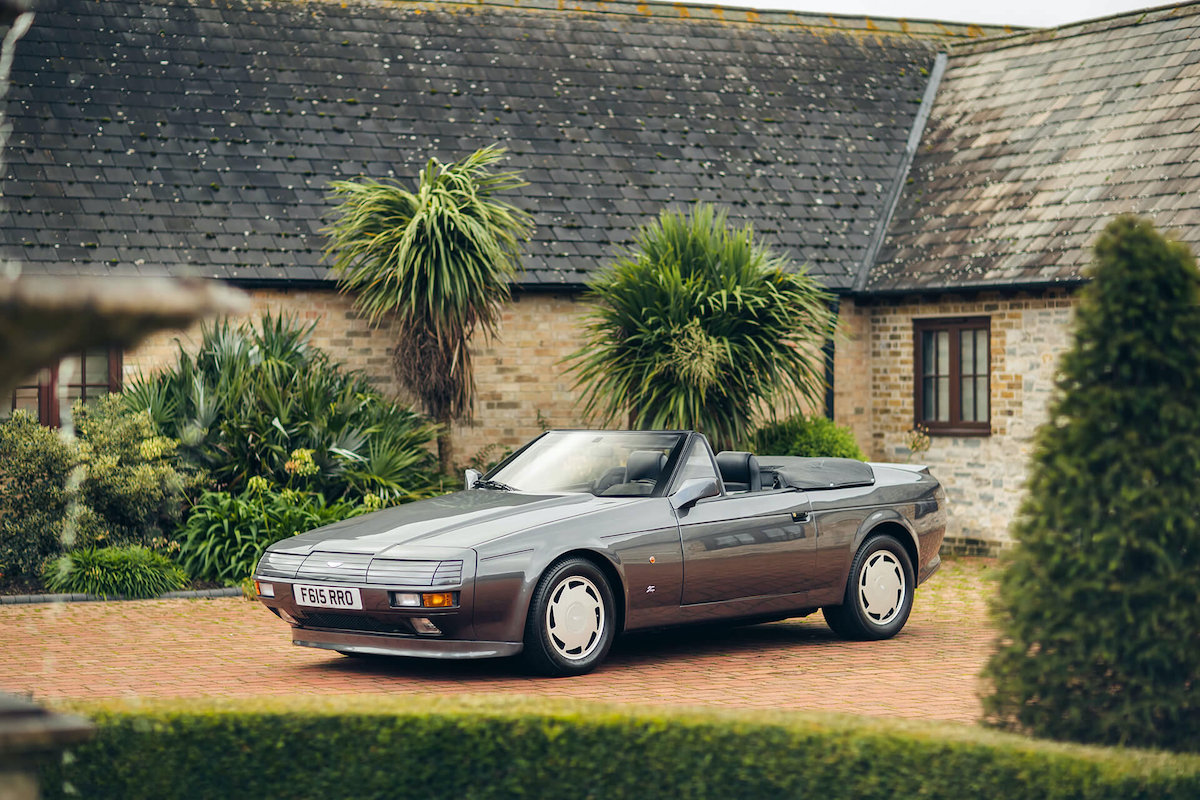 With its avant-garde looks and all aluminium construction, the Aston Martin V8 Zagato split opinion on launch - yet low production numbers, high performance, and an all-aluminium body have made it one of the most sought after classic cars in years
© Girardo & Co

The Aston Martin V8 Zagato arrived at the 1986 Geneva Motorshow, some 23 years after the original DB4 Zagato. Fashioned entirely from aluminium and handbuilt at the Zagato coachworks in Milan, the V8 was the most exclusive and driver-orientated Aston Martin at the market at the time. The V8 Zagato was praised for its sharp handling - no doubt a result of being almost 200 kilograms lighter than the brutish, standard Aston Martin V8 Vantage - and ease of use. Like any good Aston Martin, the V8 Zagato could consume miles with ease. However, its lightweight construction meant it was easy to use and comfortable around town. Just 89 V8 Zagato coupes and convertibles were made, so it wasn’t a cheap car. In fact, prices at launch in 1987 started at £100,000 but what was to be expected when celebrities including Rowan Atkinson and ‘The Best Beatle’ George Harrison were part of the owner’s club? Rare, exclusive, and with a top speed of 186mph, the V8 Zagato comes with a hefty price tag, but that hefty price tag is there for a reason. 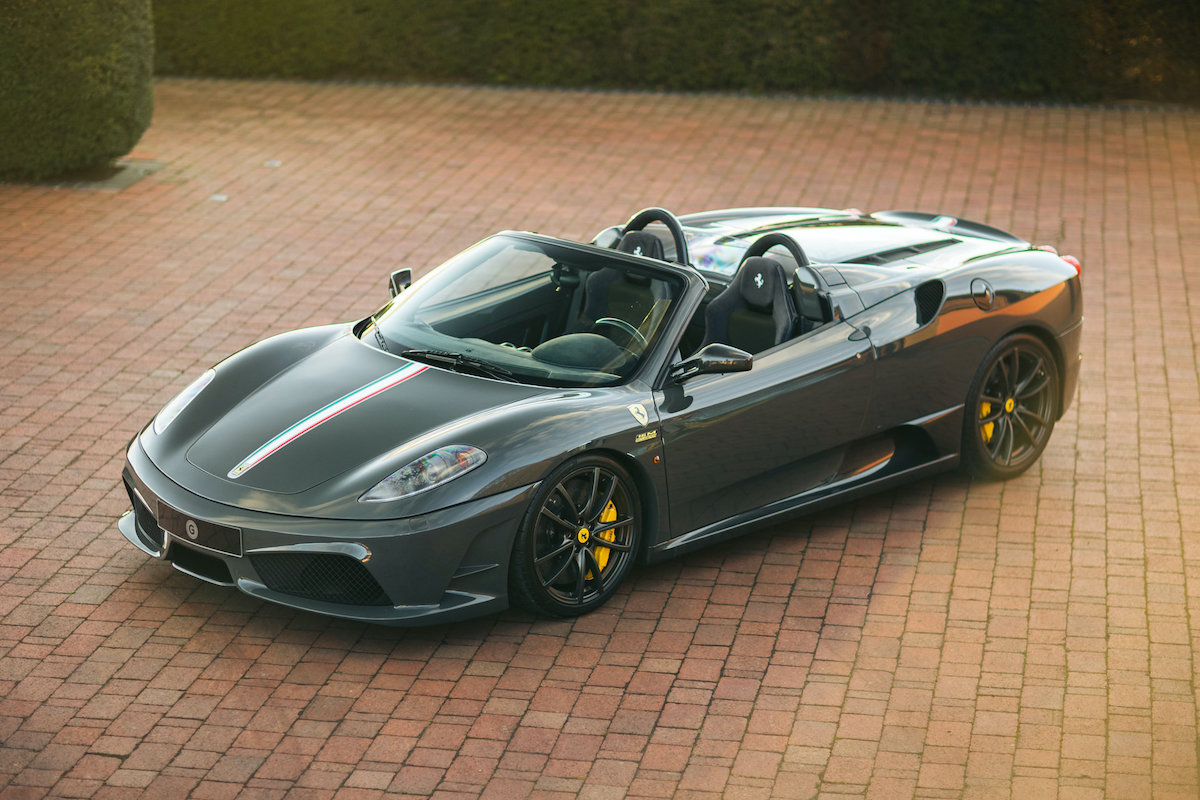 That’s right. This Ferrari F430 is as rare as a LaFerrari hypercar. Here’s why: going into the 2009 Formula 1 season, Scuderia Ferrari were celebrating their 16th F1 Constructors Championship despite then-driver heartbreakingly Felipe Massa losing out on the driver’s crown to Lewis Hamilton at the last round of the 2008 season in Brazil. Despite being beaten at the last minute by McLaren in the driver’s stakes, the Scuderia celebrated its 16th manufacturer’s title by building just 499 16Ms. This low production number is what makes it as rare as the LaFerrari. The Scuderia also crammed plenty of F1-inspired tech under the skin, including an upgraded suspension and carbon-ceramic braking systems. The pistons of the 16M’s V8 were also completely redesigned to improve its compression rate. The result? Lots of noise, and lots of fury. The car here spent most of its life in Japan, and over the last 11 has been serviced annually by Ferrari and has covered just 10,975 kilometers during its lifetime.