This Week in Cars: Five Supercars Made By Five Teams Competing in The 2021 F1 Season

If you hadn’t already noticed, we’re quite excited about the 2021 F1 season which starts this Sunday. In fact, we’re that buzzed about it, this edition of This Week in Cars is all about machines made by some of the manufacturers vying for honours in the upcoming F1 season.

Best of all, you can buy all of the cars included in the feature on Dyler.com.

As part of our F1 season celebrations (did I mention we’re excited about the season opener?), we’ve unearthed an Aston Martin DBS, which is the Gaydon-based carmaker’s new flagship, and despite its epic 211mph top speed, is massively geared towards cruising and getting people to look at you and take photos on their smartphone.

Alongside the Aston Martin, we have found a Ferrari F8 Tributo which is a culmination of all the great V8 Ferraris into one, eye-swiveling fast package, and the 191mph, Alfa Romeo Giulia Quadrifoglio which is aimed at the driver who’s not particularly interested in the BMW M3 or the Mercedes C63 AMG...

...Or bluetooth headsets. Or Oakley sunglasses.

There is also a Mercedes AMG GT R which despite being famed for mostly going sideways, is much easier to live with than you think, and a very orange and very loud McLaren 650S.

We have also written a two-part season F1 season preview for you to get acquainted with the teams and drivers taking part in the 2021 F1 championship. You can read Part 1, and Part 2.

And that’s everything for this week! If you’re anything like us, you’ll be spending the weekend watching the F1 2021 season opener and not really doing much else.

Thanks for reading, enjoy the race, take care, and we’ll see you again next Friday! 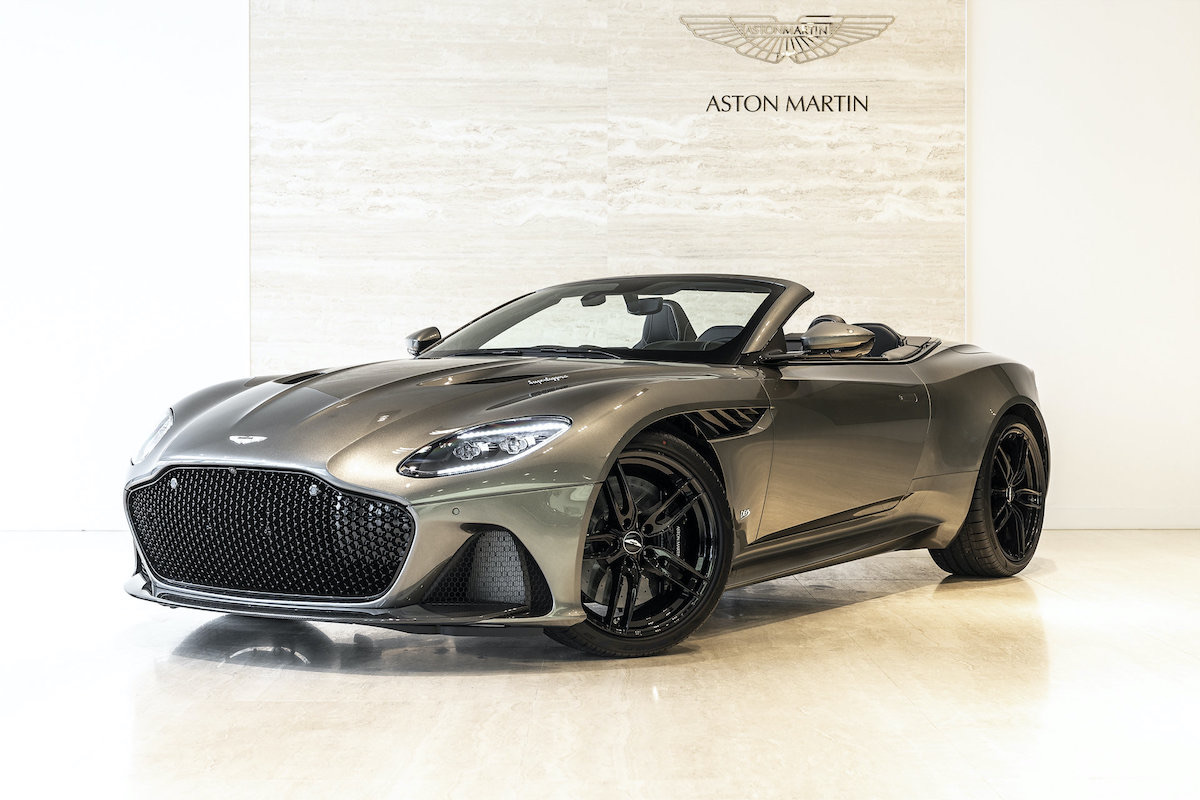 The Aston Martin DBS is the replacement for the much-loved Vanquish, and it’s one hell of a follow-up act. Nothing about Aston Martin’s flagship is subtle. It’s powered by a thundering 5.2-liter V12 which produces 715bhp and a top speed of 211mph. Brand new? That’ll be a price tag well into six figures, thank you very much. Whilst comparable to the Ferrari F8 Tributo and the McLaren 720S in performance figures and pricing, the DBS is more of a grand tourer despite having enough power to spin a small moon. It’s very much a cruising machine that’ll attract attention through its good looks and sense of theatre, rather than an outright supercar. The DBS is one of the new-era Aston Martins produced under the leadership of Lawrence Stroll and Tobias Moers, and if that’s an indication of what’s to come, then the future of Aston Martin looks very bright indeed. 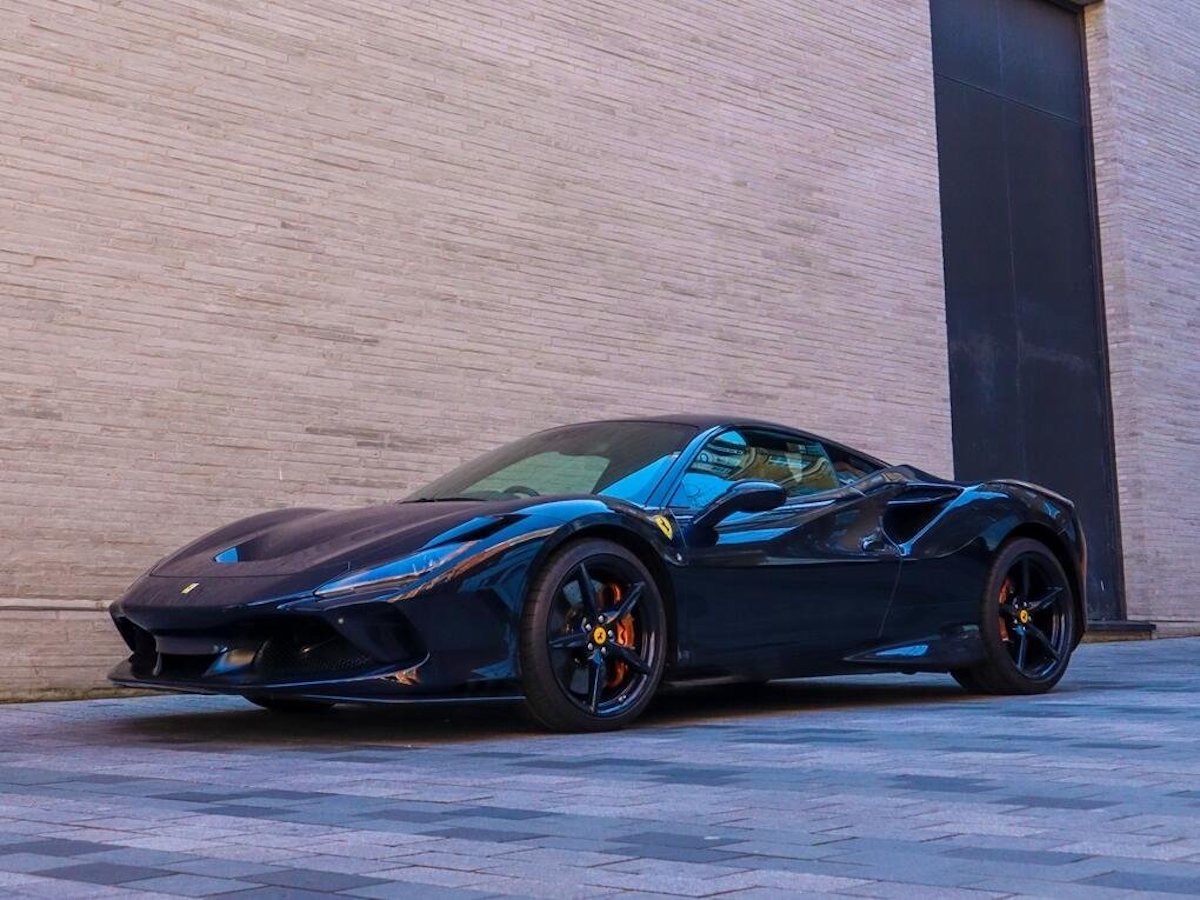 The F8 Tributo is a tribute act to Ferrari’s iconic twin-turbocharged V8 engine, and other V8 Ferraris of yore including the legendary F40
© Imperials LTD

The Ferrari F8 Tributo is essentially a heavily facelifted version of the Ferrari 488, and a send off for the much-loved Ferrari 3.9-litre twin-turbo V8 which according to the International Engine of the Year jurors, is the best engine of the last two decades. With the F8 Tributo, Ferrari has managed a fitting tribute (geddit?!) and created what much of the motoring world has described as a sensory overload, and a loud one at that. Very loud. With a top speed of 211mph, some car writers have even questioned if it’s too fast for the road. The F8 doesn’t stop at its tribute to what’s powering it, either - the wrap-around rear spoiler is a nod of its rather beautiful head to its great-great-great grandfather, the 308 GTB. Meanwhile, the clear Lexan engine cover is a hat-tip to the iconic Ferrari F40, and quadruple rear lights are reminiscent of another distant V8-powered senior relative, the Ferrari F430. Ferrari has no plans to make another twin-turbo V8 road car and is reportedly working on a turbocharged V6 engine as a replacement. There will be Ferraris in the future. Of course there will be. There won’t be another Ferrari quite like the F8 Tributo, though. Enjoy it. 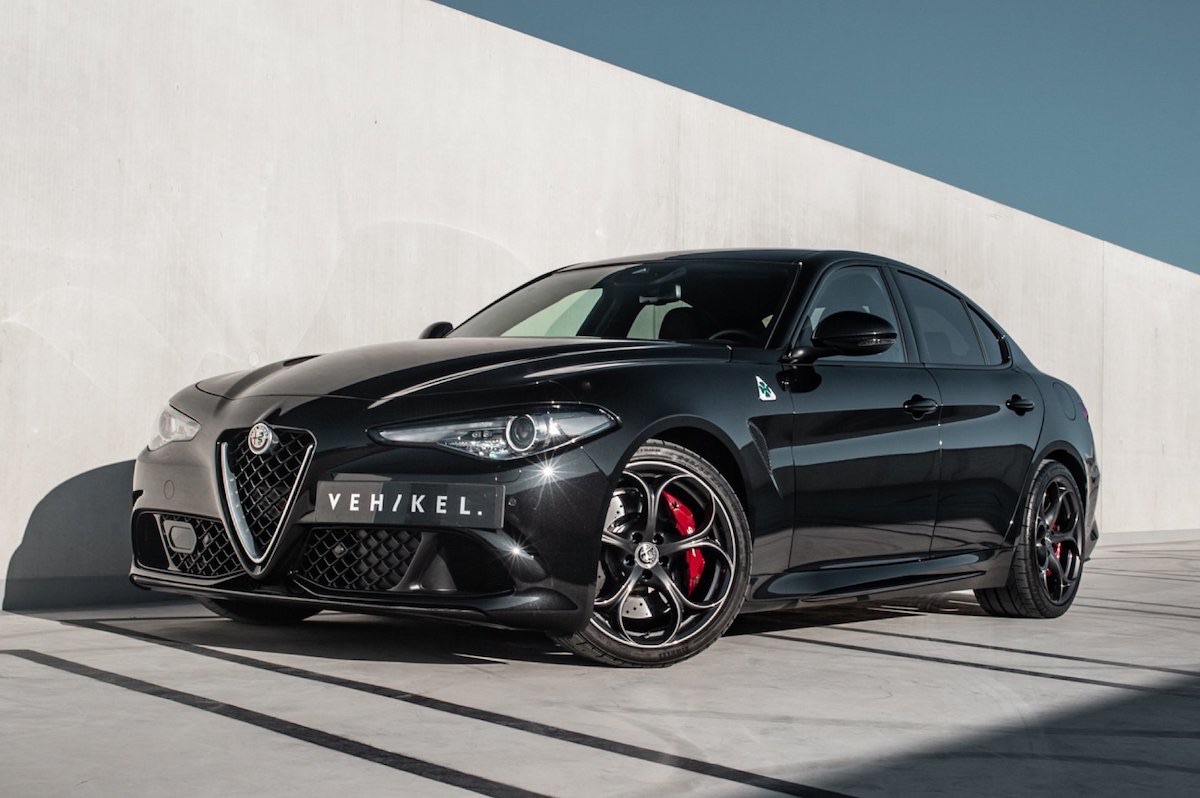 In a world of BMW M3s and Mercedes C63 AMGs, be an Alfa Romeo Giulia Quadrifoglio
© Vehikel

The Alfa Romeo Giulia Quadrifoglio is Italy’s answer to the BMW M3 and Mercedes-Benz C63 AMG, and whilst the two German cars are shouty and geared towards people who shout at their spouses in public, the Alfa goes about the business of being a super saloon in a very, well… Italian kind of way. It’s aggressive without being obnoxious, and it has a sense of theatre and - unlike the Germans - a sense of fun about itself. It’s also peak sprezzatura or “not trying to look like a stunner, but managing to do so anyway.” Under the hood is a 505bhp, 2.9-litre V6 which will hurl you into the horizon at a top speed of 191mph, and will go from 0-62mph in less than four seconds. The Giulia Quadrifoglio’s party pieces are its rear-wheel-drive and featherlight, responsive steering, which captures the zip and fizz of Alfas of old. There’s even a thin steering wheel to fully give you that Alfa magic. Don’t believe us about how good the Giulia Quadrifoglio is? Ask Max Girardo. He’s got one. So does Jeremy Clarkson. The Giulia is a left-field choice, and it’s far from perfect. But it’s different to any other super saloon out there, which is why it’s a future classic of our times. 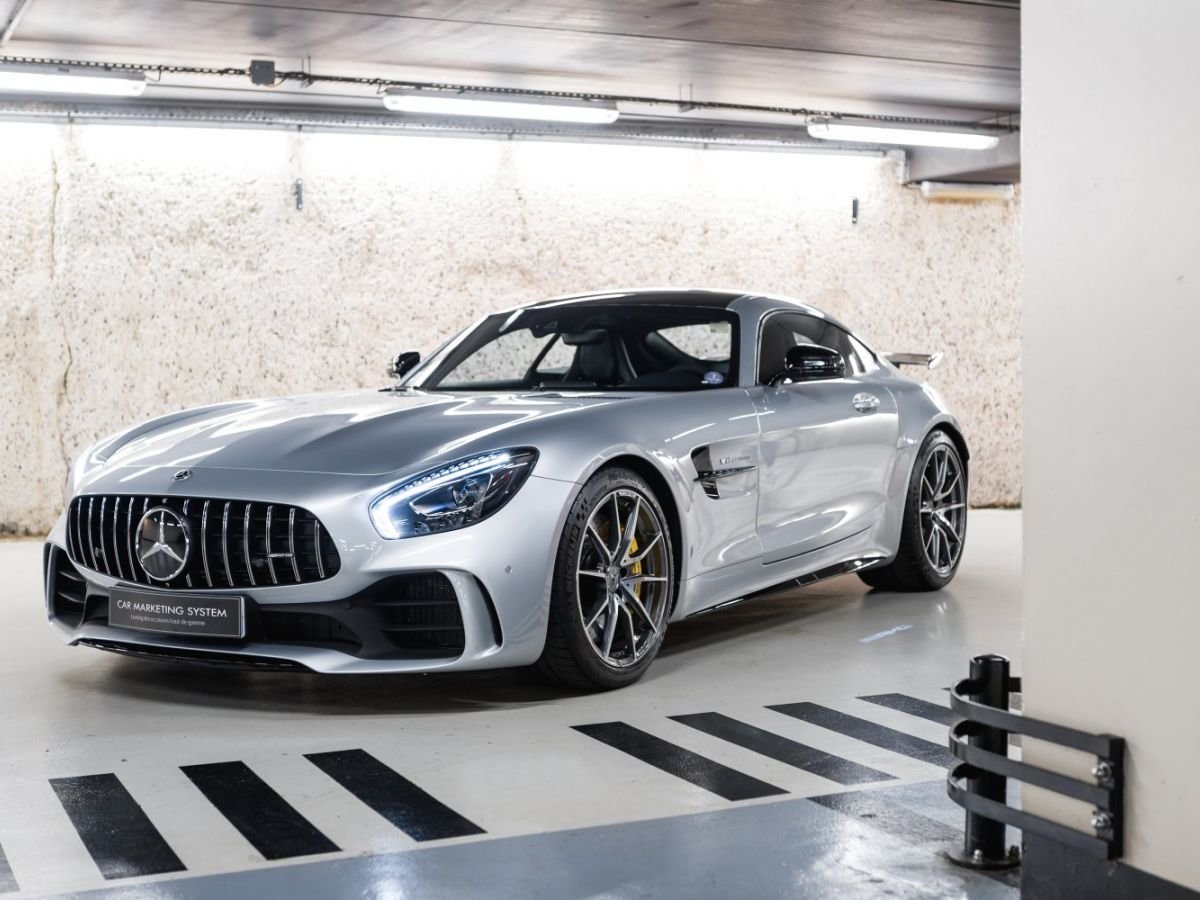 Despite its fearsome looks, the Mercedes AMG GT R is an extremely usable car on and of the race track
© Car Marketing System

The AMG GT R is what happens when the People at Mercedes get together and feel a bit silly. The AMG GT R is mostly pictured going sideways around tracks in clouds of smoke. That’s not an unfair perception, because it is very good at doing that. Yet what doesn’t get told too often, is that this twin-turbo, 4.0-litre V8-powered machine is also a very clever car. It has four-wheel steering, carbon fibre body panels including the front wings, and active aerodynamics under the car to ensure that whilst you can have fun, it won’t absolutely crucify you like big AMG GTs of the past. It’s also very civilised to use at lower speeds. Described as a “blood curdling event of a car” by TopGear magazine, cars like AMG GT R will be missed when Mercedes goes fully electric. Enjoy it and its snarling V8 soundtrack whilst you can. 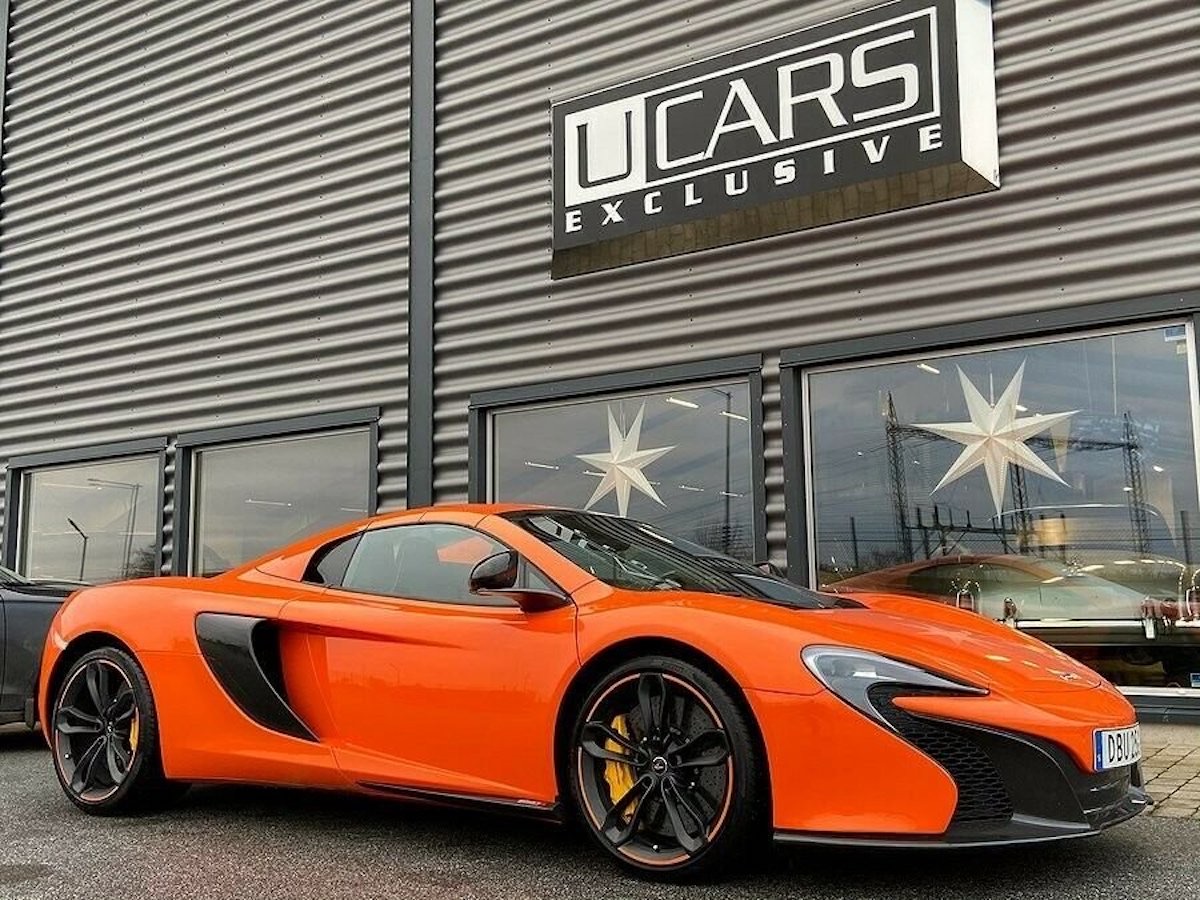 Introduced in 2016, the McLaren 650S is one of the most popular cars made by the British carmaker
© UCars

McLaren launched the 650S to replace the rather good, yet rather soulless McLaren 12C supercar back in 2016 and with an aggressive new face inspired by the P1 hypercar, it was clear that the ladies and gentleman at McLaren’s base in Woking were out to show that they could do fun. The 650S is powered by a 3.7-litre, twin-turbocharged V8 which gives McLaren’s “entry level” supercar 641bhp, a top speed of 207mph and a 0-62mph time of 2.9 seconds. If there wasn’t enough theatre amidst the 650S’ stats, the doors open upwards just to remind you that you are driving something very special. Yet despite the great looks and roaring soundtrack, the handling is the best thing about the 650S. Depending on the driving mode you select, the 650S will dance around the edges of grip, unsettled by bumps and poor road surfaces. It’s sharp without being uncomfortable. In every way, the 650S lives up to that history-laden McLaren name tag.