Whilst writing this feature and suppressing the urge to scroll the thousands of ads on Dyler for an affordable summer convertible, I have come to a realisation - if the 2020s are the age of the electric car, then the 1990s were halcyon days for the everyday roadster.

The Mazda MX-5: The Car That Started The Affordable Sports Car Trend

When it rocked up in 1989, the Mazda MX-5 (or Mazda Miata if you’re stateside) changed the game of open top motoring. The pretty little two-seater convertible showed that wind-in-the-hair thrills could still be fun, yet affordable and most importantly for driving thrill seekers - reliable!

You see, prior to the arrival of the MX-5, the sports market wasn’t short of small, exciting roadsters. However, most of which were British made, and we all know that British cars from the 1970s and 1980s were not synonymous with the words “quality” and “reliability.”

The MX-5 was a smash hit. From 1989 to 1997, Mazda sold over 400,000 first-generation MX-5s which is an absolutely astonishing number even by 2021 standards. Buyers fed up with their problem-ridden British cars switched to the pretty little Japanese roadsters in droves - whilst still a spirited drive, its appeal could also be found in its bombproof reliability and previously unseen levels of build quality on an affordable sports car.

Testimony to the MX-5’s greatness is that it is still in production over 30 years since the original came along and happily, Mazda hasn’t strayed from the recipe it used to create the original. 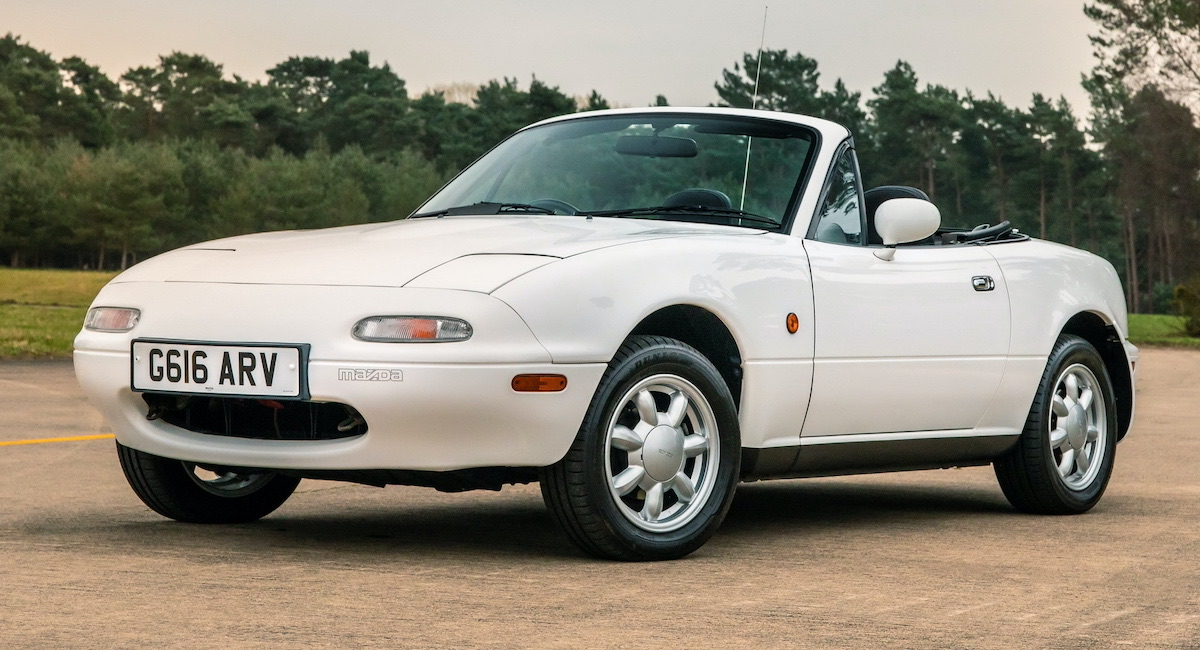 Other car makers looked on staggered at the huge success that Mazda enjoyed off the back of the MX-5, and they too quickly got to work on satiating the appetites of drivers looking for a small, perky, reliable roadster that wouldn’t be a one-way route to financial ruin.

Consequently, the 1990s were a golden age for the everyday roadster. Akin to the 2020s - a decade in which almost every car maker has an SUV as part of its line up - if you look back 25 years or, you’ll see that most manufacturers had a small roadster as part of their model range.

Yet despite their success, these affordable sports cars wrongly attracted the rather unfair reputation of being “hairdresser’s cars” for some reason.

Whilst their smiles-per-gallon figures and affordability were unquestionable, the general perception was that they were too pretty. For some reason, these cars were perceived to be largely purchased by people who placed style over substance, and whose IQ would make a 2x4 wooden plank look like a MacBook Pro. 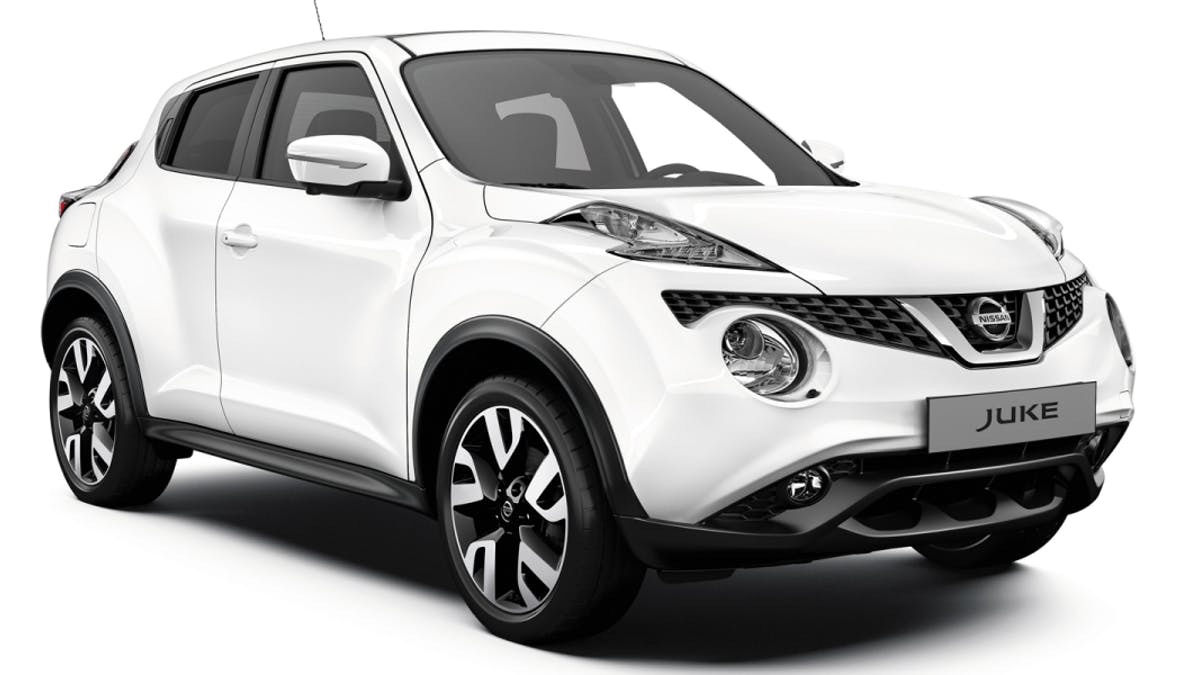 Will The Affordable Roadster Be a Thing of The Future?

Thankfully though, those days are gone and the unkind stereotypes have been long-banished. This is partially due to car makers phasing out much-loved models in favour of SUVs, and also down to the fact that in a world where cars are getting bigger and more complicated, people who are serious about cars are yearning for something small, fun, and mechanically simple.

In 2021, the SUV craze of recent years is showing signs of slowing up, and I genuinely worry for the day when the small, affordable sports car dies out. In my lifetime, I fear that iconic names such as the Audi TT, BMW Z3, and Alfa Romeo GTV will become just that - names, which have been slapped on a bloated SUV to boost sales and have absolutely nothing to do with the original car.

Thankfully though, the small roadster is still alive and well in the world of classic cars. I hope this feature will encourage you to help keep these much loved blasts from the past alive and on the road for some time to come in the future. 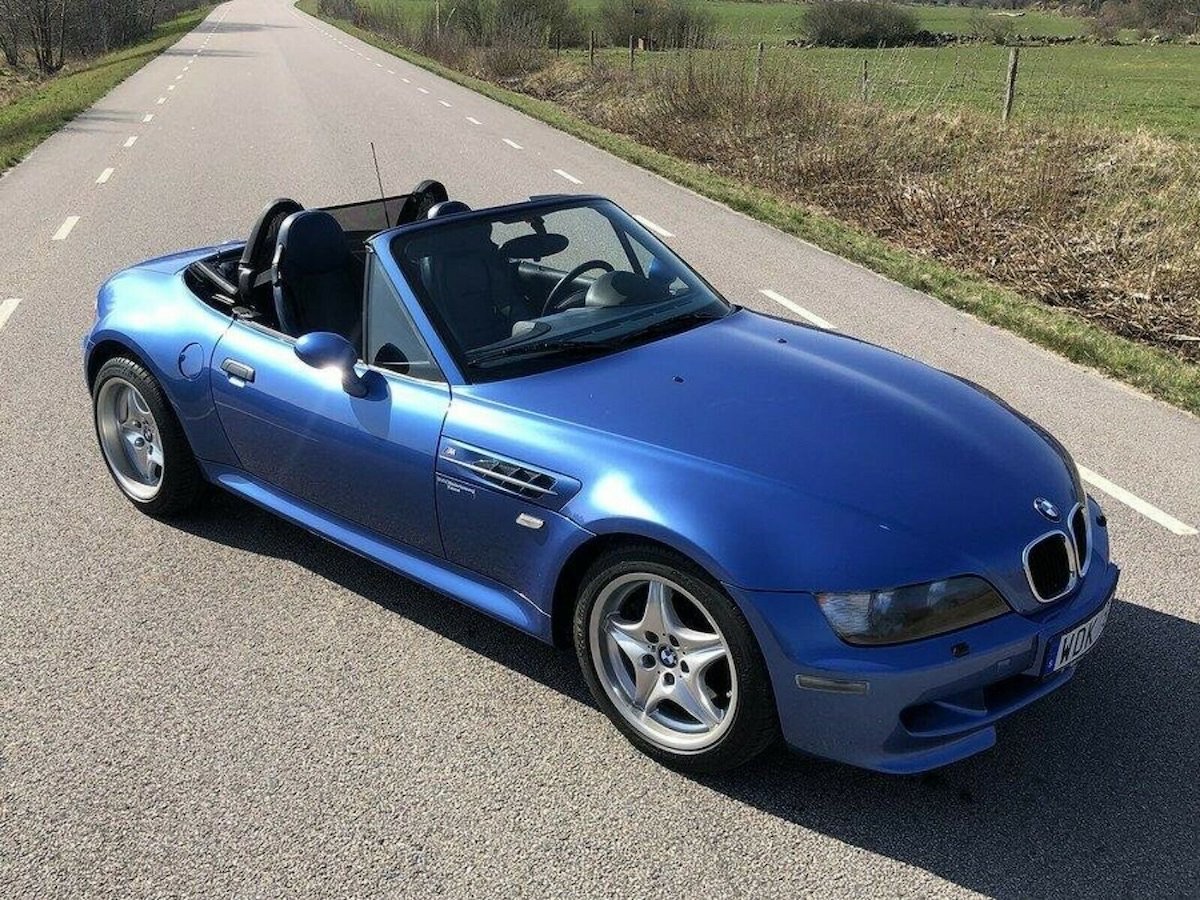 When it broke cover in 1995, the Joji Nagashima-designed BMW Z3 wowed the motoring world. Unlike the angular, functional BMWs of the era, the Z3 - with its stubby rear end and long, sloping bonnet - was pretty. When the widebody models came along with the arrival of the larger displacement cars and the 321bhp M Roadster (the car you see here!), the Z3 morphed into something that was both pretty and aggressive. Whilst Z3s with smaller engines require some work to get the best out of them, the fact remains that all of them are great to drive thanks to a chassis derived from the E36 3 Series and a rear wheel-drive configuration. Not only is it infinitely better looking and more reliable than its successor - the Z4 which replaced it in 2003 - prices now for a Z3 hover around the EUR 3,000 mark. M cars are around the price you see here. Grab any derivative of Z3 you fancy now, because they are going up in price quickly! 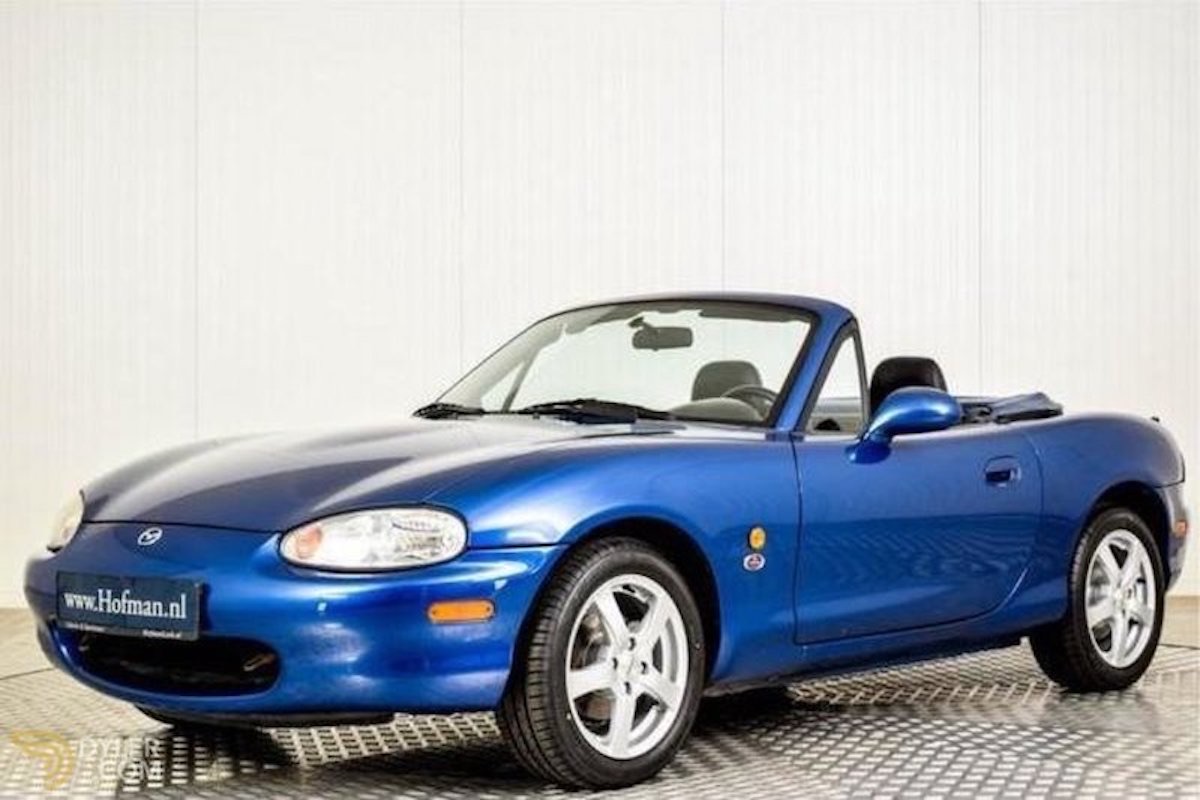 In 1999, Mazda celebrated 10 years of the MX-5 so what did it do to celebrate its massively successful little roadster? That’s right, the boys and girls from Hiroshima commissioned 7,500 special 10th Anniversary Edition MX-5s. Based on the standard 1.8-litre car, this limited run of MX-5s was only available in ‘Innocent Blue’ mica. However, the 10th Anniversary Edition received 15-inch alloys, a two-tone blue and black leather and alcantara interior, and a blue vinyl hood. With the addition of a six-speed manual gearbox, a limited slip differential, and Bilstein shock absorbers, the MX-5 became even more fun to drive. Still reliable, still great to look at, and still a class leader in handling, any MX-5 irrespective of age will be a worthy addition to your garage. 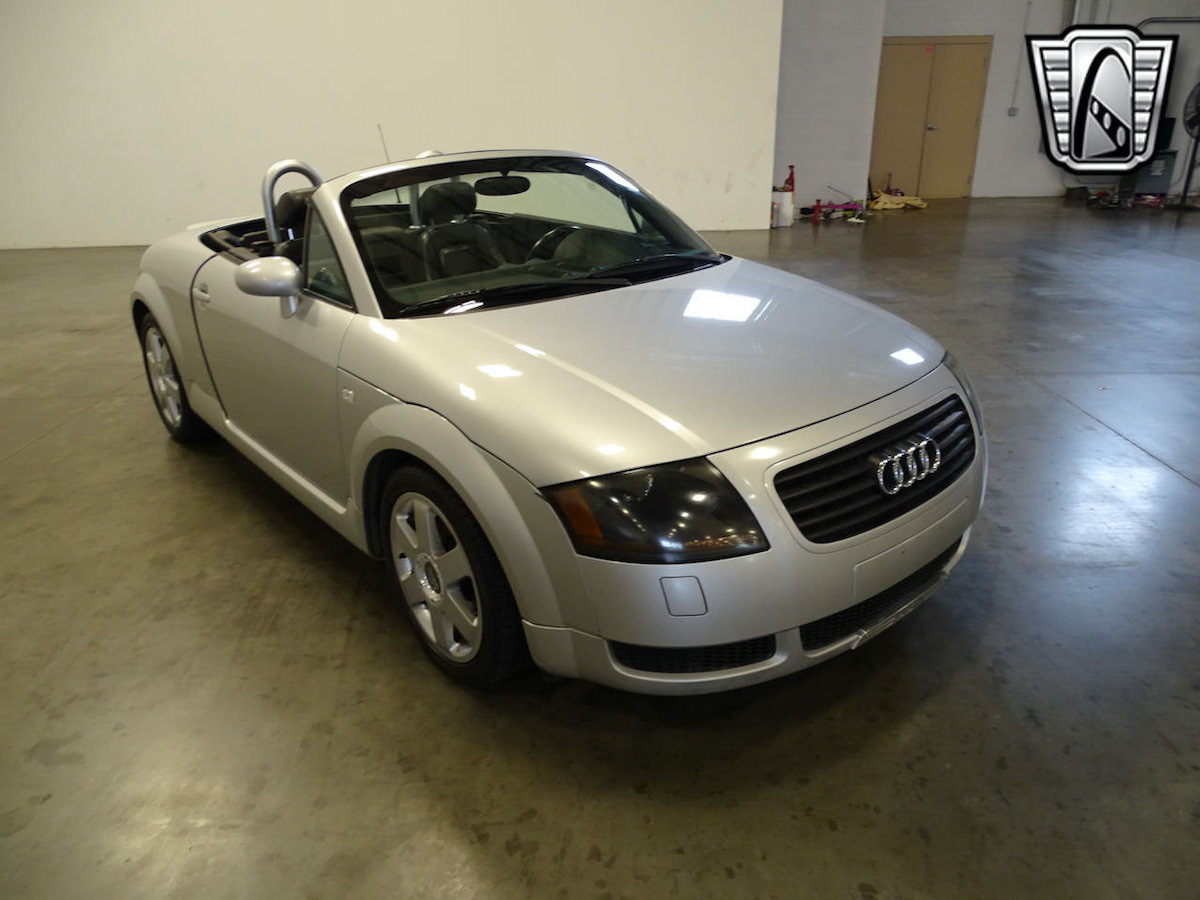 When it launched in 1998, the TT finally proved that Audi was capable of style and substance
© Gateway Classic Cars

The first-gen Audi TT is one of those “love it or hate it” cars. Those who love Audi's iconic roadster will say that it was a masterpiece in Bauhaus-inspired design. It is also one of the few production cars to stay incredible close to the concept vehicle. Those who firmly hate the Mk1 TT will say that it’s basically a Mk.4 Volkswagen Golf - the car upon which it’s based - an expensive Golf in a frock. Wherever you stand on the Audi TT argument though, it cannot be denied that it was a landmark car for Audi. Since Ingolstadt turned the automotive world on its head with its groundbreaking quattro in the early 1980s, Audi’s ability to create a great car was unquestioned. What was up for debate though, was whether it was able to create a stylish one. When the TT broke cover in 1998, it very much proved Audi's doubters wrong - Ingolstadt had at last shown that it was more than capable of combining its trademark quality with a newly-found sense of style. 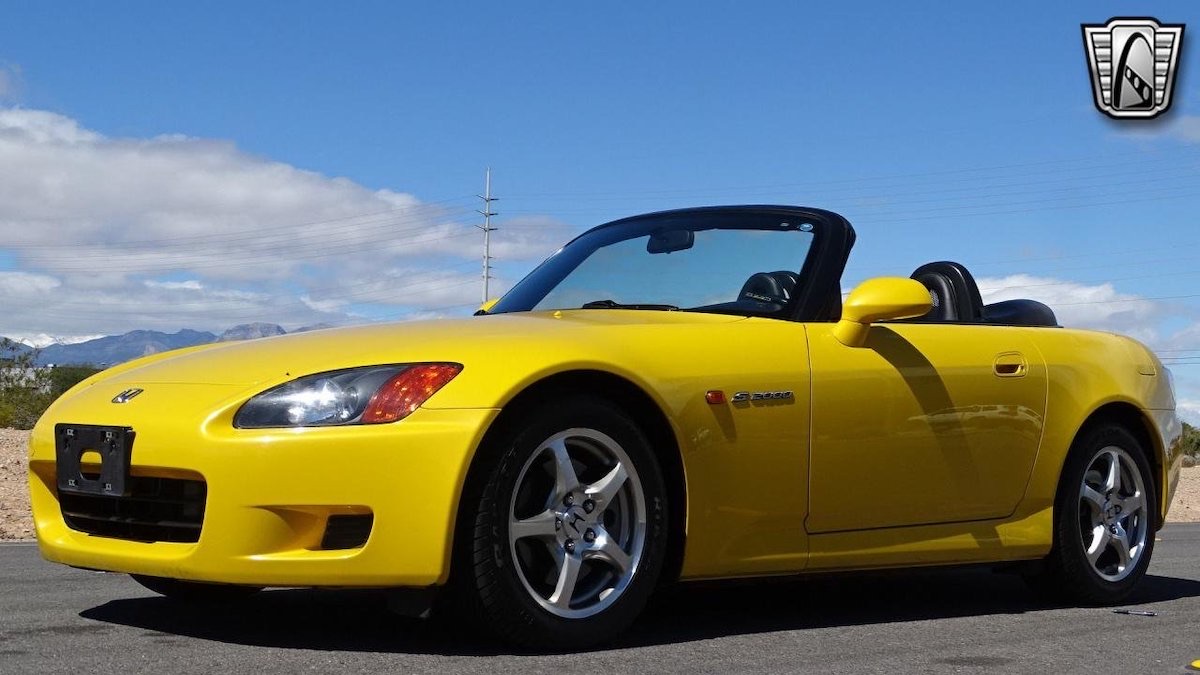 Widely considered to be one of the greatest midsize sports cars of all time, the Honda S2000 is somewhat of an esoteric option amongst open top car enthusiasts. The rear wheel-drive S2000 was powered by high-revving 2.0-litre inline-four, and thanks to its exceptional power output of 124bhp per-litre, which even in 2021, that figure still remains amongst the highest of any mass-produced, naturally aspirated car. Alongside the screaming engine, the Honda S2000 had a six-speed manual gearbox and an electronic steering system which made it one of the finest driving sports cars of the period. Today, that well-deserved reputation still stands. 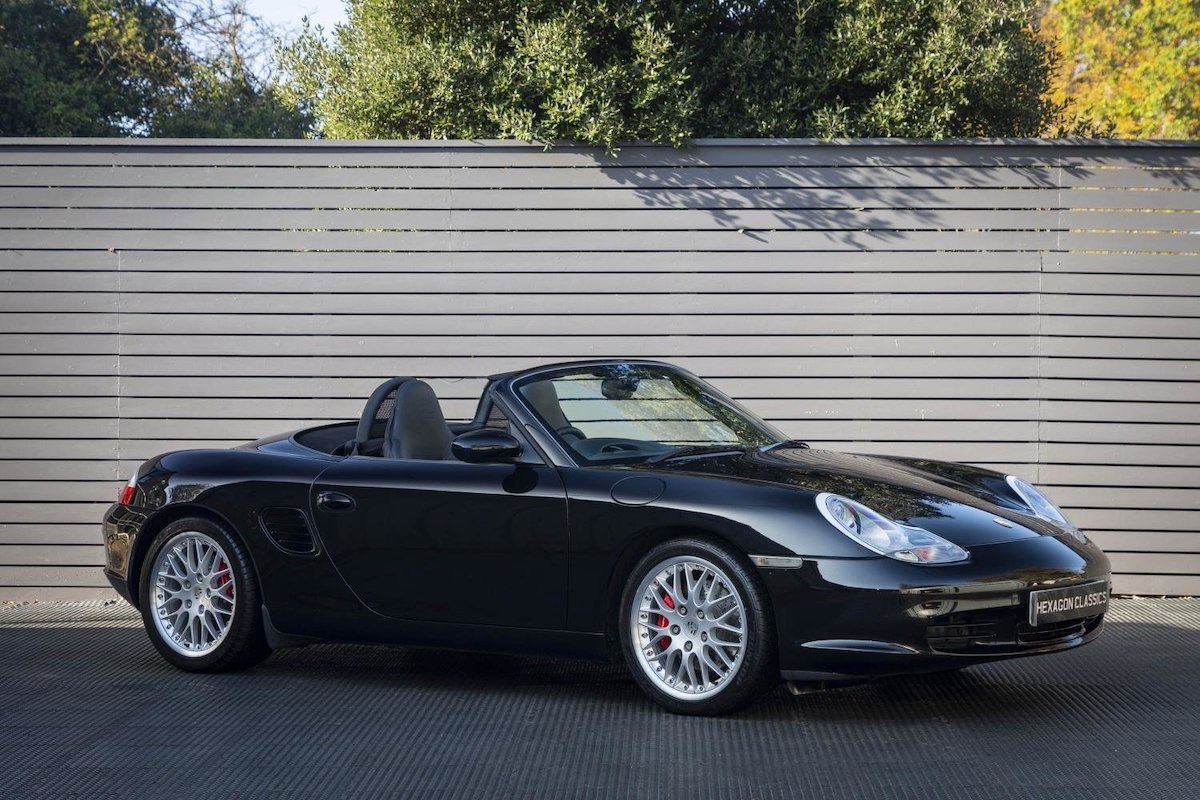 Without a doubt, the Porsche Boxster was key to Porsche’s survival - it is also one of the more controversial cars in the brand’s history
© Hexagon Classics

In the past, I’ve said many unkind things about the Porsche Boxster, mainly in relation to its design. However, the fact remains that without it - and the equally controversial 996 - Porsche would most likely have died during the mid-1990s. When the Boxster launched in 1996, Porsche was in dire straits financially. The 993 911 was ageing. It was also put together by hand, which made it very expensive to produce. To revive its fortunes, Porsche needed a car that was affordable, but still outstanding to drive. Cue the Boxster. By the end of its first year in production, it was Porsche’s biggest selling car. Testimony to the Boxster’s success is that Porsche still makes it today, some 25 years since the first-generation car rolled off the production line. It has won numerous awards throughout its life including the Top Gear Sports Car of The Year award (twice!) and Motor Authority’s Best Car to Buy prize. The design on the first generation cars, though… I’m still not fully convinced.


If you are interested in owning any of the classic roadsters mentioned in this story, head to www.dyler.com to buy your next classic car today!