Over the last few years, BMW - a car maker synonymous with making excellent, yet understated drivers cars - has come under some unnecessary criticism following what appears to be a bold rebrand.

Yet wherever you stand on BMW’s new design philosophy - and Dyler.com is firmly in the ‘yes’ camp because bold design gets people talking - we can all agree that somewhere just southwest of London, the West Surrey Racing team (or ‘WSR’ for short) is quietly getting on with keeping the spirit of what makes BMW one of the most loved carmakers on the planet alive.

...Most notably in the British Touring Car Championship.

If you’re a BTCC fan, you can skip this bit. If you’re new to the much-loved British tin-top series, then get ready for a quick motorsport history lesson, which begins in 1981 when WSR was founded by canny Kiwi, Dick Bennetts.

Shortly after, the WSR outfit formed a reputation for being an effective operation after winning multiple British Formula 3 and International F3 championships with a few drivers you may have heard of. Think Ayrton Senna. Think Mika Häkkinen. Think Rubens Barrichello. 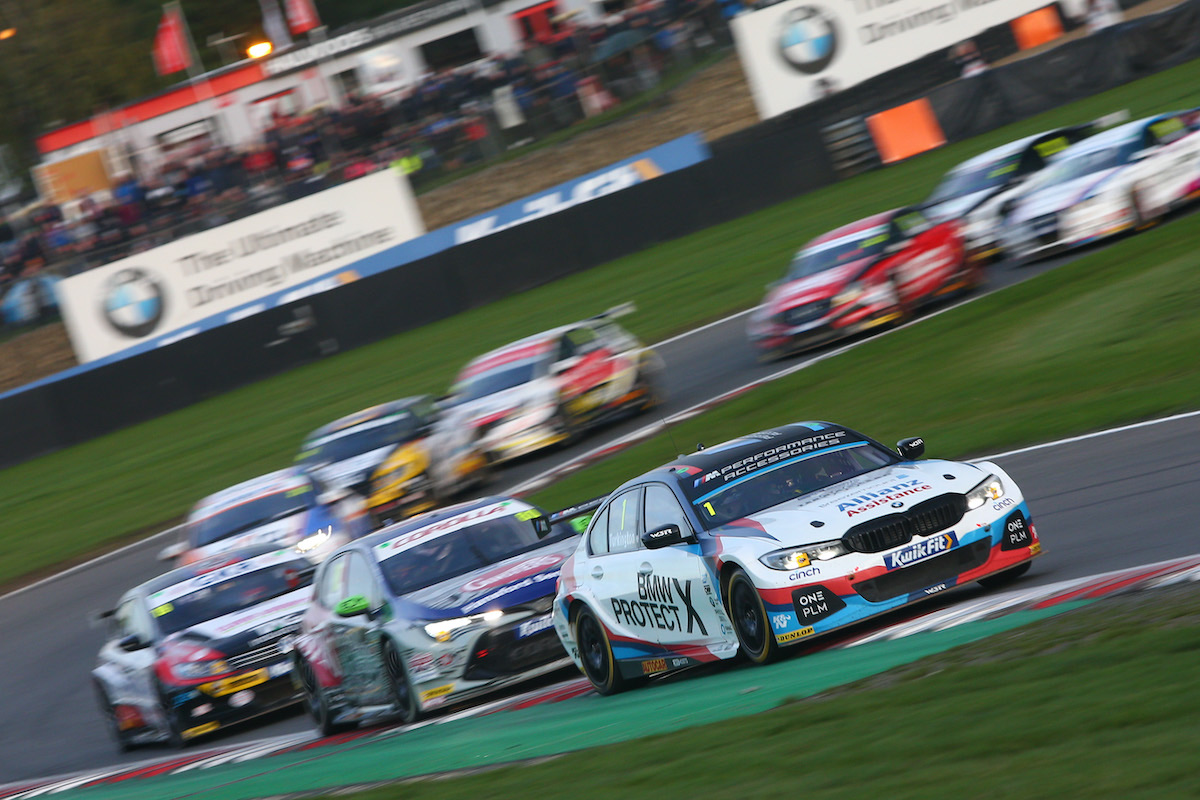 Since switching to BMW in the British Touring Car Championship in 2007, WSR has become one of the most successful touring car teams in the sport’s history
© Team WSR/Team BMW

In 1996, the team switched its focus to the BTCC. Over the last 25 years, the team has become the most successful team in the history of the sport with eight teams’ titles, and nine drivers titles.

Now, at this stage, you’re probably thinking “yes, yes, that’s all well and good, but what does that have to do with BMW, exactly?”

Enjoying the successes of the BMW Touring Car in the BTCC

In 2007, for the first time in its BTCC history, WSR switched to BMW touring car machinery with the 320si (E90) and promptly went on to take the independent teams and drivers’ and championships with Northern Ireland’s Colin Turkington.

The WSR/Turkington/BMW 320si combination went on to take the overall BTCC title two years later, and another championship followed in 2013 with the BMW 125i M Sport.

In 2017, WSR was selected to be the official BMW Motorsport team in the BTCC after a 21 year hiatus for the Bavarian carmaker.

Now racing under the Team BMW banner with the 125i M Sport, Turkington took another championship in 2018. The following season he managed to win back-to-back BTCC titles after Team BMW switched to the 330i M Sport (G20); the car it still uses to race and title-winning effect in the ultra-competitive championship.

Despite coming away from BTCC 2021’s Thruxton season opener seventh in the standings, should Turkington manage to add a fifth title to his name come the end of the season in November, then he will become the most successful driver in the championship’s 63 year history. Ever. 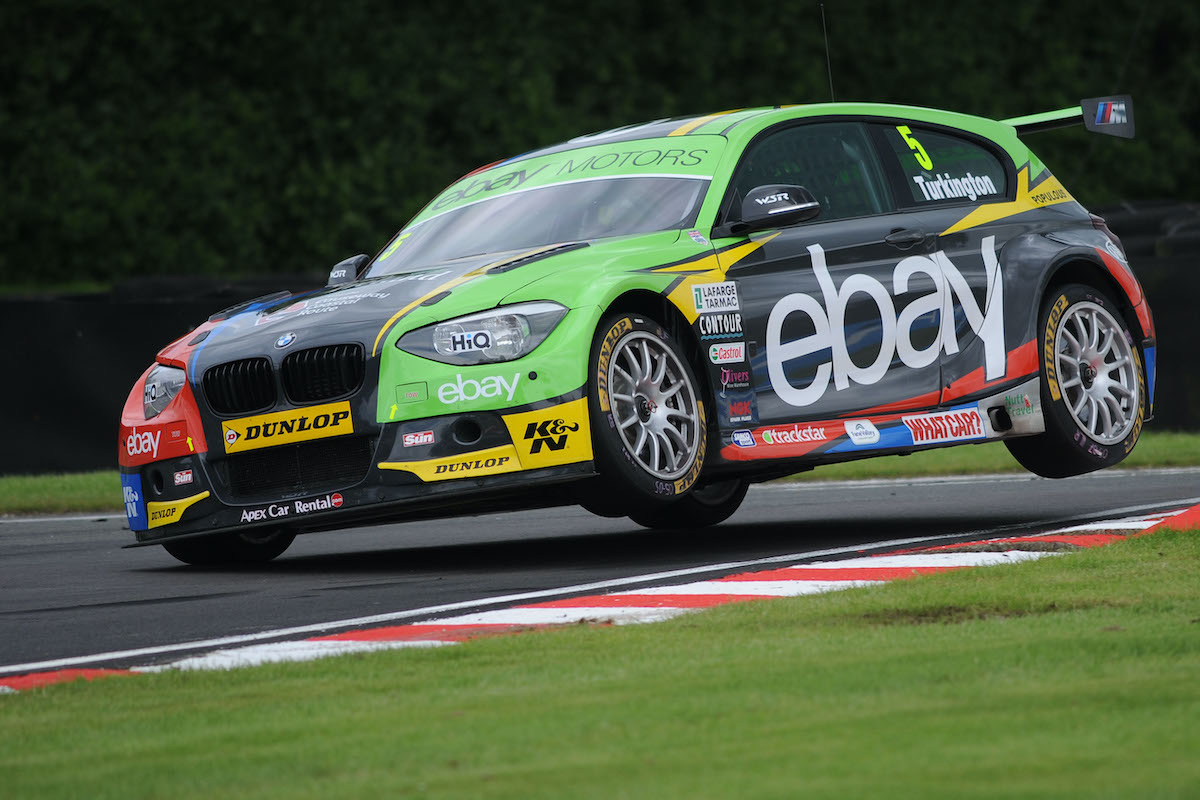 Yet when the 39 year-old joined Dyler.com through FaceTime to talk about what could possibly be a historic year in his career and for the BTCC as a whole, he seemed reluctant, almost coy to talk about joining the roster of BMW Motorsport touring car royalty alongside icons such as Roberto Ravaglia, Jo Winkelhock, and Bruno Spengler.

Despite Turkington playing down his potential record breaking achievement through the usual racing driver platitudes of “the season is long” and “I’m not even thinking about the championship”, what shines through is his sheer love for the BMW brand as a whole. By the end of the conversation, he gave the impression that if you cut him open, then blue and white would course through his veins.

“There’s something magic about driving a BMW,” he says. “The whole rear wheel-drive thing isn’t for everybody because to get the best out of a BMW touring car, you have to drive the car with the back slipping, but not fully sliding because then you’d have to back off the power to avoid spinning. That’s something that’s quite tricky to master because it’s a narrow window of performance to get the best out of it. I understand that it’s not the easiest thing to get on with.

“With any BMW - whether it’s a race car or a road car - they’re always really well balanced and if you’re driving a rear wheel-drive one, you really get some shove from the rear traction which is really useful if you want to make a quick race start. That front-engine, rear-wheel-drive layout that’s characteristic of most BMWs also allows you to get the front-end into a corner sharper and easier than it would be in a front wheel-drive car, which would suffer from more understeer.” 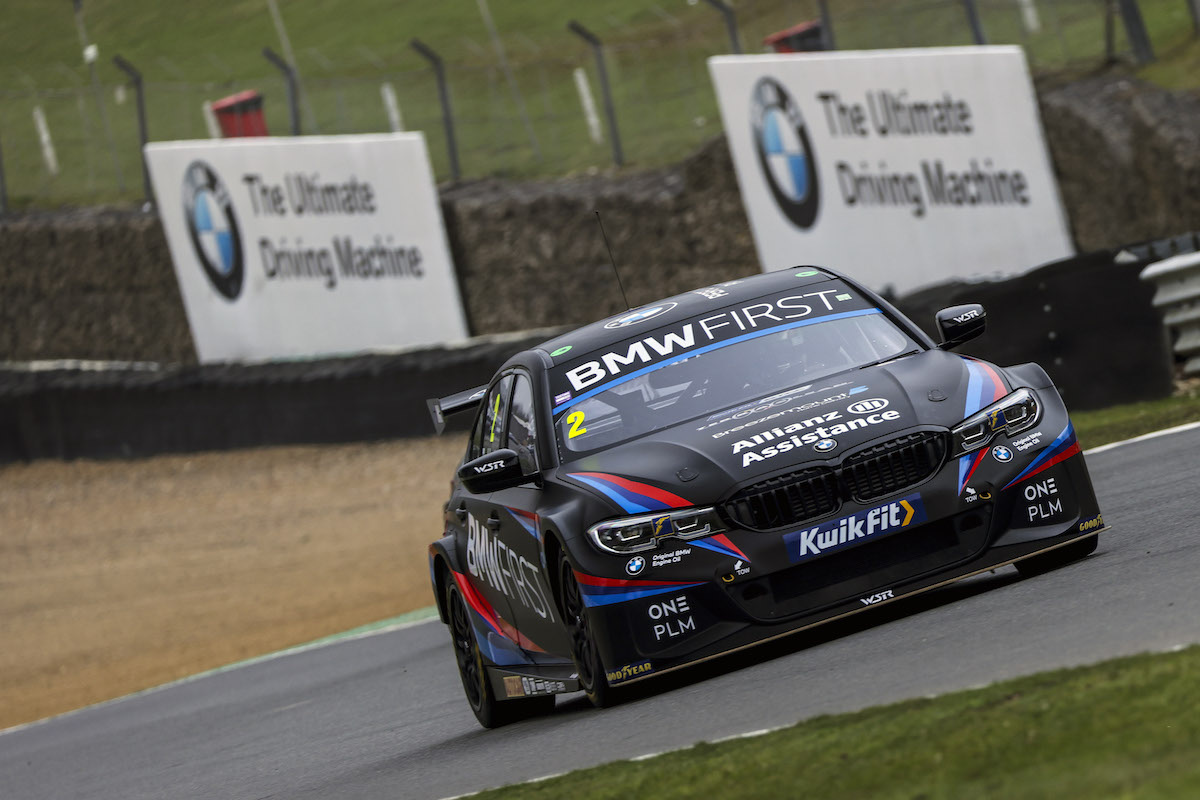 Discovering the appeal of classic touring cars and historic motorsport

Away from his day-job in the BTCC, Turkington also takes an interest in historic motorsport - once again with BMW. In recent years, the Northern Irishman has been found behind the wheel of the legendary BMW 3.0 CSL ‘Batmobile’ - a car specifically developed by BMW Motorsport to clean up in the European Touring Car Championship - and the trailblazing BMW M3 E30 which was once driven by Steve Soper; a BTCC driver Turkington described as a “hero” whilst growing up and watching the BTCC as a kid in the Northern Irish town of Portadown.

How, then, do these BMW touring cars from the 1970s and 1980s stack up against the 330i M Sport which took him to the 2019 BTCC title, and what enjoyment does Turkington find in racing historic touring cars?

“It’s quite funny about the 330i, actually,” he continues. “We got the car in 2019 on what I think was the same weekend that the car hit UK showrooms, so I think that shows how much faith BMW had in us at WSR to go out there and do a good job!

“As for how it stacks up with the M3 E30 and the Batmobile, that’s a good question. Obviously touring cars over a wide spectrum of years have their own unique personalities and characteristics, but you can really feel a common thread of what makes them a BMW running through them. All of these cars are linked by that special BMW balance I was talking about, how easily they go into a corner, and that great traction from the rear wheel-drive on exit. 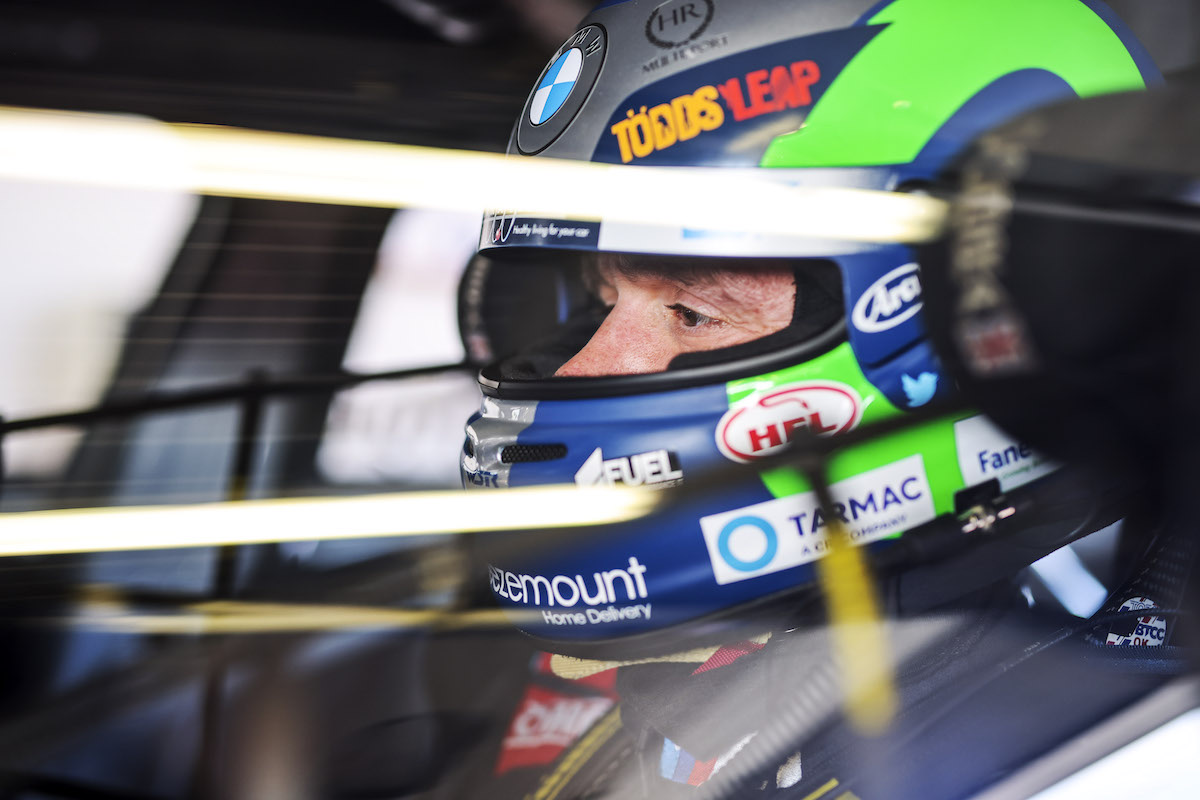 “About historics racing, well, as a racing driver you don’t turn down the opportunity to drive some of these amazing cars, do you?!” he laughs. “When I was about eight or nine, I remember watching BTCC with my dad and ironically Steve Soper’s M3 E30 was what got me hooked on everything about the sport - whether it be the cars, the close racing, or the personalities of the drivers!

“I really enjoyed driving that car at the Silverstone Historic Touring Car Challenge a few years ago, and it’s just a fantastic machine. It’s so simple. As a driver, it’s really interesting to compare the levels of technology the guys had back then to what we have now.

“There’s also something relaxing about competing in historic racing,” Turkington concludes. “When you’re in the middle of a championship fight, you can just go and race some old touring cars without any real pressure and just go out there and have fun in some of these amazing race cars with their incredible histories!”

The British Touring Car Championship continues this weekend (June 12 - 13) at Snetterton. To follow the progress of Turkington and Team BMW in their quest for a record breaking championship, click here.

Click these three words to take a look through the historic racing cars listed for sale on Dyler.com, and if you are interested in owning any classic and modern classic BMWs for sale, click here.