90 Years Ago: Opening Race at the Nürburgring and a Victory of "White Elephant"

On 18 June 1927, the Nürburgring was opened and Rudolf Caracciola won the inaugural race for sports cars in a Mercedes-Benz Model S. This marked the beginning of success stories both to the track and to the brand. On the occasion of the 90th birthday of the legendary Nürburgring, let’s remember the first winner and his car.

Soon, Caracciola was the first to hold the title of “Master of the Nürburgring”. His opponents in the Eifel region were the who-is-who of the top pilots at the time. Louis Chiron, Tazio Nuvolari, Bernd Rosemeyer, Hans Stuck and Hermann Lang, to name just a few of the stars of the early days.

The race took place on the "Nordschleife" (North Loop) and on the "Südschleife" (South Loop) going as far as Müllenbach. A complete circuit of the Nürburgring was thus approximately 29 kilometres long. 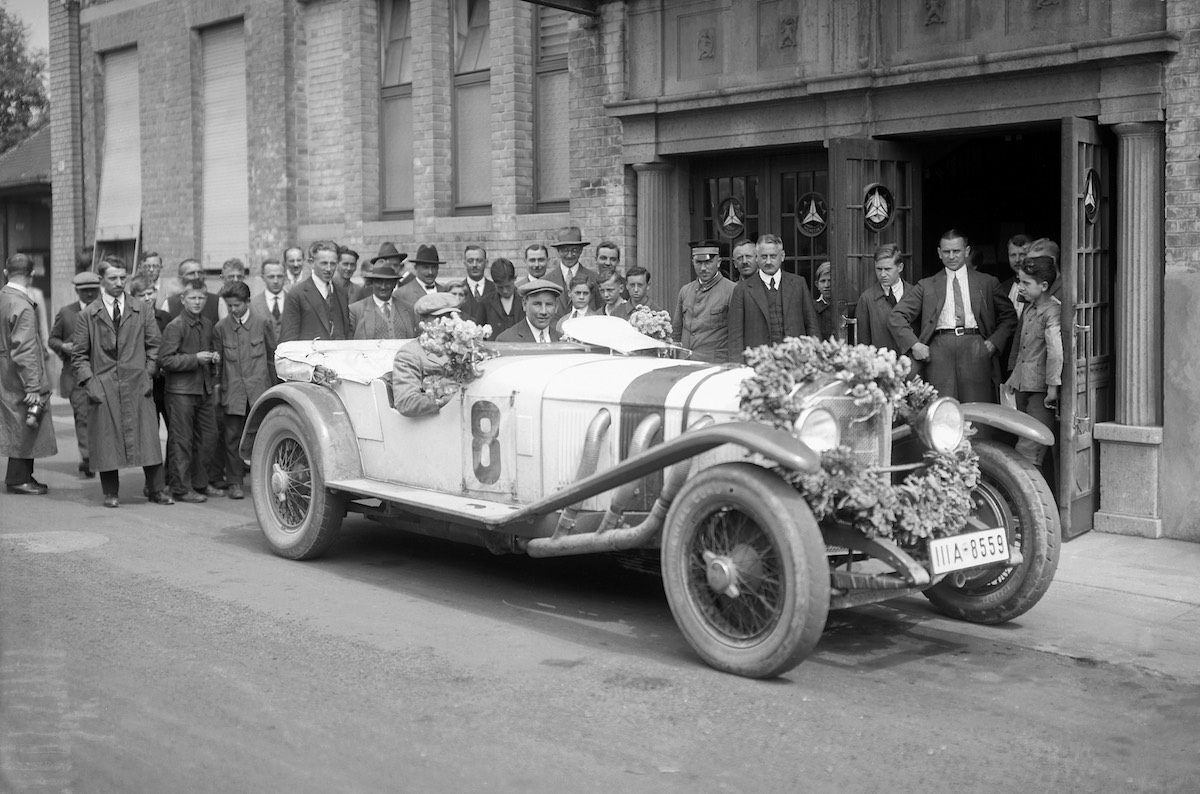 Great emphasis was placed on outstanding competitiveness when developing the Mercedes-Benz Model S. On 18 June 1927 in the Eifel district of Germany, the racing car demonstrated that the Mercedes-Benz designers and engineers had really done their homework well.

The Mercedes-Benz Model S was a development based on the Model "K" from 1926. Indeed, this vehicle, based on the shortened chassis of model 24/100/140 hp, had already competed very successfully in motorsport. The basic design of the powerful six-cylinder supercharged engine with impressive displacement and dual ignition was retained by the designers for the Model S. The new touring car was, however, further optimised across the board for motorsport – with increased engine output, an improved chassis and reduced weight. 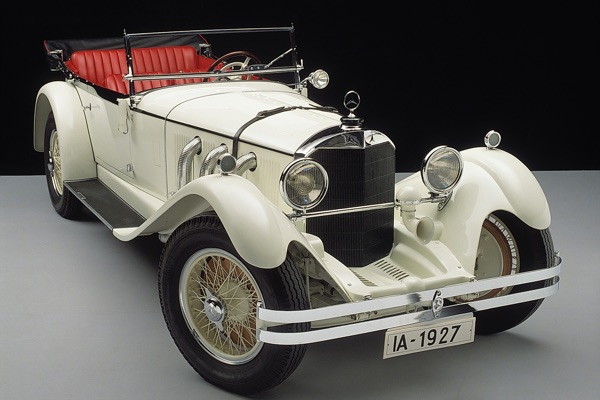 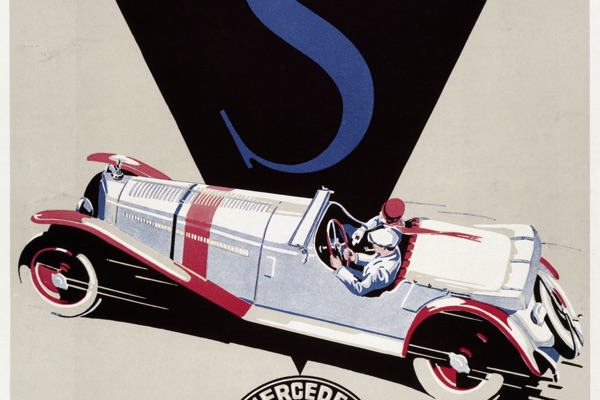 To give a lower centre of gravity, the longitudinal frame members were now offset on the front axle too and the offsetting was increased on the rear axle. The engineers also moved the engine, which had a lower mounting, 30 centimetres further back, which significantly improved axle load distribution. The chassis weight, at 1270 kilograms, was now some 230 kilograms lighter than that of the model K. At the same time, displacement was increased by nearly 550 cubic centimetres to 6789 cubic centimetres. This was made possible by, amongst other innovations, a change of the engine block from dry to wet cylinder liners. By increasing displacement and implementing other measures, such as fitting a camshaft with greater valve lift and shorter valve timings, the engine output provided as standard rose from 110 hp (with the supercharger 160 hp) in the Model K to 120 hp (180 hp with the supercharger) in the Model S.

This new vehicle is now viewed as the first of the so-called "white elephant" models. This seemingly rather unflattering name was bestowed by motorsport fans on the high-performance sports car models S to SSKL, with which Mercedes-Benz totally and effortlessly dominated the racing scene at the end of the 1920s and beginning of the 1930s. Certainly, these racing cars in the white colour of Germany's racing team, were big, strong and powerful - and the infernal roaring of the supercharger also contributed to their name. But that's about as far as the comparisons with the pachyderms can go. 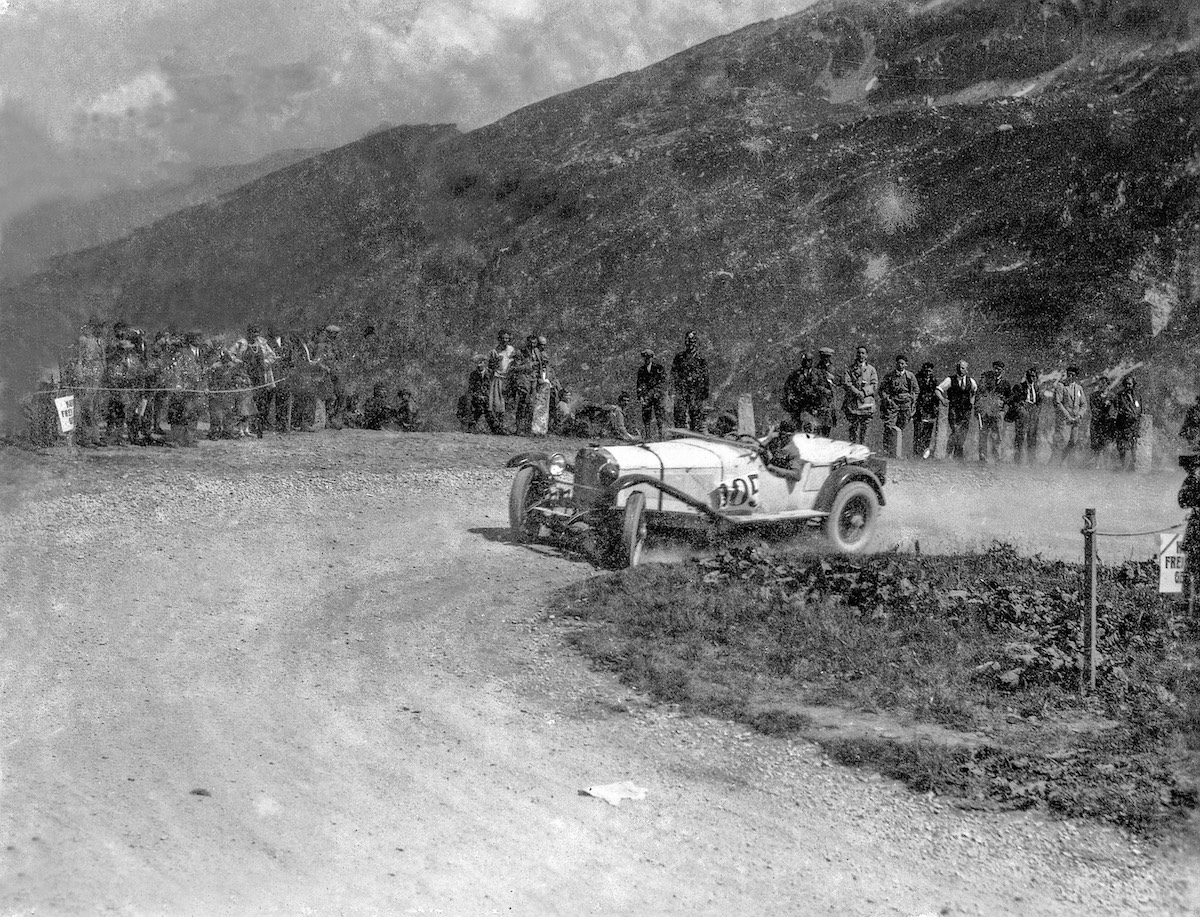 Following their successful debut at the Nürburgring, the Mercedes-Benz racers enjoyed further success with the Model S. Rudolf Caracciola and Willy Walb were first in their class in the Baden-Baden Automobile Tournament from 5 - 9 July 1927. Caracciola won the Batschari Challenge Trophy and also won in the flat race over 4.9 kilometres between Ettlingen and Rastatt with an average speed of 165.8 km/h. Just one week later, on 17July 1927, the Mercedes-Benz works team took all three places on the podium in the German Grand Prix for Sports Cars at the Nürburgring: Otto Merz won ahead of Christian Werner and Willi Walb, all three in a Model S. 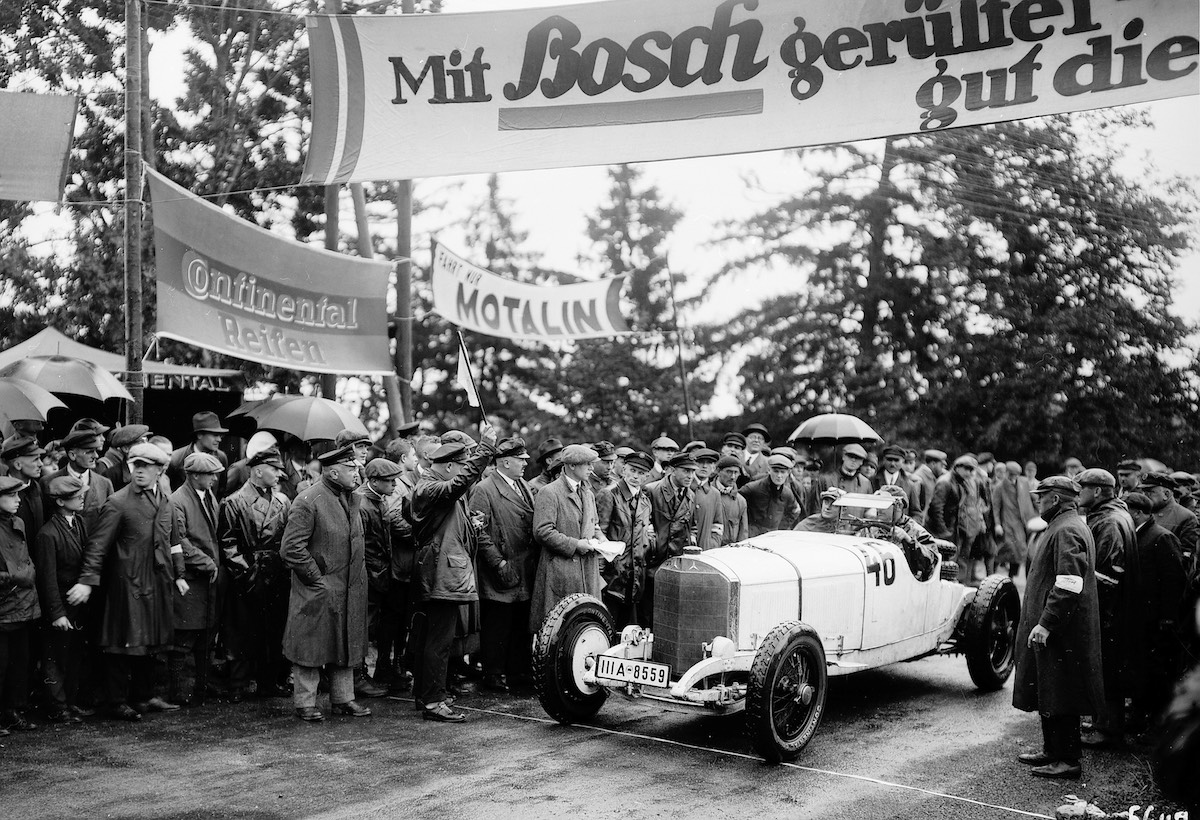 The Model S also dominated in many other races, but Caracciola's victory in an SSKL in the 1931 Mille Miglia race is acknowledged as a particularly special triumph: he was the first winner of the thousand-mile race through Italy who was not an Italian. 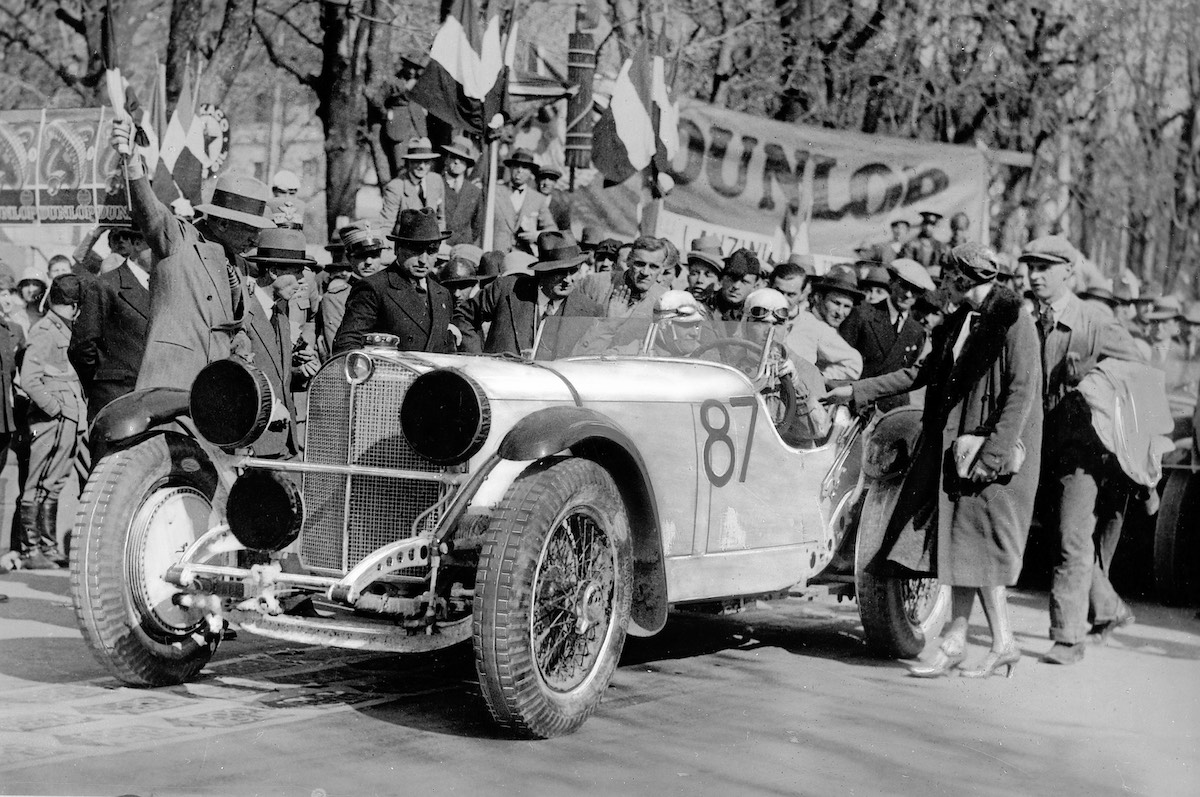 The choice of configurations for the Mercedes-Benz Model S sold commercial to private customers was as varied as its racing successes. This ultimate in racing cars was also sold ex-factory as a four-seater open touring car and as a cabriolet. In addition, many coachbuilders of repute, such as Erdmann und Rossi (Berlin), Freestone and Webb (London), Papler (Cologne), Saoutchik (Paris), van den Plas (Brussels) and Zietz (Geneva), took the chassis and fitted bodies of their own. The Model S was replaced by the models SS and SSK, also bearing the internal designation W 06, as early as 1928 in the Mercedes-Benz range.