The First BMW Electric Car, Introduced Back in 1972 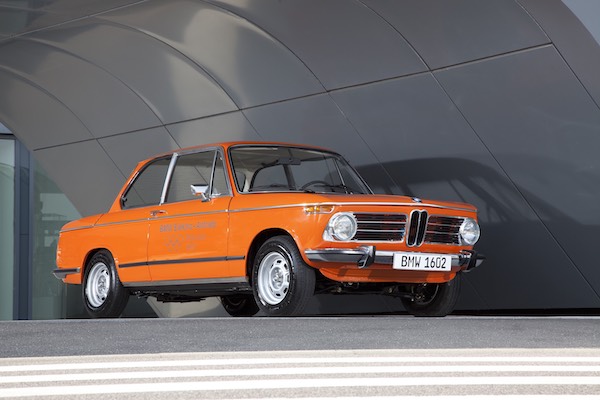 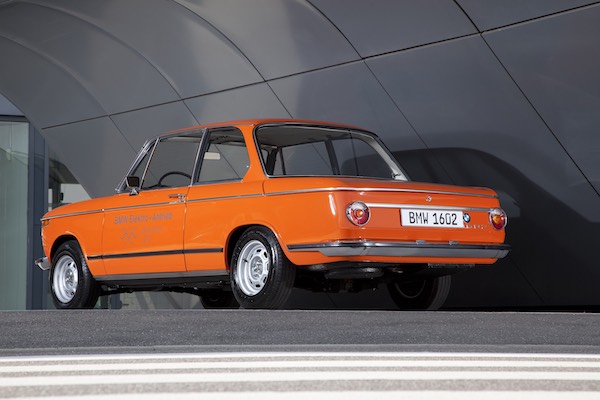 These models were at the bottom of the modest BMW pyramid. These were the cheapest and most affordable BMWs, manufactured from 1966 right up to 1977. The New Class and 02 Series car group helped the Bavarian brand become the manufacturer that we know today.

The 02 Series had a few different models behind it: the 1502, the 1600, the 1602, the 1802, and the famous 2002. The 02 Series was also manufactured with several different body types: hatchback, convertible and coupé. The latter two body types were incredibly popular not only in Europe, but in the US as well, where the market was a priority for BMW.

This BMW series was not in production at the best time. In the late 1960s, the entire world began to gradually become a little worried. The West became concerned with the growing fuel prices, and that is not a very good sign for car makers. The higher the fuel prices, the fewer drivers who can afford a new car.

Perhaps it’s just a coincidence, but BMW introduced its first electric car just one year before the 1973 oil crisis, when fuel prices jumped from about $20 to $65 a barrel. Just try to imagine – one day a litre of petrol costs 99 cents, and a few days later it’s up around three euros.

BMW engineers started investing in the development of electric cars in 1969. Several years of research and testing allowed them to introduce the first prototype in 1972 during the Olympic Games, which were being held in BMW's hometown of Munich. 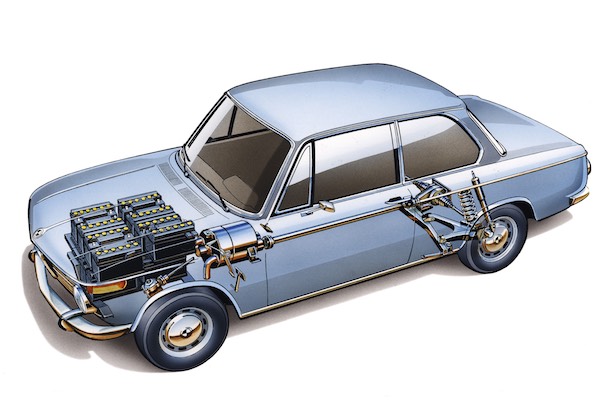 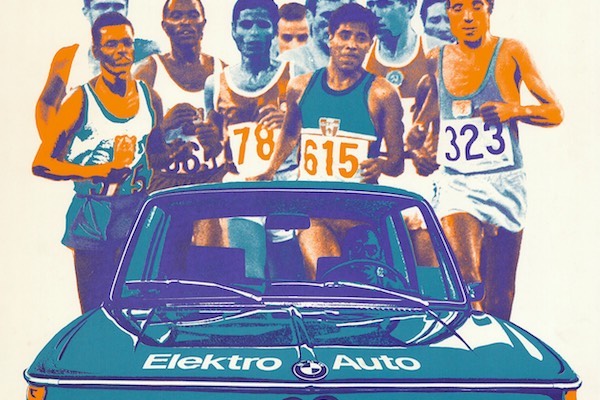 At first glance, the electric-powered BMW looked exactly like its counterparts with an internal combustion engine. The cardinal changes were concealed under the bonnet, or more precisely – in the compartment where the petrol engine used to be mounted. The 1602e’s engine compartment was filled with batteries and one cooler, which was designed to maintain optimum battery temperatures. 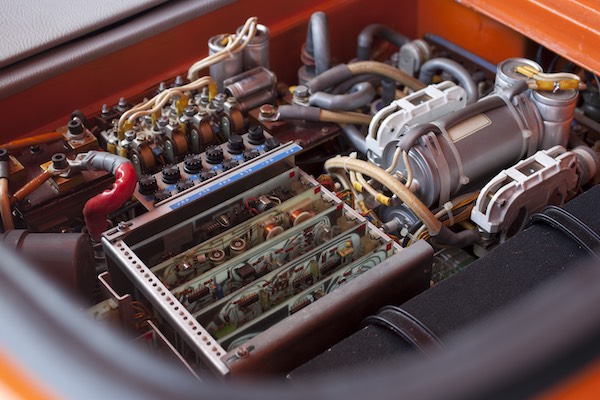 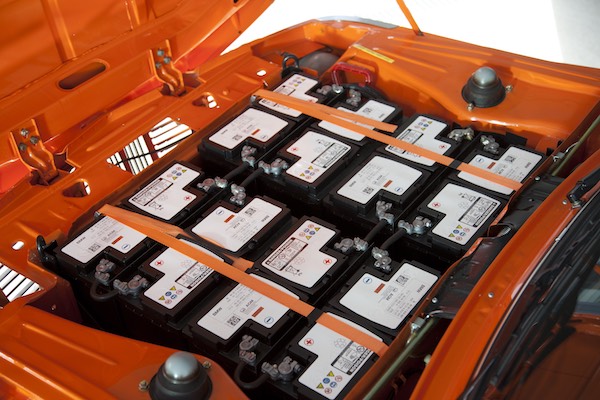 The stylish coupé wheels were driven by a Bosch electric motor with a capacity ranging from 12 kW to 32 kW. The standard coupé model was light enough, but the same couldn’t be said about the 1602e, since this trendsetter had to lug around batteries weighing in at 350 kg. The BMW 1602e’s dynamics were far from impressive. The car had a top speed of 50 km/h. With fully charged batteries, it could cover all of 30 km. 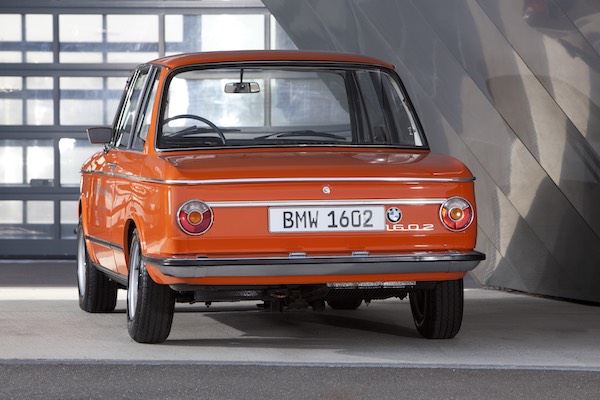 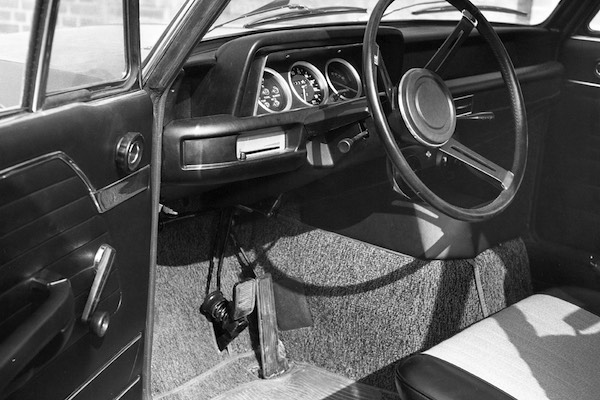 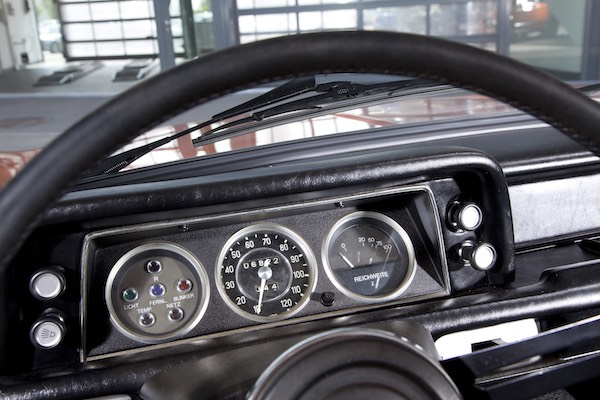 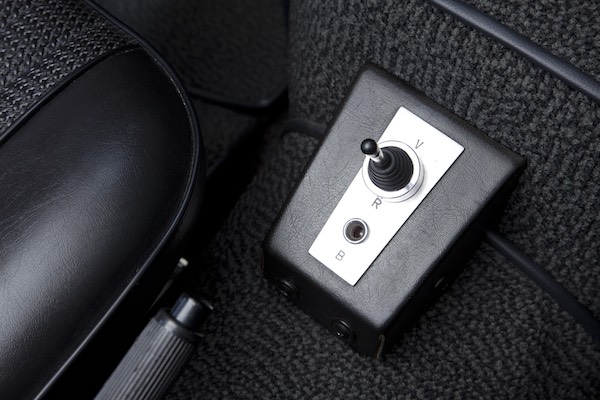 BMW never planned to mass-produce the 1602e, since the final price would have been too high. Nevertheless, the German automaker’s engineers didn’t stop improving the technology so that the mass production of electric cars could eventually begin. And this happened in 2013, when BMW launched production of the i3 electric car.