A garage where collector cars are kept is not just a storage area – it is much, much more. It is both a very private space as well as a living room where friends visit, a forge of thoughts and ideas, perhaps also a library, a temple of the soul, and a cove for meditation.

The owners often spend hours on end there. It is a shrine of sorts, and it is the custom for shrines to be decorated. And what would be suitable in such a serious and specific space? What works of art might befit the spirit of this space? An extremely original and unexpected solution might be “Disintegrating II”, Fabian Oefner's series of large-format art photography prints which are currently on display at the MB&F M.A.D.Gallery in Geneva. 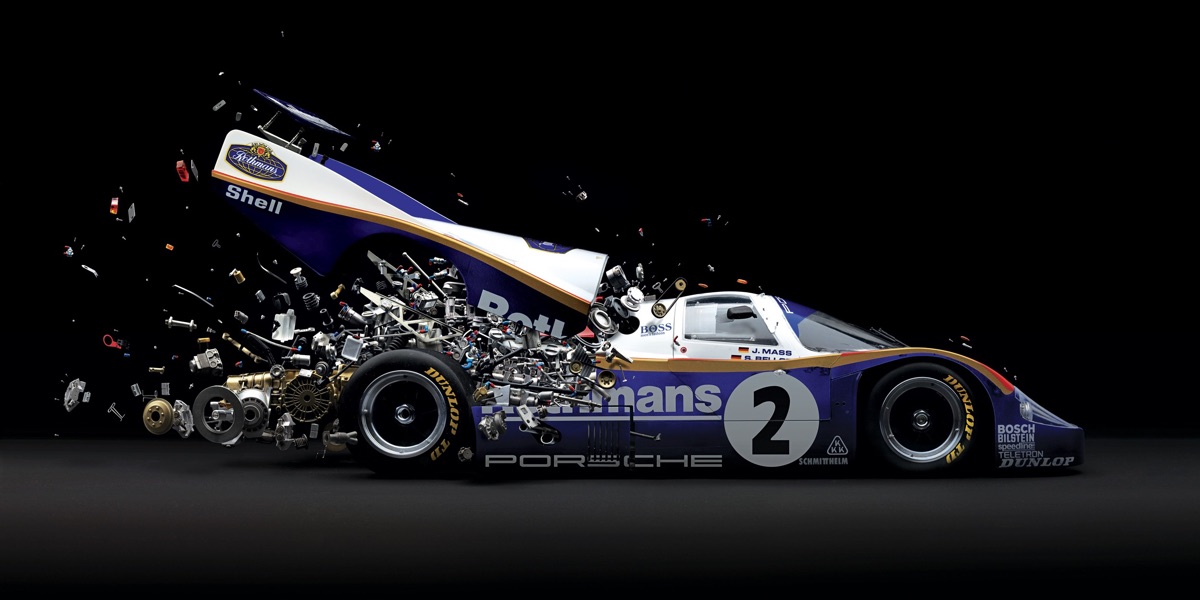 This stunning photo series involves fooling the observer into seeing the images as computer-generated renderings rather than the real photographs that they are. Fabian has carved out his reputation by fusing the fields of art and science, creating images appealing to heart and mind. He is constantly on the lookout for capturing life moments that are invisible to the human eye: phenomena like sound waves, centripetal forces, iridescence, fire and even magnetic ferrofluids, among others.

Fabian Oefner was born in Switzerland in 1984. His entire family was involved in art; he went to art school himself and has a degree in product design. When he was 14 years old, he discovered –and was fascinated by – Harold Edgerton's famous photograph of a bullet going through an apple. That was the incentive to buy his first camera.

“I have always experimented with all different kinds of art forms at a very early stage,” he says. “Photography turned out to be the form of art that I was most interested in.” 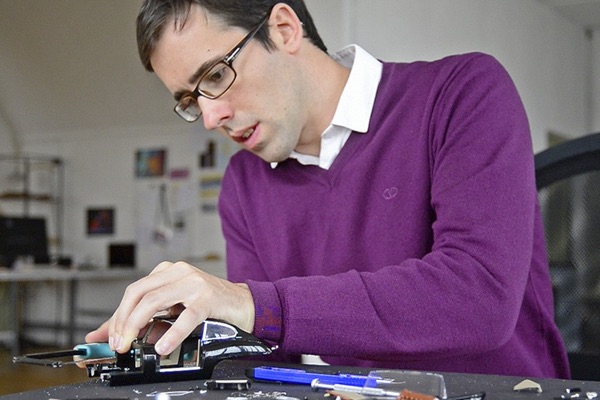 However, Oefner took a broader approach – traditional photography was the basis, but he was looking for new creative challenges and horizons. Fabian has gone on to blend art with science: beautifully photographing ‘nebulae’ formed in a fibre glass lamp and feathery or cotton candy-like puffs made by bursting balloons filled with corn starch. He has shot crystals of colour rising in reaction to a speaker's soundwaves; spectacularly captured the patterns created by magnetic ferrofluids pushing paint into canals and he has taken colour-crazy photos of paint modelled by centripetal forces.

“I am trying to show these phenomena in an unseen and poetic way,” he pauses, “and therefore make the viewer pause for a moment and appreciate the magic that constantly surrounds us.”

“I am inspired and influenced by the world that is around me. I have a deep interest in all kinds of fields of science. When I start with a new subject I rarely know how the final images will look. After experimenting with it, I start to get a feeling for it and after a while an idea for images develops.” 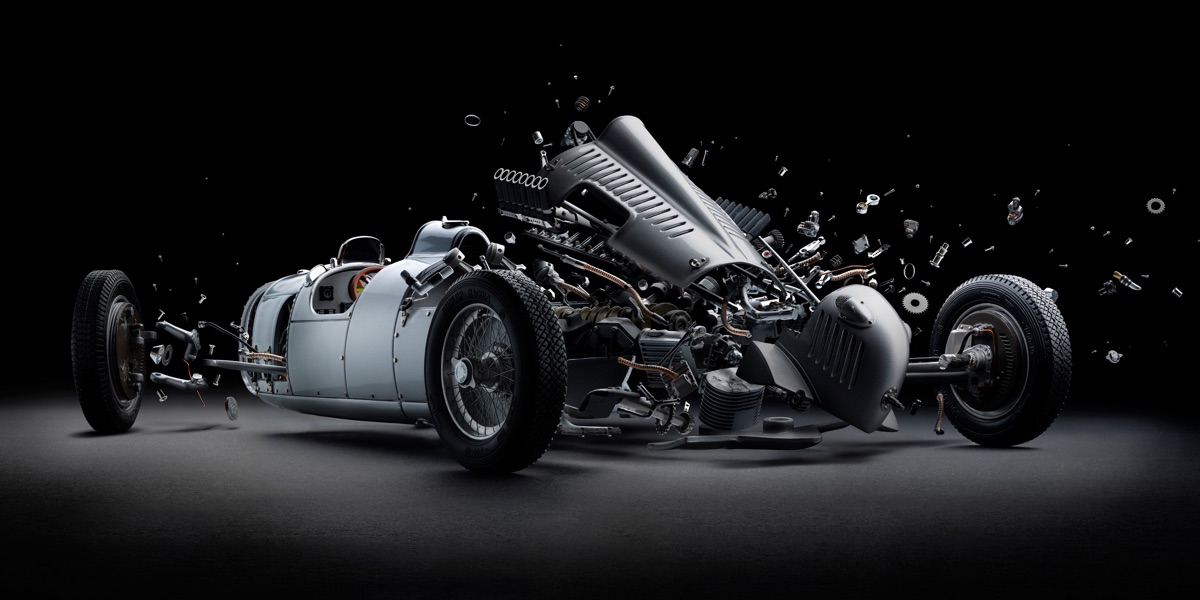 Fabian has a photo studio in the town of Aarau. His work has only been sold through direct private sales around the globe. With his original style, the artist has worked for large international firms and is often invited to participate in various art projects. Fabian demonstrated his ideas and artwork during a TED Talk, as part of the non-profit’s initiative devoted to ideas worth spreading. His reputation has been growing steadily for the past five years.

I have been involved with photography for many years and have seen a wide variety of artwork and participated in various committees; however, when I saw his first series at M.A.D.Gallery Geneva in 2013 with my own eyes, I was pleasantly surprised by how strong and mind-boggling it was. The stars of the first series were a Mercedes-Benz 300 SLR Uhlenhaut Coupé with gullwing doors (1954), a black Jaguar E-Type (1961), and a Ferrari 330 P4 (1967).

Once I got over my first overall impression, I was naturally faced with the question of how it was done. Fabian Oefner explains that in a broad sense, these are moments frozen in time, but they are different. “What you see in these images, is a moment that never existed in real life,” says Oefner. “I have always been fascinated by the clean, crisp looks of 3D renderings. So I tried to use that certain type of aesthetic and combine it with the strength of real photography.” 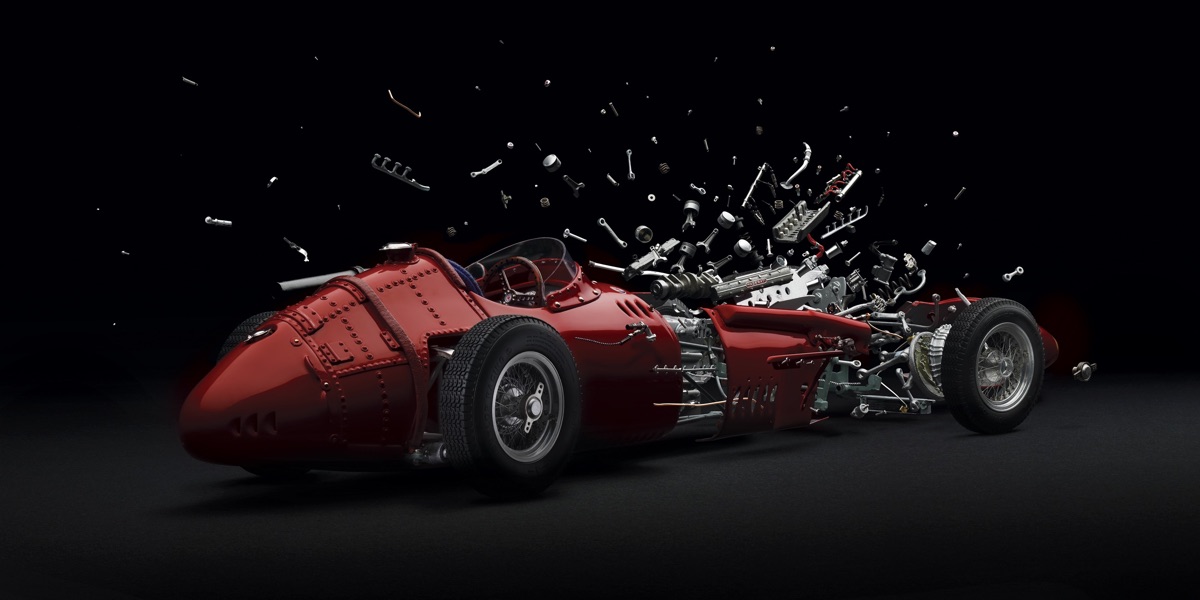 These moments are the result of titanic and extremely meticulous work, because one image of a car falling apart is actually created from 2,000 individual photographs. “There is a unique pleasure about artificially building a moment… Freezing a moment in time is stupefying.”

So first the idea is born and the theme of the piece is selected – a specific car. Fabian draws a sketch on paper that shows each piece of the car and its place in the overall context. Then he takes precise models of the cars and disassembles them down to the last screw. Each completed photograph contains approximately 1,000 parts. If we take a close look at the photograph, we can see that even the most minuscule parts are "flying" in space at different angles. In order to create this effect, each component, right down to the smallest screw, is photographed separately, setting them at the right angle with the aid of special, fine needles and pieces of nearly invisible string and establishing the right lighting. Thousands of photographs are taken this way. Then, with the wheels acting as a reference point, each part is masked in Photoshop, cut and then pasted into the final image. All of these individual photos are then blended together in post-production to create a single photograph. 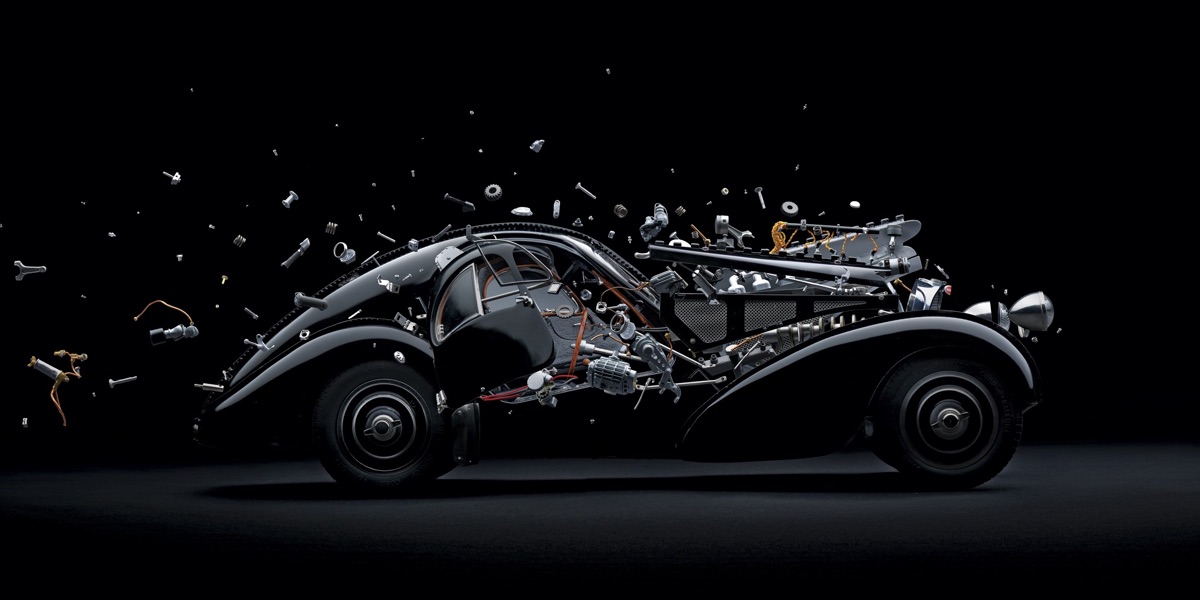 “These are possibly the ‘slowest high-speed’ images ever captured,” says Fabian. “It took almost two months to create an image that looks as if it was captured in a fraction of a second. The whole disassembly in itself took more than a day for each car due to the complexity of the models. But that’s a bit of a boy thing. There’s an enjoyment in the analysis, discovering something by taking it apart, like peeling an onion.” However, he adds: “The hardest part was actually setting up the camera, lens and light, because the biggest frustration is when you can't get any beautiful image out of it!”

Maximilian Büsser, M.A.D.Gallery Founder and Curator said: “Fabian Oefner’s works are perfect examples of how mechanical art can be powerfully beautiful. Seeing objects we are so familiar with breaking down into hundreds of pieces, challenges the viewer’s perception of these items. ‘Disintegrating II’ truly encapsulates M.A.D.Gallery’s concept of celebrating the art of mechanics.”