8 Series: The Most Underrated BMW Ever

During the nineties, the BMW 850i was just as much a poster child for teenagers as the Italian supercars. That's when BMW used the number eight (the highest in its range) to mark the model for the first and – as yet – last time; this dry fact alone says a lot about the car. The BMW 8 Series was unlike any other product the Bavarians were making at the time, and you have to admit that it has now been undeservedly forgotten.

BMW experienced a boom in the eighties with the 5 and 7 Series sedans that just kept getting better. Meanwhile, the 6 Series coupé was already starting to show its age. However, instead of producing a successor to the 6 Series, they decided to develop an even bigger and more powerful coupé. The new car was supposed to be even better than the two-door version of BMW's largest sedan – the 750i, which was one of the most luxurious and sophisticated coupés in the world. BMW used all of its know-how and all of the latest technology it had available to achieve this. 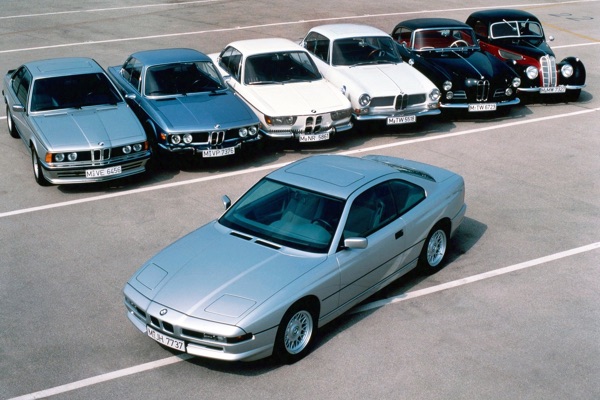 BMW 8 Series in front of other BMW coupes
© BMW archive

With the help of CAD tools, they managed to design a car with an extremely low drag coefficient of 0.29. The pop-up headlamps and other seemingly trivial details such as the frameless door windows that, in their regular position, were locked about 1 cm into the window channels to keep them firmly in place at over 200 km/h, also contributed to achieving such streamlined design. And as soon as you grabbed the door handle, the frameless window would lower about 1 cm so that you could open the door. This seems normal to us in modern cars with frameless windows, but back then it was a major innovation. Just like electrically adjustable steering columns or electronic throttle control. In addition, the 850i was the first car in the world to feature CAN bus – multiplex wiring that, for example, made it possible to reduce the number of wires coming into the door from 30 to five or six. 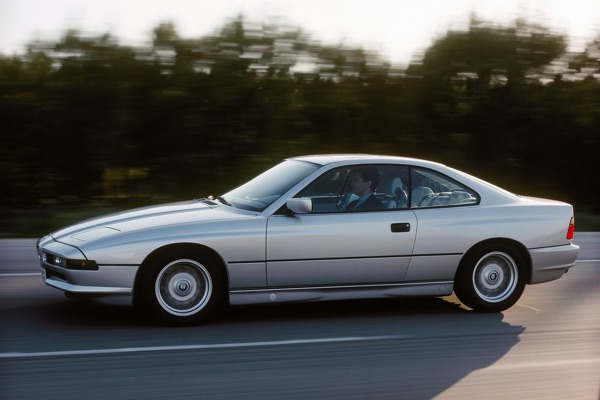 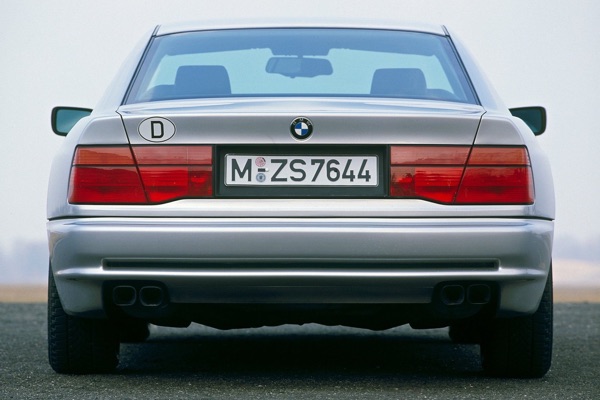 Basically, this BMW 8 Series (chassis code E31) that came out in 1989 was quite ahead of its time. In addition, the 850i was the first German post-war coupé with a V12 engine. The 12-cylinder mechanical masterpiece (the M70) was first fitted to the BMW 750i in 1987, and a modified version of this engine later went to the McLaren F1 as well. With its 5-litre, 300-PS, V12 engine, the 850i was a large, fast and comfortable coupé – like a wingless fighter plane, as Jeremy Clarkson called it in his review at the time. 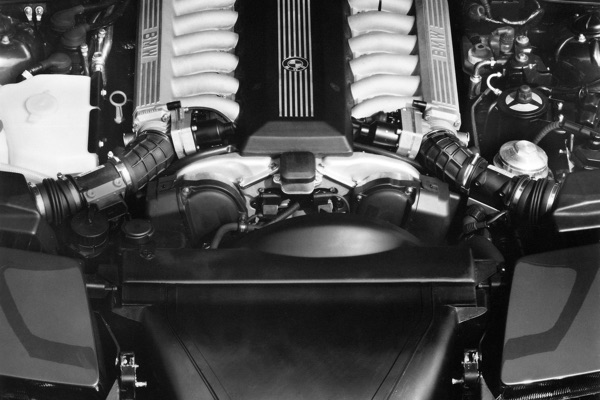 It was a spectacular car in every way, and BMW had reason to expect very good sales. Alas, they weren't exactly that. BMW found itself in a similar situation as Porsche had with its 928 a decade ago. The Porsche 928 was an excellent, high-tech car, but it was very expensive and wasn't precisely what Porsche fans expected. The same was true for the BMW 850i, as the public was accustomed to seeing BMW coupés as cars for which sportiness is more important than luxury or comfort, and the 8 Series did not exactly meet these expectations. It lacked brutality and that wild spirit that sporty BMWs always had.

The perfectly balanced V12 had 300 PS, but the 850i weighed over two tons with passengers and accelerated to 100 km/h in 7 seconds. That wasn't bad, but BMW fans doubted whether such a heavy car was really in line with BMW's "Ultimate Driving Machine" motto. Yes, it was one of the best grand tourers on the market, but despite being powerful, it lacked sportiness. With a 5.6-litre V12 that generated 380 PS, the 850Csi that came out in 1992 was an effort to rectify the situation. It was more powerful than the M5 was at the time, and the 6-speed manual gearbox matched to a V12 for the first time could hit 100 km/h in 6 seconds. 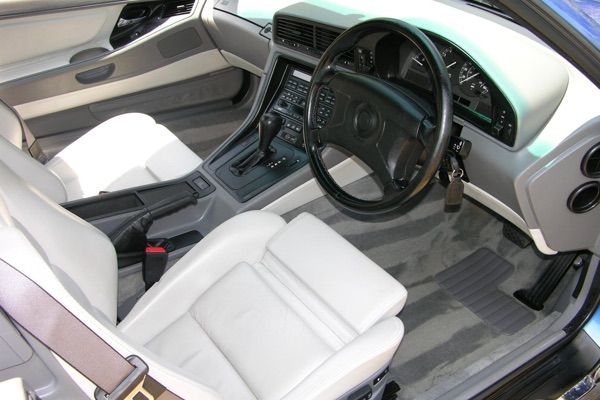 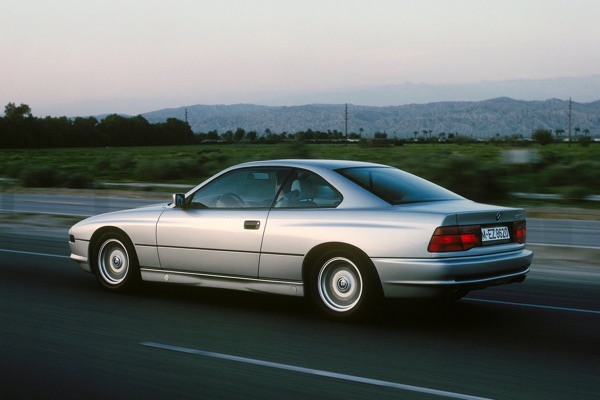 You could say that the 850CSi was almost an M8, which a prototype was also being developed for but which unfortunately never made it to serial production. BMW hid this M8 prototype for 25 years and only showed it at an event for brand enthusiasts a few years ago. Not only did the 850CSi have a more powerful engine – it also had a sportier chassis and was the best version of the 8 Series ever produced. However, it cost as much as a Ferrari 348, so it's not surprising that they only managed to sell 1,510 of them by 1996, making it the most valued version among collectors now. 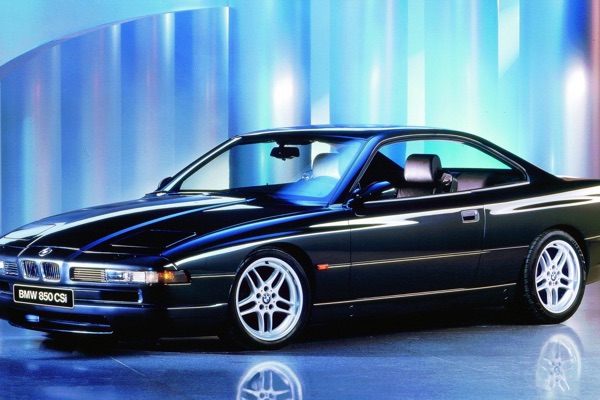 Since sales didn't go as planned, BMW introduced the entry-level BMW 840Ci in 1993, with a 4.0-litre, 286-PS, V8 engine and fewer electronics. From a practical point of view, the 840Ci is the optimum choice for buying now as a used car. It is mechanically simpler, cheaper and easier to maintain.

Although the prevailing opinion is that the BMW 8 Series was a failure, I would beg to differ. Sure, it didn't achieve BMW's sales targets – especially in the States, where they only managed to sell 7,232 cars in what was considered the main market. But over the course of 10 years, the Bavarians sold 30,621 8 Series coupés, and when you know the car's price, that doesn't seem all that bad. For comparison, Mercedes-Benz sold 26,022 W140 coupés from 1992 to 1998. 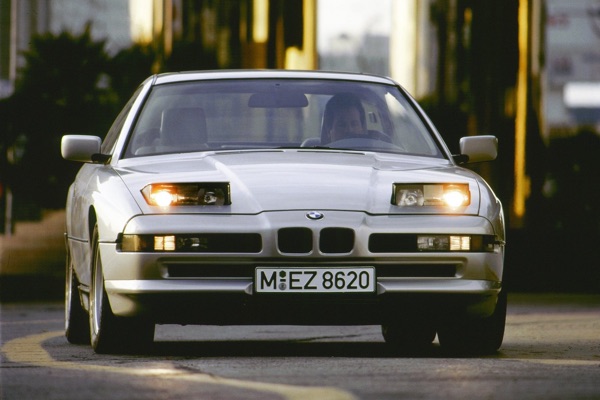 8 Series was last BMW with pop up headlights
© BMW archive

Like I mentioned, the 8 Series was BMW's first and only try, and for a long time it seemed like BMW had given up on a large coupé. However, the BMW Concept 8 Series was unveiled this year. And a few months ago, we saw a camouflaged prototype of what is most likely the serial BMW 8 Series model that should already be on sale in 2018. 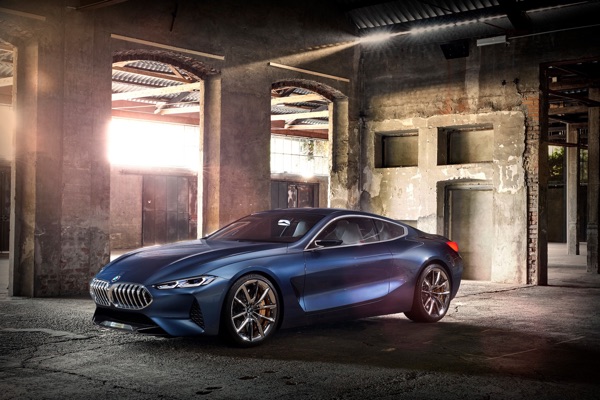 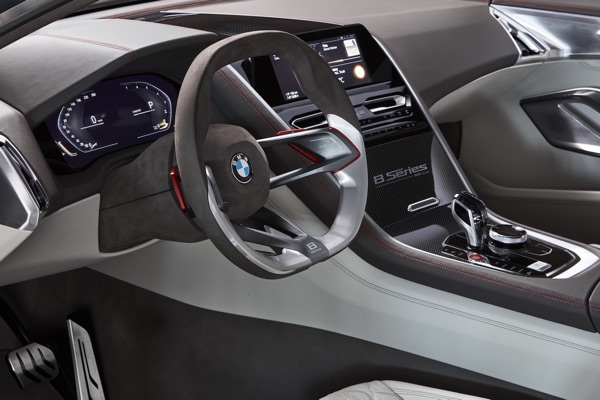 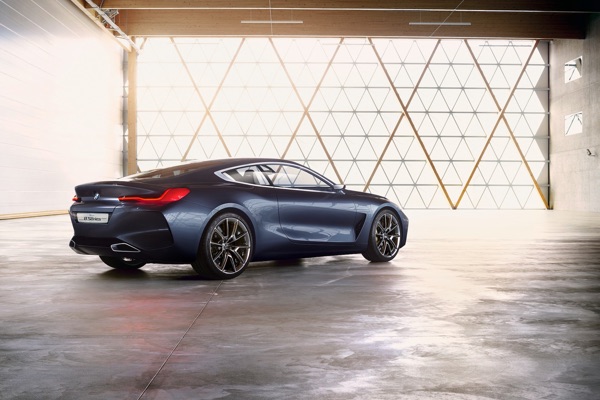 And this is good news not only for those who are looking forward to the new model but also for classic car collectors. It's very likely that the new 8 Series will be reminiscent of the slightly forgotten and unduly undervalued hero of the nineties – the E31, which is a real bargain on today's collector car market. Also considering the fact that the Series 8 is just becoming a classic car now, it seems like there will never be a better time to buy this tech miracle of the nineties. Hurry up.