During the late '60s and early '70s, Rover – one of the brands produced by British Leyland Motor Corporation – was going through a tough time. Most of them were being bought in Britain, and they weren't capable of competing with other manufacturers in Western European markets. Their antiquated construction and old-fashioned design were not what they needed to entice customers who were buying sedans from Mercedes and the increasingly popular Volvo.

That's why in 1971, the management at Rover decided that they needed a new flagship model for the brand. The Rover P6, which was then Rover's largest and most expensive model, was known as a car that you see outside of government buildings rather than in private yards. It was decided that Rover's new executive car should feature modern design that was not British, as this was the only way to move Europe out of BMWs and into Rovers. And the company's designers managed to do this and then some.

The angular, broken styling that David Bache came up with and that was so fashionable in the late '70s was nothing short of surprising when you think of what British Leyland had produced prior to that. Upon seeing it, many a Brit couldn't believe that the car was designed by another Brit instead of by "one of those foreigners". In a 1982 interview with Car magazine, Bach himself said that the design for the headlights and indicators are like a facsimile of the classic Ferraris. The main inspiration for such an eccentric exterior design was another design classic – the Ferrari 356/4 Daytona, created by none other than Pininfarina. It's not surprising that Rover also managed to create such modern hatchback. 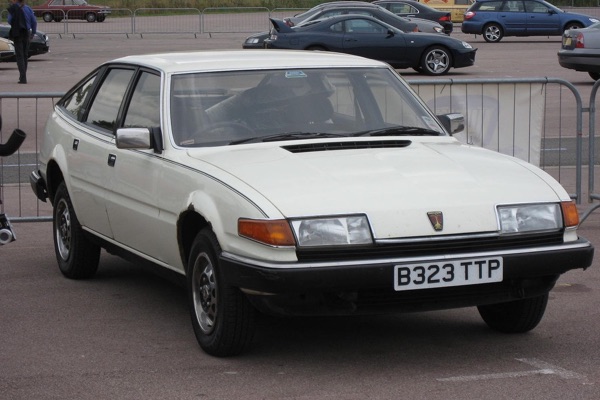 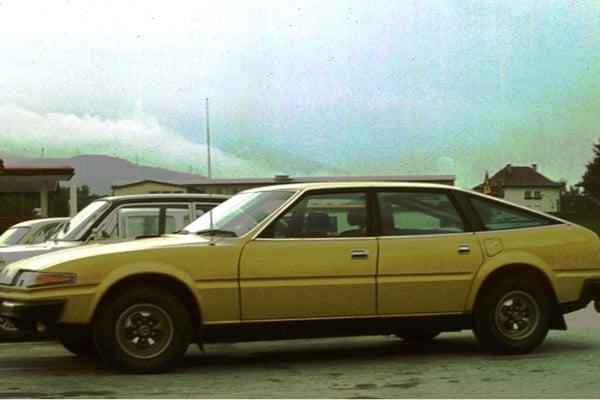 Once the body lines had been become clear and the first models had been created, they were put next to Italian grand tourers like Maserati in order to compare how the SD1 looks in their context. And even though it was a big sedan, if it wasn't for the rear doors, it could have been a luxury coupé at a rich man's villa in Nice.

Incidentally, the body configuration was another plus for the modern car image that the SD1 was after. During the '70s, hatchbacks became very popular in Europe, and it was practically a matter of honour for every company to have a model in its range where the rear window lifts up together with the boot. A complete contrast to other old-fashioned British sedans.

The interior of the car was as modern as the body – full of broken lines, plastic and other synthetic materials. The Brits even came up with a cheap way to adapt the model for markets with left-hand traffic. The dashboard was the same everywhere, but on the side without the steering wheel, an air vent filled the passage for the steering-wheel column. And there was none of the wood and open iron that were standard for British cars. Like Clarkson said about the Lincoln Town Car – a celebration of a man made material. 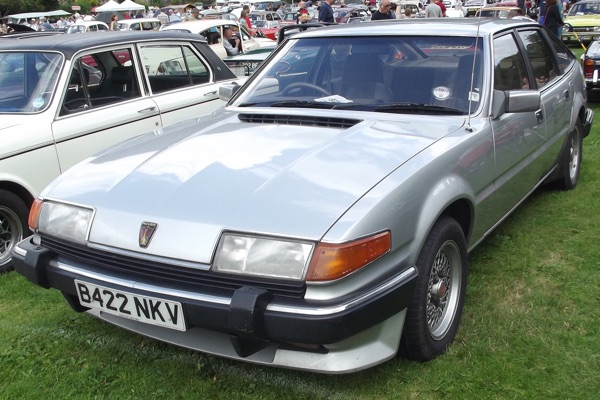 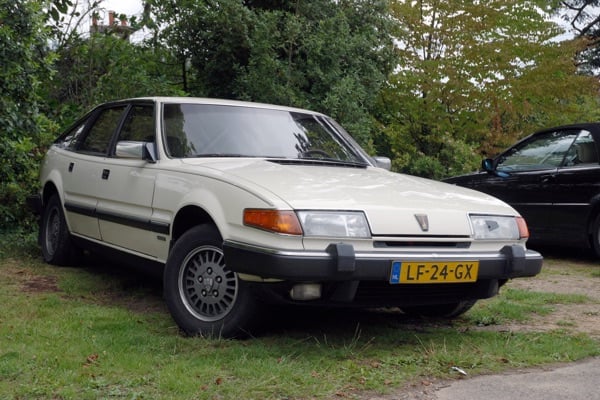 As mentioned in the beginning of this article, British Leyland was hoping to have a flagship for the brand with the Rover SD1 – one that you wouldn't be ashamed of moving to from other cars made by European manufacturers. And they almost succeeded. In 1977, the Rover SD1 won the European Car of the Year award, leaving stars like the Audi 100 and the Ford Fiesta in the dust. Going for less than 5,000 pounds, the SD1 was also very reasonably priced for its class. It seemed as though Mercedes would soon fall to its knees in front of good old Britain, while British Leyland employees asked each other optimistically "what could possibly go wrong?“.

Nevertheless, not everything was smooth sailing. Although the SD1 was one of the best products ever made by British Leyland, the fact that it was made by British Leyland was a major drawback in the SD1's biography. Even British Leyland didn't believe that anyone would buy their cars, and the factory was unable to meet demand and assemble enough SD1s to keep customers from having to wait. Given, you can wait a bit for such a great car... but it really wasn't all that great.

Hiding under its good-looking and ultra-modern appearance was British Leyland's traditional problem – tragic build quality. Mercedes-Benz or Audi, which Rover beat for the European Car of the Year, would never allow one of their cars to be handed over to a buyer if there was plastic rattling in the cabin, if the dashboard wasn't fastened properly, or if the suspension begins to fall apart after just a few thousand kilometres. This undoubtedly affected sales, which crashed just as fast as they had soared, and the Rover SD1 quickly went from being the car everyone wanted to another one of British Leyland's failures. Even a few restyles didn't help – the SD1 became the right car from the wrong company, although it is still probably the best attempt by British Leyland to produce a good car, even if they weren't successful. 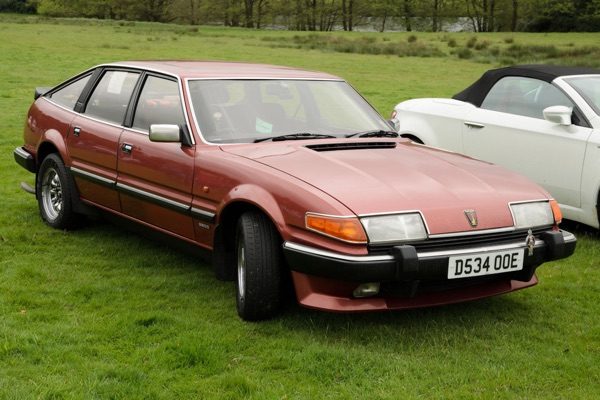 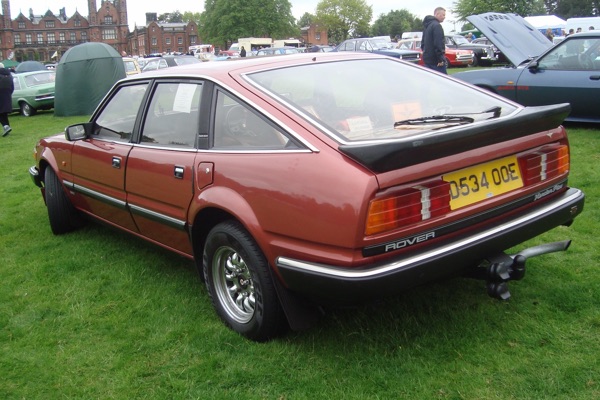 But was the SD1 really such a bad car? Of course not. Since it was the brand's flagship model, it was given a pretty powerful engine. The V8 (which was another unusual element for a British car) could squeeze 150 horsepower out of its 3.5 litres. Obviously, this kind of engine wasn't the most desirable thing in a Europe that was exhausted by the energy crisis. In 1977, a year after the model's debut, 6-cylinder 2.6- and 2.3-litre petrol engines were added to the range. Thanks to them, the car was rather fast. Actually, "rather" is not exactly the right word in this case. The Rover SD1 (with the V8 engine) had a top speed of 228 km/h, and could accelerate to 100 km/h in 8.4 seconds. The Mercedes Benz 280SE, which cost twice as much as the Rover, was slower and consumed more fuel. 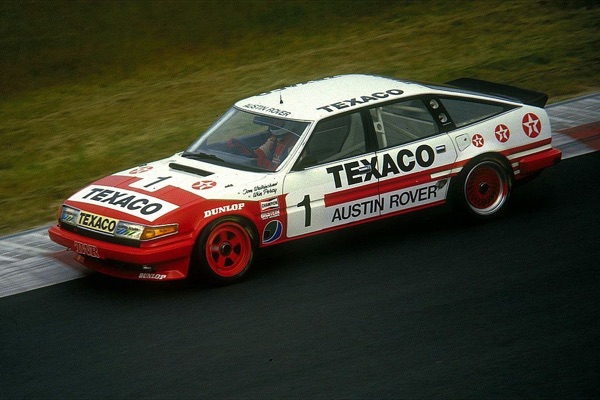 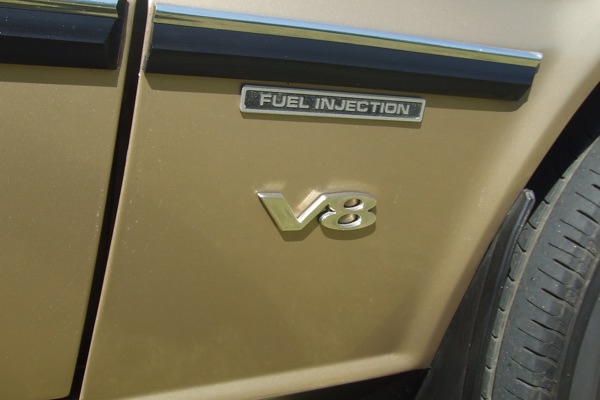 In terms of handling, the Rover SD1 also got good reviews from the journalists who tested it. The car demonstrated good stability when taking a curve, and the steering feedback was fast, with the car responding to each touch of the wheel. "A real driver's car" was how the SD1's handling was often called in publications that wrote about cars, and after testing the V8 version in 1983, the British magazine Motor described the SD1 as "the poor man's Aston Martin". With its spacious cabin and good driving qualities, the SD1 was popular with the British police. Right before the end of production of the model, they stockpiled thousands of the cars for later use. 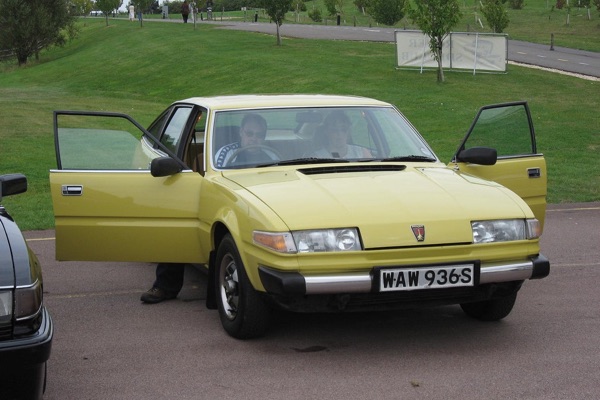 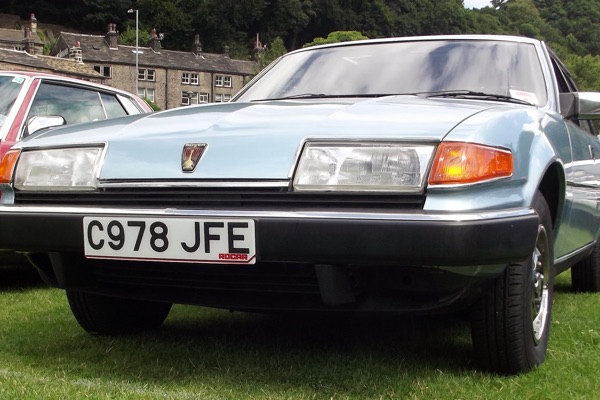 And the end came in 1986 for the SD1. A total of 303,000 Rover SD1s were produced. Not a huge number, especially compared to the Volkswagen or Toyota models that were made by the million. But has a Toyota's design ever sparked the kind of furor that the launch of the SD1 did in 1976? The SD1 has definitely become an example of British industrial design as much as the Concorde or the Mini. And if, after reading this, you get the urge to purchase a piece of automotive history for yourself, prices for an SD1 won't scare you off. Ones in good conditions cost 2,000–2,500 pounds. Prices for European versions shouldn't be much more. Yes, over the three decades that these cars saw a significant part of modern history, their tragic assembly quality became even worse. But is a little rattling plastic more important to you than the attention you'll get driving a beauty like this in this day and age? It's up to you and your wallet to decide.