The Godfather of the Nissan GT-R

The Godfather of the Nissan GT-R – that's what some people call Kazutoshi Mizuno, a man who began working for Nissan in 1972. Every time he was asked how he imagines this model, he would answer that he'd like to make the car nicknamed "Godzilla" even better.

When he started working at Nissan five decades ago, Mizuno-san admits himself that he wasn't a good employee. I was always sleeping during working time, I didn’t work too hard, I didn’t work late nights. As a student, you see, I had designed a Formula Junior car. In Nissan, I was only in parts design, not car development, explains “Mr GT-R".

Nissan noticed this and sent the young engineer to work at a dealership so he could get to know the company's customers. Mizuno-san sold cars to handicapped people who told him that for them, a car is their entire life, almost like a human.

My mind had a big change. I realized the most important thing is that the car is for a customer, he recalls. 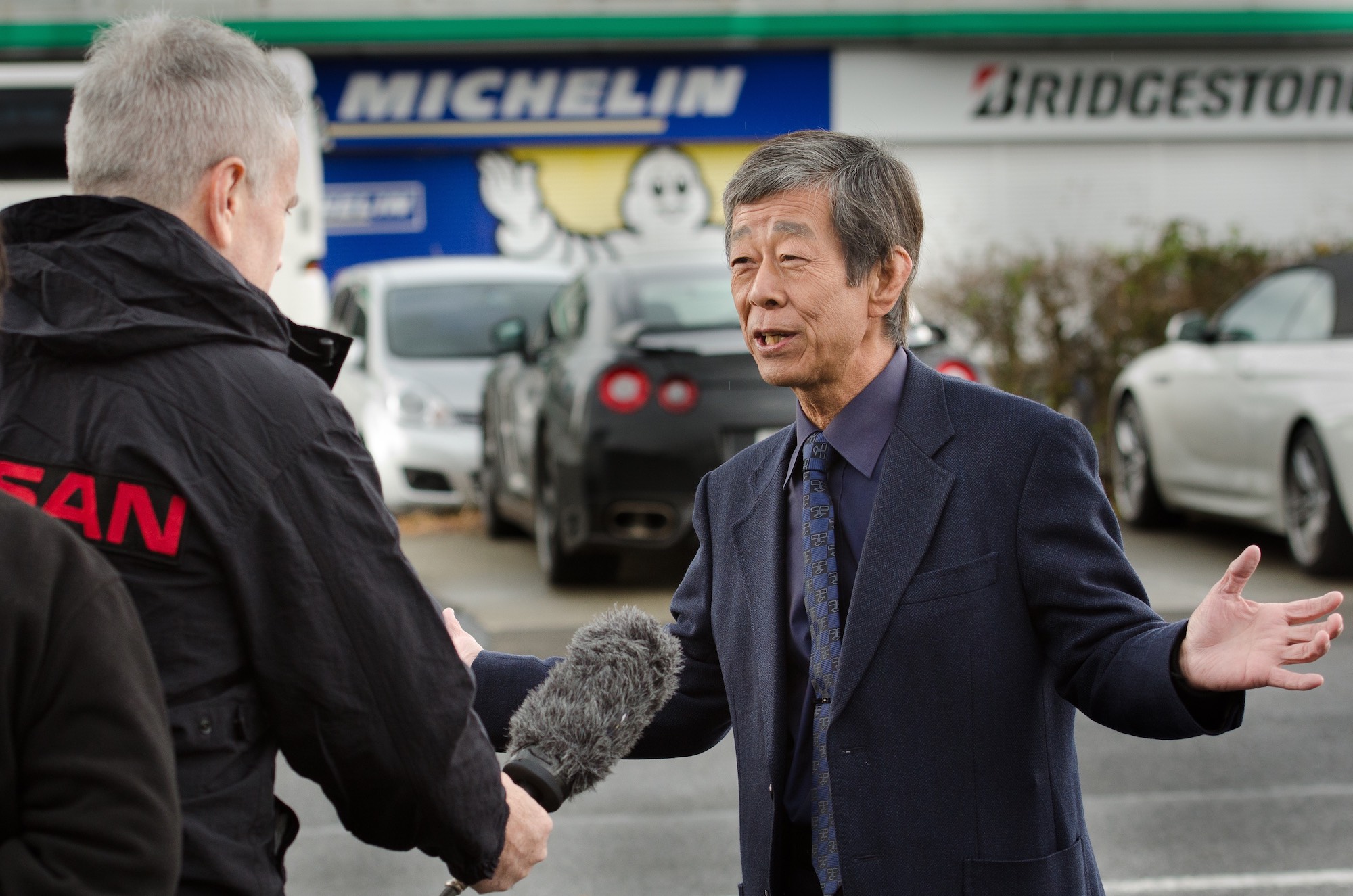 Mizuno-san joined Nissan’s racing efforts in 1987, and later became a part of the company’s 1994 Le Mans campaign with the R33-series Skyline GT-R project. By 2000, he was in charge of the team that developed the Nissan 350Z, the first Infiniti FX, and the last-generation Skyline, among other cars. Finally, CEO of the Renault-Nissan Alliance Carlos Ghosn hand-picked him to work on the GT-R project in 2003.

Kazutoshi Mizuno worked for about five years before the first public showing of the GT-R. The crowning moment came in 2007, when he unveiled his baby at the Tokyo Motor Show.

There are three requirements for a supercar. One, it must weigh four kilograms or less per horsepower. Our ratio is 3.6 kilograms. Two, it must have 300-kph capability on public roads. And, three, it must be able to circle the Nürburgring Nordschleife in less than eight minutes, said Mizuno-san in presenting his creation. 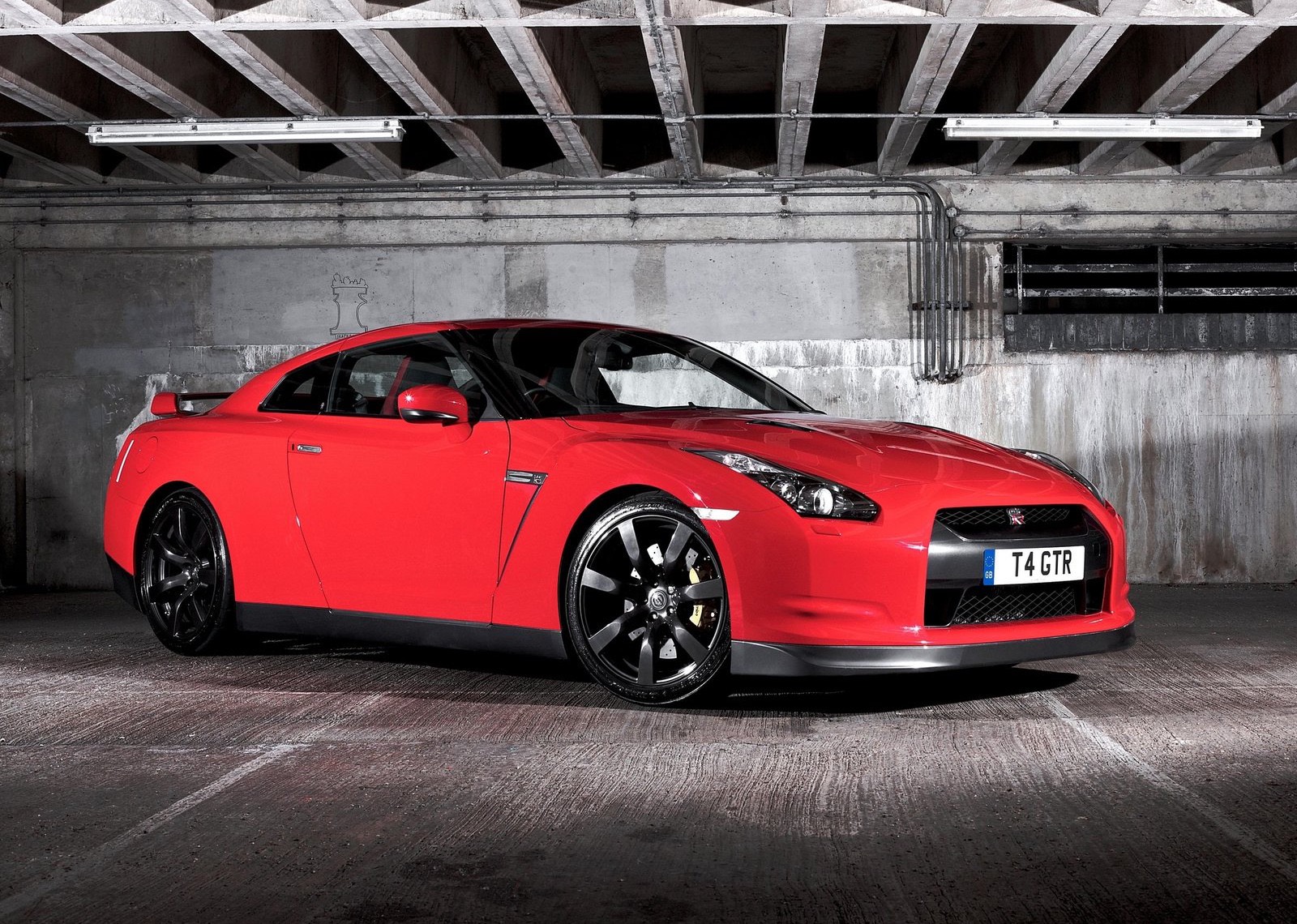 The Nissan GT-R that came out in 2007 became a worldwide sensation. When talking about his creation (he was both chief vehicle engineer and chief product specialist), Kazutoshi Mizuno admitted that he had this model in his head well before Carlos Ghosn asked him to make it.

I had this car in my head – the performance, the dynamics – completed in my head,” says Kazutoshi Mizuno. “People at Nissan did not believe me when I said my car would be as good as a Porsche 911, but in a different way. But it is. 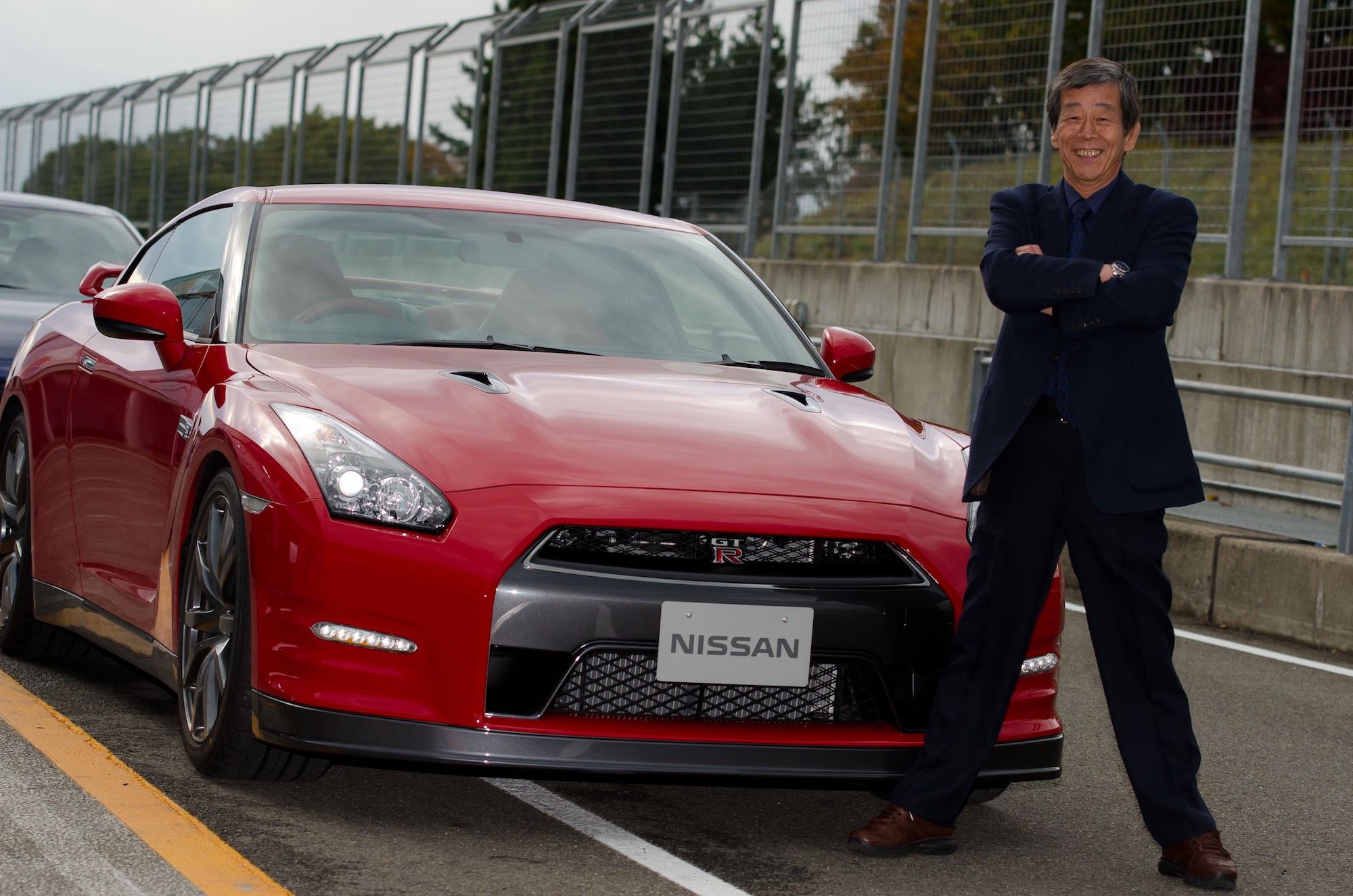 The spirit of takumi

Kazutoshi Mizuno also has interesting thoughts about what a Japanese supercar is. According to him, the cars made in Germany are high-quality and high-price, American cars are cheaper and not as good, and Italian cars are eccentric but unreliable.

Nationality is bigger than the cars. So the GT-R is takumi [in Japanese, this word means skill and artisanship]. This is Japanese spirit!  It is a special skill that adds something special in the customer mind, and passes it on to the next generation. I make the GT-R for customers, not for myself or for company pride, explains the engineer ardently.

For Mizuno-san, the GT-R isn't any old car. When the second generation model was introduced at Silverstone five years ago, Top Gear met the engineer and the model's ideological leader in a rage, waving his arms around.

Thinking that my car is too heavy is a mistake! All journalists say: ‘GT-R is heavy, heavy, heavy – it should be lighter, lighter, lighter!’ I say, journalists need to develop a more professional level of thinking! More study! More thought! The GT-R needs to be this weight. A car with less weight does not handle. Lighter weight can be dangerous. And it will not be drivable by all customers. You have a responsibility for the customer. I have a big responsibility for the customer! stated Mizuno-san in 2012, angered by the journalists' talk. 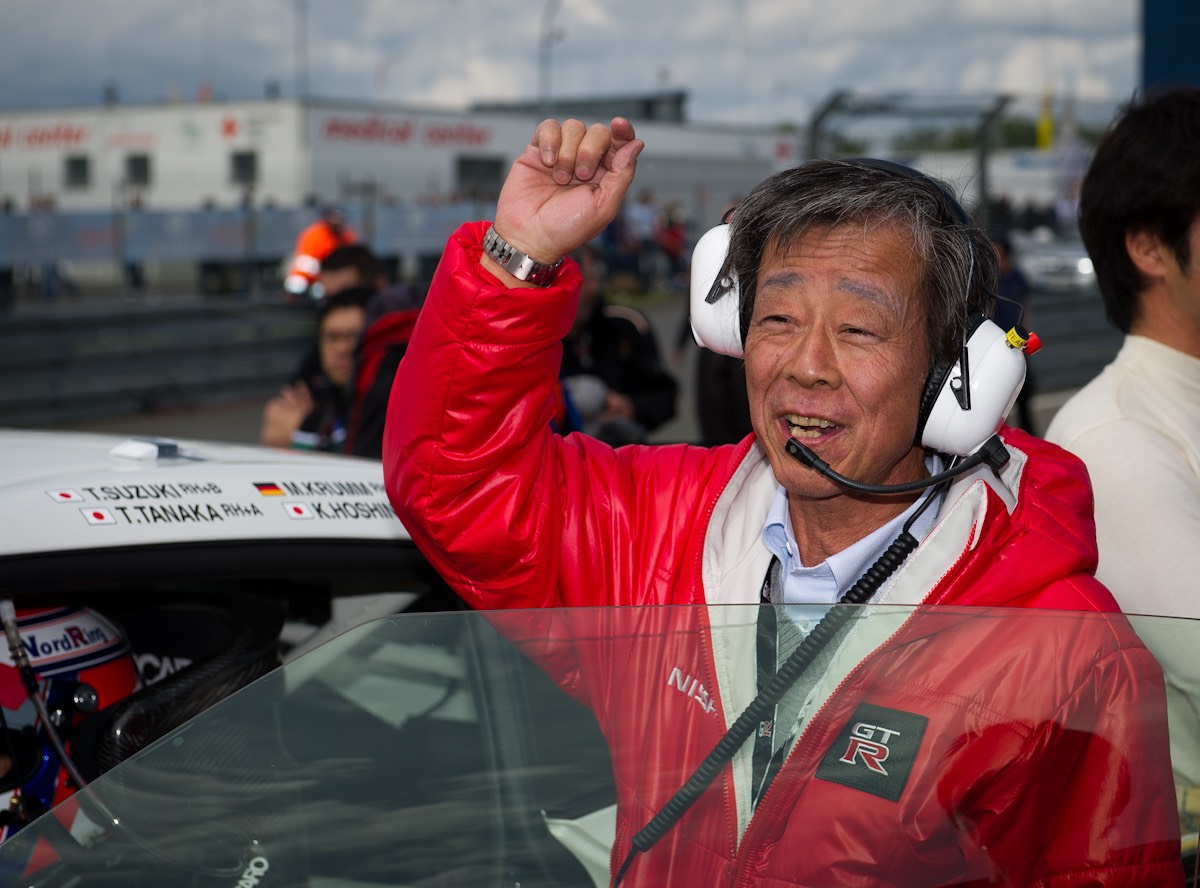 He often emphasises safety and the manufacturer's obligations to the client. For example, in another interview about the new GT-R that came out in 2012, he once stressed that Nissan's advantage over its rivals was their commitment to safety.

We not only contend that in a GT-R a normal car conversation is possible at 300 kph on the German autobahn, or that the car can do a lap at Nürburgring in 7 minutes 18 seconds. We also consider questions like how do we design a car to endure a flat tire at 300 kph that can make it to the repair shop? Or how do we protect the passenger in case of an accident at 200 kph? Or how do we activate the VDC [vehicle dynamics control] system at over 250 kph? listed the engineer. 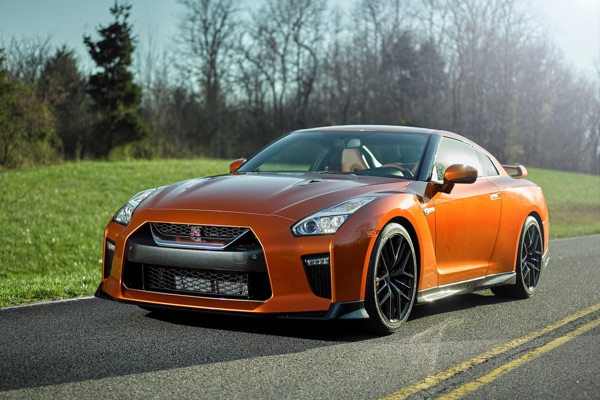 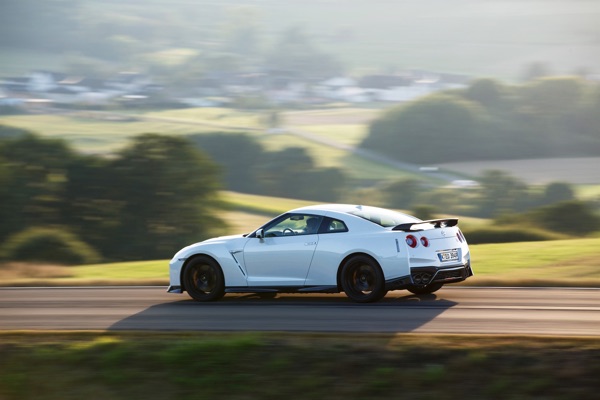 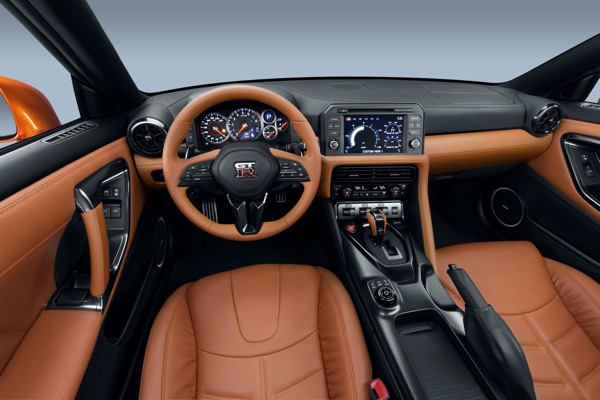 When the new-generation GT-R came out in 2012, one French journalist asked Mizuno-san how long he plans to keep working at Nissan. The engineer was about 60 years old at the time. He took a deep breath, thought for a moment, and answered that it was a very difficult question for him, since he is always contemplating what else he could do for the GT-R.

Nevertheless, the news that Mizuno-san, the Godfather of the GT-R, was resigning resounded around the world in 2013. The official reason was health problems, but there was also a rumour that the engineer stepped down when the manufacturer decided to produce an electric or hybrid supercar. In any case, Nissan didn't say much, but did state that the engineer's resignation would definitely affect production of the GT-R. Another specialist became the GT-R product manager and after a few years off, Mizuno-san joined Taiwan’s Yulon Group. It was announced that the ambitious specialist agreed to become part of the Yulon Group only if he was given a free hand to create cars that can compete with Germany’s premium brands.

I’m not a gambler. I won’t start a fight unless I’m 100 per cent sure I’m going to win, emphasized Mizuno-san. I want to challenge the European premium brands in the most competitive segments.