Chances are, you have seen those car shows on television where classic Ferraris and Porsches are unearthed from old storage rooms or garages, covered in cloths and newspapers. Not only the idea of breathing in new life to a long-forgotten classic is extremely romantic, it can also be a great way to save a lot of money when getting a car from the owner who has forgotten about it for decades. If you want to get some of that barn find action yourself, read on. This guide is meant to provide you with basic guidelines of what to expect and what to avoid when on your abandoned classic search.

Just like in many aspects of life, media projects a distorted version of reality when it comes to barn finds. Finding vintage Ferrari GTOs makes good television and discovering a forgotten 356 Speedster driven by Steve McQueen ensures many clicks. Barn finds like that do not usually happen in everyday life. Media, Dyler is no exception, loves compelling, glamorized narratives, and ignores the mundane ones. It’s worth forgetting about those TV shows and lowering your expectations before going on the automotive hidden treasure hunt. 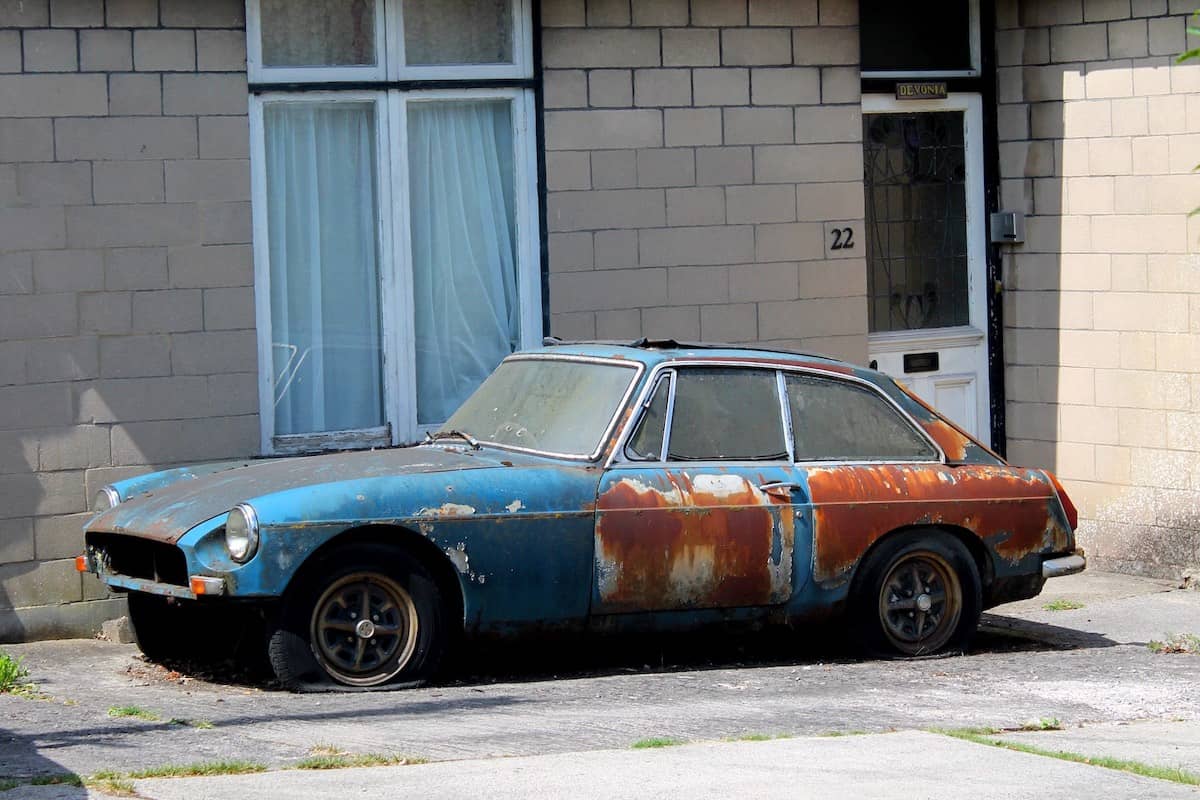 If you’re after a specific make or model, try to think of the likelihood of somebody in your area owning it back in the day. Maybe a certain model was not even imported into your country. One might have a tough luck searching for a Renault Alpine in the United States where they were never sold. Similarly, garages in East Germany are more likely to have Trabants than BMW 1602s. Generally, you are most likely to find something that was attainable to the general public in your area when it was new. That is not to say that these hidden classics are not worth your time – even the most regular cars from the days gone by make great enthusiast cars now. Notable examples could be VW Beetles or Citroen HY.

Another aspect of barn hunting often misrepresented on TV screens is the condition of found cars. They’re almost always just covered in a thick layer of dust with an odd cardboard box sitting on top of it – just a fluid change and a polish away from concourse quality. That could be the case for your barn find if you live in dry climate and the car had been taken good care of before it was stowed away. In other instances, the body may be terribly corroded, the internals seized and there even might be some wildlife that has found their home inside the car.

Even if the car you have found is not the glorious exotic you expected and it seems quite far gone, it may still be worthy of a second lease of life. You just need to forget the million dollar builds you have seen or read about and enjoy your very own classic car. 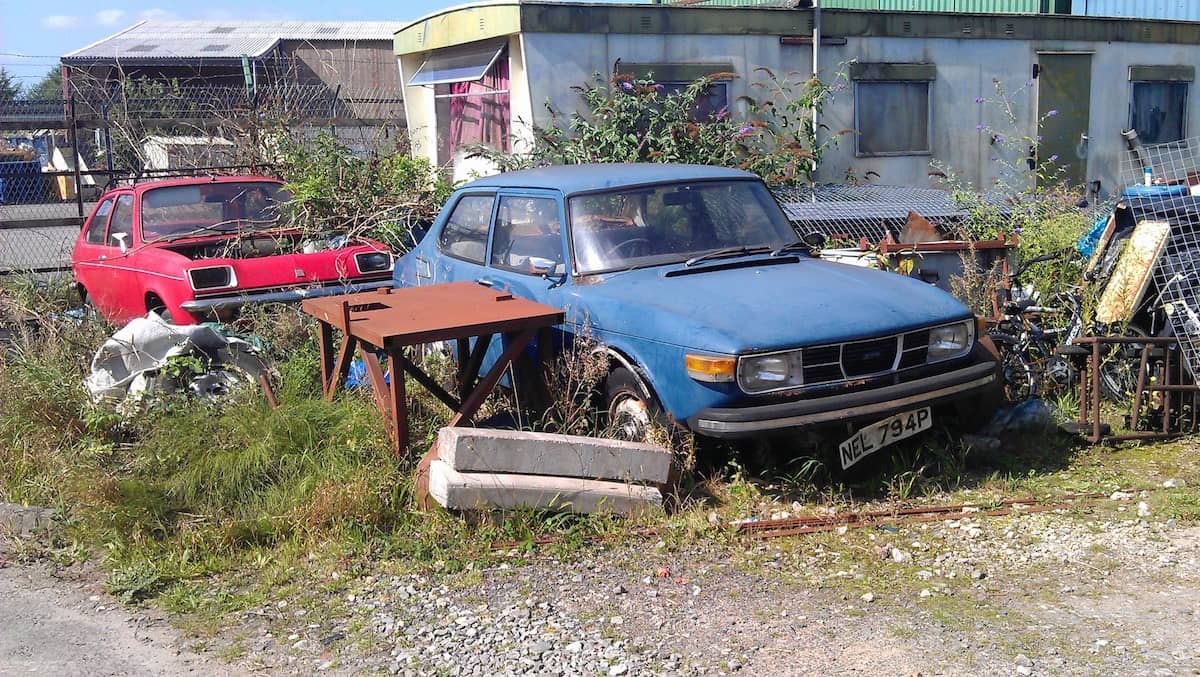 Some barn finds can be too far gone and only suitable for spares
© Charlie, Flickr

2. Know where to look

Although you may not find a Miura in a farm next door, you still need a good strategy to look for classic cars. It depends on you how far you decide to take it – you can settle for a drive around the area and checking classifieds once in a while or you can become a full-blown part-time classic car detective. Needless to say, more effort will probably reap greater rewards.

Frequently, the barn finds are cars owned by elderly that bought them years ago and now lack the resources to keep them running. In other instances, these are the cars which belonged to someone who passed away and their family has no use for them. If the elderly in your area are not too keen on using the internet, it may be a good start to check the classifieds in your local paper for possible bargains. 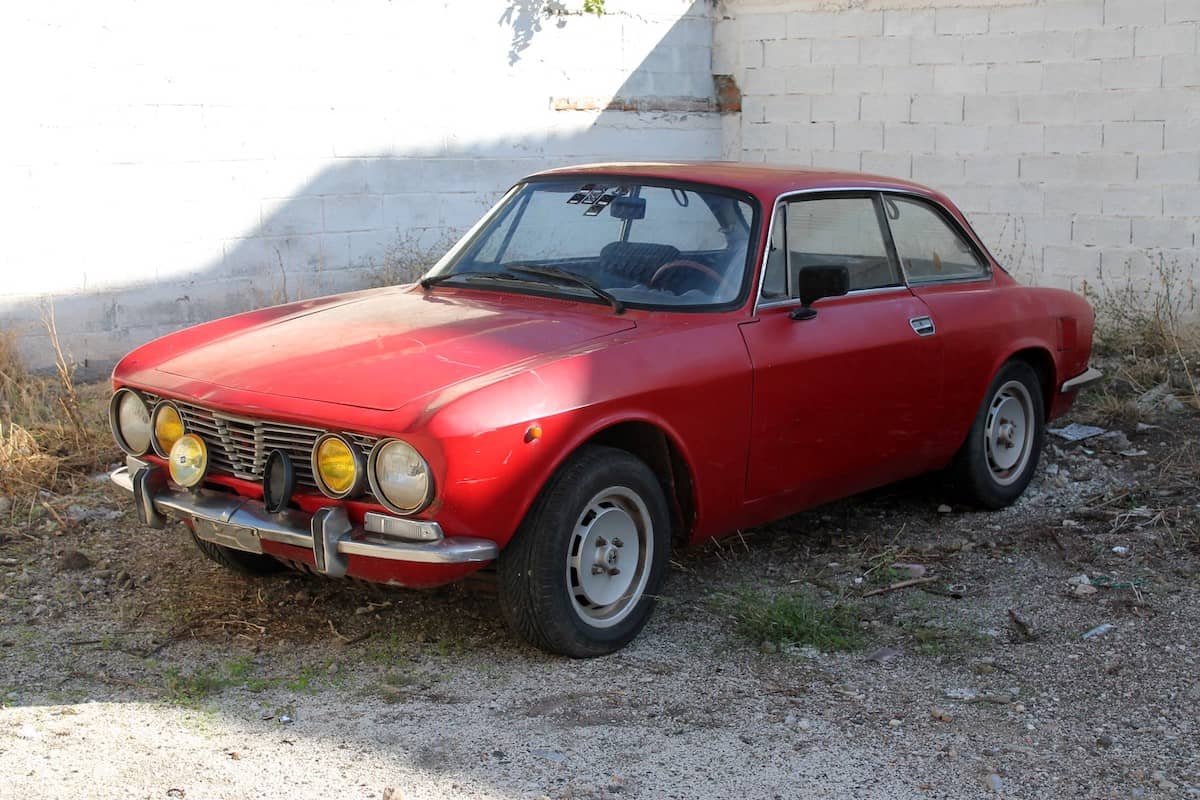 To increase your chances, it is wise to actually get out of your house and explore. Get off the main streets and keep an eye out for classics stashed away in backyards and garages. It may even help to cycle – when moving at a slower pace you can get a better look at the surroundings. Sunny weekend afternoons in the suburbs may be the best time to see hidden vintages automobiles lurking through a partially opened garage door. To maximize your chances, be mindful of the neighborhood you visit – fresh housing developments with young families are unlikely to be home for classic cars that have not been moved in decades.

If you are indeed dedicated to the cause, it can help asking people around. You may start with people in car businesses, such as junkyards or garages – they are most likely to know about any interesting cars in the area. If that does not bring any luck, consider approaching the general public – chat with the locals in bars and cafes, leave flyers with your contact details in a local grocery store. It is more likely that somebody with a classic stashed away in their garage will contact you once you’re known to be looking for one. 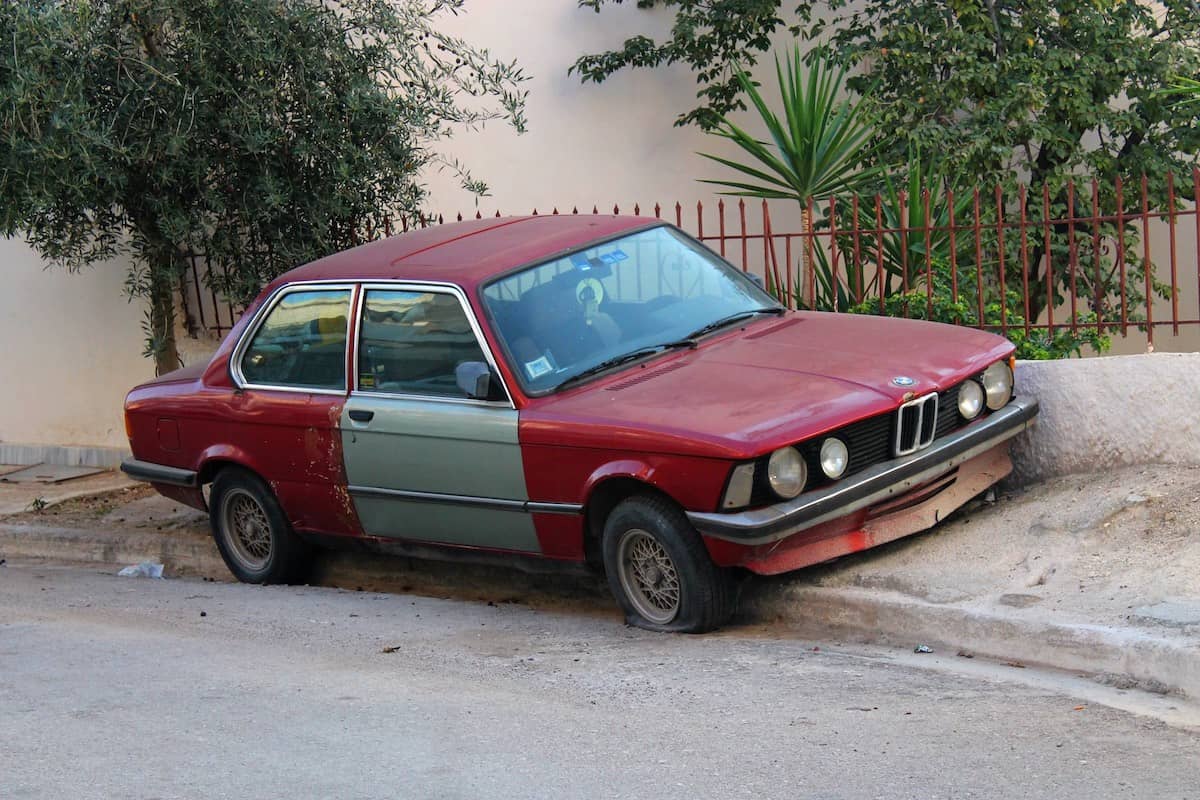 Frequently, the barn finds are cars owned by elderly that bought them years ago
© Charlie, Flickr

Locating your desired classic is a good start but it’s not the end of the process. It is wise to take things slowly up until the point the car has found a spot in your garage.

Asking to sell the car and inquiring about the price right off the bat may shut the doors to your secret barn find forever. Keep in mind, if a car has spent decades in someone’s home, they are likely to have a long history with it and blatantly asking to sell it is insensitive. It is much better to show the owner that you are an automotive enthusiast as well. Not only will you establish a rapport and increase your chances of finalizing the sale, it will likely reveal more details about the car and its life. After all, cars are often treated as if they’re family members, and the owners may be willing to drive the price down if they know the car is going to find a good home. 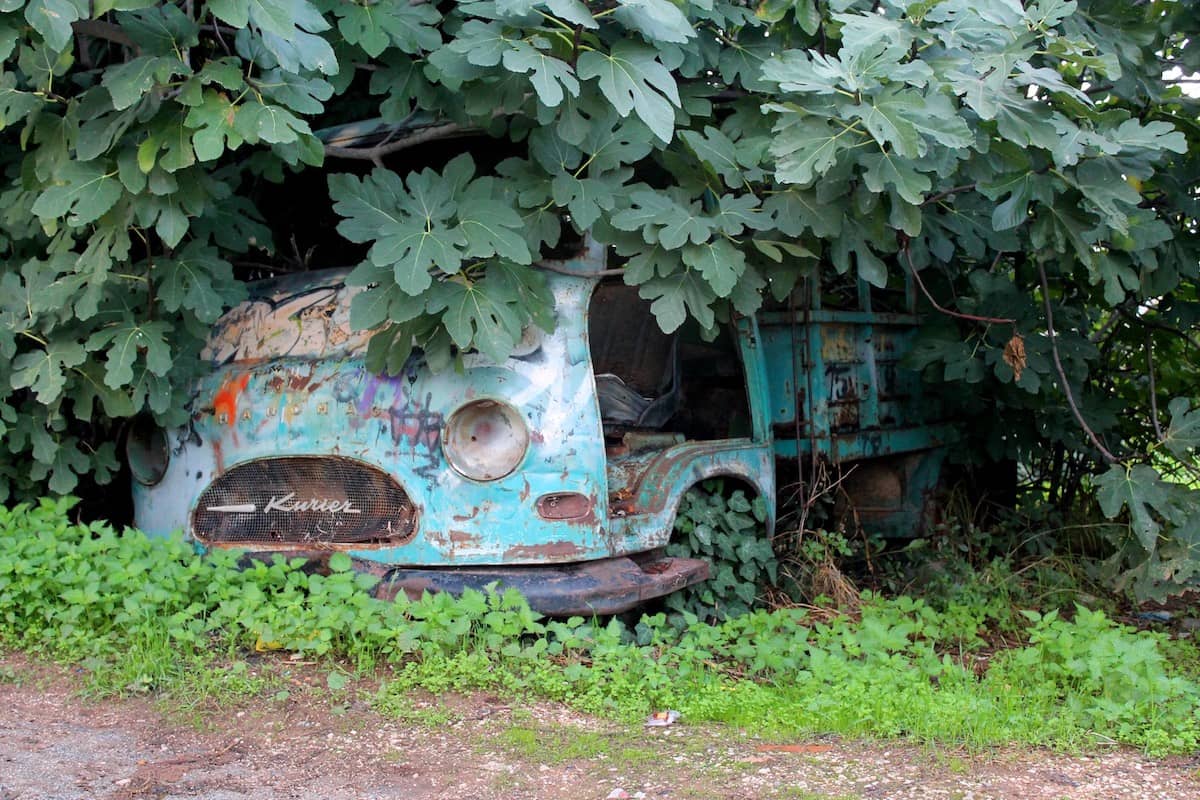 If a car has spent decades in someone’s home, they are likely to have a long history with it
© Charlie, Flickr

In more unfortunate scenarios, even after establishing the rapport the owner might be reluctant of letting the car go or would ask too much money for it. Some people form a strong attachment to the abandoned classic in their shed that has not been touched for 20 years just because of the precious memories the car represents. Others consider their car worth more than it is after looking up ads of pristine examples and would deny all of the reasonable offers. You must know when a dead end is reached. Sometimes, it makes more sense to cut your losses and carry on with the search, rather than trying to persuade the seller. Of course, the rarest of cars may be worth months or even years of negotiation and conversation, as there are just too few of them available but, as explained above, you are very unlikely to come across any.

Even an unsuccessful attempt to buy a barn find can easily lead to a fruitful connection. When it comes to keeping your classic running, community around those cars is extremely important. People that are heavily invested in this hobby are likely to keep plenty of spares and have technical know-how, both crucial to maintaining a classic. Lastly, even if this barn find hunting will not bring any tangible rewards, meeting fellow enthusiasts alone can be enough of a reason to go classic car hunting. As the old cliché goes, the journey is the destination.