The Best Looking Among the Fastest – the Lamborghini Miura

If you considered the Jaguar E Type to be the best looking car ever made, it may be that you still haven't had a chance to see a Lamborghini Miura. With its subtle lines, the coupé that debuted in 1966 doesn't look like a hopeless artefact of the hippie era even 50 years later.

Although the Miura is one of the most impressive cars ever produced, it was its chassis rather than its body that the world saw first. This happened because development of the Miura was so secretive it could have been a James Bond gadget. Ferruccio Lamborghini, the company's patriarch, was dead set against fast, sporty coupés. At the time, similar ones were being produced by Ferrari, which old Ferruccio – if you know Lambo history – must have hated. Meanwhile, Lamborghini was oriented towards the manufacture of GTs. 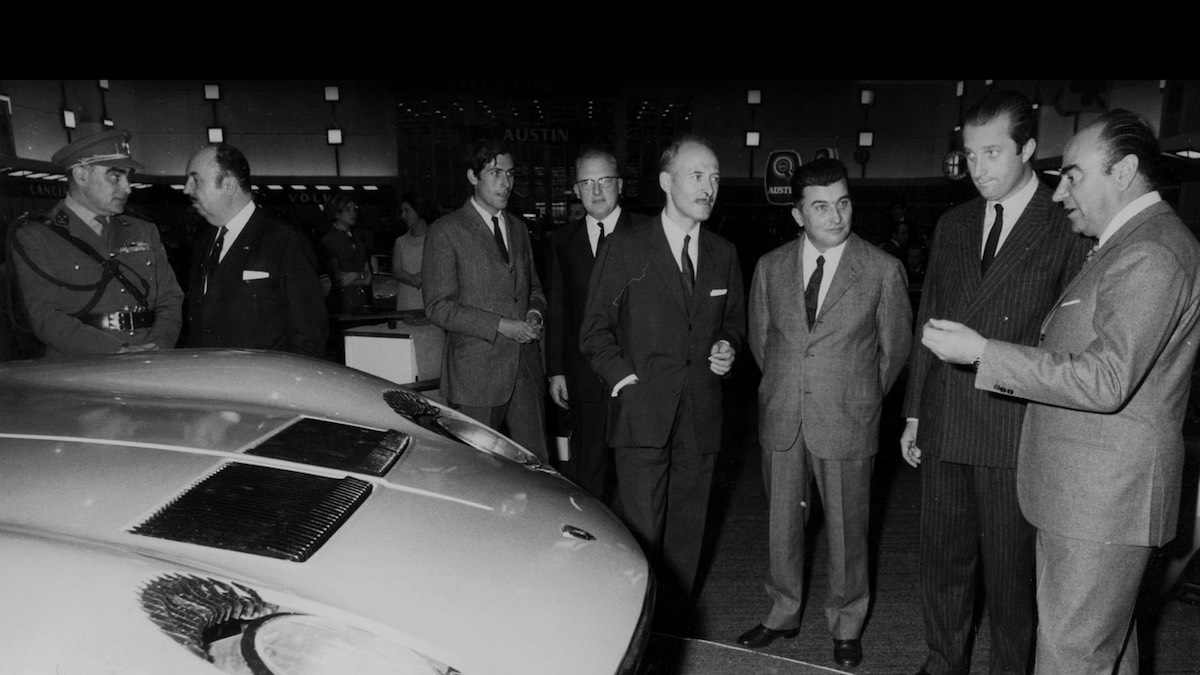 The 1960s were a decade infused with the spirit of rebellion, and Lamborghini's three top engineers decided to follow suit and develop a new sports car independently, without the company's permission. They sacrificed their spare time for this, including many a night's sleep! The trio's vision was to create a car that could keep up with race cars on the track, but that could also be driven by a regular driver who was willing to pay big bucks for a Miura. Given, you can't hide the development of a new car from management for long. When Lamborghini saw the project, he let them continue their work, but he wasn't expecting anything impressive to come of it – the patriarch thought that the Miura would serve more as an advertising tool than as one to make profits or triumph on the race track. 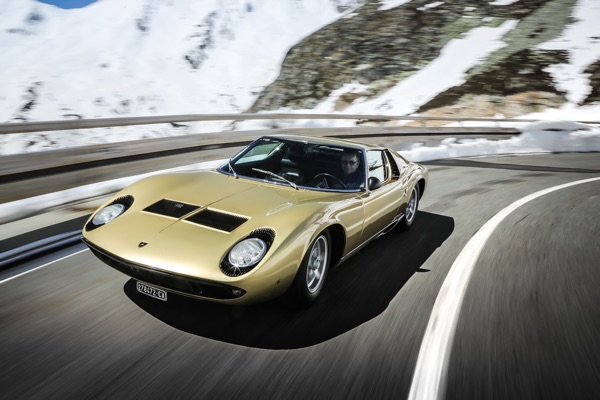 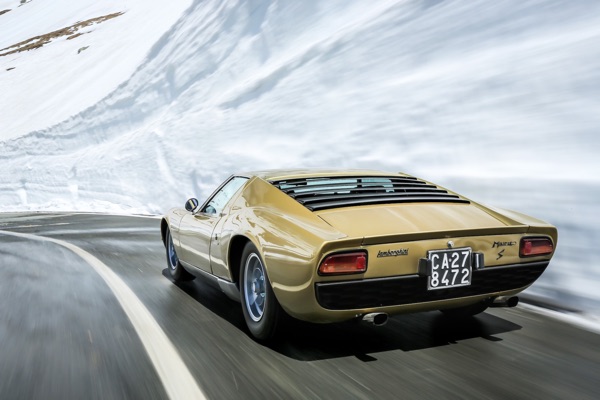 Since the car was created by a trio of engineers rather than designers, the body for the launch simply... did not exist. The Miura's rolling chassis was presented at the 1965 Turin Motor Show. Show-goers were left in awe of this technical (literally) beauty and rushed to place orders. And frankly, their awe was not without grounds. This was only the second car in the world with its engine mounted in the middle. It was a 4-litre, 12-cylinder V engine that turned out 350 horses to the rear wheels, a number which grew to 385 as the model evolved. Even these days, those are some amazing specs, and during the mid-1960s, this was undoubtedly a supercar. The engine was paired with a 5-speed manual transmission. So as the public reaction showed, the body isn't even necessary in order to attract attention. 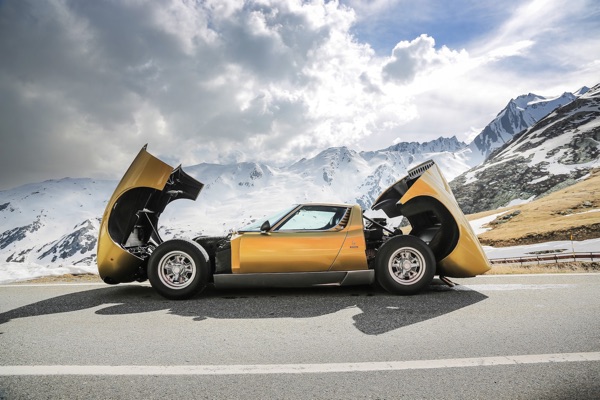 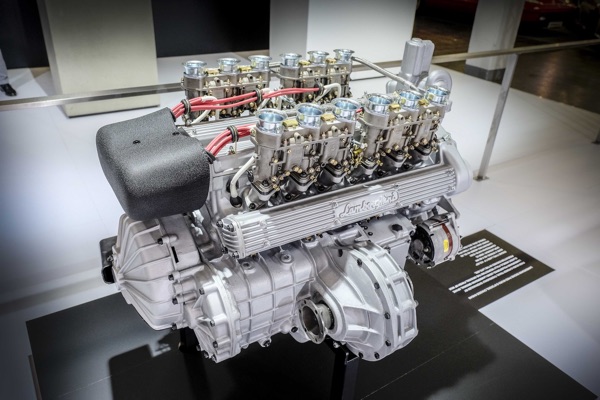 However, even though a body is not required to conjure awe, you still can't use a car without one. And it wasn't by chance that this one came out so well. The styling for the Miura was created by one of the most talented car designers around – Marcello Gandini, who was working for Bertone at the time. Art is not born overnight – there was a chance that the public would be left to admire the Miura's chassis for the second showing in a row. Gandini finished the body with just three weeks left until the 1966 Geneva Motor Show where the car was set to debut. And during the show, the Miura caused a real stir among show-goers. Even though the Miura now looks like a classic sports car, the design was so unusual for its time that it seemed less like a car and more like a vehicle brought to Earth by aliens. The Ferraris and Maseratis that were on show in Geneva that year were left in the shadow of the Miura's charm. 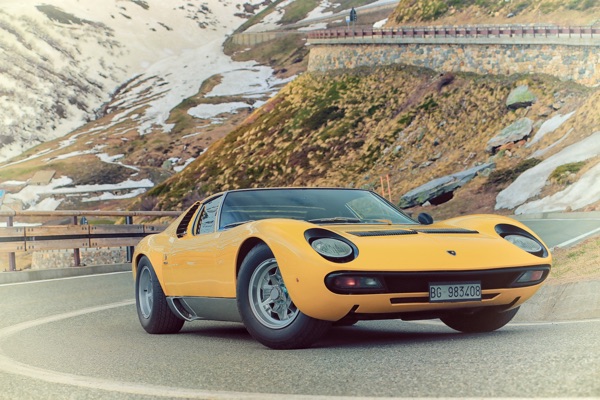 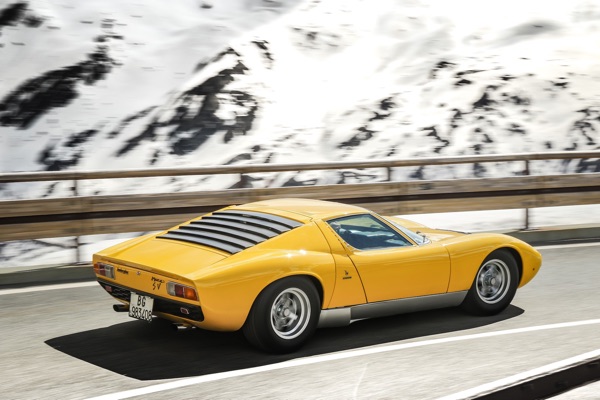 But perfect design does not necessarily mean perfect handling. Basically, if you ever have the good fortune to drive this beauty, don't take off like a madman. Another piece of advice – the Miura doesn't like to be shifted by force, so you should treat the gearbox gently. The same goes for the car itself. This Lambo can become unpredictable if your movements behind the wheel are too abrupt. And that's not surprising – back then, there were absolutely no electronics which corrected driver errors, and the mechanics were unforgiving. However, if you behave maturely behind the wheel, the Miura shouldn't give you any unpleasant surprises. It is relatively stable on the road, and it's probably not hard to imagine what kind of acceleration you can get out of 350 horsepower. It has an impressive maximum speed of 280 km/h, and can hit 100 km/h in 6.7 seconds. 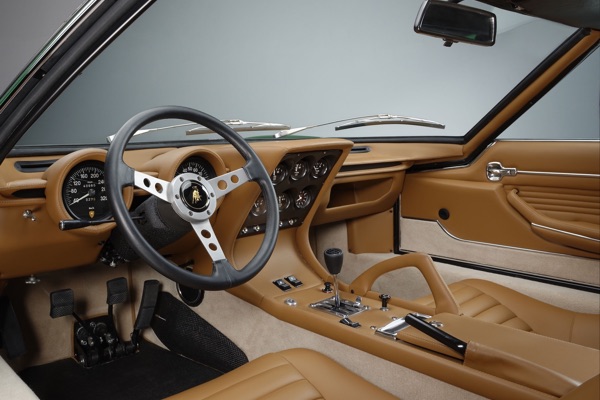 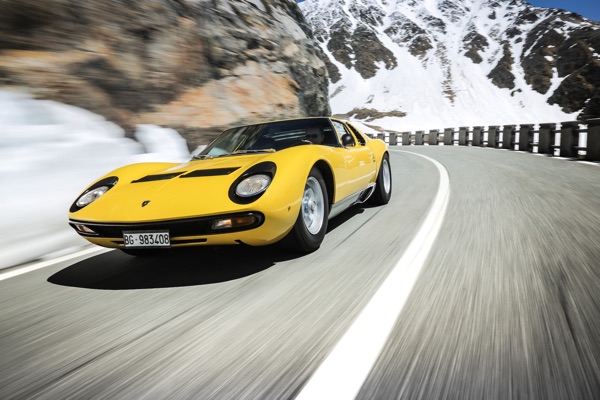 The Miura had three generations. Although the design remained exactly the same, they were a bit different inside. The first one, named the P400, was produced from 1966 to 1969, and only 125 units saw the light of day. The second generation, which was manufactured for two years starting in 1969, was essentially a better-equipped Miura and was called the P400S. This model had attributes that were considered a luxury at the time, like power windows and air conditioning. It also got an additional 20 horsepower for a total of 370. The third generation, called the P400SV, mostly changed mechanically. It had altered carburettors which gave the engine an additional 15 horsepower, bringing the total to 385; in addition, the gearbox had its lubrication system separate from the engine. Externally, the 400SV can be distinguished by its slightly altered tail lights, different front fenders and wider rear fenders. 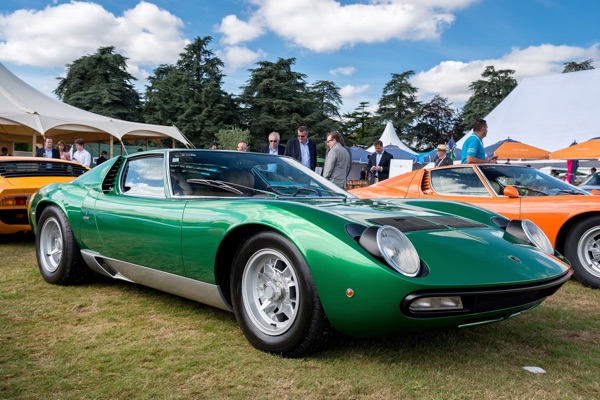 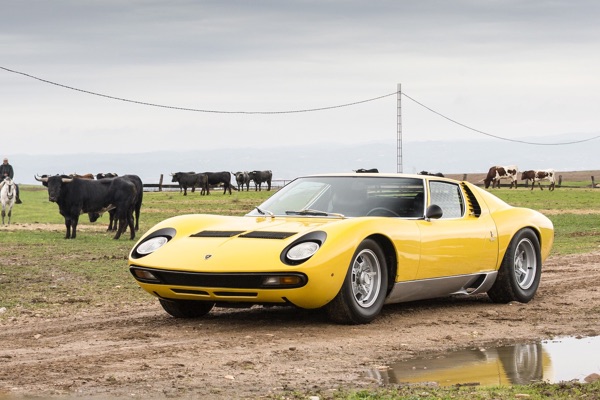 It's tough to calculate the Miura's market value objectively. Only 764 of them were produced, and probably not all of them have survived to this day. At auctions, their prices range from 500 grand to almost two million dollars, depending on their condition and how much restoration they need. And you would probably have a hard time finding one for sale if you decided you wanted to buy one. You would most likely have to spend a few years looking for some collector to decide that it was time to part with this masterpiece of Italian design. Well, and if you do get lucky, you're better off never selling it. It's like a da Vinci – a piece of art born in Italy that will never be repeated.