The GT was an Opel from Another Galaxy

At the moment, it's unlikely that the Opel brand could really make a true petrolhead's heart skip a beat. But that wasn’t always the case. The GT and the Manta were a real joy for car lovers because they were sporty enough and also kept in line with the Opel philosophy, i.e. they didn't cost much. The Opel GT was probably the first affordable German sports car, but today it has undeservedly been forgotten.

Back in the '60s, a few guys from the Opel design department decided to model a prototype for a modern little two-door coupé. The clay model impressed management so much that they gave the green light for production of a real prototype. There were no plans for mass production at that time; the prototype was simply intended to draw attention to Opel displays at auto shows. The guys went to work and brought an unusual new car to the 1965 Frankfurt Motor Show – the Opel Experimental GT. 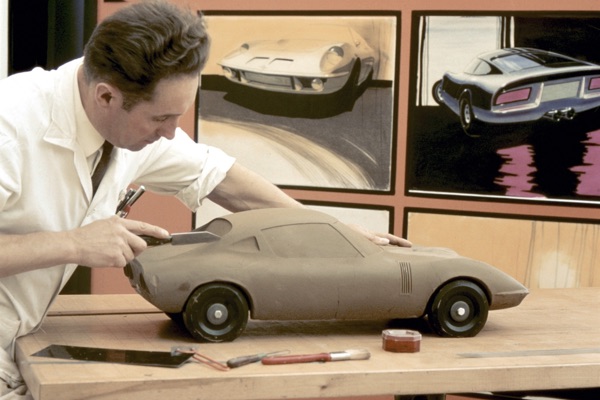 Following the stunning success of the Experimental GT at the Frankfurt Motor Show, Opel decided to put the car into production
© Opel archive 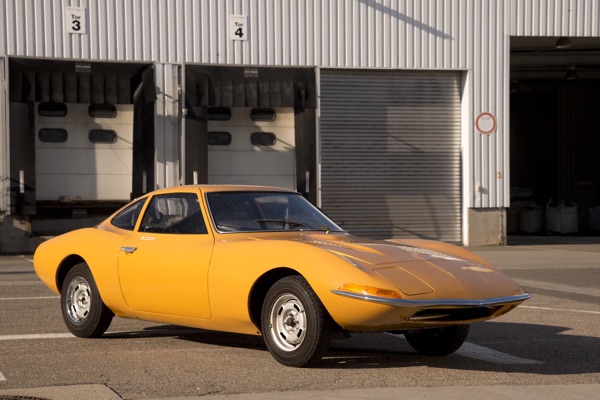 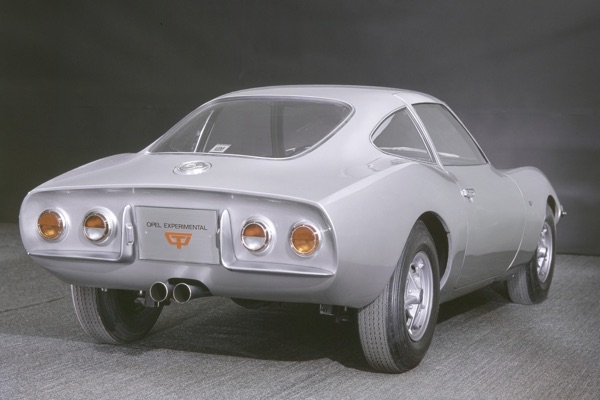 It was nothing like any other Opel at the time and became one of the biggest stars of the show. Opel couldn't answer questions fast enough about when it would begin production of the new car. Now it's commonplace for a well-received concept model to move to the assembly line without any problem, but back then it was probably the first time that an auto maker decided to put a prototype into mass production. 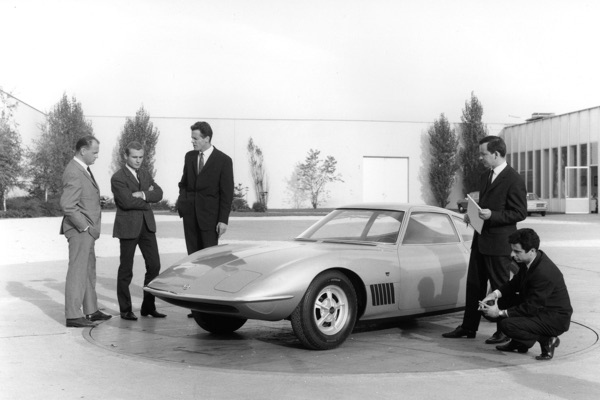 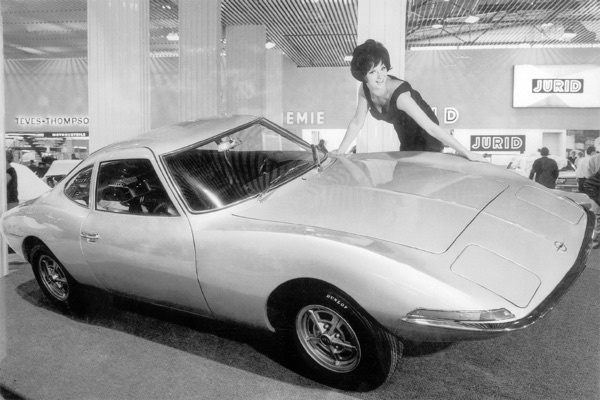 The Opel GT was supposed to be an affordable coupé, so the only way to do it was to use the Opel Kadett B platform and mechanical components. This wasn't a bad idea since, for example, the Kadett Rallye had already built a reputation for itself on the rally course. To produce the bodywork, they hired the French company Brissonneau and Lotz, which performed a titanic job in adapting the amazing lines of the Experimental GT for mass production. 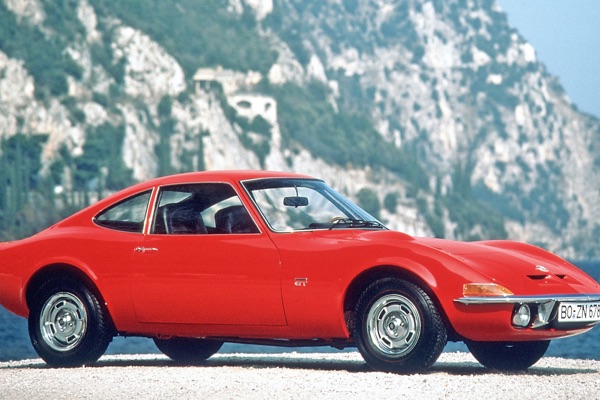 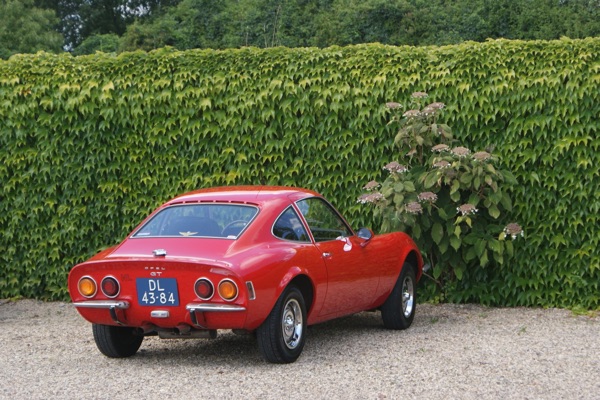 Sure, the production version was a bit different from the concept (the rectangular headlights became round), but the GT's idea was preserved really well. When it went on sale in 1968, the Opel GT was immediately christened "the baby Corvette" (even the dashboards look similar), but this was usually said with respect, and not in mockery. Especially since these were cars of completely different categories that were not in competition with each other. Incidentally, as small as it was, the GT had a fairly spacious interior. And that was much more important than the almost non-existent boot that was only accessible from the inside, since there was simply no lid on the outside. 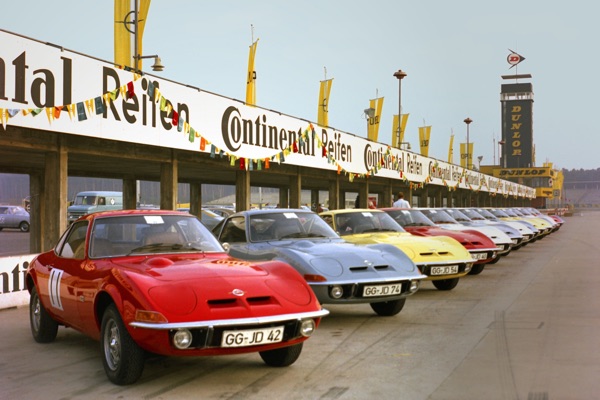 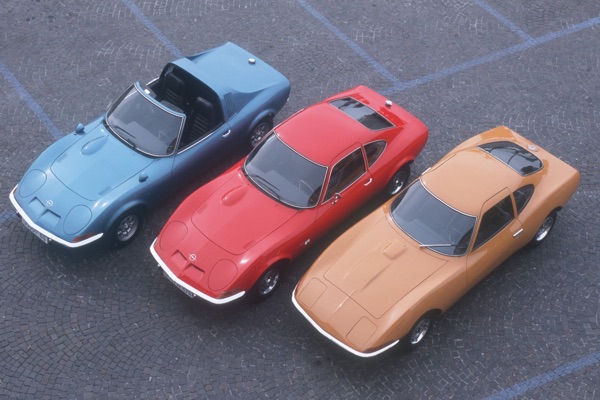 The Opel GT was offered with a base 1.0-litre, 67-hp engine, but the vast majority of them left the factory with a 1.9-litre, 102-hp motor from the Kadett Rallye. All GTs had James Bond-worthy pop-up headlights that literally turned 180 degrees when the driver pulled a special lever (check it out on YouTube – it's truly hypnotising). These headlights alone could have made you a real superhero in the eyes of the neighbourhood kids. 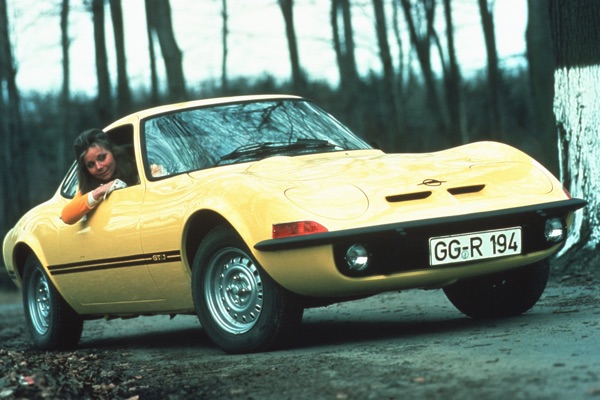 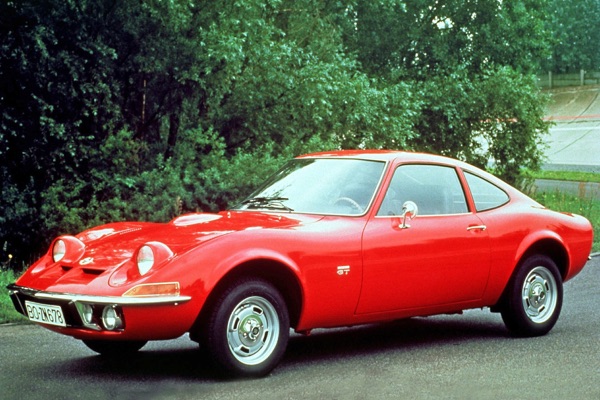 But it wasn't the headlights that were the best part of the new Opel – it was the price. A GT with a 1.9-litre engine went for USD 3,500 in the United States and was the cheapest German sports car out there. So the late '60s were a real golden age for the Opel name in the US – unlike now, when it is definitely not very well-known. The GT that was sold at Buick dealerships was a great product, and Americans bought 70,000 of these cute coupés from 1969 to 1972. 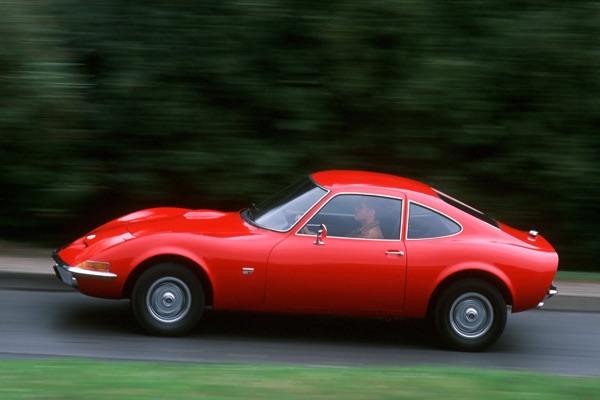 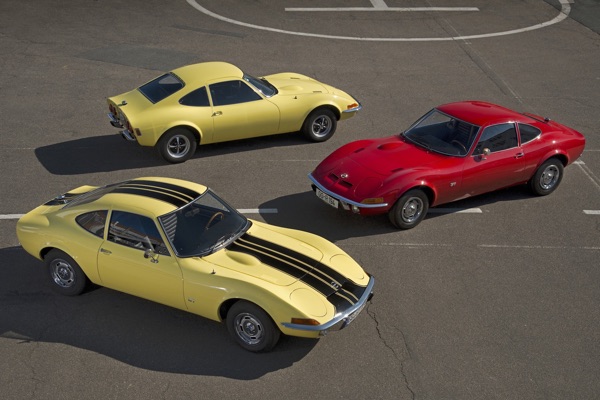 Given, this success was short-lived, because the Datsun 240Z dealt a death blow to the Opel GT and other similar models, such as the Triumph GT6, the MGB and the Fiat 124 Coupé. The Datsun was simply a more proper sports car for the same money. So the history of the Opel GT ended in 1973, just five years after it went into production and slightly over 100,000 were produced. Anti-corrosion protection was not the Opel GT's strong card, but a fair number of these extraordinary beauties have nevertheless survived to this day. In the States, you can even find a good one for under USD 10,000.