The Fiat 124 Spider That Conquered the USA 50 Years Ago

Oh, what times the 1960s were in the United States. The roads were still relatively uncrowded, and there wasn't even a hint of the oil crisis or the 55 mph national speed limit. In those days, Europe was still feeling the effects of the war, and most people could only dream about their first car; meanwhile, many people in the States could already enjoy attributes of the good life – affordable sports convertibles.

Ford was preparing the Mustang – its future best seller – and European immigrants like the MGB, the Triumph Spitfire and the Alfa Romeo Spider were coming over that were even nicer and more fun. All of them offered what was hard to find in local production: brilliant handling, elegant body lines and a small size (which for sporty roadsters like these was more of an advantage than a disadvantage). The American appetite for European roadsters seemed inexhaustible, so Fiat –which was selling the most cars in Europe at the time – saw it as an opportunity to make some easy money.

The vast majority of car enthusiasts definitely know the Fiat 124 family. If we were to count the Lada 1200/1300, which was a licensed copy, then this car would be one of the most popular models in the entire history of the industry. However, probably not everyone knows that in addition to the sedan and the station wagon, there were also much better versions: the 124 Sport Coupé and the 124 Sport Spider (which means "cabrio" in Italian). And although they were made on the same platform, the Coupé and the Spider are quite different in appearance, and both of them are worthy of a separate write-up. So for today, let's discuss the Spider. 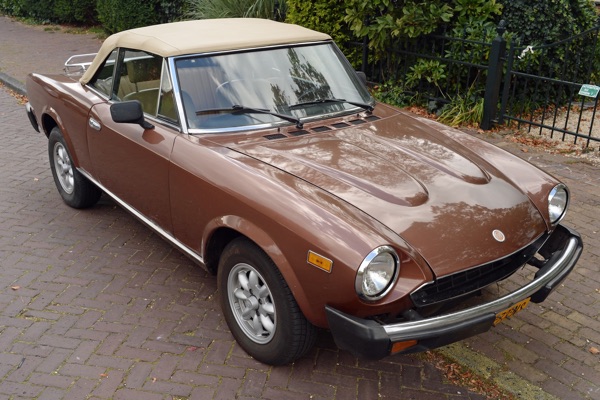 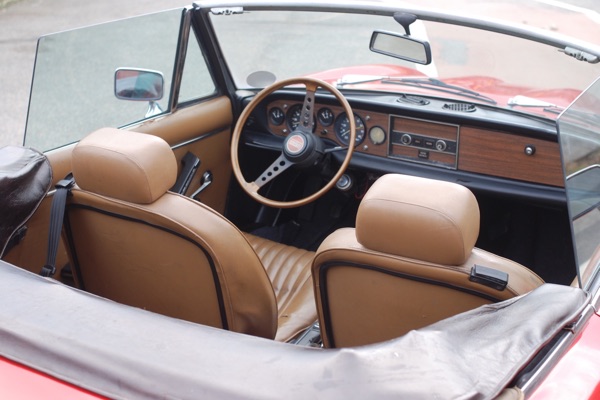 Incidentally, what is one of the best looking Fiat convertibles in the brand's history could have looked quite different. At the 1966 Turin Motor Show, Carrozzeria Touring presented a convertible version of the Fiat 124 which differed only slightly from the sedan – it simply had two doors and no roof. However, Fiat was already working on its own version because they had decided that the Spider would look completely different than the 124 sedan. Fiat knew that in order to demonstrate sportiness according to the best Italian traditions, the 124 Spider would have to be reminiscent if not of a Ferrari, then at least of an Alfa Romeo. Thus, both design and production were entrusted to Pininfarina, where the talented Tom Tjaarda gave it his very best. 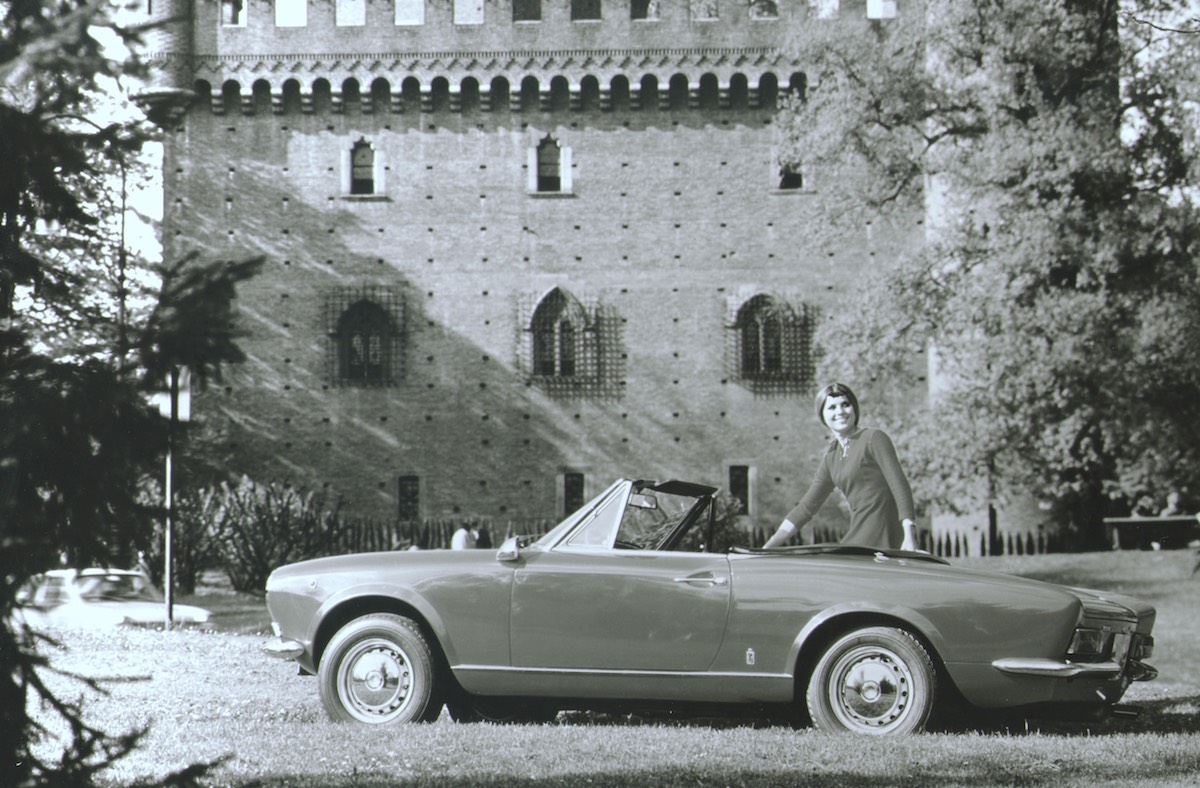 The Fiat Sport Spider came out at the same time as the Alfa Romeo Duetto/Spider (when Alfa didn't yet belong to Fiat) – in 1966. And both of them played the role of "the poor man's Ferrari" perfectly. For USD 3,000, the lightweight Pininfarina body with a 1.5-litre, 90-hp, rev-happy, twin-cam engine, four-wheel disc brakes, and a five-speed manual transmission was a real bargain in America, so sales were solid. In 1973, the engine capacity was increased to 1.6 (110 hp), and even more powerful motors would emerge later: 1.8 and 2.0 (which was called the Fiat Spider 2000). As is due for a Fiat, there was also a sporty Abarth version with 130 hp. 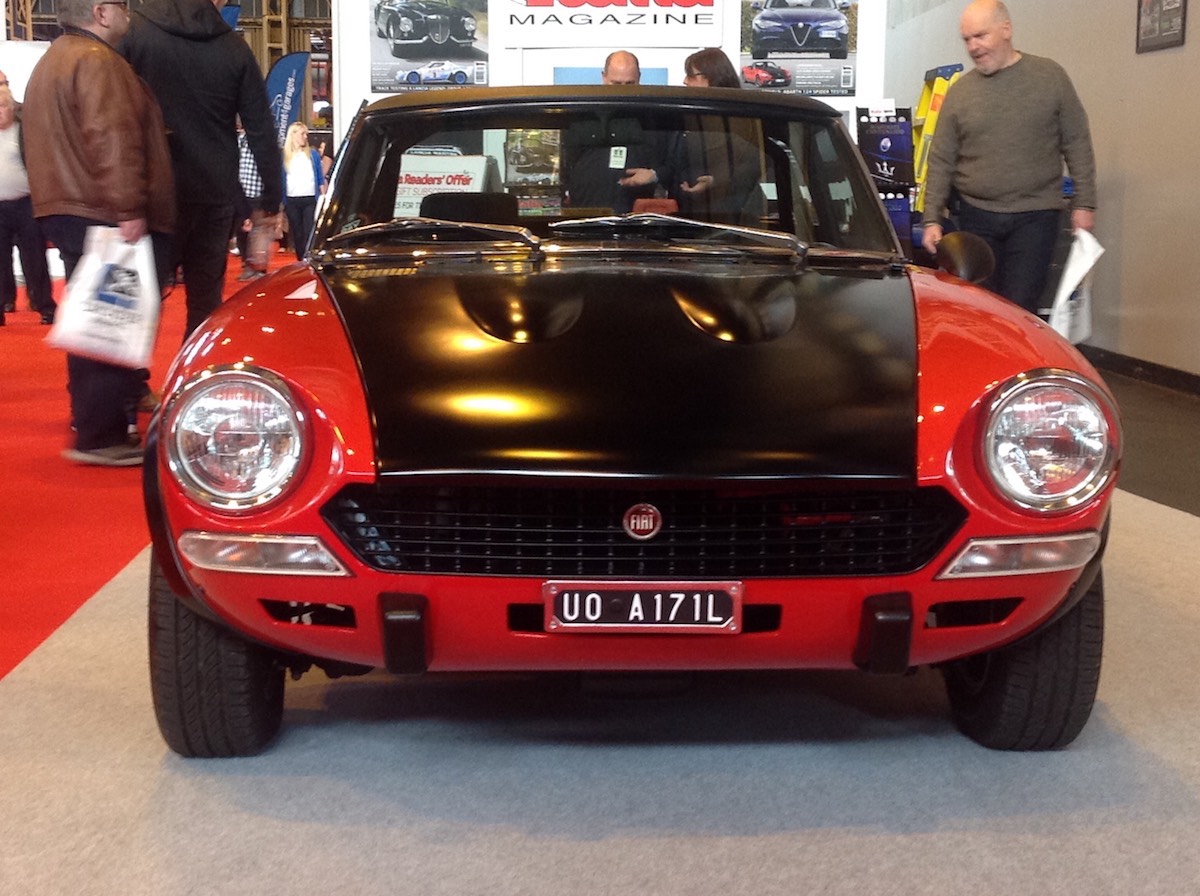 Thanks to the increasingly popular Spider and other models, the beginning of the 1970s looked promising for the Italian concern, and in 1975 Fiat's combined sales in the United States already exceeded 100,000 vehicles. However, that was the extent of their success, since the number of warranty claims began to stick out like a sore thumb so much that people began to say that the name stands for "Fix It Again, Tony". Poor corrosion protection and other technical problems led to sales falling dramatically – in 1982 Fiat only sold 14,000 cars in the US market. 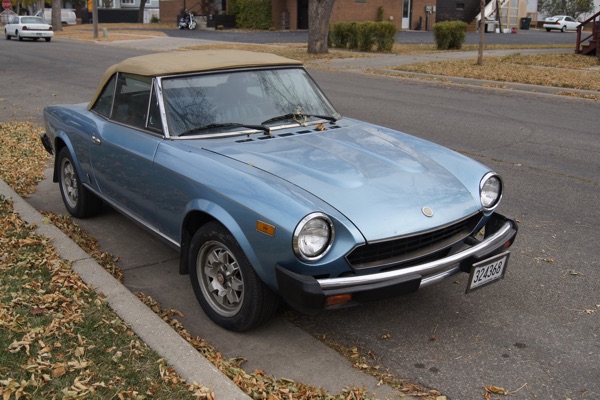 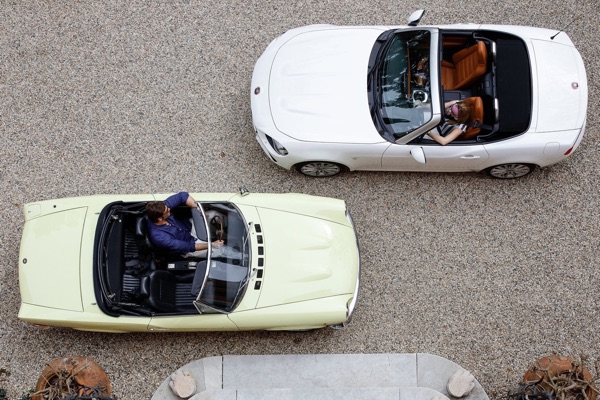 Hence, Fiat withdrew completely from the US in 1983, and Pininfarina – which, after all, was the car's manufacturer – took something of a risk and tried to play the Spider card. They made some changes and tried to go upmarket by selling it for more than the same Fiat Spider, which was now badged as the Pininfarina Azzurra. The Azzurra cost about the same as a Corvette, so it is not surprising that from 1982 to 1985 they only managed to sell about 3,000 units; these versions are now the rarest and, of course, the most valuable. 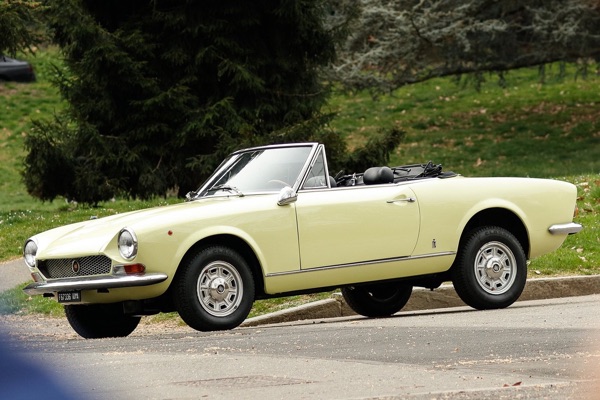 Pininfarina badge is visible on the side
© Fiat archive 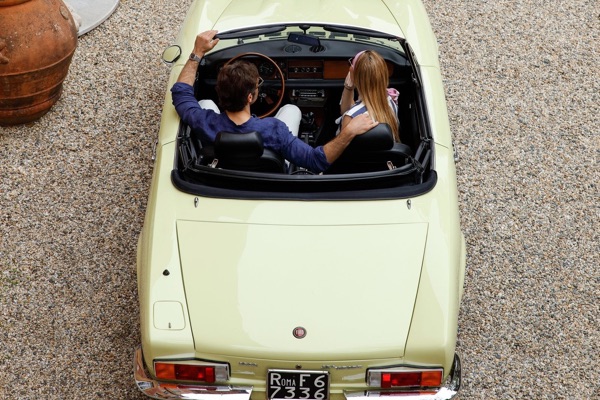 Due to all of those "Fix It Again, Tony" stories, the Fiat 124 Sport Spider is now perhaps the most affordable roadster among its peers. Prices start at USD 5,000, and all of the technical problems that tormented the original owners have become less relevant, since absolutely all cars eventually end up rusting and breaking down. Moreover, there are plenty to choose from, since over the nearly twenty year run, almost 200,000 cars were produced, of which three quarters ended up in the US. Is very likely that the value of the Fiat Spider will only increase, since collectors seem only now to be discovering it. Especially when interest is being fuelled by the fact that after 50 years, Fiat has introduced a completely new 124 Spider.