Nowadays, Hudson’s name doesn’t symbolize much more than a defunct manufacturer of the yesteryear. Truth to be told, many of younger petrolheads (myself included) would not even be familiar with the brand at all if it wasn’t for the animated blockbuster Cars, featuring a Hudson Hornet. I was eager to know more. After quickly skimming though the company’s history, I was convinced it was unrightfully forgotten. That history is littered with lessons that still hold true today. Here are five reasons Hudson marque should not be forgotten.

We, enthusiasts, are mostly after rare, luxurious or sporty cars. But these sort of models rarely ensure a good bottom line for a manufacturer. Real money is made by selling affordable cars to reasonable people. Admittedly, there is also a certain art of producing a dependable vehicle with an attractive price tag, just look at the ingenious Citroen 2CV.

Hudson Motor Co. was founded in 1909 with an aim to develop a sub-$1,000 car (roughly $26,000 in today’s money). The key investor of the project was Joseph L. Hudson, a department store tycoon. It all went according to plan and by 1910 the first economy Hudson Model 20s rolled off the production line. In first year alone, more than 4,000 of these affordable machines were sold, making Hudson a 17th biggest manufacturer. Mind you, car business was all the rage and everybody was scrambling to give it a try, thus more than a 100 manufacturers were functioning at the time. 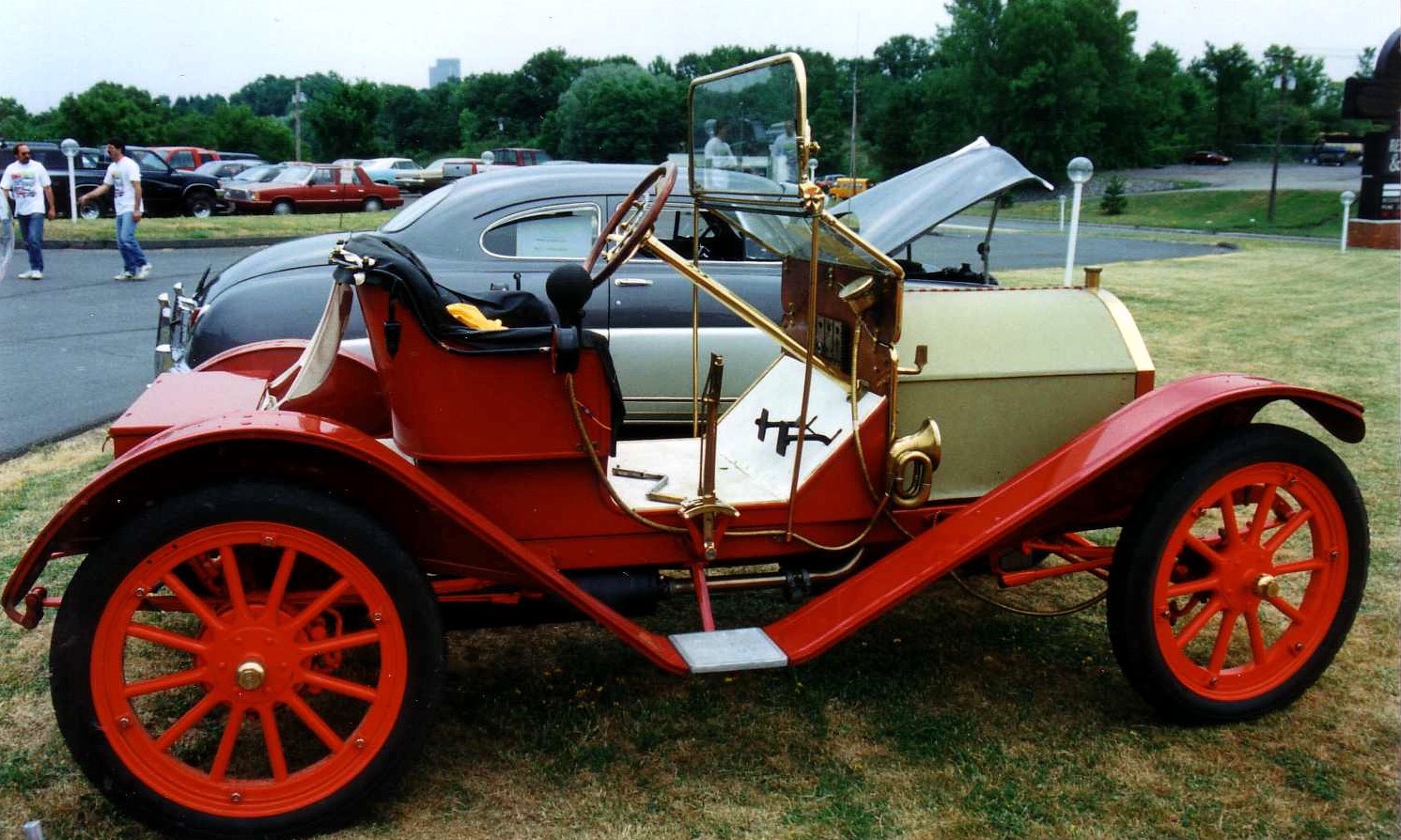 Hudson Model 20 roadster cost less than $1,000 and was an instant hit
© Wikimedia

Starting off a marque by building an economy car was quite a novelty back then, but more than a century later people still need affordable and reasonable automobiles. Hence VW combining parts off their shelves into reasonably priced Škodas or Renault-Nissan using tried and tested machinery for “great value” Dacia brand. Both of these marques have become bestsellers, maintaining the financial health of their mother corporations.

2. Smoothing out the inline-6.

The inline-6 is regarded as one of the smoothest combinations for an internal combustion engine. This configuration has been BMW’s and Nissan’s favorite for decades and resulted in some of the best engines both in motorsport and everyday applications. What happens if you slap two inline-6s together? You end up with a V12, a holy grail of the engines with its torquey yet smooth power delivery. This configuration works wonders both in luxury cars and performance machines, just look at numerous Rolls-Royces, Aston Martins, Lamborghinis or Ferraris.

It is not certain if we had both inline-6s and V12s we know and love today if it wasn’t for Hudson. In 1916, the manufacturer introduced the first 6-cylinder engine with a balanced crankshaft. Still a far cry from a modern inline-6 but a massive development nonetheless. The engine could run smoother and rev higher than those of competitors’. As a result, it developed higher peak power than regular inline-6s at the time. As a matter of fact, most Hudsons from then on featured a straight-6 until the company’s demise in 1957. 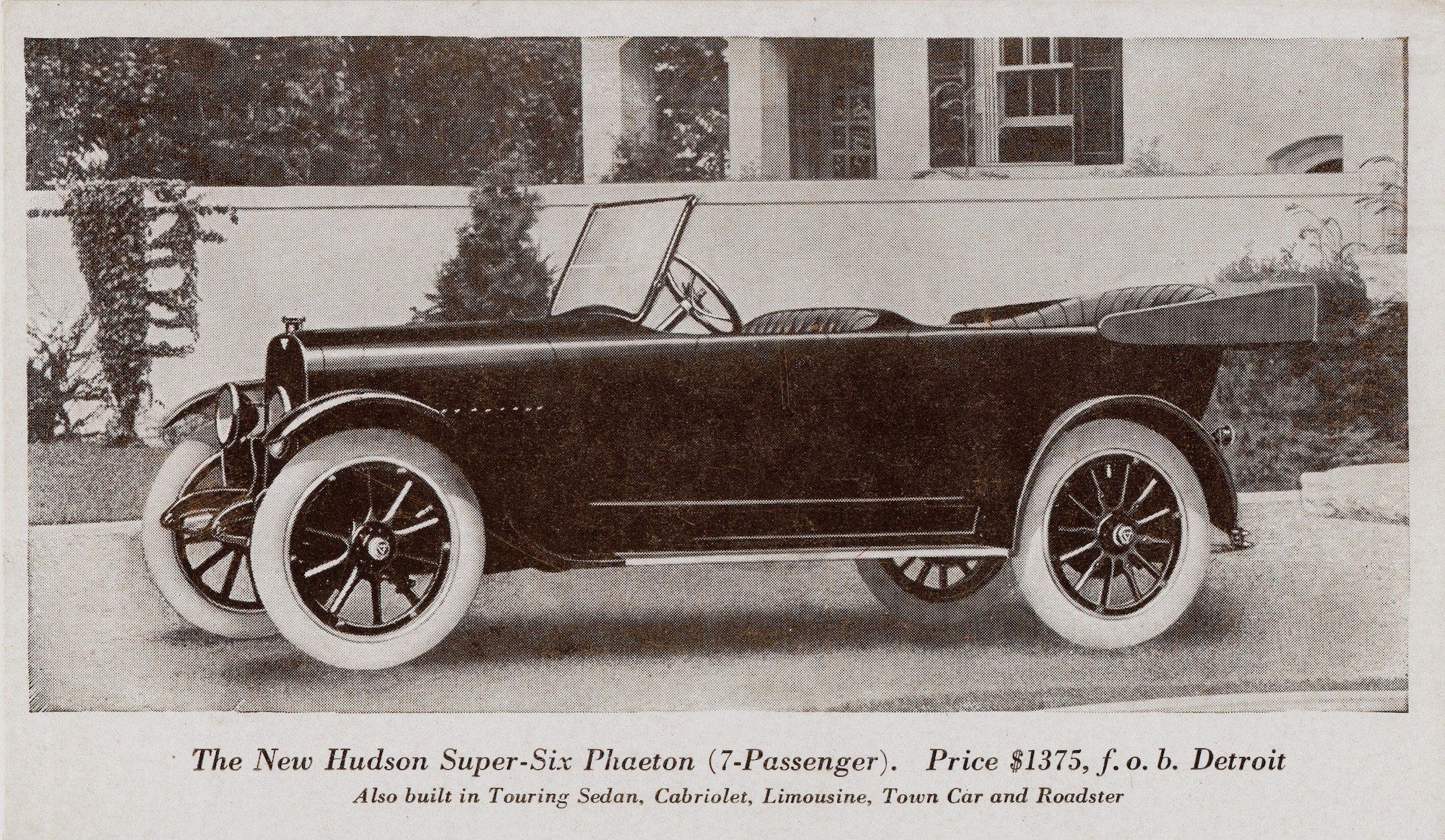 Whether you like it or not, the manual transmissions are on their way out. We, enthusiasts, can be beating our chests, saying no gearbox provides as much control and driving joy as a manual one, but, to be frank, many people do not like shifting the gears themselves. What is more, current double clutch gearboxes can shift smoother and quicker than any human could while simultaneously improving fuel economy. These days, the only objective advantage of the manual transmission is its low cost of production and maintenance. Perhaps, we could not have gotten as far as we are today without experiments like Hudson Electric Hand.

This pseudo-automatic transmission could first be found in 1930s Hudsons, Cords and Tuckers. The system omitted the floor-mounted gear lever, replacing it with a gear selector besides the steering wheel. This gave more room for front passengers’ feet, allowing to comfortably fit three people upfront. Granted, the system was not exactly advanced by today’s standards. It merely used a complex hydraulic system to move the gear shifter around, following the commands from the steering column lever. In case of this contraption malfunctioning, there still was a traditional floor shifter hidden under the dash which could be put into the regular position. 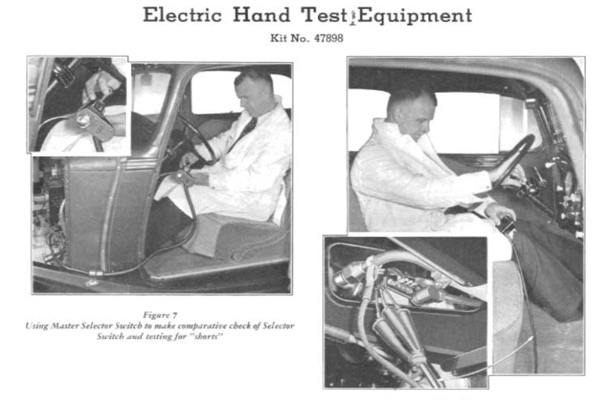 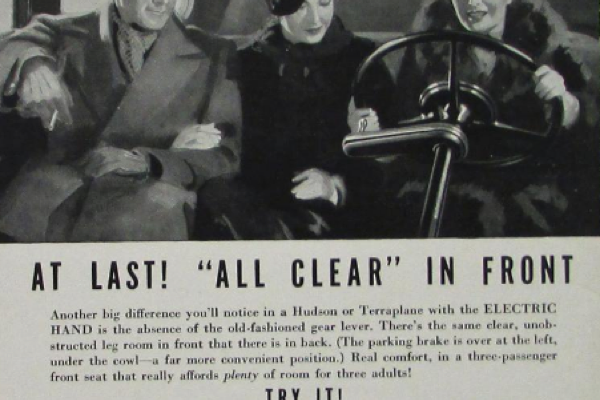 Automotive design industry suffers and has always suffered from terrible gender inequality. It is a common misconception that cars, especially sports cars, are best designed by men. Unsurprisingly, the majority of top positions in the car design industry is occupied by men. That is somewhat infuriating as there is clearly no link between one’s gender and design talent. Case in point could be the new Honda NSX, designed by Michelle Christensen. Honda’s flagship sports car is a prime example of contemporary sports car design, where the form follows function and disperses all of the antique myths about car design and gender.

Well, Hudson acknowledged women’s ability to design in 1938, when they hired Betty Thatcher Oros (née Elizabeth Anna Thatcher), the first automotive designer in the world. Remember, in USA this was the time when women were still discouraged from pursuing higher education and were supposed to leave the intellectual jobs to men. And while the Great Depression forced lots of women into the workforce, they mostly occupied caretaking or cooking jobs, not designing cars. 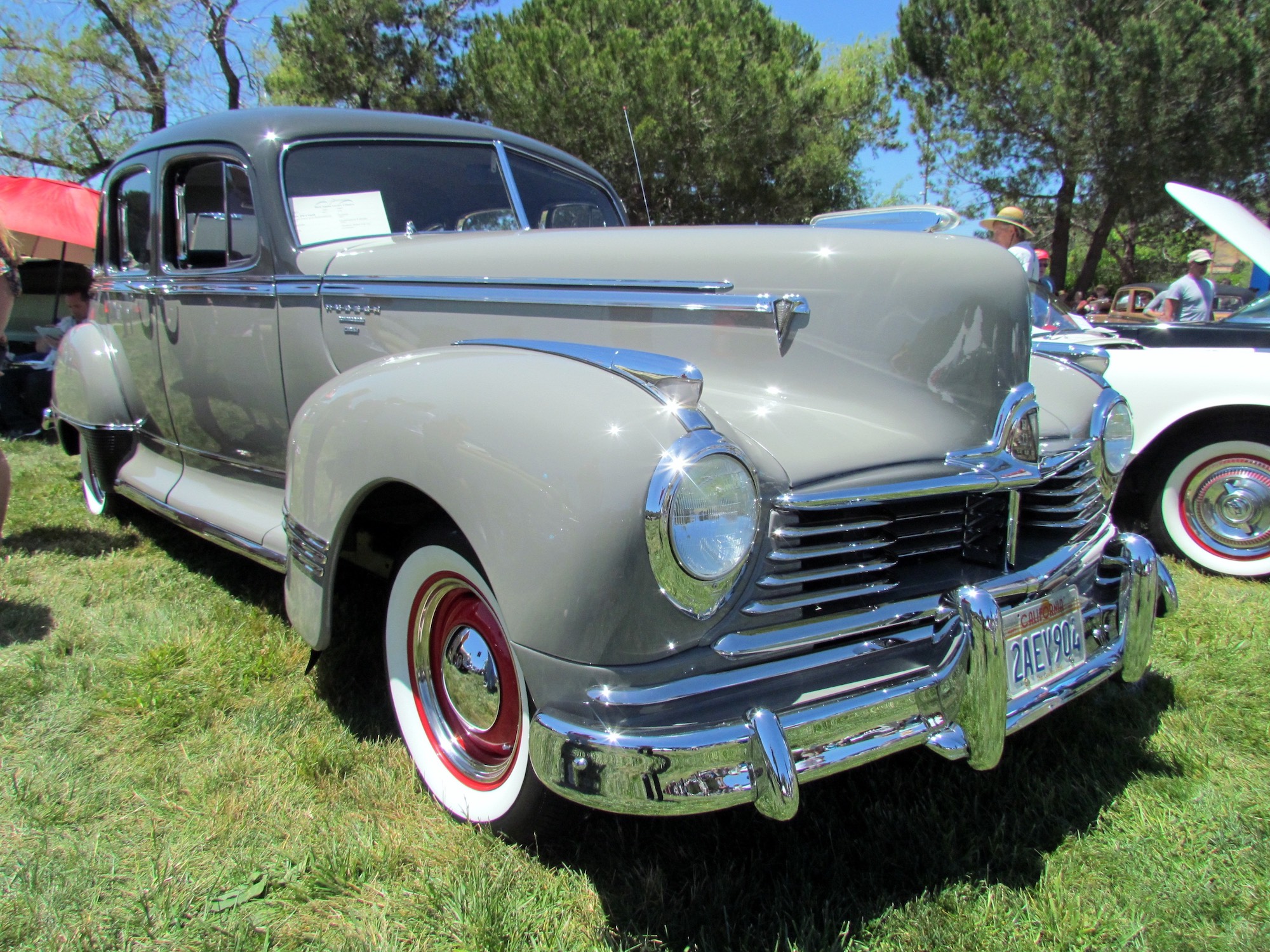 5. Showcasing the benefits of low center of mass.

In 1948, Hudson revolutionized the post-war automotive market by introducing their “step-down” design. What it meant, the manufacturer had ditched the usual body-on-frame design in favor of a contemporary monocoque approach, moving the passengers and all mechanical components closer to the ground. This improved everything – the car handled better with lower center of gravity while its occupants did not feel the shakes and bumps as much due to their lower seating position. This novel approach soon proved immensely successful in motorsport as well – a “Step-Down” 6 cylinder Hudson Hornet absolutely dominated NASCAR in early 50s. Hornet driven by Herb Thomas became the only car to win NASCAR twice – in 1951 and 1953. This Hornet #92 would later become the aforementioned animated race ace in Pixar’s Cars. 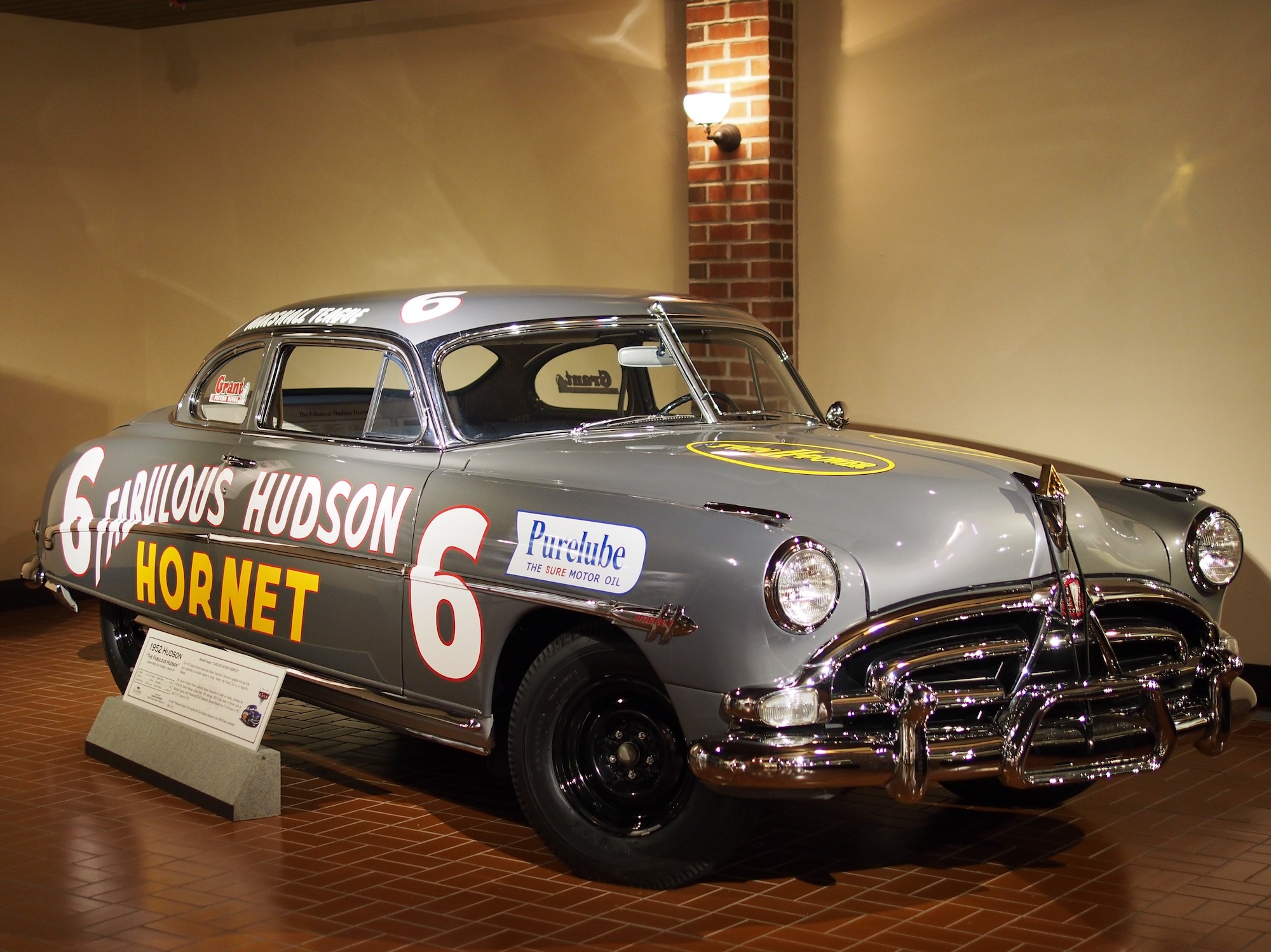 The laws of physics have not changed since 1950s and manufacturers are still trying their best to lower the center of gravity. Pretty much every contemporary electric car carries its batteries laid out underneath the passenger compartment for this reason. Of course with the advent of SUVs, automotive engineers had to work significantly harder – clever electronically controlled suspensions must be installed to compensate for these inherently unstable behemoths.

Eventually, Hudson, just like many other small American manufacturers, could not take the pressure from Detroit’s Big Three. In 1954 they merged with Nash-Kelvinator to form AMC. This newly formed company ditched Hudson’s name in 1957, which never came back to the automotive world again. And while this name will probably never grace a car again, the enthusiasts should not forget this once great marque.