Sure, the headline seems like a bit of fake news, because the magnificent Traction Avant was not really forgotten. There are plenty of enthusiasts who keep them on the road and Citroën acknowledge it to be an important part of brand’s heritage. And yet, Traction Avant’s successor, the DS, often steals the limelight, downplaying the importance of innovations that went into producing the original front wheel drive Citroën. Some call it the most important car of the 30s, and we feel this title is well deserved.

1930s was not the best time to test out new ideas in automotive world. With global recession in full swing, the public was mostly after simple and affordable cars and introducing something as outlandish as the Traction Avant could have easily meant the end for the company. And yet, André Citroën was so determined to build a future-proof automobile, he commissioned André Lefebvre’s to design it. R&D and restructuring of the factory costs piled up, and André Citroën, one of the richest people in France at the time, had to declare bankruptcy. His company was then absorbed by Michelin, who proceeded with Traction Avant’s production. André Citroën lost a fight to cancer in 1935, but his brainchild changed the auto industry forever. 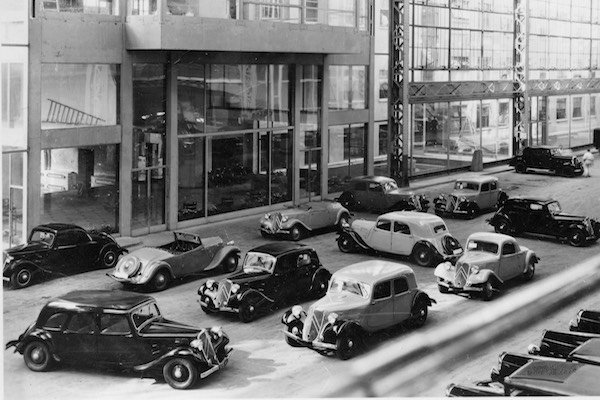 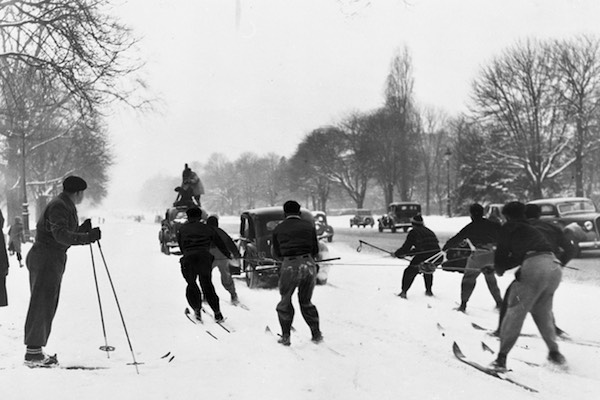 You may wonder what exactly is so revolutionary about the Traction Avant, as it looks rather unremarkable on the outside. Somewhat unassuming exterior was the first design of Flaminio Bertoni, an Italian sculptor that would later work at Citroën for 32 years and design 2CV, H-Van and DS. Underneath, Traction Avant pioneered some features that are widely implemented in contemporary cars – such as front wheel drive, monocoque chassis and independent suspension. 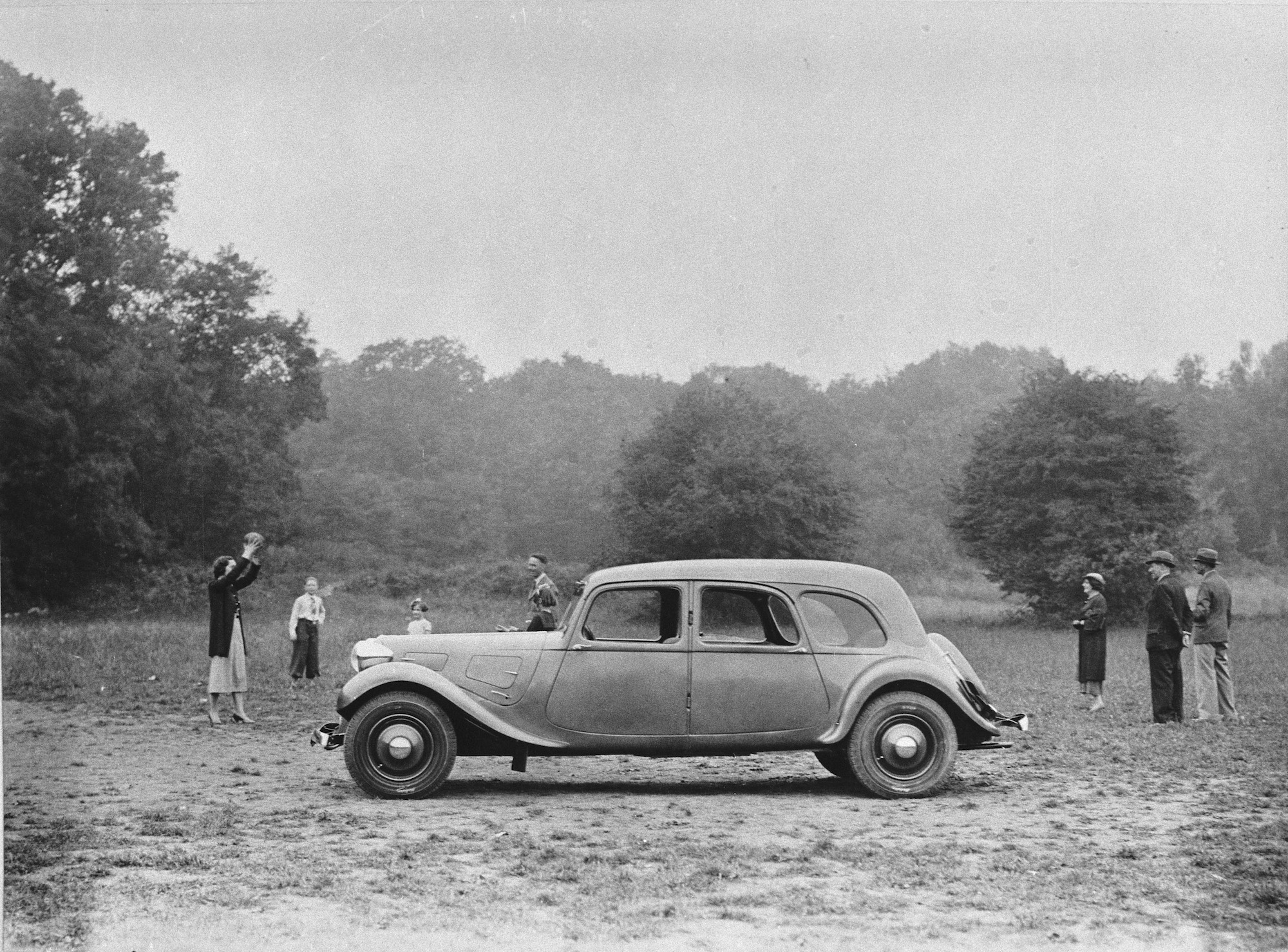 Due to the monocoque structure, there was more room for passengers. It’s quite likely all of these people came with this car
©Citroën archive

Many-a-petrolhead scoffs at front-wheel drive cars as they do not grant as much control and driving satisfaction as their rear-driven counterparts, but the layout comes with many benefits. André Lefebvre insisted on channeling engine power through the front tires because the engine sitting on top of them ensures superior traction. This is exactly where the car’s name is coming from (Traction Avant means front-wheel drive in French). The reasoning seems kind of obvious, so how come nobody came up with a front-wheel drive car in almost 50 years of automobile preceding the Traction Avant? Well, there is heaps of complexity involved to make the same pair of wheels to both steer and propel the car. The key to success here was the Rzeppa constant velocity joint, named so after its creator. These joints had to be engineered with precision to combine compact size, flexibility and strength when transferring the power. 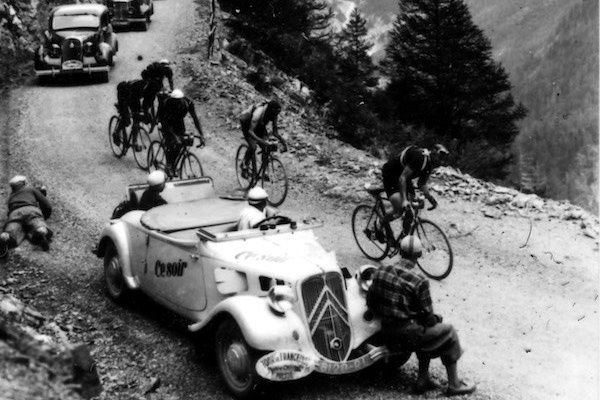 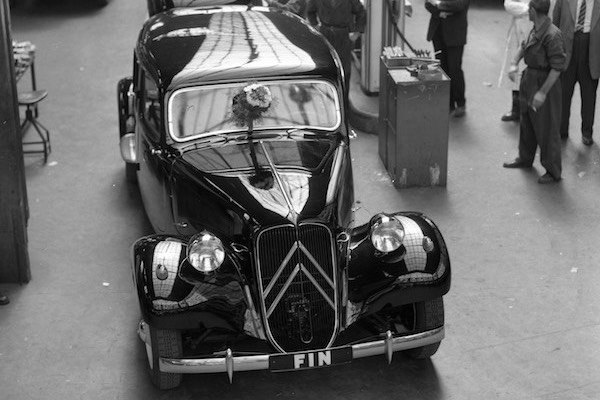 The last Traction Avant ever produced in 1957, notice the DS that replaced it in the background
©Citroën archive

Clearly, the usual live-axle suspension was a no-go with a FWD car, thus Lefebvre had to come up with a different approach. What he ended up with was an independent torsion bar suspension. This whole novel arrangement was then bolted to a monocoque chassis which used the whole body as a structural component. After investing so heavily into the technical complexities, Citroën could then reap the benefits. For one, the monocoque design was easier to produce on the American-style production line. It also meant the Traction Avant would be roughly 25% lighter than its contemporaries. What’s more, by doing away with things such as rear axle, driveshaft or frame, Traction Avant lent more space for the passengers (or calves as you see in the image below). It also resulted in lower center of gravity, allowing for both better handling and comfort. 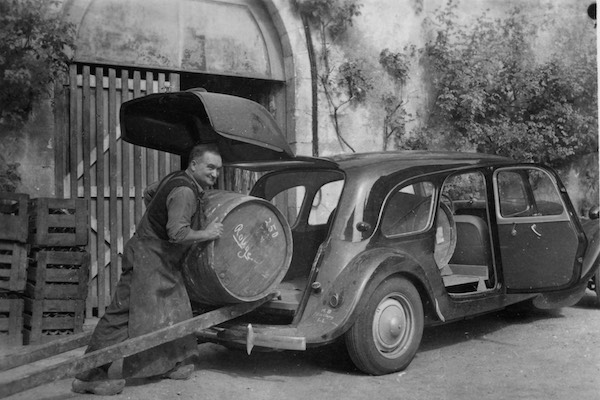 11C utilized the spacious cabin for your cargo. Oftentimes, it was a barrel of wine.
©Citroën archive 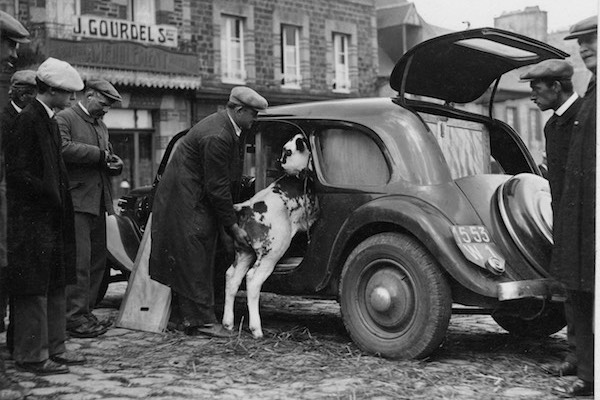 Or a calf.
©Citroën archive

Somewhat amazingly, this futuristic design took only 12 months to develop, yet the car stayed in production for 23 year after its debut in 1934. During that time, countless variations of Traction Avant rolled off the assembly line, suiting the needs of virtually every social strata. There was 11C for commercial use which utilized the vast cargo space of Traction Avant. On the opposite side of the scale were the coach built Traction Avants used to drive the presidents René Coty and Charles de Gaulle around. During the wartime, these cars were favored by the French resistance forces due to their agility and abundance. Consequently, pre-WWII cars are now rather few and far apart. 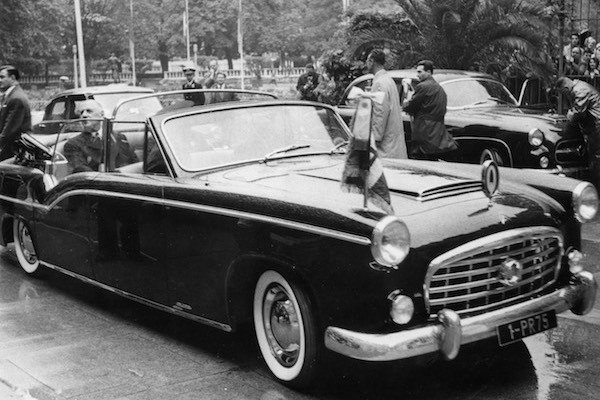 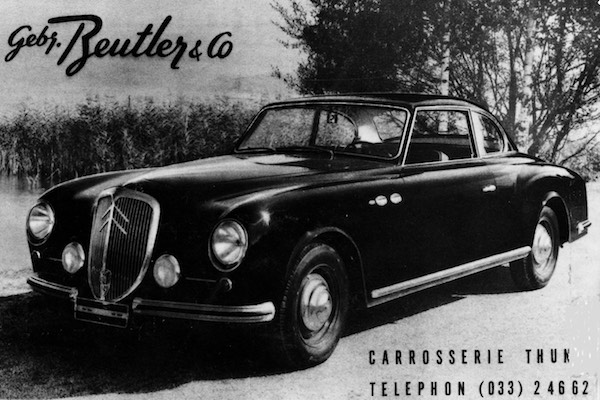 759,111 Traction Avants were built and they came in a plethora of variations, too many to mention in a single article. There were two body sizes, a smaller Légère (lightweight) and Normale. The Légère only came with 4 cylinder engines, 7CV or 11CV. 11CV engine could also be fitted to the Normale, while the range topping 15CV 2.9-liter 6-cylinder version came only in an enlarged version of Normale body. In 1934, there was also a V8-equiped 22CV concept, capable of reaching 140 km/h, but it never came to fruition and all of the prototypes were lost. To make matters even fussier, there were coupe, cabriolet, 2 and 4 door saloon versions of both sizes of Traction Avant. Catalyzed by the popularity of Traction Avant, multiple coachbuilders were offering their own re-bodied versions. Rarer versions of tend to hold their value better – a regular post-war 11CV can cost as little as EUR 10,000-15,000, while a rare pre-WWII convertible may be worth 10 times the amount. Just like in the older days, there is a Traction Avant for everyone.