DKW Schnellaster is the Original Minivan

Renault and Chrysler boast they’re the ones who came up with the sensible minivan format, when they introduced their respective Espace and Caravan in 1984. Sure, their products were Godsent for numerous families worldwide, but both Chrysler and Renault have conveniently forgotten about the original minivan from 1940s West Germany when patting themselves on the back. DKW came up with a van that had a transversely mounted engine upfront and seating space for 8 adults all the way back in 1949. This novelty was called Schnellaster (German for Rapid Transporter).

Many of you might not even know about this DKW brand, which was later absorbed by Audi and Volkswagen, so here’s a recap. For a while, DKW only produced motorbikes, and even when it later switched to cars, the Schnellaster was the biggest one it offered. Somewhat unsurprisingly, the little van still had motorcycle DNA in its heart, as it was powered by a two-stroke engine. 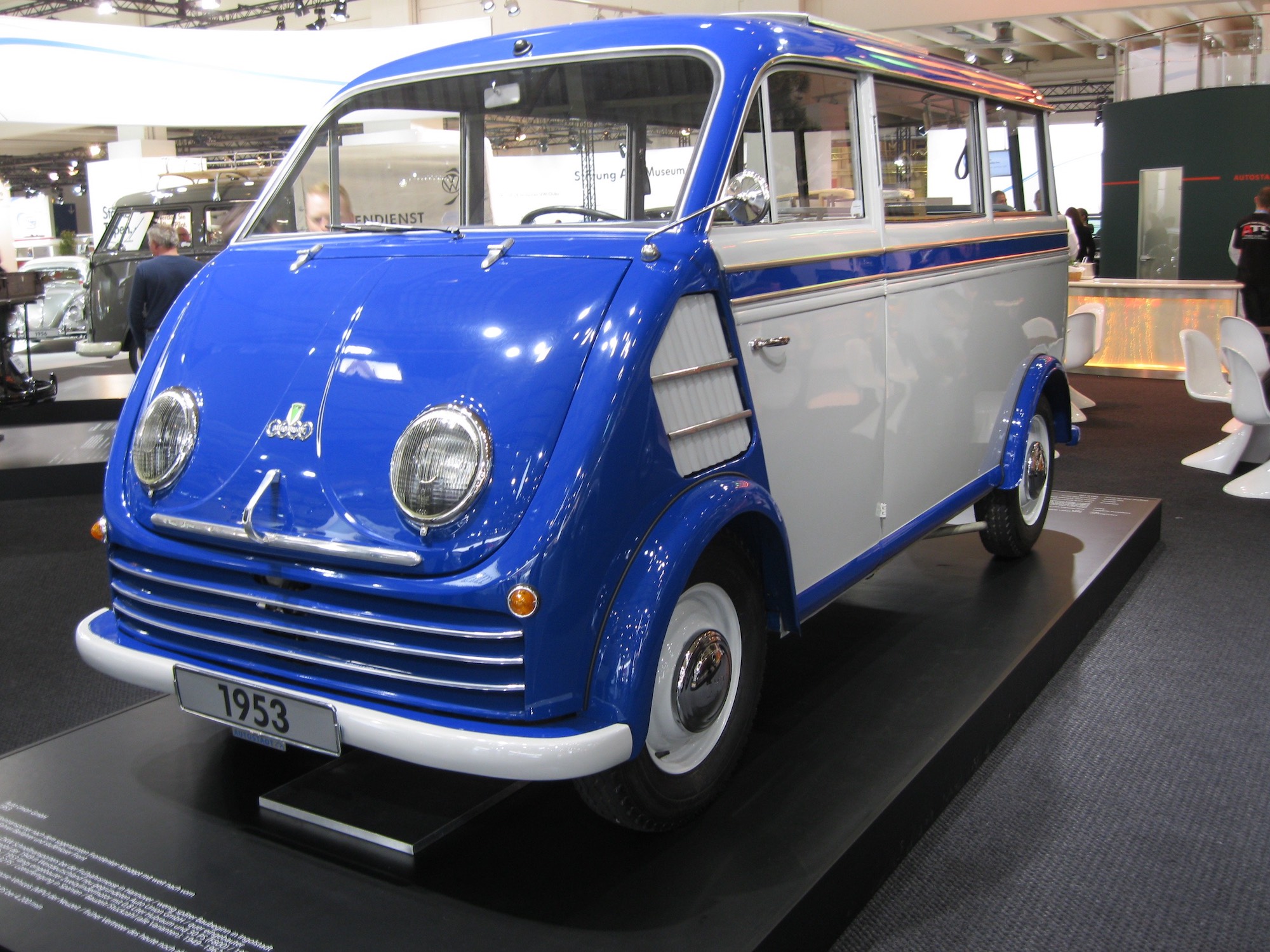 At first, the engine was a two-cylinder just under 700cc, it was soon enlarged to 800cc, but the real transition happened in 1955, when the Schnellaster received a 900cc 3 cylinder (!) powerplant. Sure, it doesn’t sound like much, but remember, the only real competition this DKW had was VW T2, which was not particularly spritely either, both German vans would barely reach 100 km/h. Don’t forget that two-stroke engines have twice as many power strokes than their four-stroke counterparts, meaning more power from the same capacity. When DKW were promoting their 3 cylinder models, they marked them as 3=6, implying their 0.9 l 3-cyl engines were just as good as 1.8 6-cylinder ones. 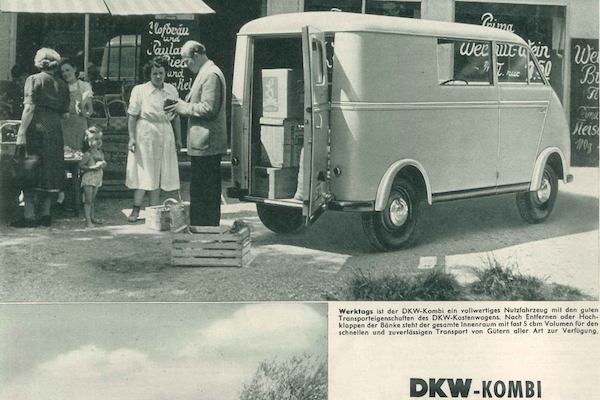 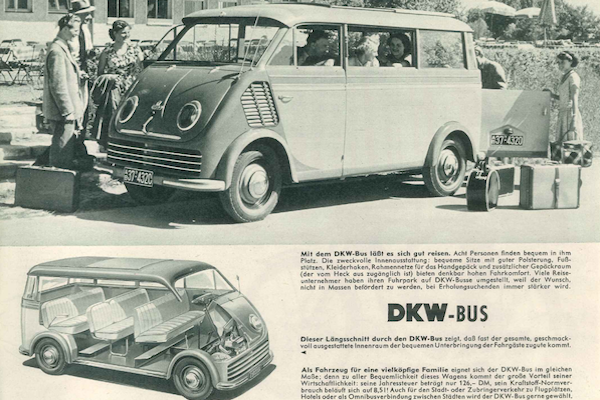 Regardless, the engine was not exactly the main feature of the Schnellaster, nor was its cute fascia. No, its core virtue was the flat floor and massive cargo space, enabled by the clever front engine and front wheel drive combo. As a result, the Schnellaster could easily come in a whole host of body versions in addition to the aforementioned minivan (which was called DKW Bus). There were the usual panel vans and pickup trucks, but DKW also produced ambulances, bakery vans, post cars and even electric vehicles on the same platform. 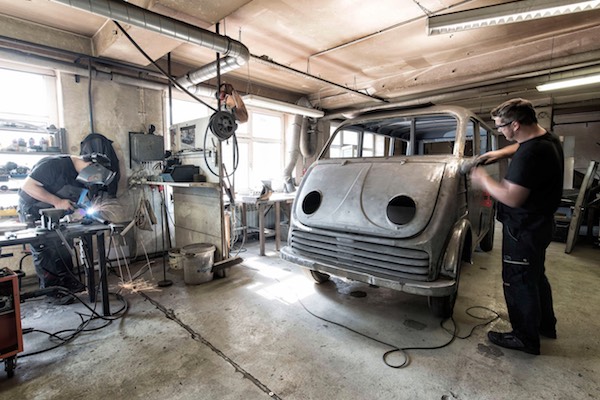 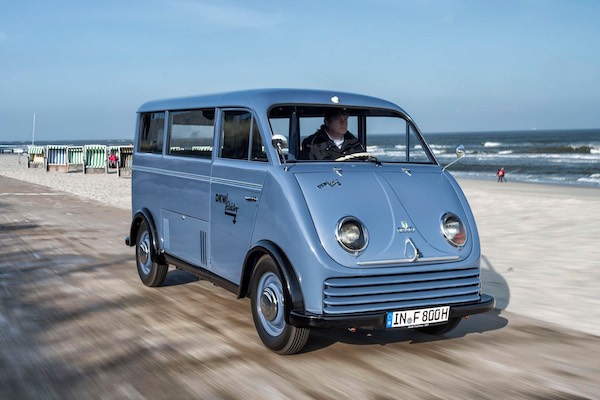 One of the two remaining electric Schnellasters has been painstakingly restored by Audi’s own specialists a few years ago and is now used as their museums runabout in Ingolstadt. Generally, it takes quite a lot of resources to restore these German mid-century vans, as many of them have rusted away and the remaining ones are few and far apart. 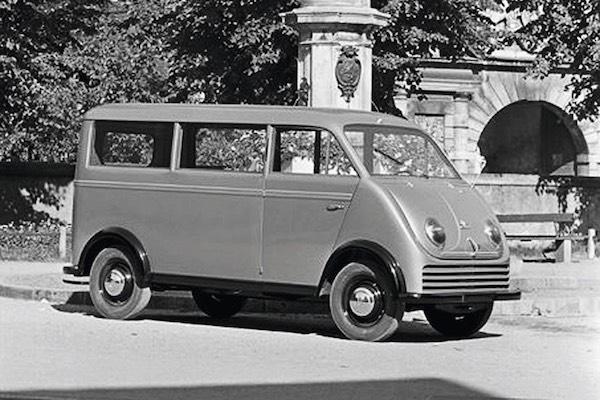 Needless to say, these DKWs made for excellent commercial vehicles
©Audi AG 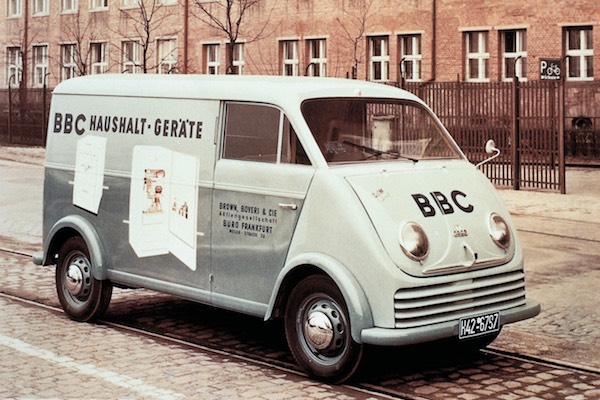 Needless to say, these DKWs made for excellent commercial vehicles.
©Audi AG

Coming back to the original statement of DKW Schnellaster Bus being the original minivan, it makes one wonder if we would have the minivans of today if it wasn’t for DKW. Would there still be practical yet compact cars to pick up kids from football practices and take trips to the seaside? Probably yes. 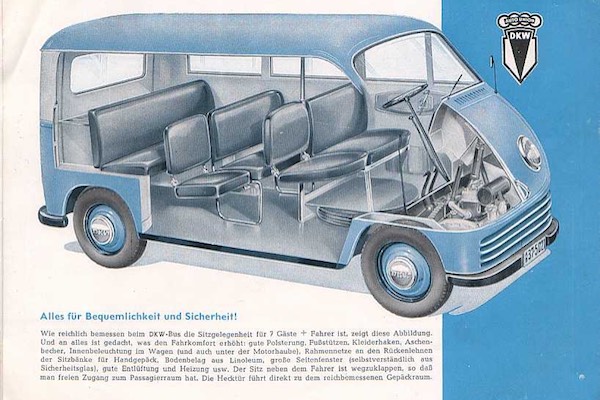 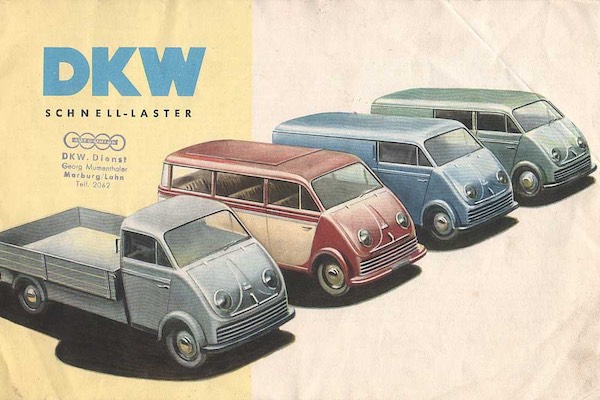 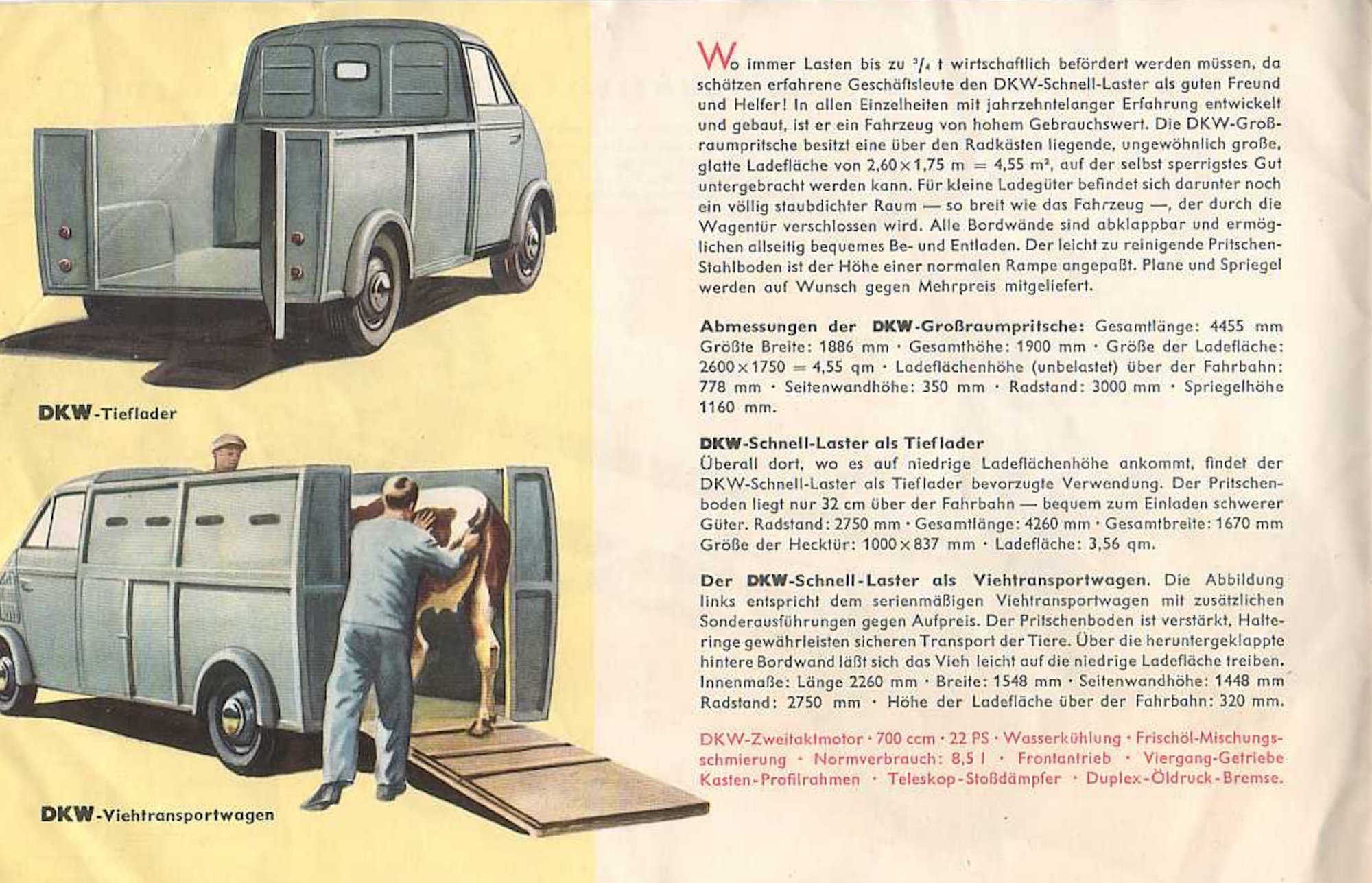 You could either fit six more of your friends or one cow. It was up to you
©Original DKW marketing material

Even though the Schnellaster was extremely innovative in its layout, it did not make a huge splash. It is hard to believe this little car from West Germany lead designers on both sides of Atlantic to sketch minivans several decades later. Despite being not so revolutionary and almost forgotten in the current day and age, the Schnellaster was there first and being first definitely counts for something.