It is seldom that you meet a car enthusiast that does not daydream of becoming a racing driver. Racing is an example synergy between a man and a machine, requiring razor sharp focus, rapid reflexes and impressive stamina. That was especially the case in the older days, when race drivers could not rely on car electronics, state of the art tire compounds and million-way adjustable suspension. Back then, the race drivers were nomex-clad, moustache-wearing superhumans. But there are still racing series that let you witness some good old fashioned racing, or even get involved in it. Formula Junior is one of the most popular of the bunch.

For those unacquainted, Formula Junior racing category was conceived in 1958, as a low-cost entry point for prospective young racing drivers. To keep the series affordable the single seaters had to use components from every day automobiles. Their motors, limited to 1000 cc or 1100 cc, came straight out of Fiats, Ford or Morises of the day. This new class with a rather abstract rulebook and low threshold for entry drove manufacturers to experiment and promote their products. Germans from DKW even utilized their 3 cylinder 2-stroke in a Formula Junior single seater. 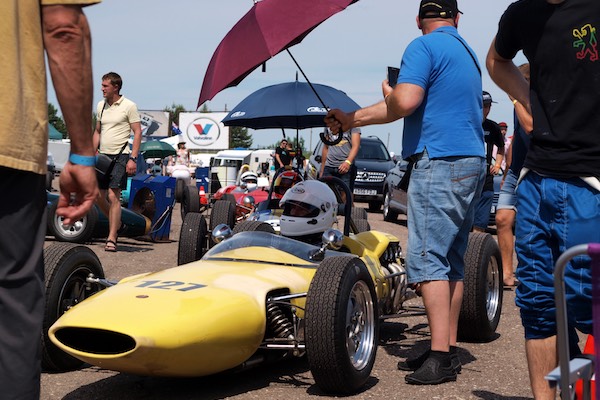 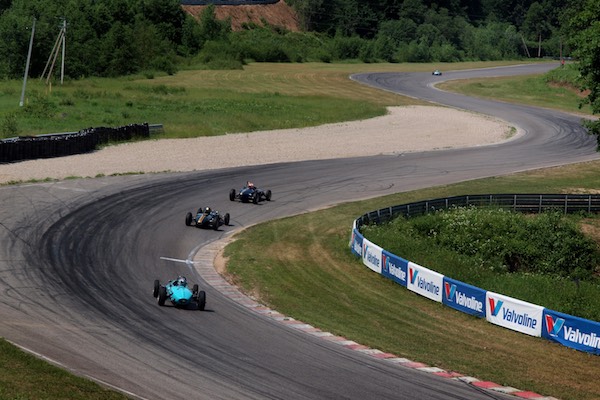 Race series became a diverse proving ground for new ideas. Despite only lasting for 6 seasons, Formula Junior found itself in the middle of major changes in motorsport, when racecars transitioned from front engined layout to mid-engined approach. At the same time the automakers moved from ladder frame design to more contemporary spaceframe. Due to these transitions, one can see a vast array of cars from different eras pitted against each other on the track in contemporary Classic Formula Junior events. One manufacturer that really excelled at this Formula was Lotus, always an expert on featherweight racers. Their Type 18, 20 and 22 achieved numerous victories with the help from Cosworth modified Ford motors. 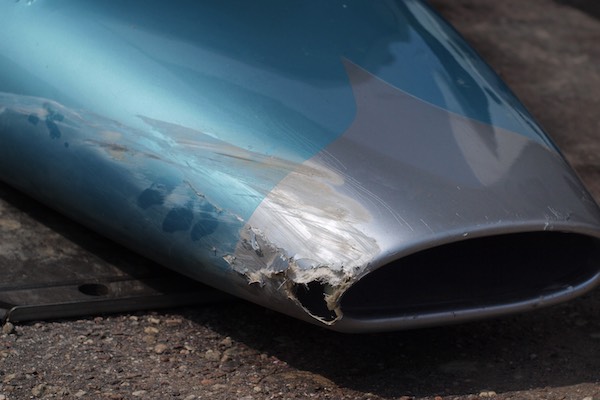 Even the slightest contact damages the brittle bodywork
©Domantas Mizeikis 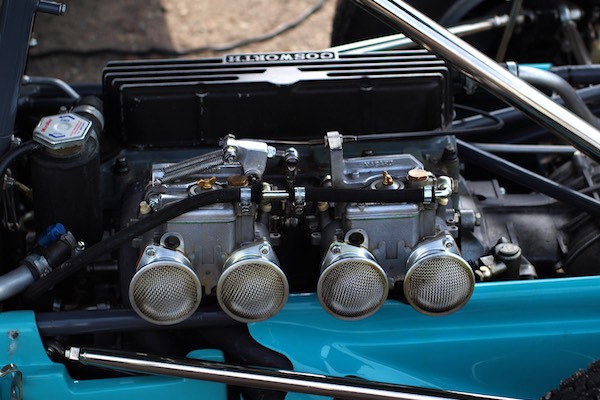 And do not doubt for a second that these cars can provide some excellent show for the spectators. Despite lacking in punch, Formula Junior engines produce less than 100 bhp, they make up for it with their old-fashioned purity. You are not going to find bits of unobtainium here – just oldschool metal frames, skinny tires and paper thin fiberglass shells. If bodies and windscreens of these cars were any thinner, they would probably crumple under the wind pressure when the cars go at full speed. Due to these weight saving measures, Formula Junior cars come with sub-400 kg curb weight. 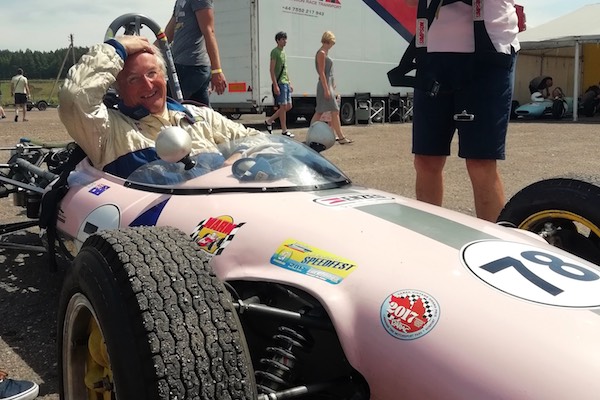 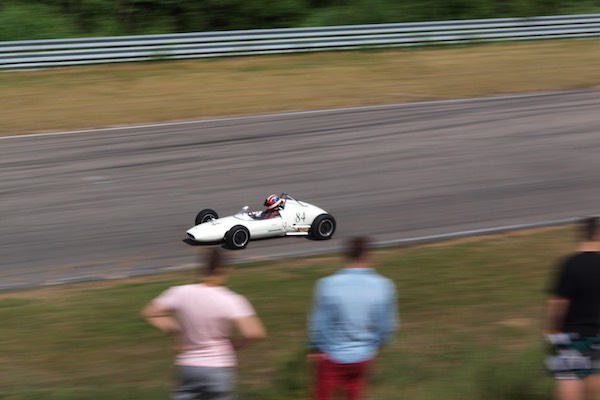 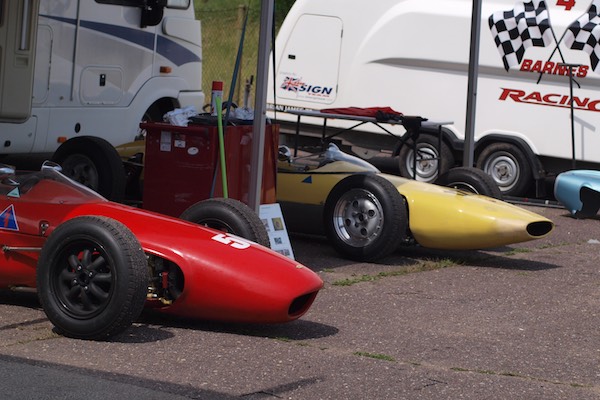 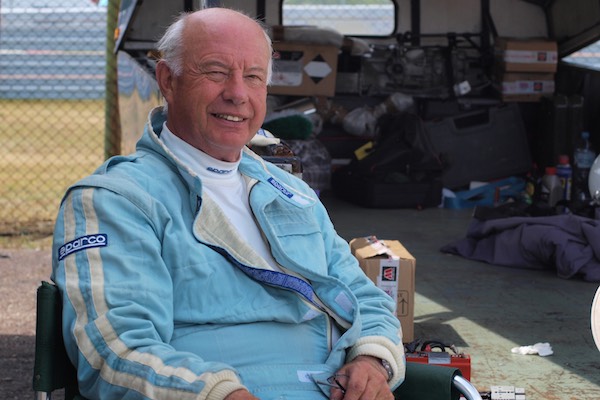 This flimsiness of the car bodies makes getting in and out of these single seaters a Cirque du Soleil act. A driver can only touch the seat and the frame when maneuvering within the claustrophobic cabin. Inside, the pedals are squished tightly together, so a pair of tiny driving shoes is a must just to operate the car. I was fortunate enough to try the car on myself (it was like sliding into a very tight pair of jeans) and can assure you it is a scary/thrilling place to be. Unlike many racecars of today, there are no crumple zones or other crash protection to protect you if the worst happens. Driving these tiny machines at their limit must be a white knuckle experience.

Even witnessing these cars from the podium is a pure riot. The rasp of zippy engines fill the air as the drivers battle it out on the track. And despite most of the participants being gentlemen drivers, they do drive at ten tenths. Get close enough and you shall see those skinny tires squirming mid corner and witness the drivers balancing the steering and throttle inputs to get those last resources of grip. 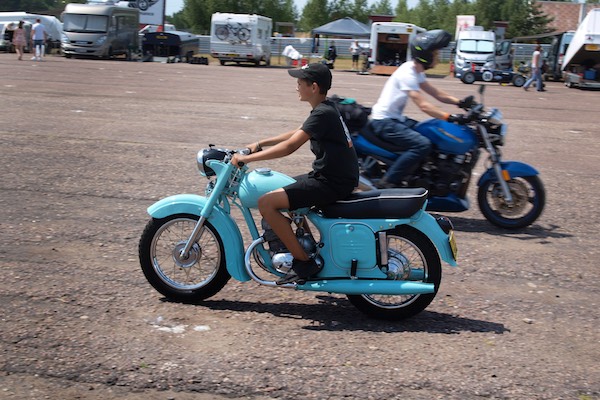 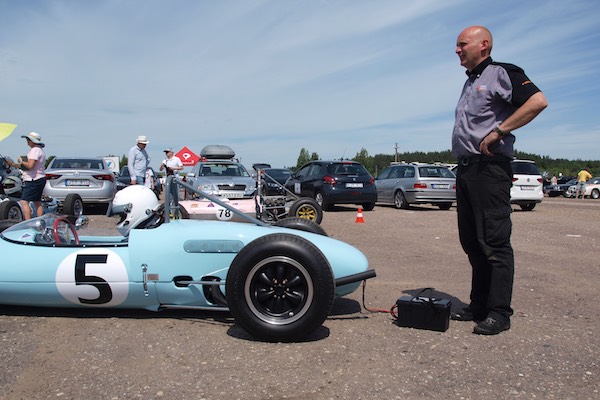 To minimize the curb weight, batteries stays outside of the car
©Domantas Mizeikis

But after the checkered flag, the atmosphere loosens up, on track rivalry gives way to the sense of comradery in the paddock. That is one of the defining features of vintage racing – it is a leisure activity first, competition second. It is easy to strike up a conversation with the drivers and have an easy chat. There are no massive team trucks or dozens of mechanics either, most of the drivers are just regular blokes with a caravan and a trailer. It may come off somewhat cheesy, but this down to earth atmosphere in the paddock fits perfectly with the simple yet pure machines they are handling. Makes one wonder if the old days were indeed simpler.