Toyota Corolla AE86: The Resurrection of a Legend and a Return to Racing

The Toyota Corolla AE86 is a true Japanese classic, and its prices are jumping as if they were on a trampoline. These models are very rare and highly valued. It’s a pleasure to look at cars like this; it’s a pleasure to touch them and listen to the stories of how they were brought back to life. But I like to drive. So we headed out to a rally with the grey Toyota Corolla AE86.

Just try to imagine what thoughts were going through my head when, in the second corner of the first special stage, my wheels locked up and I skidded off the course through grass as high as the roof until we finally ran into the tyres at a very low speed.

We slid pretty far, so I had time to remember all of the swear words I know, to think about all of the different consequences, and to apologise to Aleksas, my co-driver who also happens to be the owner of this car. Once I had filled the entire sport seat with adrenalin, my co-driver calmly got out and began pushing the car. Nankang NS-2R semi-slicks aren’t very good on asphalt, and they’re hopeless on grass. It took us a good minute. We buried our thoughts of victory and calmly finished that special stage.

I couldn’t concentrate on driving because I spent the whole time thinking about what happened to the car, whether I had broken something or if everything was fine. At the stop point, we saw that nothing terrible had happened: the front bumper lip had been knocked off a bit, and the car itself had a few minor battle scars. I had to tone down my driving style for the next two days, since the car has just been pulled out of the garage after a long rehab and wasn’t yet totally back on its feet.

That was Press Rally 2018, an international race for journalists. Aleksas and I were participating for the fifth time. Always with a Toyota, and so far – always in the 1.6 class. This is full of low-displacement cars of very similar capacity, which results in an extremely close and fierce battle. 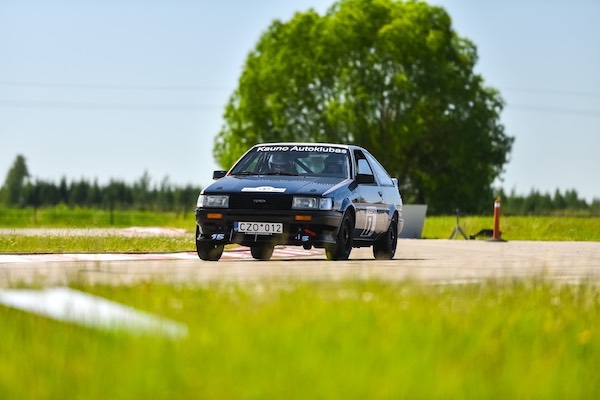 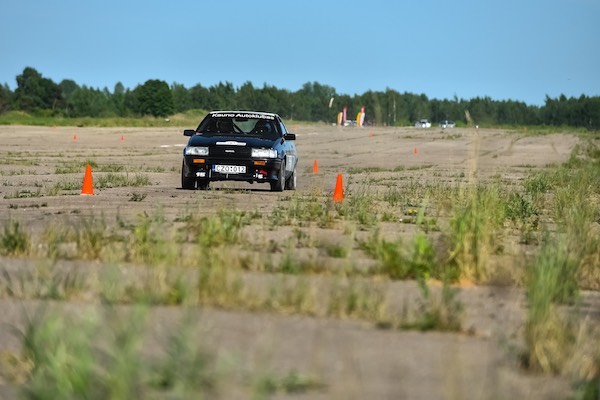 Through Hardship to the Stars

Aleksandras “Aleksas” Dainys is a professional rally co-driver and race car driver whose entire life revolves around racing. He likes cars, he likes classic cars, and he has fallen in love with Toyota’s models. For as long as I’ve known him, I’ve known that he has dreamed about this small, rear-wheel-drive hatchback called the Corolla AE86.

And it’s a smart choice. This is a really fun car to take out on the weekend, and since it’s a Toyota, it won’t give you any headaches in terms of reliability. Plus it will have some major residual value that will only grow. The problem is that well-maintained models are already going for prices that are out of this world, so Aleksas, just like a lot of other car enthusiasts who like to design, took the project route. Only who would have thought that almost three years would pass from when the legend showed up in his garage to when it got out on the streets? 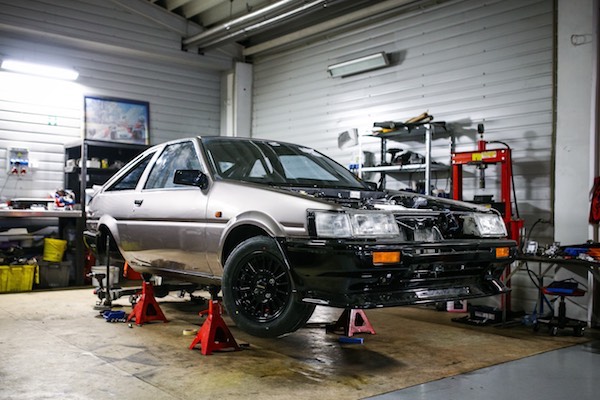 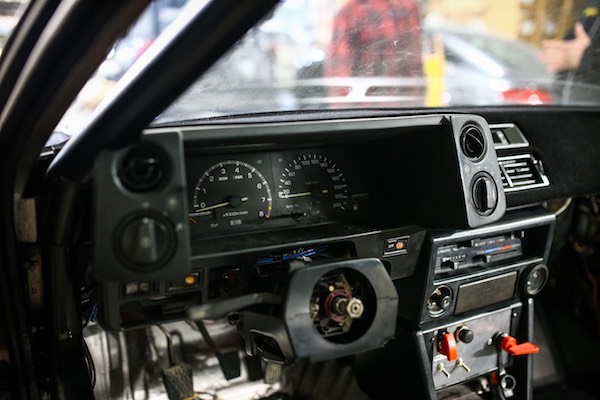 “Their prices really are high and they’re only going up. It’s a big investment. But somehow I found a body of this model in France for a very reasonable price, so I thought why not put it together. After all, Lithuania is the land of ‘golden hands’, and I’m surrounded by people who can repair anything. I bought it and the car arrived in Lithuania, but the body wasn’t in the best shape. We dismantled it and I took it to be sanded. They sanded it and there was just nothing left of the body. It was that rotted.

Then there were two roads: sell everything that I’d bought, or suck it up and look for another one so that I could make one out of two.

I sold half of all the parts I had bought. Not because I had given up my dream, but just so I could have some working capital. I remembered an ad for a car in Denmark that I had found when I still had the first body. But the ad was already gone. Almighty Google helped me dig it out of the inactive ad archive – I found his email address and we started writing. It turns out he hadn’t sold that car. He had changed his mind. I told him my story and he agreed to sell it. The next day, I already had a plane ticket to Denmark. This time I didn’t buy it sight unseen – I went to see the car myself, and it was definitely not in bad condition. It was a race-ready model with roll bars that had once driven in the Danish rally championship. But since all the rallies there are on asphalt, the body wasn’t damaged. And the old man was only selling the car because he couldn’t drive it any more due to health problems. The car was in Kaunas on St John’s Eve 2017,” says Aleksas about how this beauty was purchased.

The very next day, this Toyota Corolla AE86 was out for a spin on the Nemuno Žiedas motor racing circuit in Kačerginė. The new owner drove it hard and wore it out to see how much life the car still had in it. After all, it was a 1983 model, which is retirement age for cars. 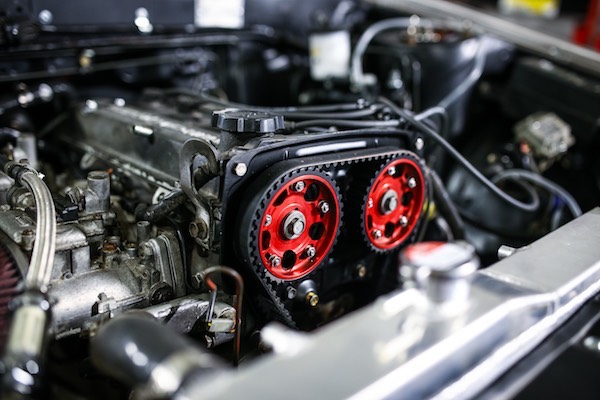 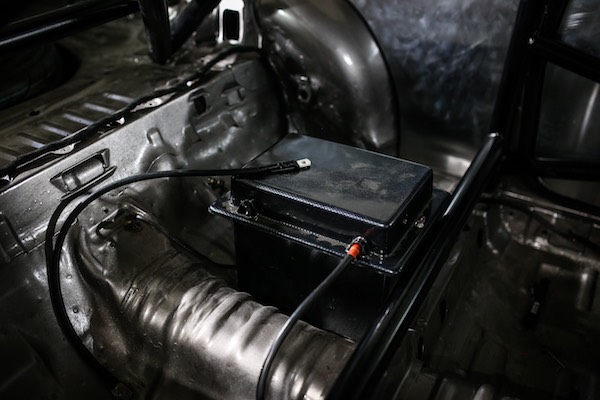 Fell in Love with Every Detail

“I just wanted to make a car for myself. But not the kind that would stand under a glass dome for me to look at – I wanted one that I could enjoy driving,” he said of his approach.

Then the work that took all winter began. Even though the car seemed to be in pretty good shape, it only left the shop this year in the beginning of summer, because the owner had fallen head over heels. 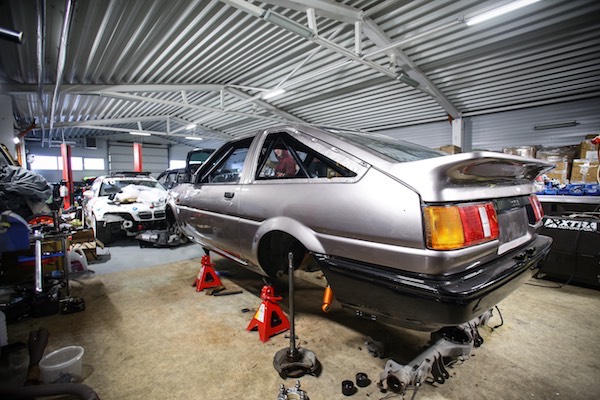 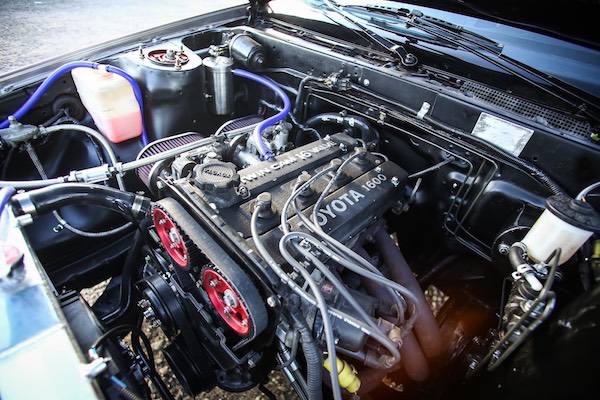 “It was completed dismantled. All of the problem areas on the body were taken care of. It spent all winter in the paint chamber, and then we started putting it back together.

All of the mechanically tired parts were either refurbished or replaced with new ones. The old radiator was replaced with a larger aluminium radiator. A higher capacity oil cooler was put in. Every detail of the chassis was restored, sanded and painted. I played around with every part. Even when I took apart the front panel, I took every switch home to wash, clean and restore.

If there was an opportunity, I tried to put in higher level parts. They’re still being made for this model. The community of Corolla AE86 fans and owners is very active, so even though the prices are really high, you can find virtually anything. Except for body parts, which are no longer being made. That’s why I didn’t use the cutting and welding method – he problem areas were taken care of with the hardest methods so that the body would be completely original,” said Aleksas of his spring extracurricular activities. 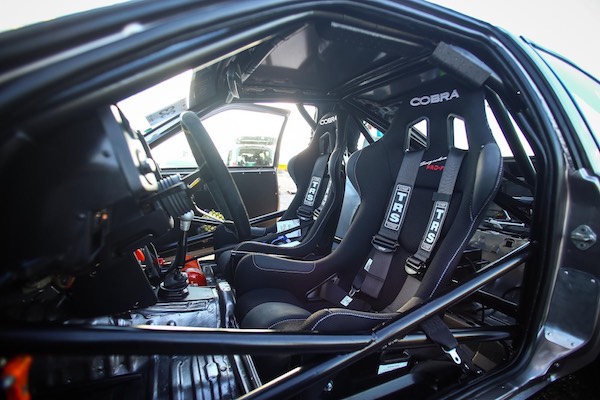 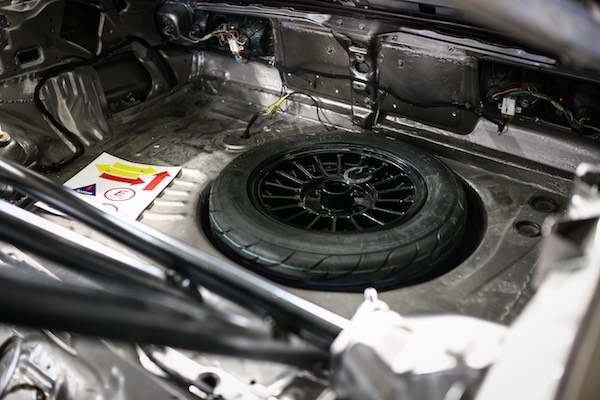 The only systems he left original, the way he got them, were the engine and the brakes. The Press Rally was this car’s first serious return to racing. Unfortunately, it was without results (we were 4th of the 10 in our class), because these two systems were like a pain a the butt.

Everything was fine with the 1.6-litre engine. You can feel that it’s alive. But the Dellorto carburettors were terrible. That’s right – the carburettors. All Toyota Corollas produced since 1983 have used a direct fuel injection system. But the Danes thought that it would be better with carburettors.

True, in theory, carburettors provide a much higher power and sound effect. But only in theory. Technology from the last century requires meticulous tuning, and most of today’s mechanics have only read about this kind of technology for supplying fuel to the engine in encyclopaedias, and adjustment seems like a task that is just as insurmountable as asking an old lady in the village to work with a computer. The standard engine with direct injection could generate 122 hp. And this one? Nobody knows. Nobody has measured. But based on the speed – no more than 100.

The engine let out a really nice sound – it was practically singing – but that’s it. Beforehand, it had to get in some good spitting. Hitting the gas harder up to 4,000 rpm, it choked, coughed and jerked, and only then did it begin to drive.

The second problem was the brakes. The Dane had improved them, because original Toyota brakes are smaller than on a shopping cart. He improved them using four-piston brake callipers from an old Volvo 240 in front and Fiat 500 Abarth brake discs, and leaving the standard Toyota brake cylinder without the brake booster. The result is that you never know what braking force you’ll get each time you brake. On the first corner, I pressed the brake and the car braked well. On the second corner, I pressed it later and nothing happened, so we got a tour through the fields. On the other special stages, I braked three moments sooner than I would with any other car. So that I’d have time to pump the brakes.

After the Press Rally, the Corolla AE86 went back into the garage. To recover from the latest sores. 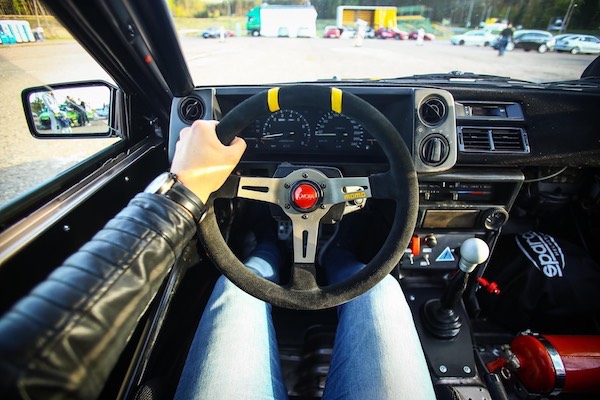 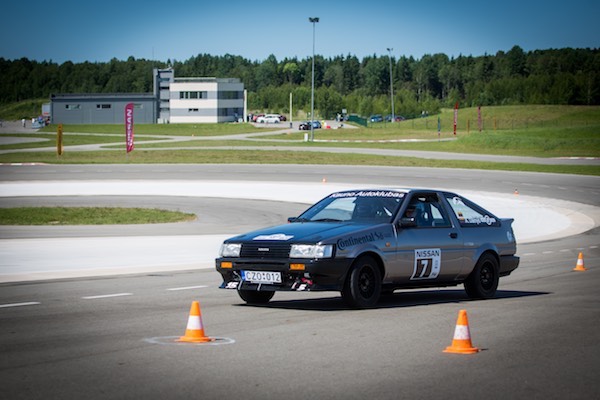 A Charge of Positive Emotions

Still, when all the right circumstances came together, it was a fantastic experience. The car handles magically. It’s perfectly balanced. It seems like you don’t even have to drive – all you have to do is think about the manoeuvre, and it does it. When the engine finally gets going, the tachometer goes up almost all the way to the 8,000 mark, and that’s when the engine really sings, playing its song for the entire city. Yes, it is loud.

Nevertheless, Japanese car fans don’t have to worry – this car won’t be going to professional races or anywhere where there’s a risk of damaging it. It’s too rare and expensive of a car. Plus its main purpose is to please the driver. And that is something it does well. 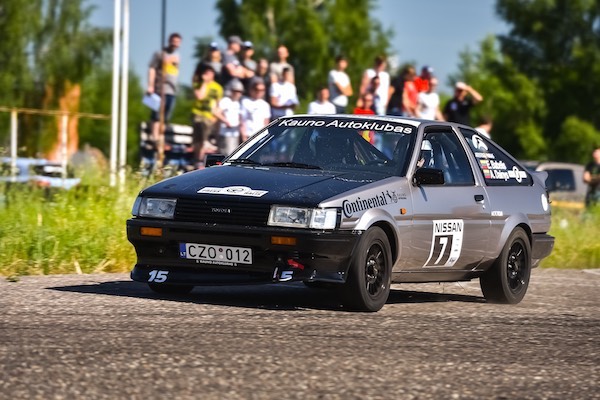 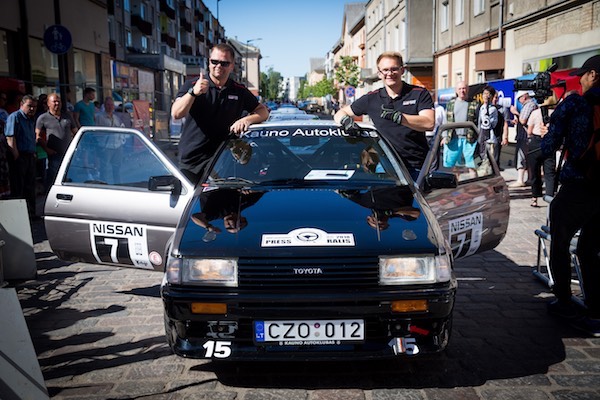 I covered quite a few kilometres behind the wheel myself. It’s not a fast car. But it knows how to create amazing emotions. This Corolla AE86 is a pleasure to drive; it lets you play and wag your tail, and it emits good emotions not only to the owner, but to everyone around.

Not everyone understands what car it is making all that noise, but when they turn around with their angry faces and see an old hatchback, passers-by relax and forgive. It’s not some BMW or Porsche – Toyotas don’t prompt spite or envy; people are behind the driver of this car, and those who understand give you a thumbs up. It’s a car that gives you warm emotions. No aggression, no anger – not even much speed. But it’s still a pleasure.