Colani - originally born Lutz Colani in Berlin in 1928 - pioneered the biodynamic school of design, which was characterised by rounded, organic forms Colani believed to be ergonomically superior to traditional design.

Throughout his long career, which spanned from the 1950s up to his death in 2019, the German designer applied biodynamic design to everything from ballpoint pens, the Schimmel Pegasus grand piano, the quite, quite mad Soviet ekranoplan and oh yes, car design - that’s why we’re here, right? Anyway, Colani also created a number of biodynamic-inspired concept cars for manufacturers including Fiat, Alfa Romeo, Lancia, Volkswagen and BMW.

The most striking of Colani’s designs is the Lamborghini Miura Le Mans concept from 1970. Launched in 1966, the original Bertone-designed Miura is widely regarded as the world’s first supercar thanks to its 3.9-litre V12 engine which propelled it to a top speed of 163mph and would reach 0 to 60mph in 6.3 seconds. Its rear mid-engined two-seat layout, and jaw-dropping looks which included its unmistakable “eyelash” headlights may have also contributed to its status of the “world’s first supercar.” 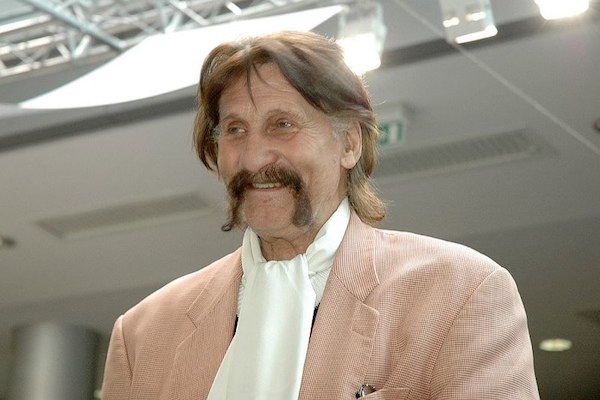 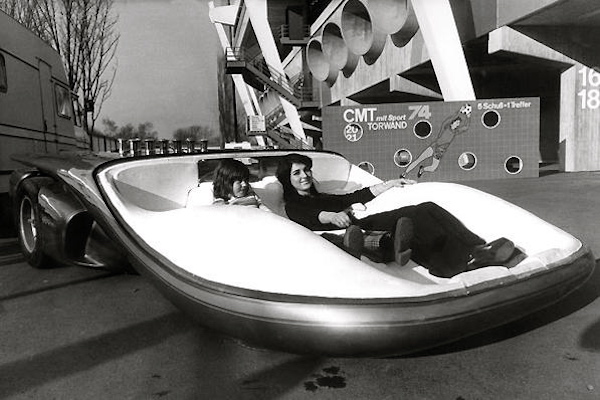 
Almost everyone in the motoring world regards the Lamborghini Miura to be one of the finest pieces of car design ever. Even now - almost sixty years since its launch - the Miura is still winning awards for its aesthetics. Earlier in 2020 it scooped the GQ Award for the Most Beautiful Car Ever Made.

Now, we said “almost everyone”, meaning everyone apart from Luigi Colani who saw an original Miura and thought “hmm... I can make what is considered to be one of the best looking cars in the world and make it look better by making biodynamicising it”. Enter the Lamborghini Miura Le Mans Concept from 1970. At this point, it is also probably worth adding that Lamborghini had no part in Colani’s design. Essentially, Colani booked a table at a Michelin Star restaurant and brought along his own bottle of ketchup to “improve” the meal.

Colani sawed a Miura in half, threw the front in the bin, and kept the rear end with the original car’s wonderful 3.9-litre V12, suspension, and six-speed gearbox. As for the front end, it was made of fibreglass and appeared to resemble a glider. If this mismatch of Miura and a biodynamic pod wasn’t a strange enough concept, things get really weird now…

The driver and passenger would lie almost horizontal in the cockpit and control the car with a joystick. To ensure it kept in within the principles of biodynamics and achieve as much of a spherical, streamlined form as possible, Colani hid the front wheels under the body, meaning they were unable to turn.

At this point, I hear you asking “why the joystick?” Well, this is because the rear wheels didn’t turn either - going around a corner was achieved by connecting the front and rear of the Miura Le Mans Concept through tie rods and pedal cables, meaning that the car would bend in half. Envisage in your mind an articulated bus, and you would be absolutely correct in picturing how the Miura Le Mans Concept would tackle the twisty stuff. 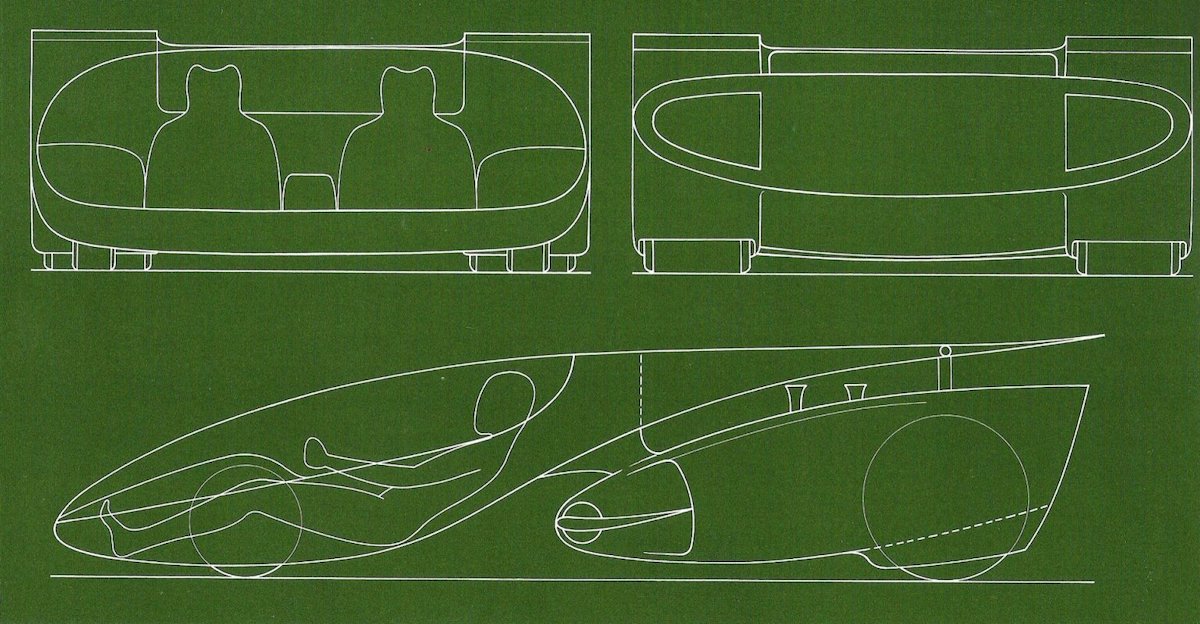 What became of Luigi Colani’s creation?


Unsurprisingly, the Lamborghini Miura Le Mans Concept never made it to the 24 Hours of Le Mans. However, it was a fully functioning prototype and became a regular on the international car show circuit from 1970 to 1974. During its last year as a showpiece, Colani’s bright orange concept was repainted blue and decked out with Veedol oil stickers.

The car then disappeared in the United States where it lay forgotten until it resurfaced on eBay in 2010. It was auctioned off for $75,000 despite having a broken front suspension, no engine, and peeling paintwork. The rear wheels were still intact, so that was a plus point for the owner. 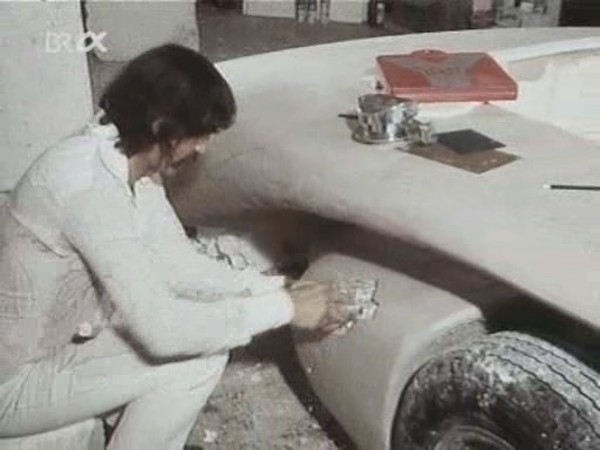 Luigi Colani made this car by himself...
©Bad Influence Hot Rods 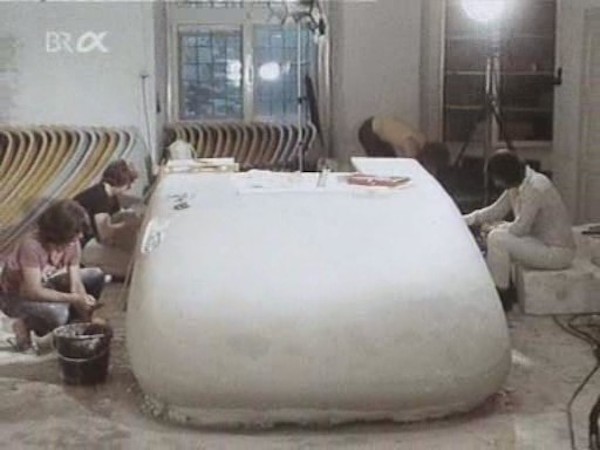 
We want to really like the Lamborghini Miura Le Mans Concept, and we salute Luigi Colani for trying something different and experimenting with his design philosophy. But to achieve this, he butchered one of the most beautiful and influential cars of all time…

And as a community of car lovers, we can’t help but feel that’s just overkill in the fullest sense of the word. 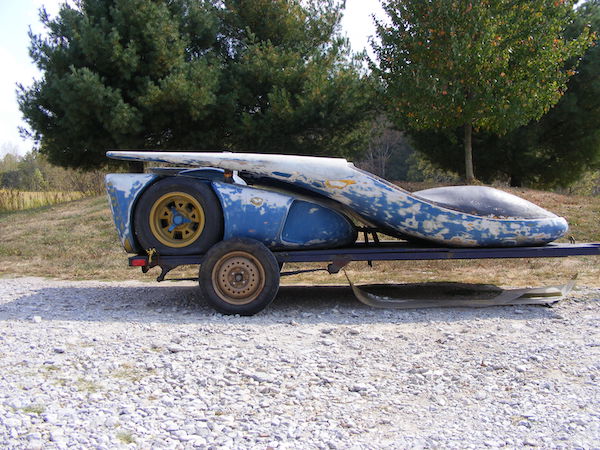 The car was abandoned for more than 30 years
©Ebay 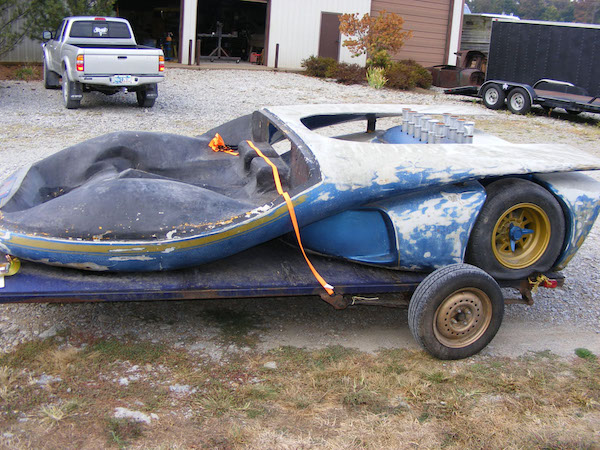 The paint is missing, but the body aged well
©Ebay 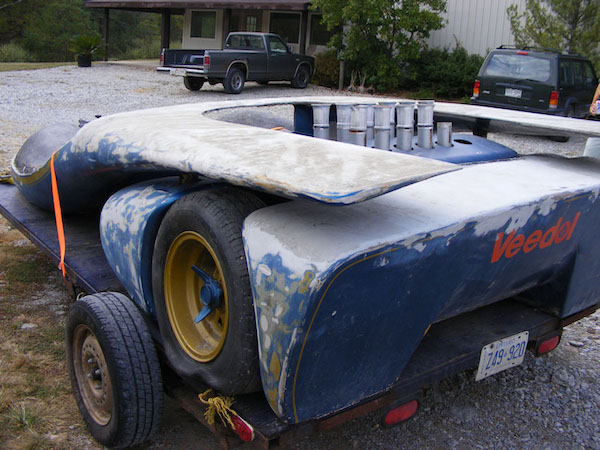 What do you think of Colani’s 1970 Lamborghini Miura Le Mans Concept - is it pioneering, or did he unnecessarily kill a Miura for an ego trip? Let us know in the comments below!