Lamborghini 350 GTV – Not Such a Raging Bull

Aside from building stunning racecars, Enzo Ferrari was notorious for getting into quarrels. We’ve already written about how a conflict with Henry Ford II has given the world the Ford GT40 . A few years prior to that, Ferrari got in an argument with Ferruccio Lamborghini, which eventually gave birth to Lamborghini we know and love today. Here’s how it all panned out.

By 1950s, Ferrucio Lamborghini had accumulated a considerable fortune from building and selling farming equipment. As expected for a wealthy North Italian businessman, he liked fast Italian cars, and Ferrari was making the fastest ones. So Ferruccio bought three Ferrari 250s only to start hating them. Despite being branded as a GT car, Ferrari 250 was still very much a racecar – it was noisy, harsh and it’d eat its clutch every fortnight. To have the clutch replaced, Ferruccio had to send his 250s back to Maranello, which he found unacceptable. 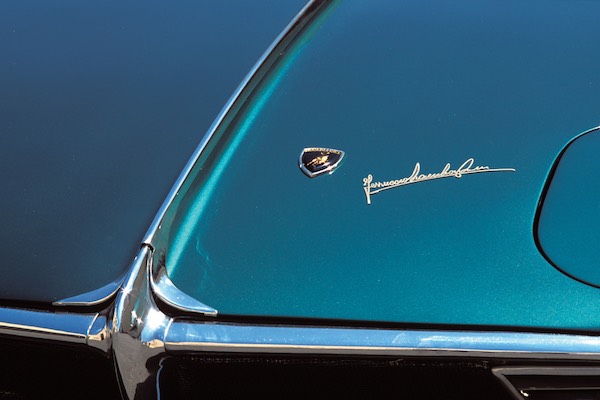 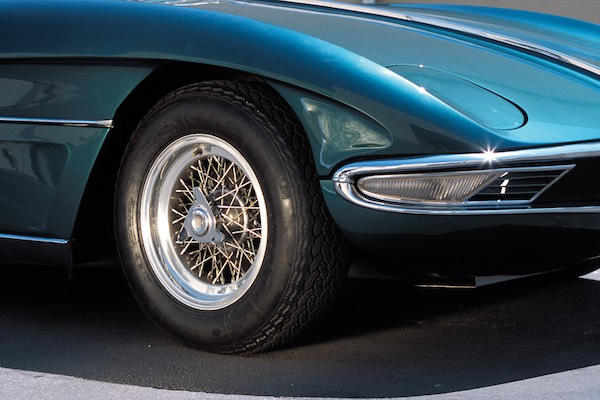 That being said, he did like the engines and speed the Ferraris offered, he only wanted a car that’d be a bit tamer and a tad more user friendly. So he went to Maranello to have a chat with Enzo. Being arrogant and self-assured as he was, Enzo refused accept any advice from the tractor mogul. Cross with Enzo, Lamborghini set out to build the car of his dreams on his own. He even wooed an ex-Ferrari racecar engineer Gioto Bizzarini to help him. It wasn’t hard, as Bizzarini had his own grudge with Ferrari.

Bizzarini was then commissioned to do what he does best – engineer an engine. Used to designing race oriented, easy-revving high-strung screamers, he built exactly that. This new 3.5 l V12 reportedly peaked at 375 BHP at 8000 RPM. Ferruccio still thought this sort of race-y motor cannot be at heart of a smooth sailing GT car, so he actually requested the motor to be detuned and peak power moved lower in the rev range. Yes, today we might see Lamborghini as bonkers over-the-top supercars, but the very first one, named 350 Grand Turismo Veloce (or 350 GTV), was actually quite refined. 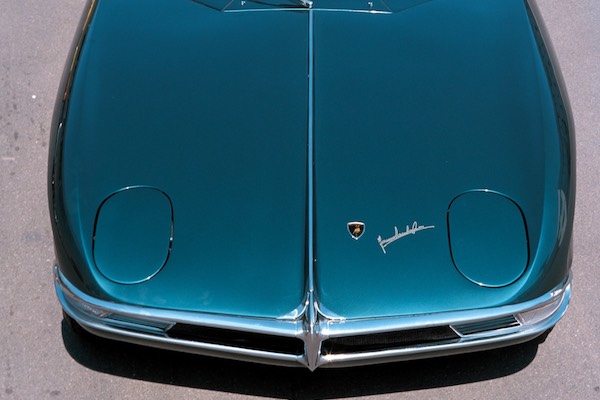 With the headlights shut, there is a bit of Corvette Stingray in 350 GTV‘s fascia
©Lamborghini 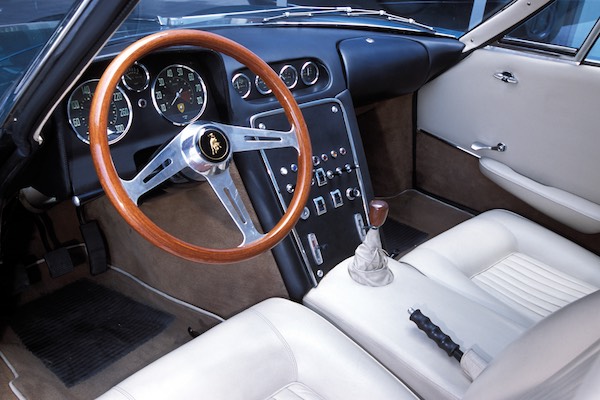 Pretty bland center console might look like a feature of a prototype car, but it made it into the serial production 350 GT virtually unaltered
©Lamborghini

With the engine covered, we must talk about the body around it. Oddly enough, the gorgeous body wasn’t housing the engine when the car debuted in Turin Auto Show in 1963. With the body sculpted separately by Franco Scaglione, it was realized too late that it wouldn’t mesh with the motor. Low hood and flowing lines did look absolutely killer, but didn’t give the engineers a lot of space to work with. In a rush to finish the car for the show, Lamborghini just stuffed some bricks in the engine bay and closed the hood shut. 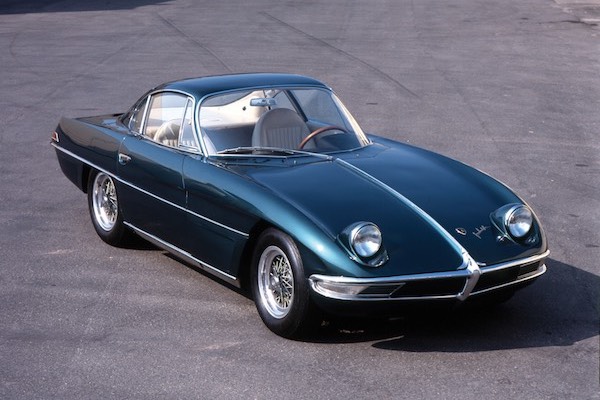 Sadly, these pop-up headlights were ditched when the model reached production
©Lamborghini 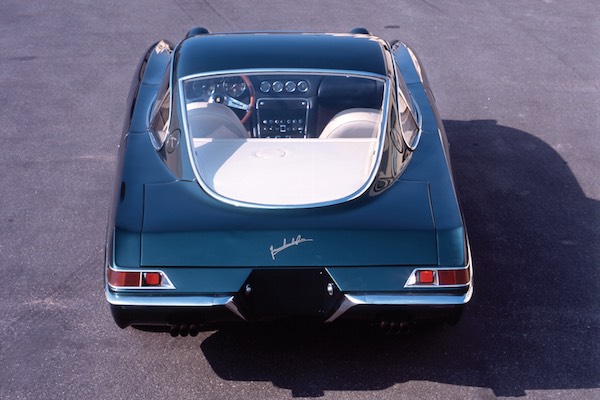 Sadly, these pop-up headlights were ditched when the model reached production.
©Lamborghini

Despite not running, 350 GTV was a true showstopper, piquing crowd’s interest and giving a green light for the upcoming Lambo road car – 350 GT. 350 GTV was a true head turner, but Ferruccio Lamborghini wasn’t content with it – he still found it to be too unpractical. The one off prototype was quickly tucked away somewhere deep in Lamborghini’s garage and Carrozzeria Touring was hired to build more toned down version of the original design. This new car was most definitely more practical – it could even house the engine which was meant for it. But 350 GT lacked the outrageous styling and, crucially, those popup headlights. Just another case of manufacturers diluting their crazy concepts before putting them into production. 350 GT did remain much like its predecessor under the skin, though – it retained the same overhead cam V12 and four wheel independent suspension. 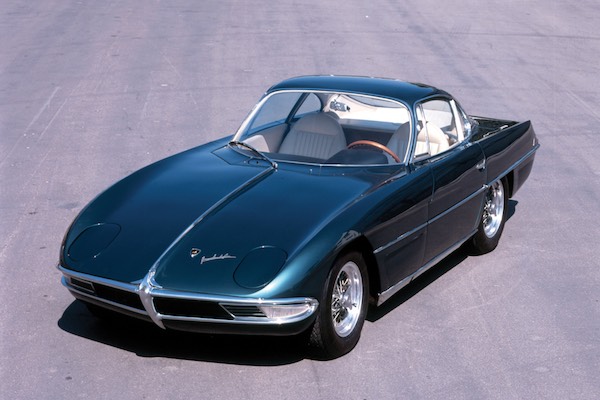 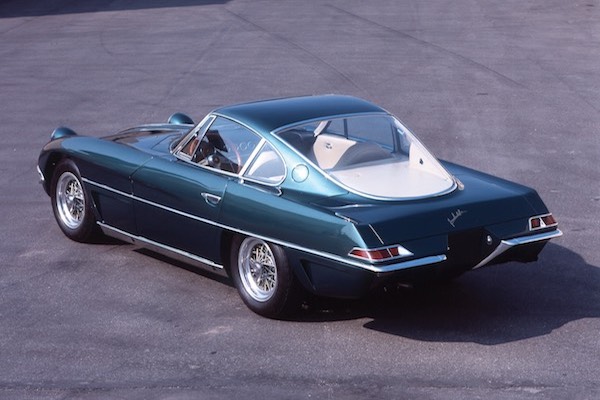 After the release of 350 GT, Lamborghini didn’t care too much about their original prototype, so it remained in the storage until a willing buyer came along. That buyer was an owner of an Italian car dealership network, Romano Bernardoni, who acquired the non-running prototype in 1980s. He then set out to restore it, finally fitting the motor and the remaining running gear. The car was then resprayed from the original light shade of blue into this dark hue of green, not unlike the British Racing Green. The 350 GTV exchanged hands a few times until being reacquired by Lamborghini quite recently. It was presented to the public in Pebble Beach Concours d’Elegance in 2013 to celebrate 50 years of Lamborghini cars. 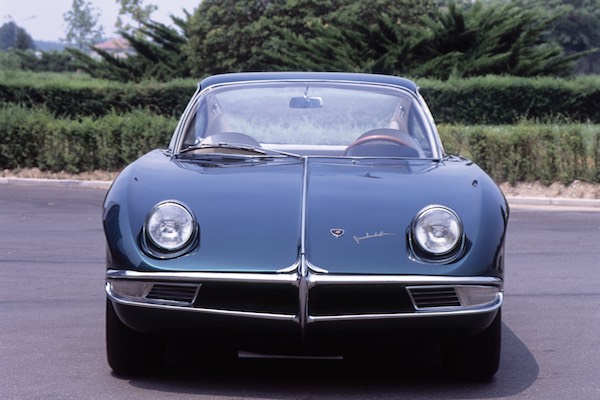 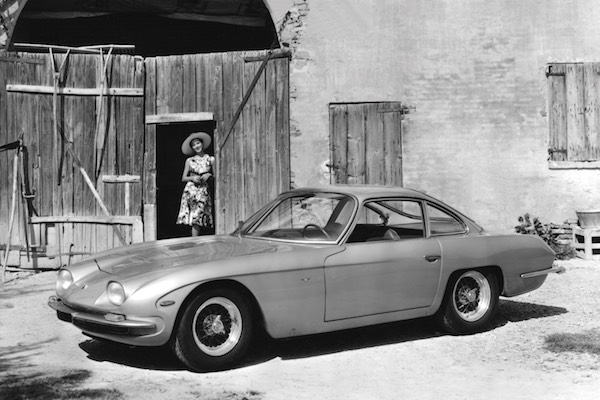 The subsequent 350 GT was a much less daring design
©Lamborghini

Looking at it today, it seems utterly mad that Lamborghini had abandoned their original prototype, especially a one this stunning. But back in the 60s it was just another disposable design exercise. At least today, the 350 GTV got the recognition it deserved. It is proudly displayed at Lamborghini museum in Sant'Agata, where every mortal can get up close to the Lambo that started it all.