London Classic Car Show Was a Celebration of Ambition

If you are a die-hard classic car purist, perhaps it’s best you stop reading right now. This article contains a selection of modified classics, some of which were altered quite extensively. The Brits definitely do not shy away from modifying their cars, and everything is justifiable in the pursuit of perfection. To me, ambitious innovation was the overarching theme of this year’s London Classic Car Show. Besides the usual suspects like Porsche, Italian exotics and British roadsters, there was a surprising amount of modified classics. 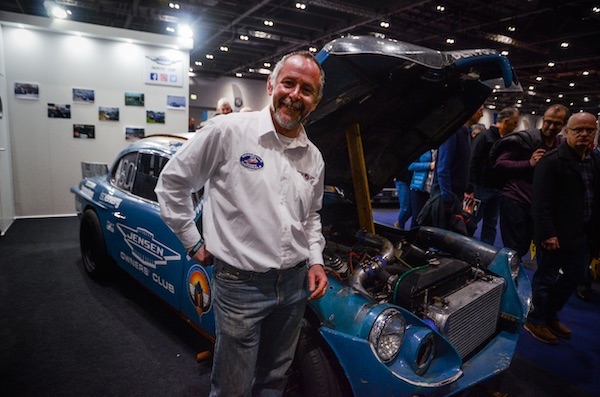 This year. the show’s annual Icon award was given to Ian Callum, an innovator and a visionary designer. In an interview that followed, Jaguar chief designer was enthusiastic about designing electric cars, as well as the affordances and challenges they present. When it comes to classic cars, Callum is no traditionalist. His own Mark II is tastefully modified, with tweaks to both the car’s aesthetics and performance. Callum revealed that he is a fan of electrified classics, thus any modification is reasonable in pursuit of unlocking the car’s full potential. 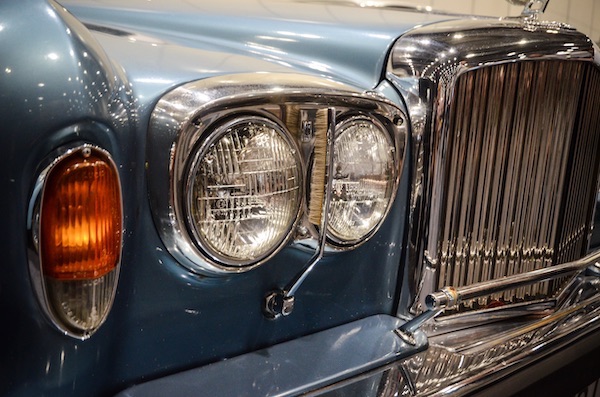 If it’s worth doing, it’s worth overdoing. At least according to Bentley
© Domantas Mizeikis 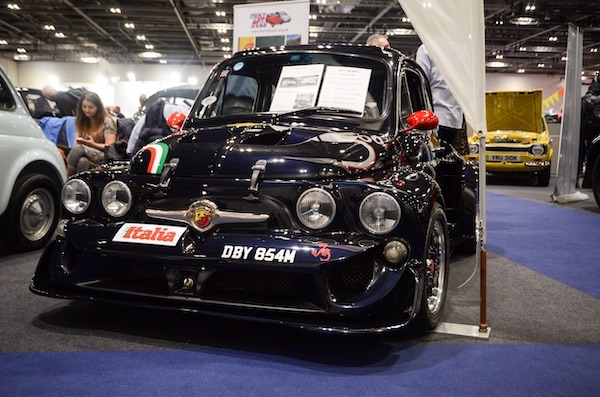 There were quite a few restomods on display. Ascetic vehicles like Citroen Mehari, vintage Land Rovers and Minis all received an electrification treatment. If you prefer internal combustion, there was still plenty of drool-worthy machinery. Evolution E-Types brought their recreations of Low Drag and Lightweight GT Jags. Alfa Romeo whisperers and the masterminds, the Alfaholics behind the brilliant GTA-R restomod,came to the show as well. When talking to them, one would never guess that these guys spend their days building red screaming Italian sports cars. They seemed so approachable and humble. There were also one-off restomods, such as a quad-eyed Fiat 500 with a 1.7-liter boxer engine from Alfa Romeo, or the world’s fastest Jensen, a CV8 modified to take on the Bonneville Salt Flats. 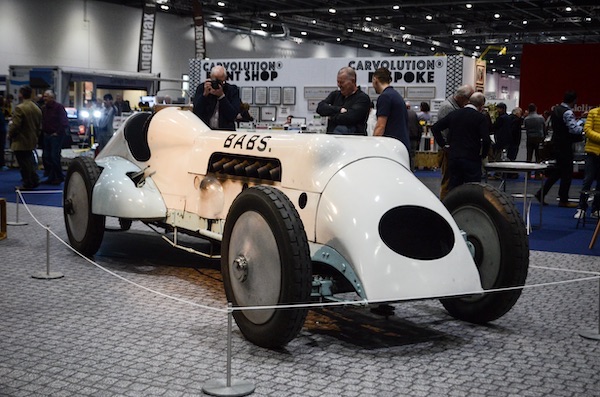 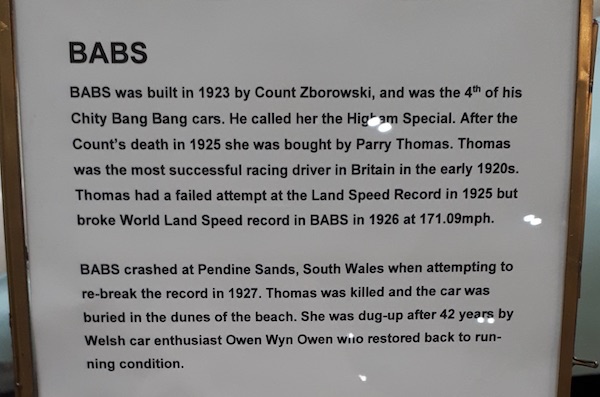 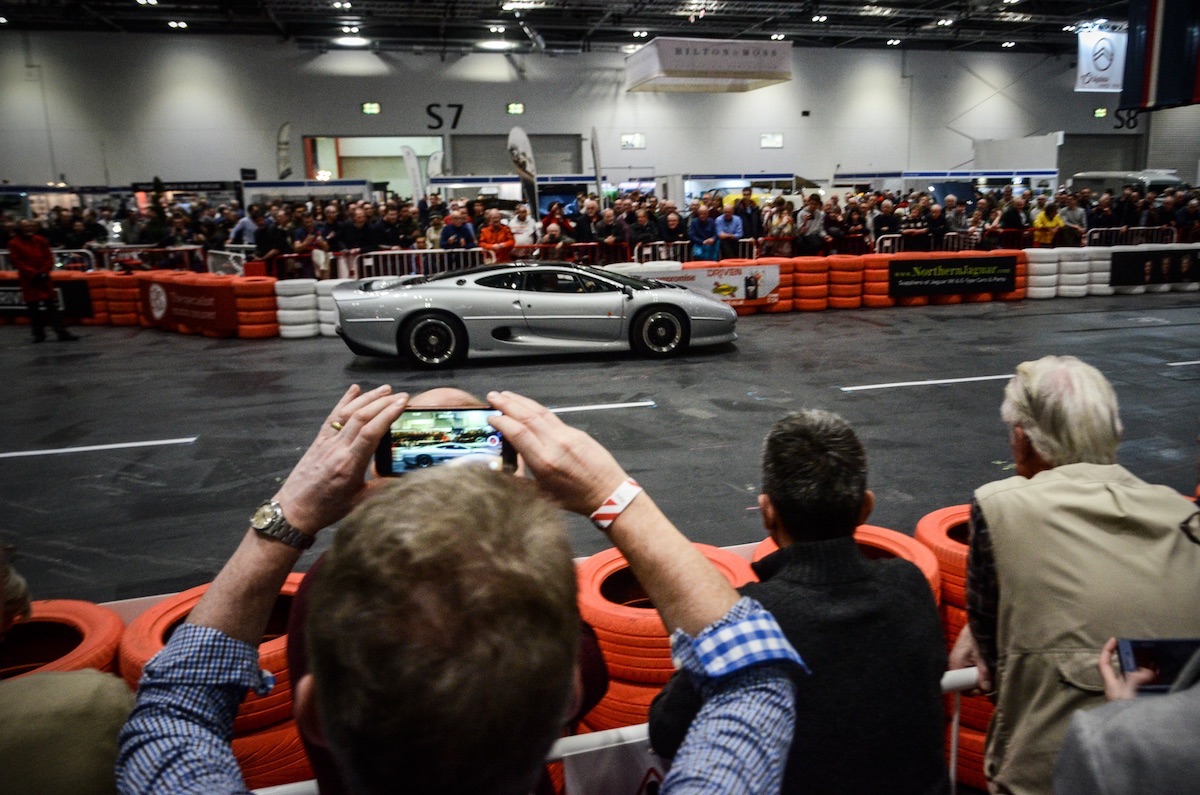 Unsurprisingly, the XJ220 was a hit among the English
© Domantas Mizeikis

If you are more into interwar restomods (I doubt this term even existed back then), there was a selection of aero-engine powered cars. Most notable vehicle was the Babs land speed record car. Propelled by a Liberty V12 engine, it was built by John Parry-Thomas to pursue speed records. Sadly, he was killed in a crash while making his attempt, and the car itself was buried on-site, in Pendine dunes in Wales. It would have stayed there if it wasn’t for a wealthy enthusiast who excavated the wreck in 1960 and painstakingly restored it to its former glory. Fortunately, now the car runs and even shoots flames, allowing the enthusiast to get a taste of interwar motoring 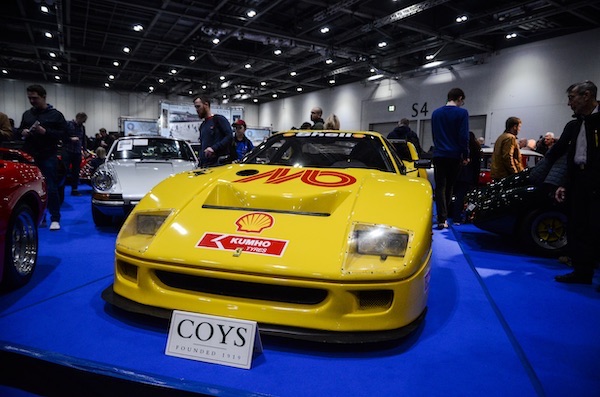 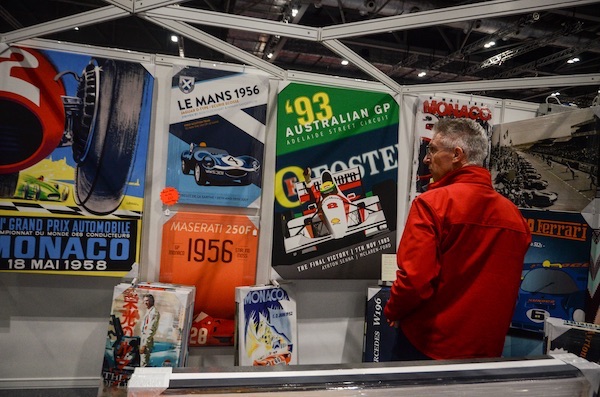 Ambitious projects by big automakers also got n a stage. Jaguar XJ220 was doing laps in front of a massive crowd in the middle of the exhibition hall. Coys of Kensington marked 100 years of their company and thus brought 100 cars like the Ferrari F40 LM. It was the meanest horse in the Maranello stable for a long time, utilizing the already brilliant F40 as a base. 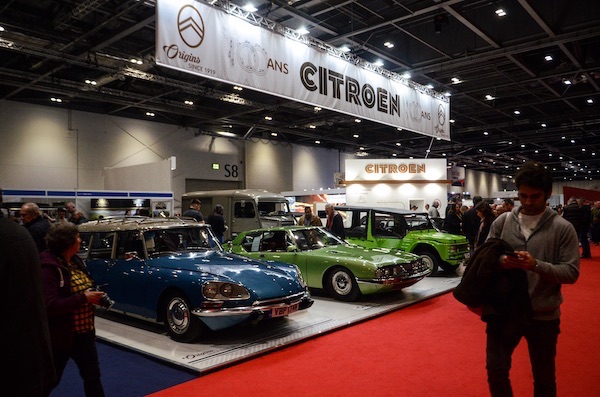 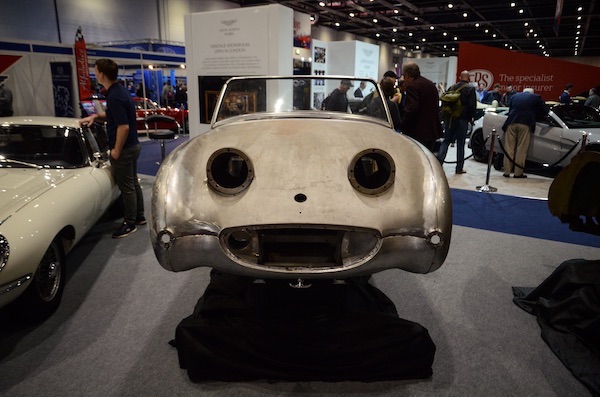 There are a lot of ambitious automotive designs, and not all of them come with digits in the price tag. Citroen is a manufacturer that brings innovation with every car they produce, and this year marks the 100th anniversary for them. To celebrate a century of French ambition, they brought a full spectrum of their classics, from the minimal 2CV to the lush SM. 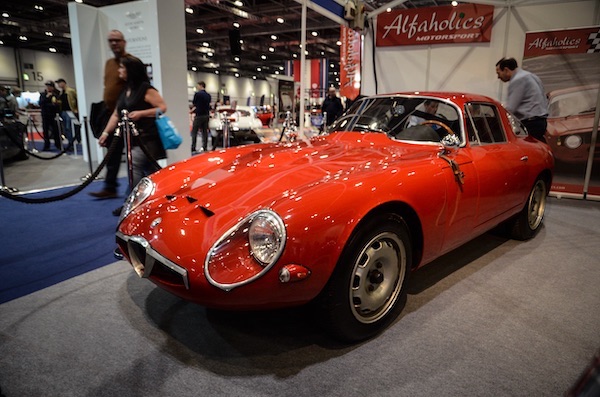 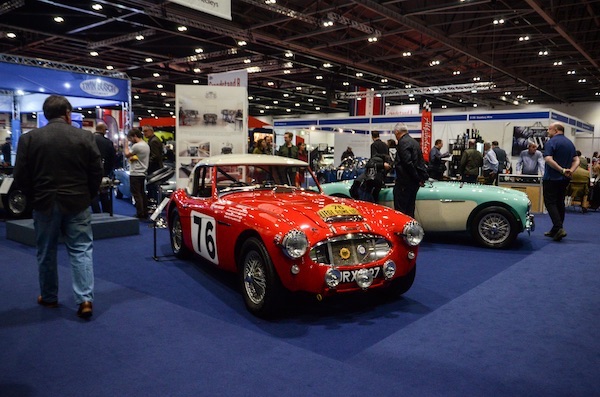 Brits are known for being conservative and reluctant when accepting novelties. I’d say that’s only true if the said novelties are gimmicky and trivial. In contrast, there is a real appreciation for all tinkering that can bring about more speed, comfort and usability. 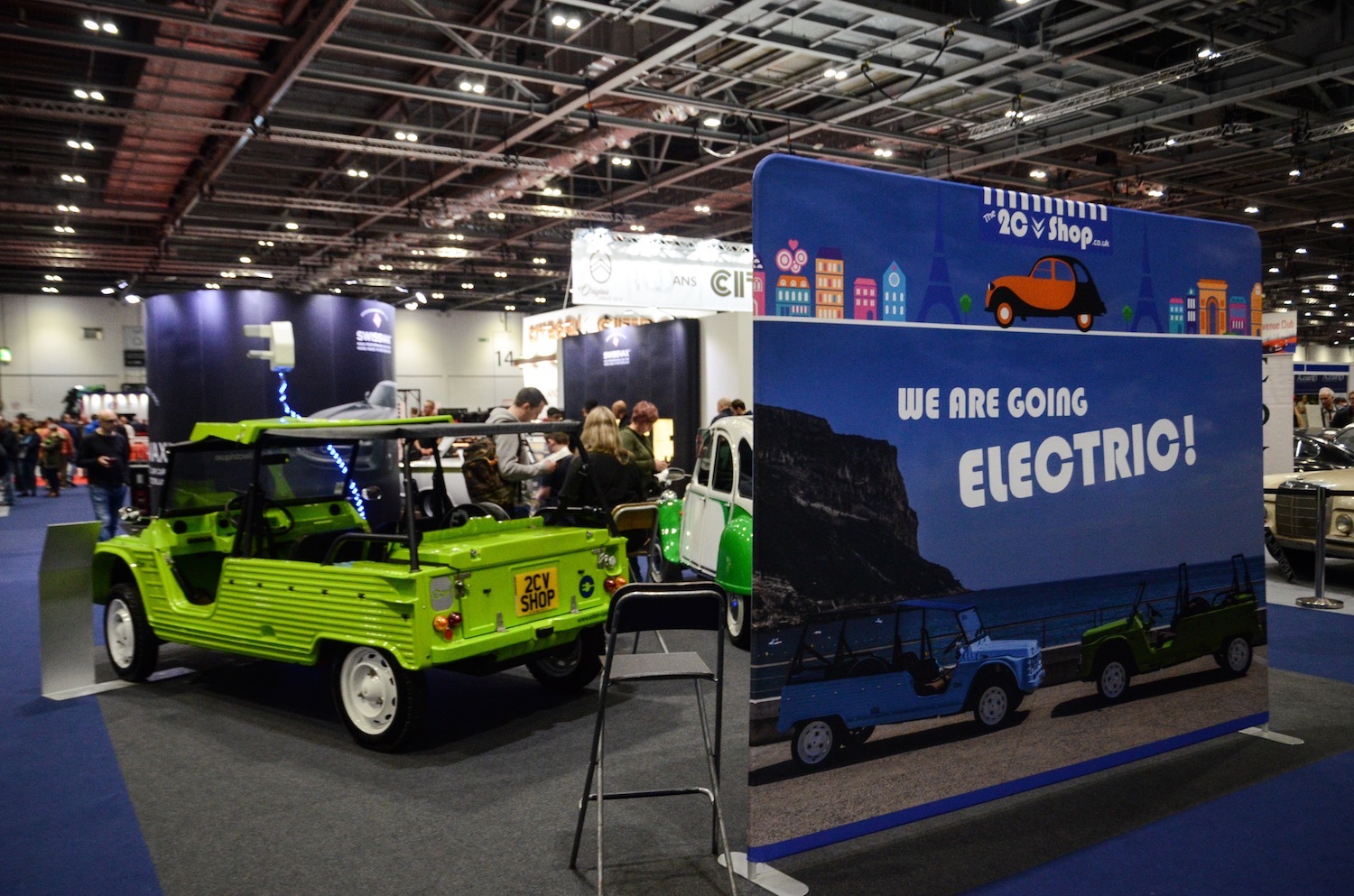 Electrification was a big trend in the show
© Domantas Mizeikis 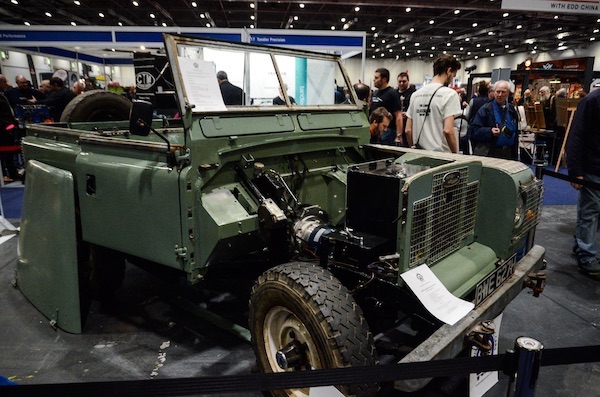 How about an electrified Landy for your farm?
© Domantas Mizeikis 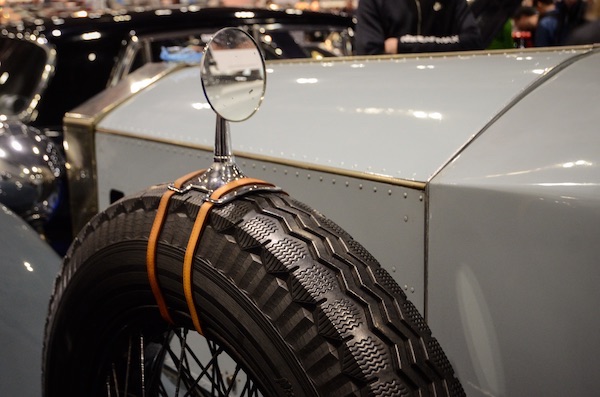 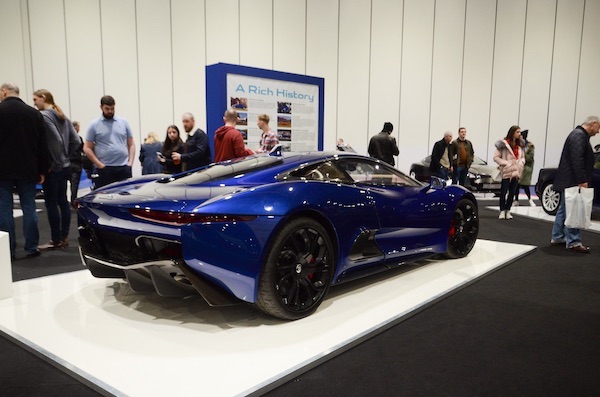 One of the few Jaguar C-X75 in existence
© Domantas Mizeikis 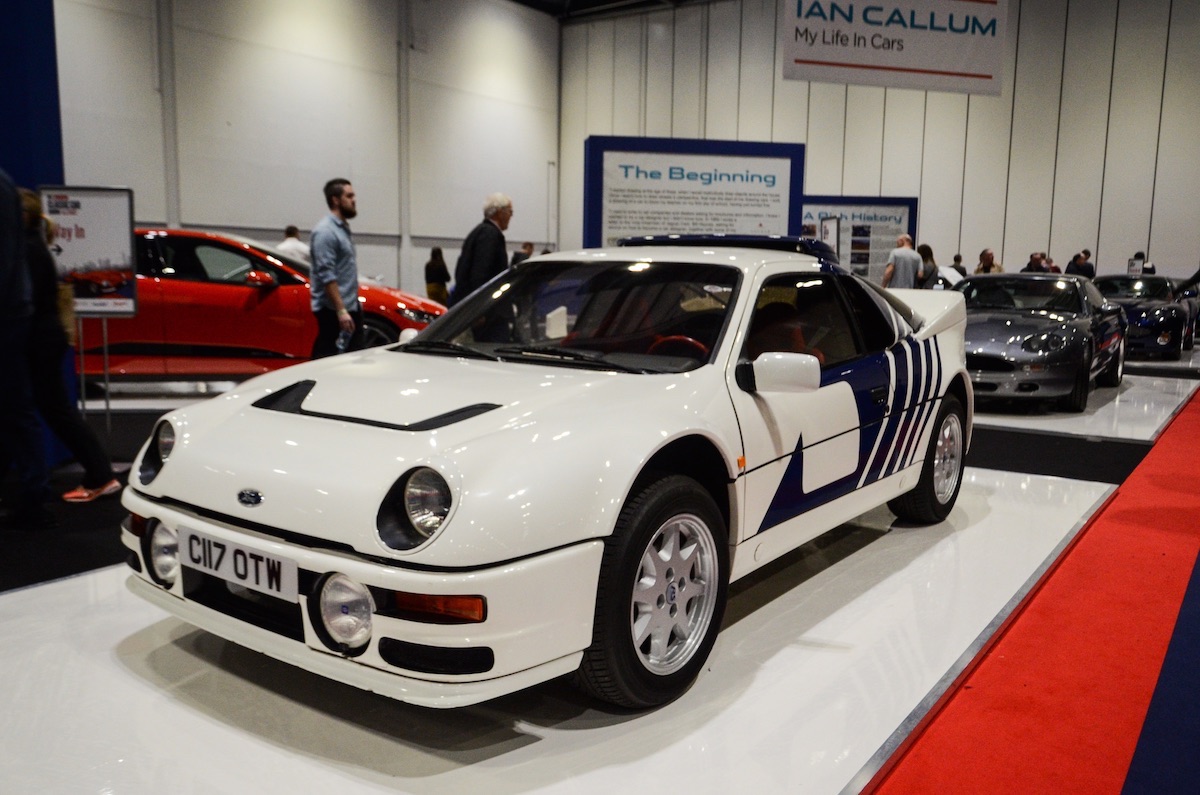