Mugen - Not Your Ordinary Car Tuner

Could you name at least five most known companies that tune cars? Too easy? Then let’s make this task a bit harder.

Name the most popular and most respected auto tuning business out there. Forget Brabus, ABT, RWB or any other brand, because they all fade out before Mugen - a company beloved by Honda and many enthusiasts from all around the world.

Spring of 1965. Hirotoshi Honda, who was a son of Honda brand’s founder, Soichiro Honda, finally finished his hard and exhausting studies at the University of Nihon. For Japanese people, diploma usually obliges to find a steady job, start a family and go with the flow. Hirotoshi Honda about this every day illusion remained skeptical.

This young man spent his whole life around cars. Every time he had a spare moment, he went to his father’s garage. Growing up surrounded by hammers, screwdrivers and other tools, Hirotoshi started to imagine how he builds his first full-fledged project Those thoughts eventually manifested to a circuit race car.

As for a guy that just finished his studies at the University, the success of his project built a strong foundation for Hirotoshi’s future. When he started the engine of his creation for the first time, he knew that he could construct motorsports cars and their components for the rest of his life. A real dream of auto enthusiasts, we would say.

When Hirotoshi Honda was looking for people with the same interests, he met Masao Kimura - one of the top-rated Japanese race car drivers who managed to snatch more than 50 victories with various vehicles. He also worked in Honda’s research and development department. Probably, there is no reason for telling you why Hirotoshi got interested in Masao talents. 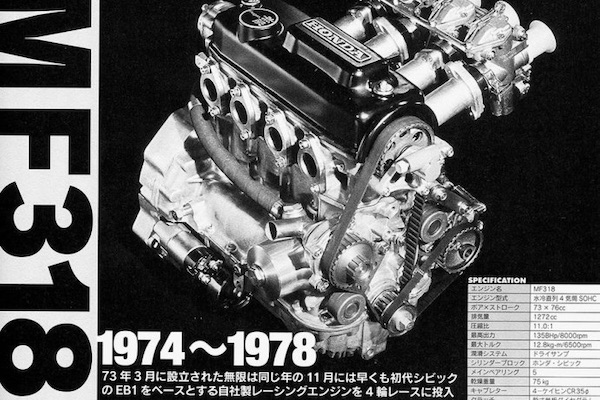 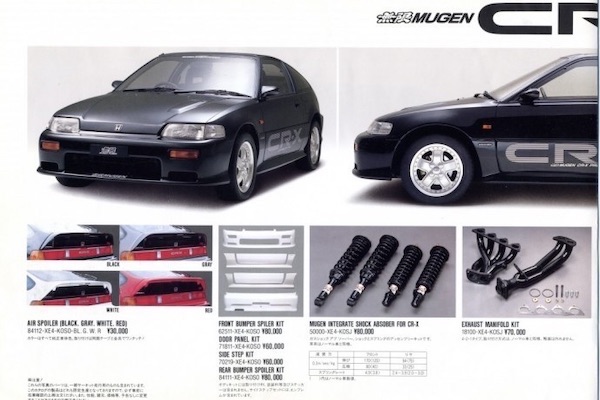 Name with a meaning

Hirotoshi Honda soon created his own company and gave it an unusual name that had a deeper meaning – Mugen or 無限. According to the founder, he chose this name because it has several meanings: no limits, infinite, immense, all of which describes the company’s goals and capabilities. In 1974, there were already few media mentions about a new, particularly powerful engine constructed by Mugen specialists.

Here’s how it started. One day, Hirotoshi Honda used his connections and brought a humble 1,2-liter, four-cylinder engine to his workshop. It was a tiny powerhouse with which a Honda Civic tried to reach 100 km/h speed. After tons of modifications, engineers increased its capacity to 1,3 liter, reaching 135 horsepower when 8000 revs/min and 126 Nm when 6500 revs/min. Light, compact and high RPM engine allowed to fit perfectly between Formula FJ1300 race cars. And guess what? The motorsports first-timer triumphed in the debut race.

Over the next decade, Mugen had grown from a tiny workshop to the world-class enterprise, catching the attention of motorsports players and drivers internationally. However, the ever-growing company quickly got attached to Honda and couldn’t go separate ways even if it wanted to. A close relationship with Toyota or Nissan would be taken as a cruel betrayal. 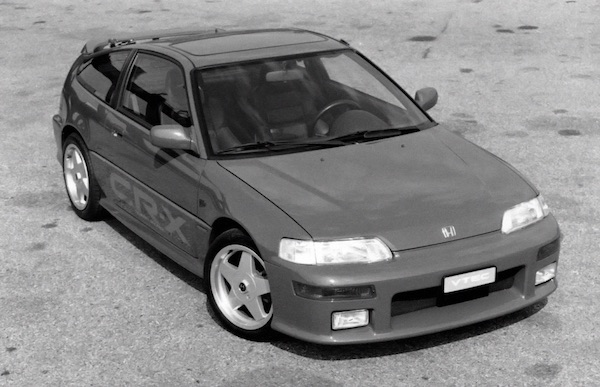 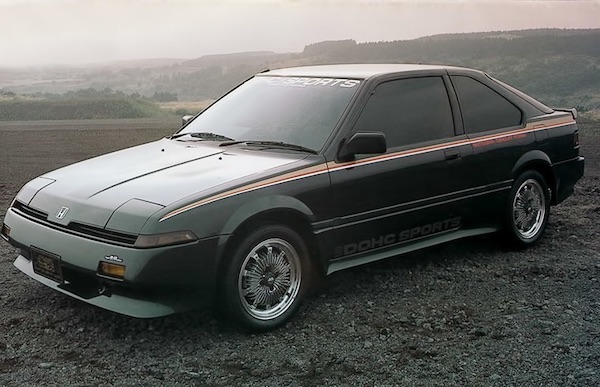 Victories on the racing track

Having seemingly unlimited resources, Honda took Mugen’s reputability to the whole new level. Mugen started to build race cars of various sizes and capacities and participated in motorsports events in the USA, Australia, and Europe.

Collecting trophies one after another, Mugen got itself an appetite for it. In 1986, the car tuner created petrol-based engines exceptionally for Formula 3000 participant’s race cars. At the time, 14 teams were using them. In fact, four out of five Formula 3000 race cars secured high positions using engines of Mugen specialists.

Naturally, the next step for Mugen was Formula 3000 European Championship where competition was way bigger. But did it scare the company’s employees? Not a chance. Using yet another engine built at Mugen’s workshop, that year Jean Alesi won the champion's title.

Realizing what a vast potential they have in Europe, Mugen decided to step into a complicated Formula 1 arena. That’s when the Japanese started going through a nervous and challenging period.

Between 1992 and 2000, Jordan-Mugen Honda team took four victories, one pole position and gave an opportunity for drivers to stand on a podium 16 times. 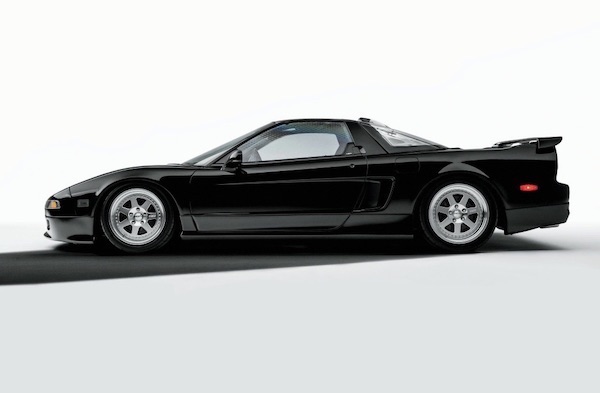 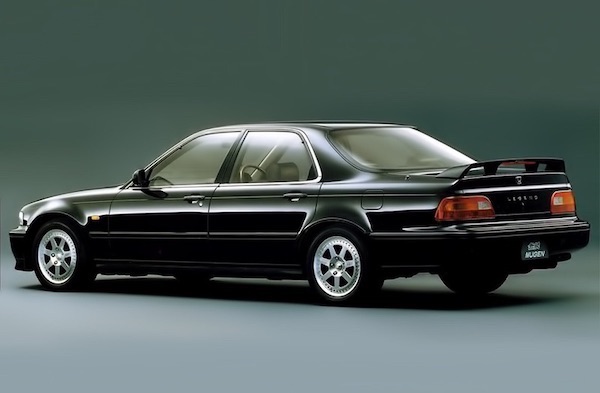 From a racing track to public roads

Most consider 1984 to be the most important year in Mugen’s history. Encouraged by Honda, the company officially entered the sector of lightweight road cars with Honda Ballade CRX.

This tiny and compact hatchback got bodywork components and some suspension elements made by Mugen specialists. These and other modifications gave this model significant handling advantages, especially while driving at high speed. 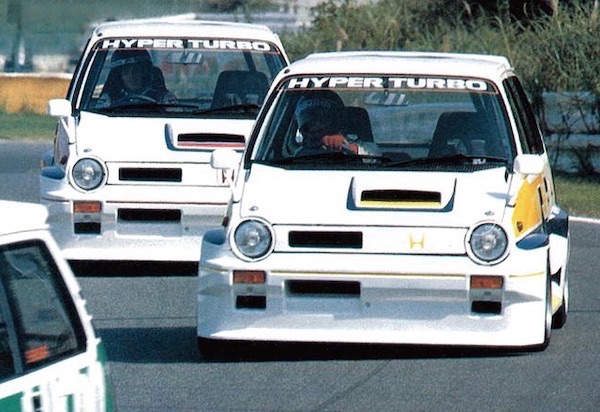 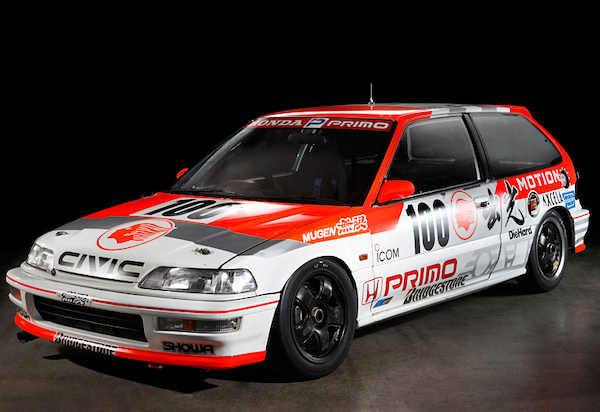 Mugen took part in perfecting some of Honda models. They offered various components for S2000, Del Sol, Accord, Civic and CR-Z models. Still, all of them are shy of Mugen NSX project.

It had to be lighter, sharper version of Honda NSX. Knowing very well how a modified version should look like, Mugen workers got rid of standard Honda bodywork parts and replaced them with analogs made from carbon fiber.

Next step - particularly light rims, Bridgestone Expedia S-01 tires that practically stick to the asphalt, stiff shock absorbers, thicker stabilizer and a system called Mugen Variable Suspension that could change the parameters of shock absorbers with a click of a button.

And, of course, the engine that reached 320 horsepower, which is 50hp more than the standard motor. Each detail, each minor element was replaced with a better one from Mugen workshop. It was an excellent alternative for Honda NSX. Sadly, the model didn’t reach even a limited production stage. That’s because Mugen quickly realized that the unique version of NSX would be a financial burden rather than a profitable project. 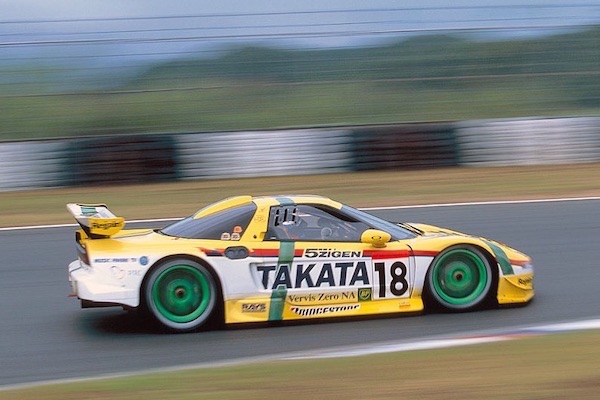 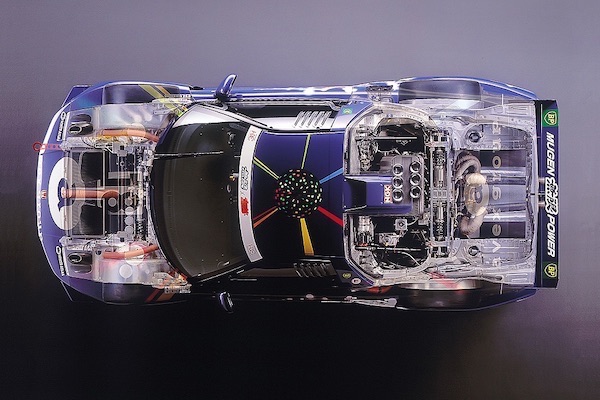 Went under the government's radar

In 2003, a profitable and productive establishment got a visit from Japanese tax authorities. The founder of Mugen was taken to the central Tokyo police station where he was accused of avoiding to pay 1 billion Yen in taxes.

Despite strong defense and Hirotoshi attempts to talk himself out of it, in 2007 Tokyo Supreme Court made its final decision - Hirotoshi Honda was found guilty, and the company had to pay 240 million Yen fine.

While Hirotoshi was going in and out of the court, just one year after he got arrested, his long-time partner declared a complete Mugen restructuration. Simply said, a new company was established that could continue using the Mugen brand - M-Tec. The company had the same employees who performed the same functions as before. A minor formality that in fact helped to safeguard the legacy that the Mugen employees left in terms of auto culture and motorsports arena.