Honda had been trying very hard to build a car that could compete with supercars and, at the same time, be affordable and reliable for everyday use. That is what Honda NSX became in 1989.

This is the second part of the article. Read Part I here.

Power is most important

In 1997 Honda presented one of the most important news - they increased the engine’s capacity from 3 liters to 3,2 liters. An improved exhaust collector and a lower car weight allowed to increase the engine’s power by 20 HP. As a result, NSX had 290 HP/216 kW, and torque increased to 305 Nm. However, only models with mechanical gearbox could boast of these improvements.

Another huge change was a mechanical 6-speed gearbox and a clutch with dual-mass. In order to compensate for the increased weight due to a new gearbox, some parts of bodywork were made out of aluminum alloy which was twice as strong. Because of all these changes, the car’s weight increased, although only by 10 kg compared to its predecessor. Finally, the vehicle got a keyless lock and immobilizer. 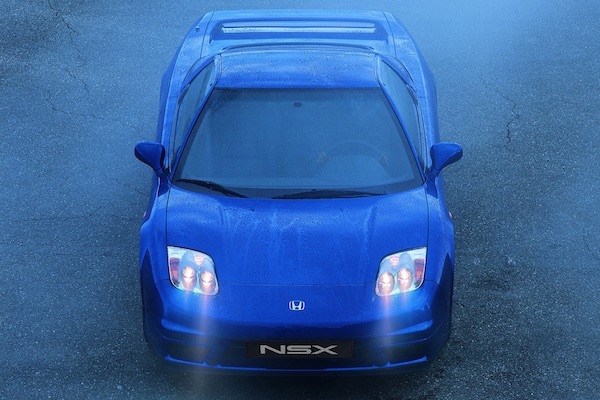 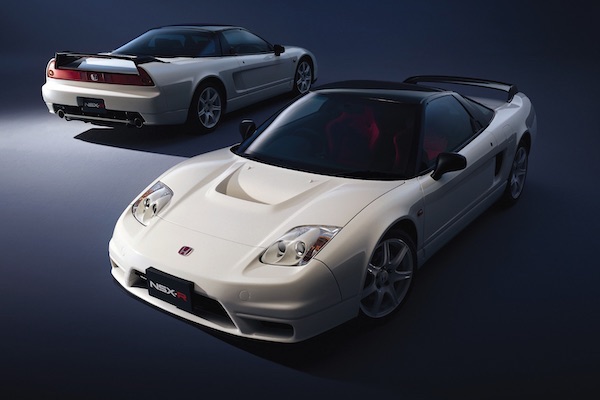 In 1997, Honda presented not only a more powerful engine but also two NSX versions for Japan’s market. NSX-S weighted 1320 kg, whilst NSX-S-Zero - 1270 kg. Both versions were released with the titanium gear shift lever, MOMO steering wheel, BBS rims, Recaro seats from carbon fiber and kevlar, and a roof of a different color. Besides, both versions had stiffer chassis than a standard NSX.

S-Zero version was made for circuit racing. This model did not have any comfort elements like the speed control system, sound system, central lock, climate control, fog lights, navigation system and even such things as safety pillows, handling control or power steering. When building the model, Honda had cut the weight whenever possible. That is, they built a new, lighter battery and made the glass between the engine and cabin thinner so that the car would be lighter. After all the efforts, S-Zero was 50 kg lighter than NSX-S. 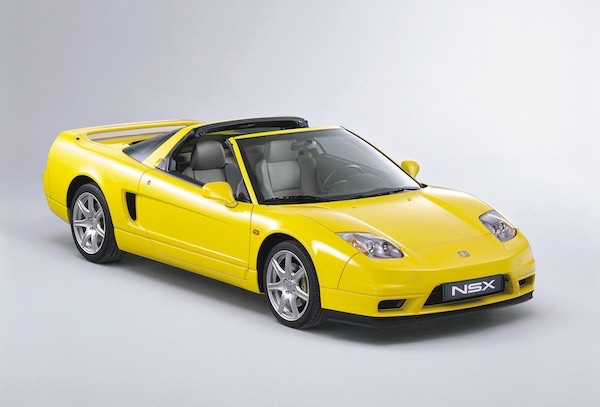 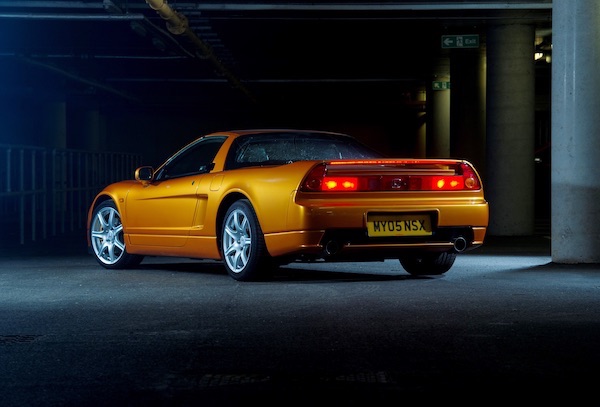 Even though the NSX-S and NSX-S-Zero were not available in the US market, it got Alex Zanardi Edition named in honor of Alex Zanardi, Honda/Acura racer, who took the victory for the company. In total, Honda made 51 models of Alex Zanardi Edition, and all of them were painted in Formula Red color. Basically, this version matched the Japanese NSX-S. However, the car’s steering wheel was on the left side, and the cabin was covered in black leather with red lining. Also, every model had an aluminum disc with Acura logo on it, as well as A. Zanardi’s signature and serial number.

A version marked 0 was called a press car that traveled from expo to expo, whereas Alex Zanardi’s model was marked with the number 1. By the way, people speculate that this car has never got an American body number (VIN). Later, Honda modified it by implementing manual accelerator, brakes, and gearbox, that way adapting the car for Alex Zanardi who lost his legs during the accident. 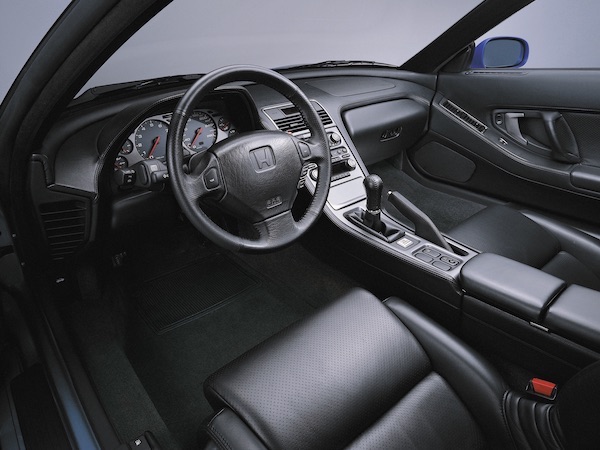 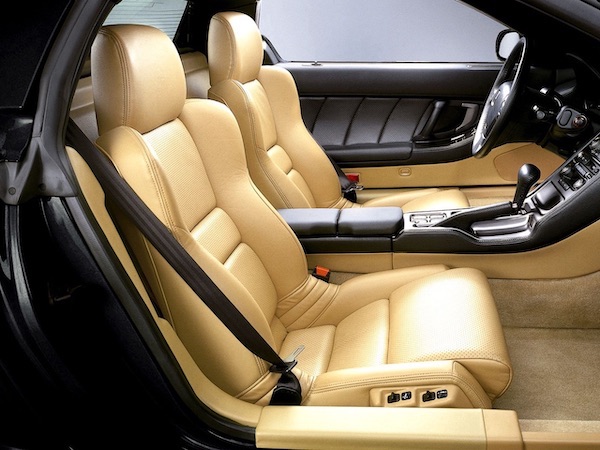 In 2001 Honda released a renewed NSX version so it would be more similar to its competition. Honda replaced pop-up headlamps with xenon, improved the chassis, also the rear axle got wider tires and two exhaust pipes became dual. The overall design increased the body’s aerodynamics, allowing to reach 201 km/h faster by 0,2 seconds, with the max speed reaching 282 km/h.

In 2002, Japan’s market got a renewed NSX-R version. The main goal was the reduction of weight, thus the manufacturer used a lot of carbon fiber. It was also used for rear spoiler and hood. Besides, Honda used the same technique - removed the sound system, sound insulation, air conditioner and even power steering. As a result, the car weighed 100 kg less. 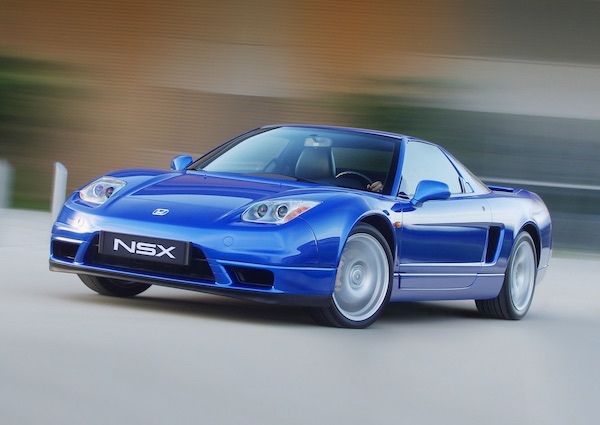 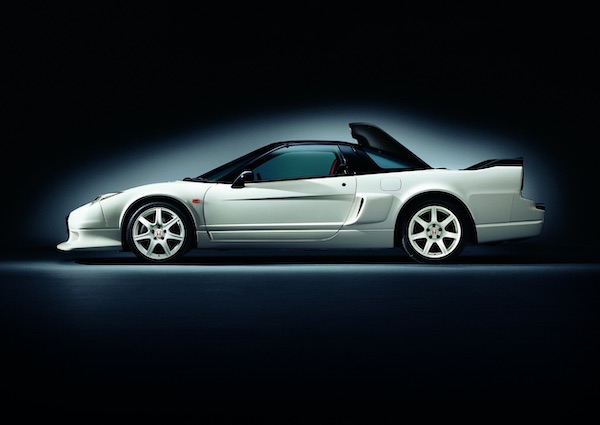 The engine also did not go unnoticed. However, even though Honda assured that the engine’s power did not change and remained the same - 290 HP - the press have speculated for a long time that the real power is higher.

They also received some criticism. The accelerator was notably more sensitive. Because the car had a very firm chassis, it was not comfortable to drive at low speed or on the bumpy road. It also did not have a power steering, thus most concluded that this particular NSX-R version is hard to handle.

The price depends on mileage 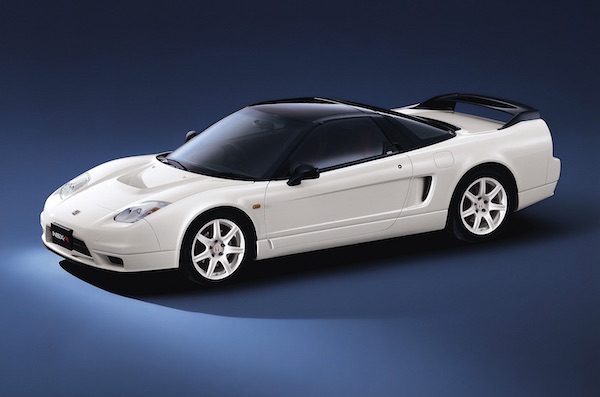 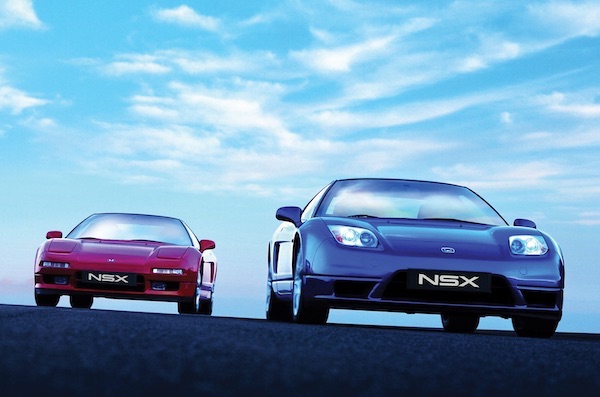