Vector M12 – Doomed From The Start

Most car makers say that if the original idea dies before attempting to fulfill it, it is better to put it in the trash. It seems like this is what Vector M12 creators should have done all along.

Think. Every dreamer would want to open a supercar company that would build creations capable of competing with the Titans: Ferrari, Maserati, Porsche, or Lamborghini. But how do you achieve it without any experience in the business or the help of partners?

Vector is a long-gone company that was at its peak even before the collapse of the Berlin Wall. In truth, the first company’s concept model was presented in 1972, in a sunny Los Angeles Motorshow. Later, after a year, the car also appeared on the cover of a prestige Motor Trend journal. Everyone was impressed by the futuristic ideas and the executives’ desire to outmatch industry leaders. Of course, at the time, the car’s price was also surprisingly high - 10,000 US dollars. For comparison, back then for 12,000 US dollars, you could buy Rolls-Royce Silver Shadow that was considered an aristocracy’s vehicle. Impressive, isn’t it?

After a memorable debut, the Vector’s name has made the media headlines again only after a few years, in 1976. Then, the company’s representatives showcased a driving prototype that had to go to serial production. Unfortunately, Vector’s plans collapsed like a house of cards.

In 1977 it became clear that Lee Brown, the auto design guru whose ideas got the most attention, was leaving Vector. After this unpleasant break-up, Vector (or Vehicle Design Force, to be exact) was renamed to Vector Automotive. 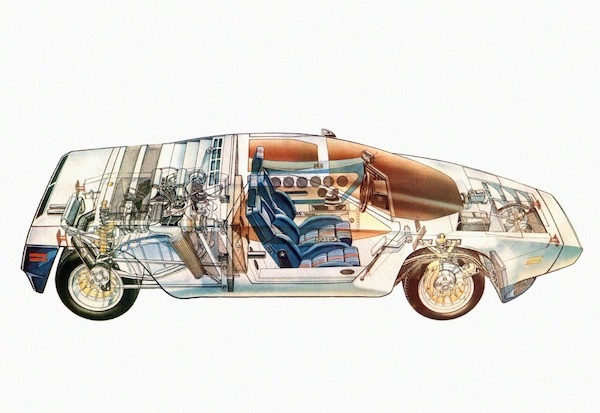 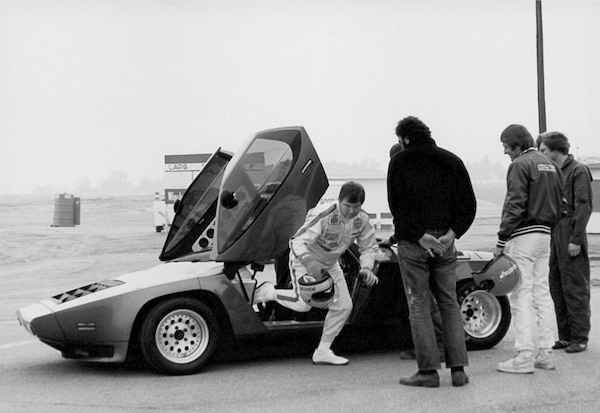 In 1978, Vector went into a center of attention again after showing the concept of Vector W2. The futuristic forms remained, yet this time, W2 used an American 5,7-liter, an eight-cylinder engine of 600 HP and 800 Nm torque. The company’s reps assured that that car was able to reach the maximum speed of 389 km/h. Incredible? It surely is. However, these claims seemed made-up as the vehicle presented in the motor show could not even move without the help of Vector employees.

Many doubted the legitimacy of Vector’s creations even after the company introduced a fully functional model in 1979. Every single outlet was testing it out. Even the Top Gear team got a chance to tackle with it, although they were warned not to try and reach the W2’s max speed which theoretically was 370 km/h. 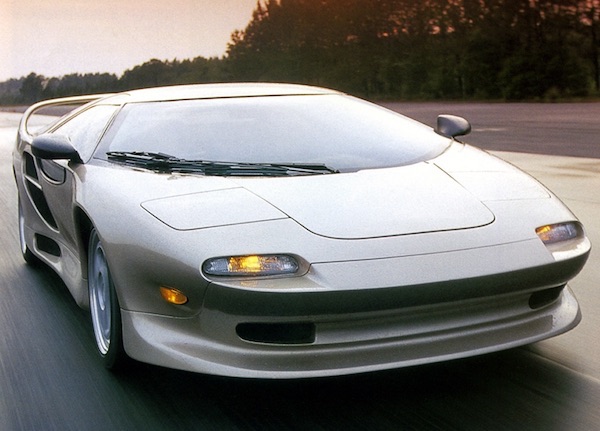 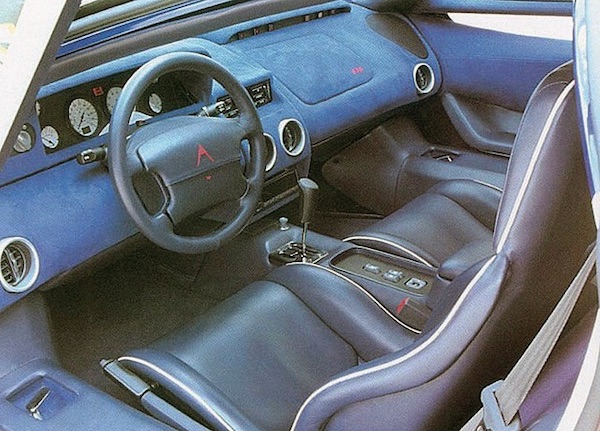 In the early 80s, Gerald Wiegert tried to find like-minded people as hard as he could. He scouted for those willing to invest their money and time into a very ambitious manufacturer. There were more than one or two potential candidates. Ironically, all of them decided to turn their backs to Vector Automotive. However, one day, a light at the end of the tunnel started to shine. Gerald Wiegert sued the famous tire brand Goodyear for using Vector name on one of its products. And it worked - Gerald managed to get a few million to his bank account, although it was not enough to start at least partial serial production.

Various issues had ended in the late 80s when Gerad Wiegert managed to attract 14 million dollar investment. As a result, the company grew to 150 specialists and a large factory in the south of Los Angeles. And finally, in the late 90s Vector presented its first model ready for serial production - W8. 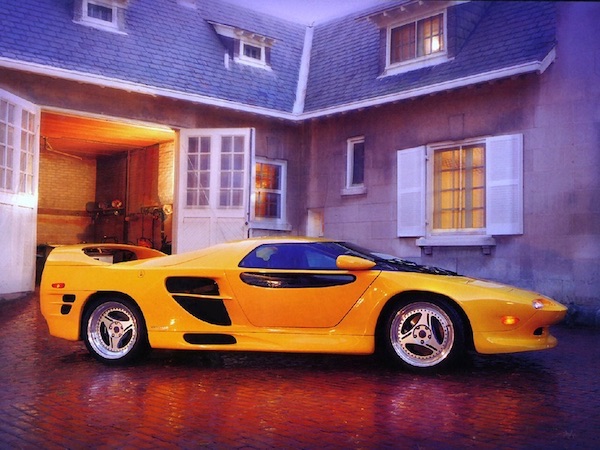 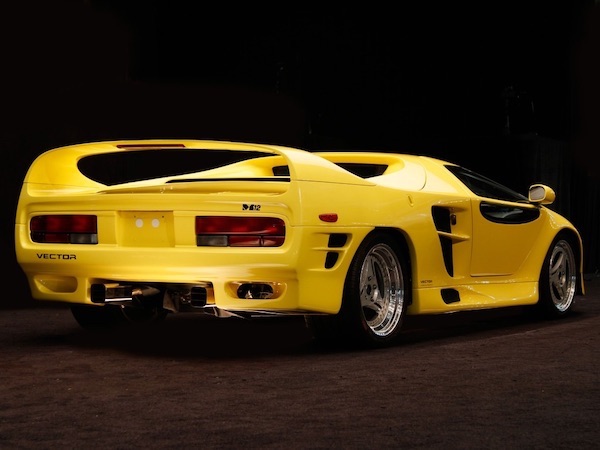 Under the eye-catching looks, there was a high caliber charge. The car had 6-liter, eight-cylinder engine that, frankly, didn’t differ much from those used in drag racing. If we took a closer look at it, we would notice forged pistons, a brand new crankshaft, stainless steel crank rod, and custom-made inserts. Equipped with a couple of Garrett turbines, the engine could reach 625 HP.

Impressive looks and incredible dynamics fascinated even the most famous Hollywood stars. Moreover, they stood in lines just to buy the exciting Vector W8, even the prince of Saudi Arabia and media magnates. Still, if we were to name the most famous Vector W8 buyer, it would be Andre Agassi - a tennis star. He was one of those people who wrote a check for 400,000 US dollars without even trying out the car. However, when he got a chance to drive it on the streets of Los Angeles, he then went back to the Vector workshop and demanded his money back. 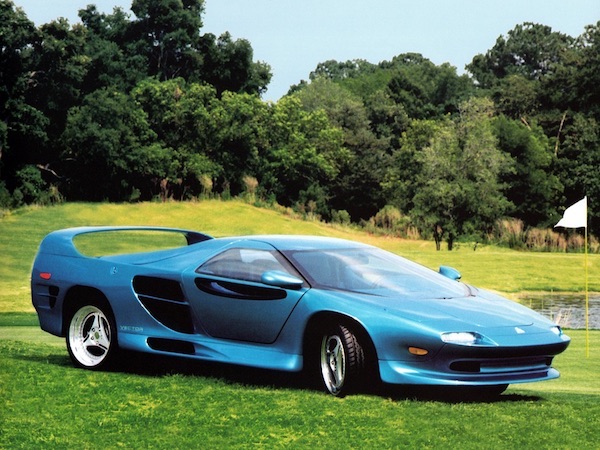 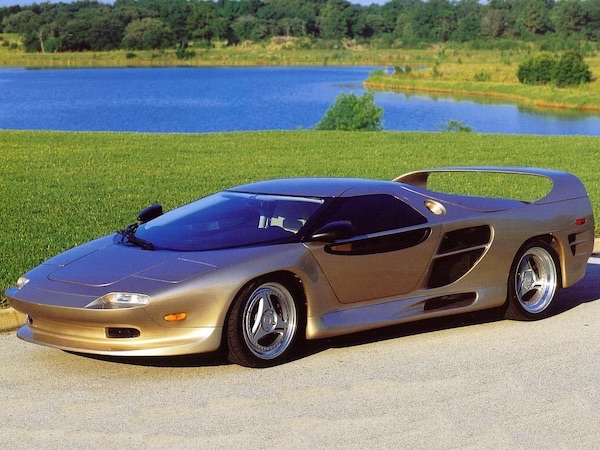 In the early 10s, Vector Automotive got the attention of wealthy investors from Megatech, the company that specialized in the IT sector. It is the same company that took Lamborghini under its wing, also the one that was desperately striving to become a significant player in the auto industry. Trying to fix Gerald’s mistakes of handling the company (even though he claims that Megatech tried to take control of the whole operation), Megatech hired Peter Stevens. He was instructed to create a more advanced, affordable, a bit overweight version of a supercar. 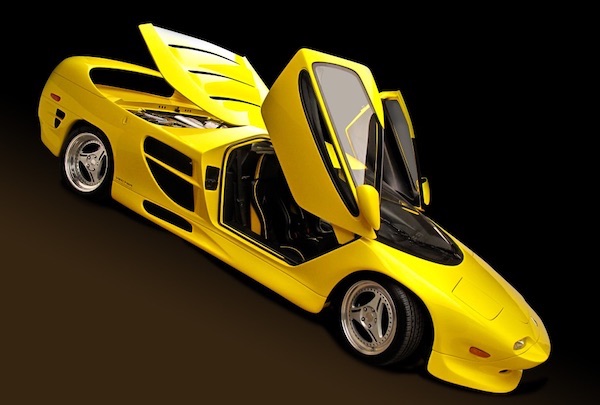 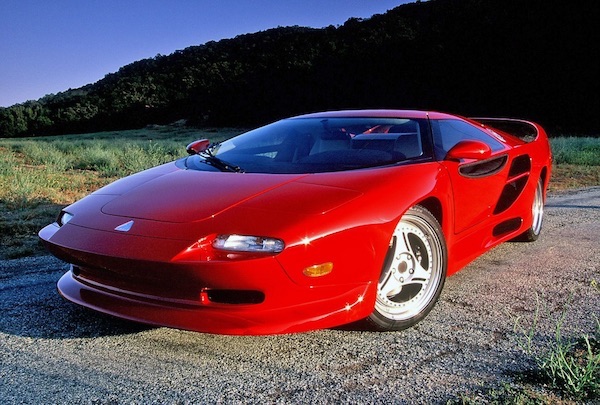 Under sleek lines of bodywork hid a V form, twelve-cylinder aggregate created by Lamborghini specialists. It was 5,7-liter, 500 HP, 576 Mn torque engine. It was enough to reach 100 km/h in around 5 seconds, with the max speed being 304 km/h. Theoretically.

According to the initial plan, there had to be at least 100 units of this model in various countries. However, just like before, this ambitious plan burned like a piece of paper. Vector managed to make only 14 models. Finally, in 1999, the company went back to the hands of Gerald Wiegert, and that was the time to close Vector Automotive for good.