De Soto was not Your Average Average Brand

In 1920s Chrysler corporation realized there is too much of a gap between their budget Plymouth offerings and top-tier Chrysler brand. There needed to be a middle ground for a buyer that could not afford a Chrysler but would not accept being seen in a Plymouth. And that is how De Soto came about. The brand was seemingly destined for a lifetime of mediocrity, yet some of its models are worthy of a place in collectors’ garages.

De Soto nameplate debuted in 1928, and it had a great start – in its first year it sold a record-breaking 81,000 cars. Even though the sales were great, there were still a couple of minor issues with the brand. Its name came from a Spanish explorer, the first European to cross the Mississippi, so its models received faux Spanish names like the Coche, which literally translates as “Car”, or Faeton, a Spanish way to write Phaeton. Still, the questionable naming convention (which was soon abandoned) was the lesser of the obstacles the newly formed marque was facing. In 1928, Chrysler acquired Dodge, which was selling cars in the same price bracket as De Soto, leading to some internal competition. In order to survive, it was crucial for De Soto brand to differentiate itself from the competitors. 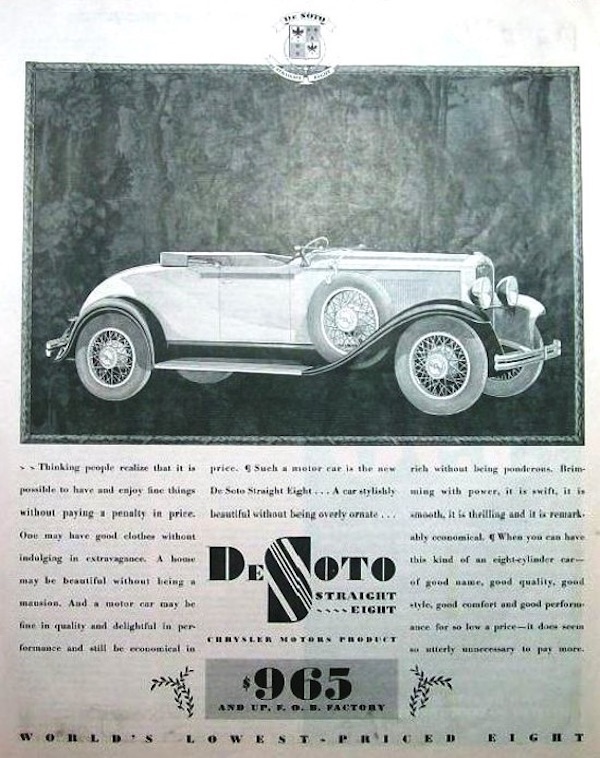 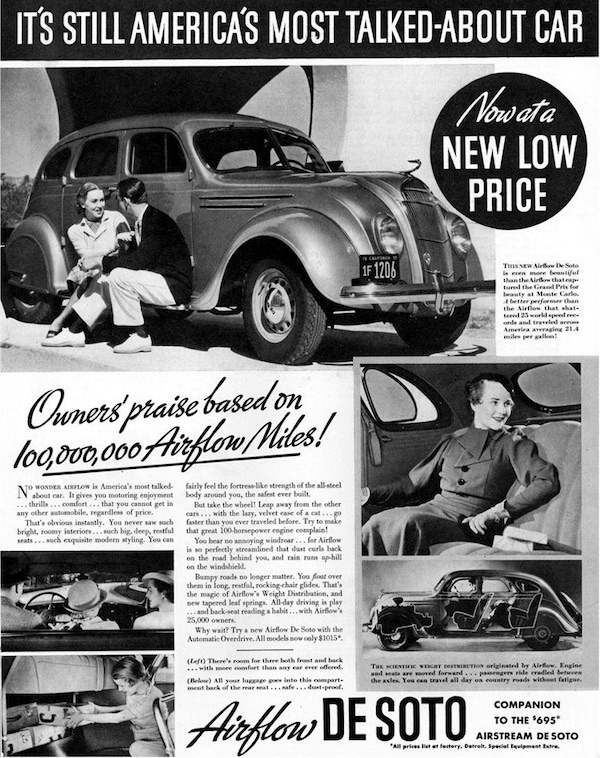 It did so by offering premium features at an affordable price point. The first great example of that was 1930 De Soto Eight. As the name suggests, it was equipped with an eight cylinder engine, in an in-line configuration. What set it apart was the price tag – at $965 it was the cheapest 8 cylinder car on sale. 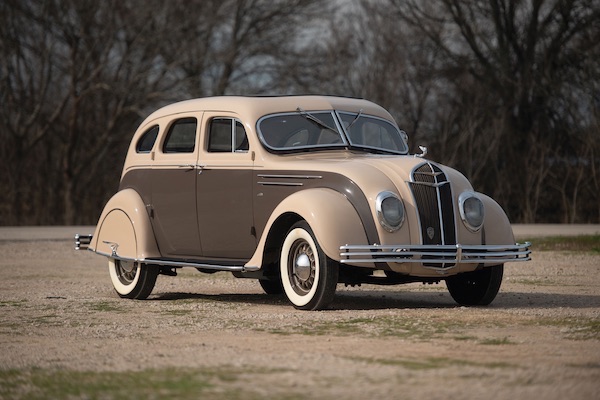 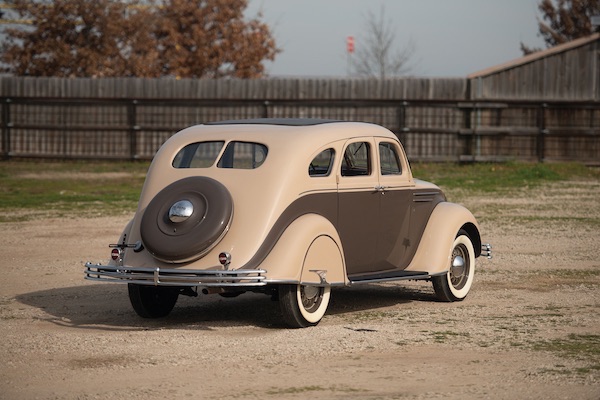 At times, this affordable innovation came in a form of trickled-down ideas from the flagship Chrysler brand. In 1934, Chrysler released their groundbreaking Airflow which was engineered to be as slippery as possible. Slightly cheaper and smaller De Soto Airflow boasted the same streamlined shapes and covered up headlights as its big brother. De Soto Airflow’s virtues were not only skin deep – under the aerodynamic body it had independent front suspension and some clever packaging solutions with the engine moved forward, allowing more space for the passengers. 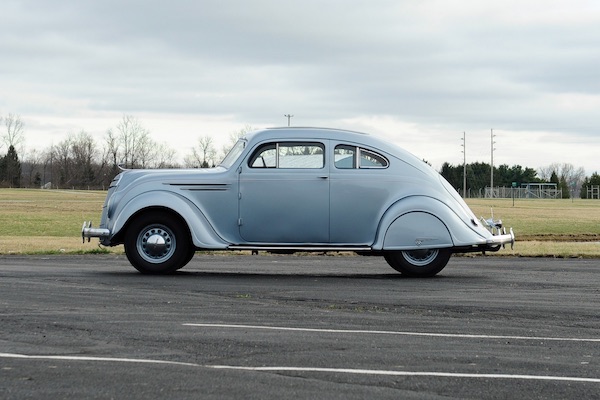 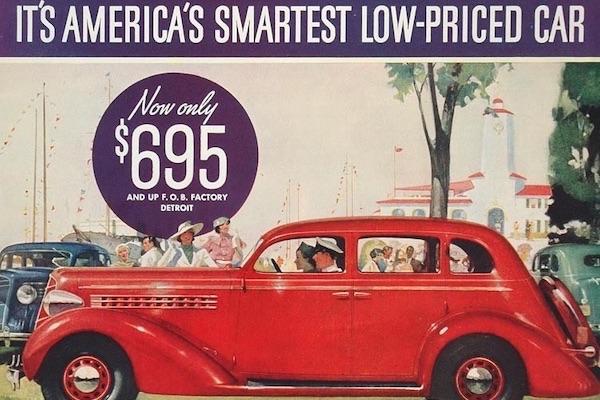 Unfortunately, the American public was not ready for such innovation and the Airflow was a sales flop. Next year, Chrysler released a more conservatively styled Airstream, which proved to be much more popular with the buyers.

That is not to say that De Soto shied away from innovations. It was still an important way of differentiating itself in the crowded American car market. In 1942 they introduced the very distinctive Airfoil headlights, hidden behind sliding covers. The advertising slogan read “Out of Sight Except at Night!”, making the De Soto the first mass market car to have the feature, previously only available on luxurious 810/812 Cords. 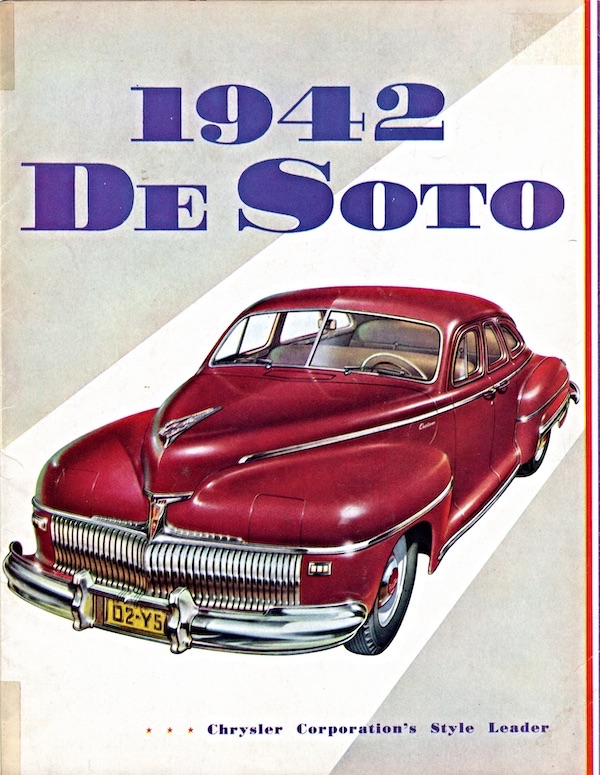 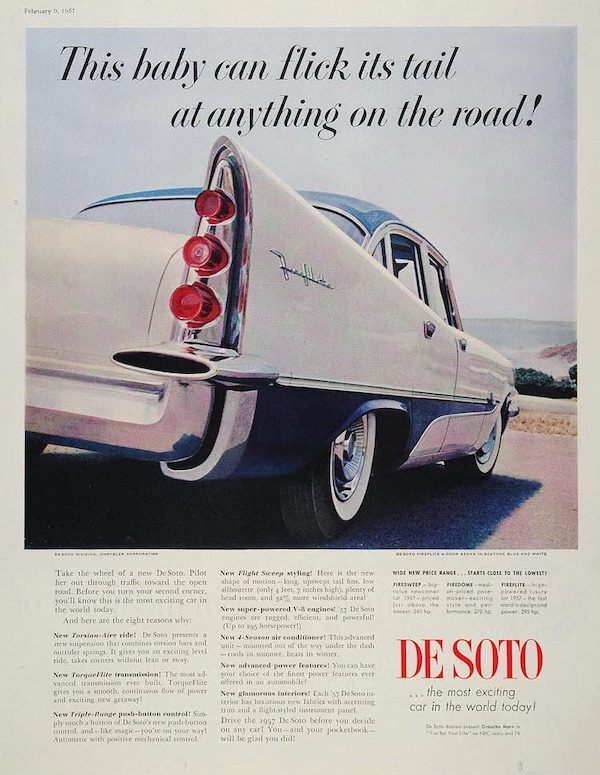 By 1943, the USA was heavily involved in World War II efforts, and De Soto factories were repurposed to produce military airplanes. In 1946 the car production was renewed, making the pre-war models, only without the fancy Airfoil headlights. Consequently, the distinctive Airfoil De Soto were made for a brief period in time, making them sought after among the collectors today. 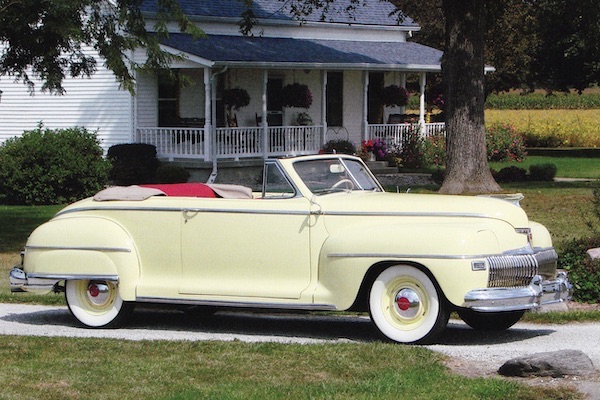 Airfoil headlights were a feature only for 1942
© Wheelsage.org, Chrysler Co. 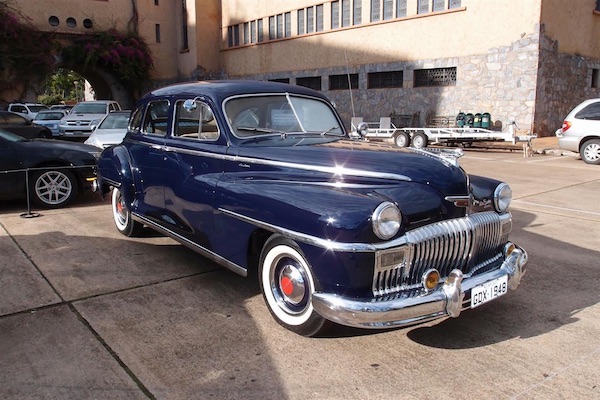 It was not until 1952 when De Soto introduced a new range of models. The flagship car was dubbed Firedome, and once more received handed-down tech from Chrysler, this time in the form of its iconic Hemi V8. Back then the V8 was imaginatively named Firepower, also explaining the name origins of the De Soto model. Another gift the De Soto received from their mother Chrysler brand was their designer – Virgil Exner. Exner styled the aerospace inspired fins that were so en vogue in the 1950s. Not only this look defined Chrysler cars of the era – other manufacturers gladly imitated it as well. 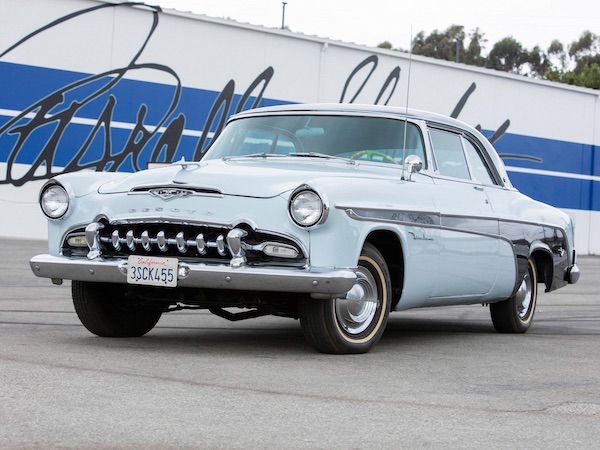 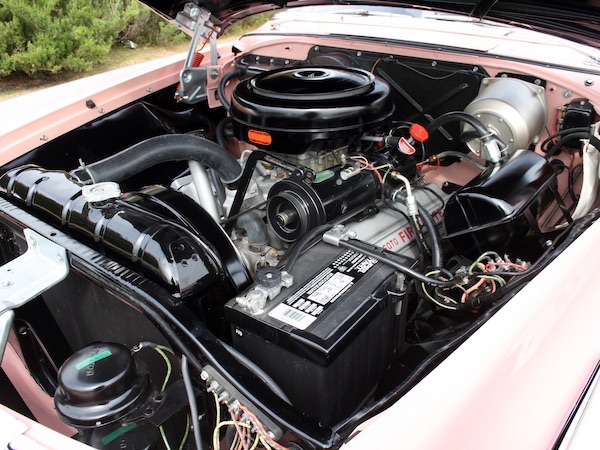 In 1955 Firedome the hemi V8 was called Firepower
© Wheelsage.org

With the engines and styling handed down from Chrysler, it was once again difficult for De Soto to define its uniqueness and find its niche. By then, their prices were on par with lower-spec Chryslers and the American public did not want to pay the same price and get a lower grade badge. Things turned even worse when the 1958 recession hit and the sales plummeted. It eventually led to Chrysler axing De Soto in 1961. 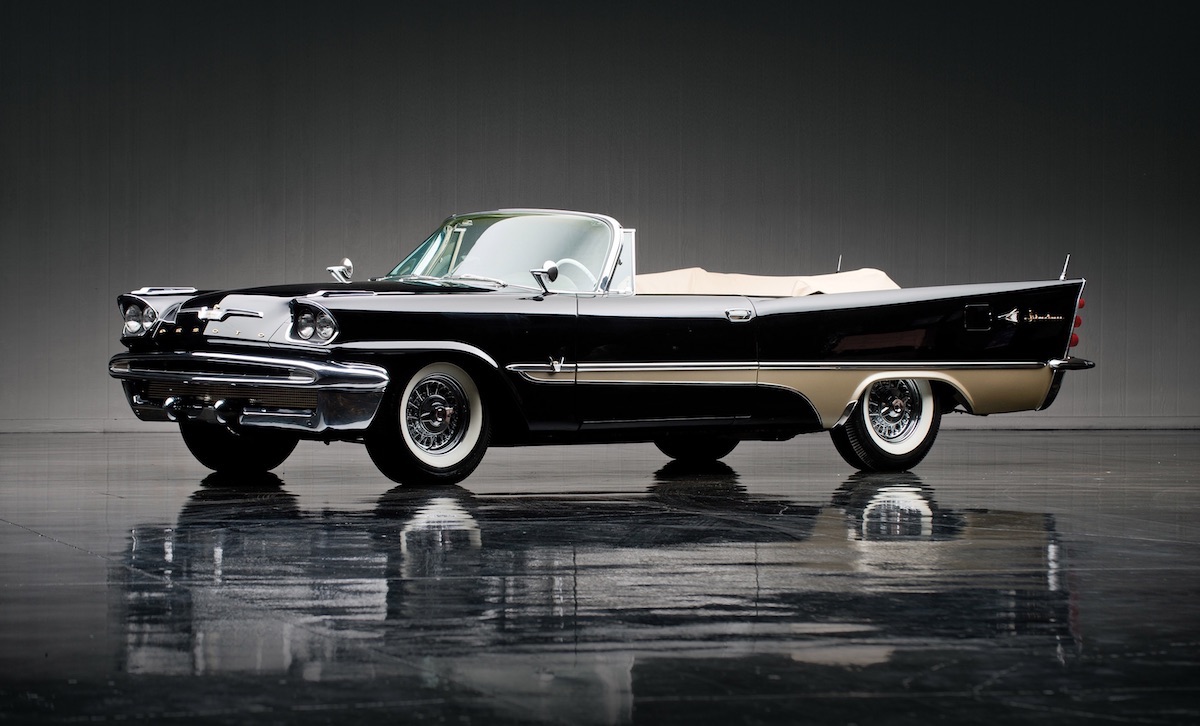 1957 De Soto Adventurer was one of the last models the company produced
© Wheelsage.org

It may be easy to discard the De Soto brand as a marketing gimmick and forget it in the side notes of automotive history. Yet, the marque has produced some genuinely interesting models over the years, developing a unique identity. Something that can really strike a chord with the right classic car connoisseur.