L'Epee is a company that has recently crafted a watch too odd for a casual taste. At SIHH expo, hand-in-hand with MB&F, they presented the fruits of their collaboration. During the Baselworld, the so-called Medusa clock was revealed - Time fast D8. From the outside, it looks like a vintage toy race car. But in reality, the L'Epee creation is a 38-centimetre long table clock with a mechanism put in the driver's seat.

Over many years, the company released a variety of timepieces, but everyone wants to have this particular one. An 8-day hand-wound movement powers the watch. Instead of a driver, there is a helmeted enclosure for the clock's balance. The time is set by rotating the steering wheel, whereas the mechanism is powered by pulling the car backwards, just like a wind-up toy! The body is a mix of palladium along with stainless steel, and the engine parts are made from aluminium. 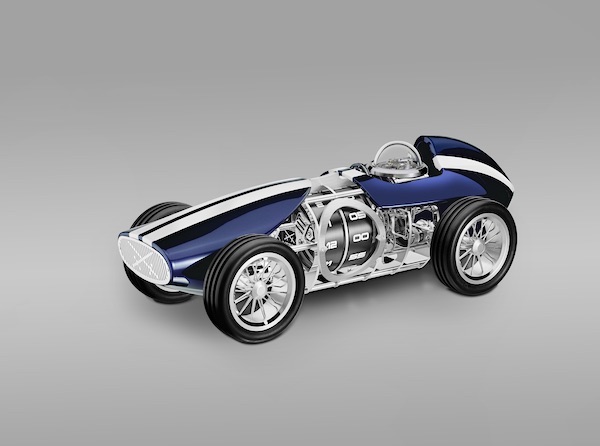 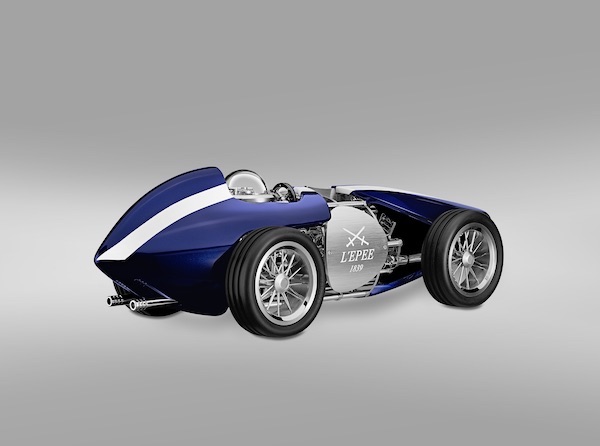 There are six different versions: red, blue, green, grey and white with a different graphic combination. All the car's colours and design represent famous historic racing cars. There will be 100 units made for each colour. 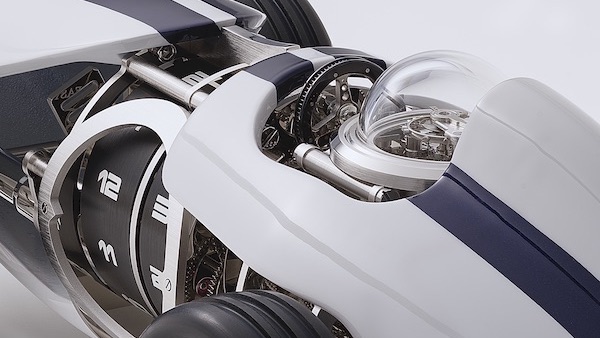 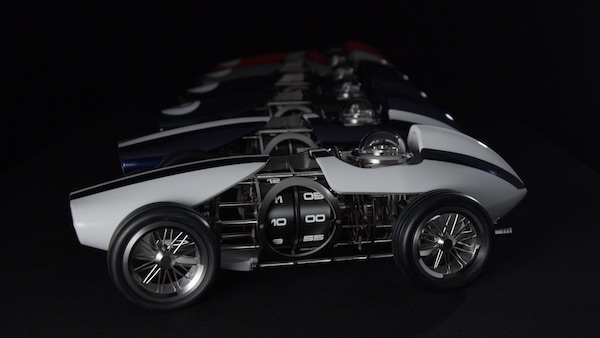 Its shape strongly refers to the futurist forms of early post-war race cars from Ferrari, Talbot-Lago, and Maserati. The grey one associated with Germany, while the white one gives American vibes. L'Epee attention to detail is spectacular - Time Fast D8 has a crested front grille, dual exhaust pipes, and rubber tires that are filled with foam. It allows them to compress in a similar fashion as it would in a full-size car.

Probably no one would argue that this creation perfectly combines sculpturing, watchmaking and motorsport. A body that reminds of golden racing age and attractive design where a mechanism naturally merges with the rest of it - something I would definitely put on my desk. Besides, if you would put several clocks running next to each other, the L'Epée 1855 MHD movement that runs at 2.5 Hz sounds like a small version of turned on, idle engine. And it surely adds more charm to the piece. 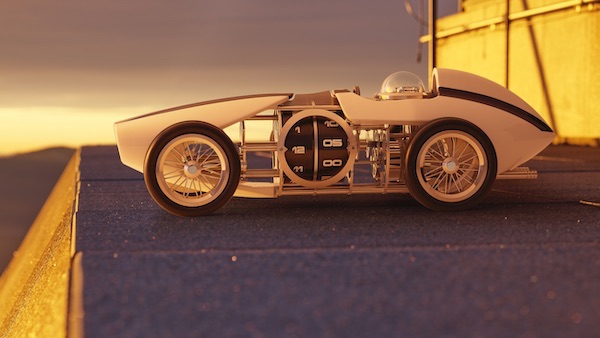 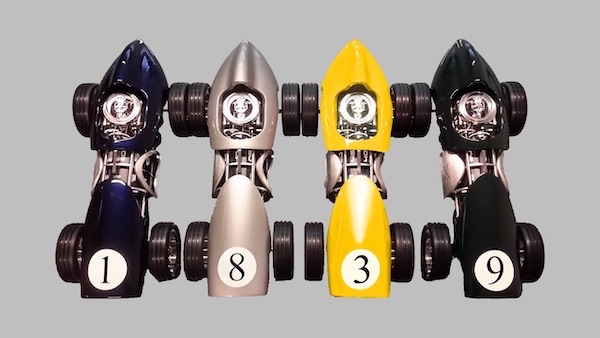 Time Fast D8 costs around $30,000. It's not a watch, it's not a toy car, but it's something in-between. Beautiful, fascinating, somewhat reminds of a childhood - Time Fast D8 is undoubtedly one of my favourite products.