Talbot Lago 150C SS definitely ticks off all of the supercar boxes: it has outrageous styling, performance to match it and a very limited run of production. These days it is looked back on as one of the prime examples of car design from Art Deco era.

You are strongly advised to pay good attention to the images of the car before proceeding further with this text. Art Deco design is characterized by smooth streamlined shapes with emphasis on modern technology. It was a luxurious design philosophy, a reaction to the austerity measures imposed after WWI. All of it is reflected on the body of T-150C SS, sculpted by Parisian coachbuilders Figoni & Falasci. They believed the shape of a teardrop to be the most aerodynamically perfect, and it is clearly seen on the car. The press was swift to name this car ‘Goutte d’Eau’, water drop in French. The car has virtually no straight lines in its design, and is finished off with subtle use of chrome. 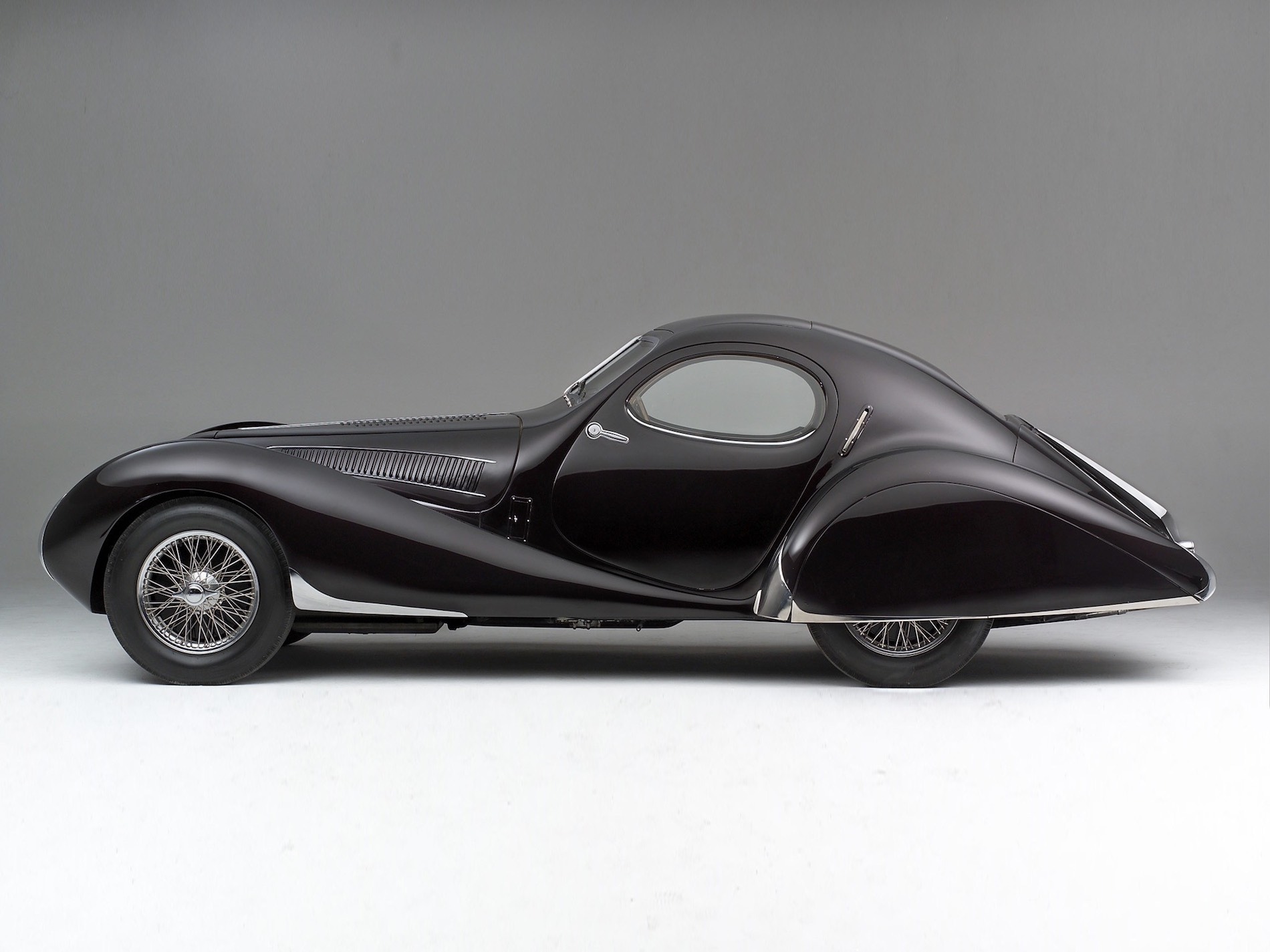 Talbot was a car manufacturer, which built cars in England and France. Antonio Lago, Italian-British businessman bought the company‘s French branch in the 1930, when Talbot was struggling after the great depression. Antonio Lago had rich experience in engineering, mostly aeronautical, and he set out to make Talbot-Lago a successful racing brand.

Thus, Talbot Lago T-150C SS were capable of more than just looking good. They have won the 1937 French Grand Prix and came in 3rd in 1938 24 hours of Le Mans. Talbot-Lagos were favored by racing drivers because they utilized unique Wilkinson pre-selector 4 speed gearboxes. These gearboxes allowed drivers to select a gear before approaching a corner, and then just press and depress the clutch in order to engage it. This might not seem impressive today, but it was considerably quicker than double-clutching in other race cars of the day with unsynchronized gearboxes. 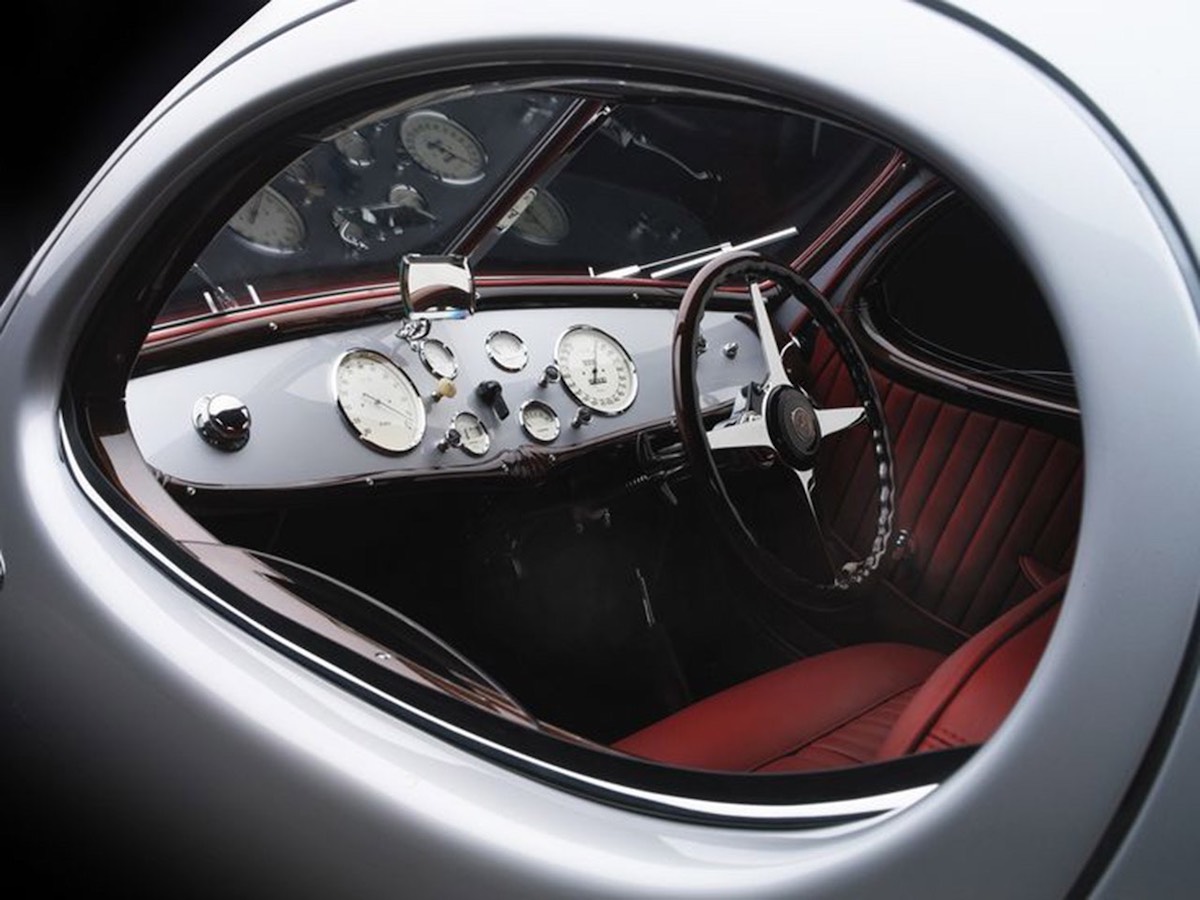 The speed of these Art Deco marvels was not limited to race tracks either. Aerodynamic body and capable 4.0-liter straight six hemi engine, producing 140 hp, made it a great grand-tourer. One of the ‘Goutte d’Eaus’ was famously driven by Freddy McEvoy from Paris to Nice in less than 9 hours 45 minutes. That is more than 900 kilometers, including twisty Alpine roads, as highways did not exist back then. The race started as a bet of driving the distance in less than 10 hours for 10,000 dollars (roughly 170,000 dollars in 2017). Not only did McEvoy win the money, but he also made Talbot Lago synonymous with speed and reliability.

The same car that raced against the clock from Paris to Nice, has been awarded the Best of the Best award in Peninsula Classics concourse in 2016. This achievement is not insignificant, as the jury contained such experts as car collector and celebrity Jay Leno, Gordon Murray from McLaren, Jaguar designer Ian Callum and fashion mogul Ralph Lauren. They all agreed that it might even be the most beautiful car ever built.

Only 14 of T-150C SSs were produced, each of which had been built to meet the needs of the customer. For instance, the car sold to Princess Sita Devi of Kapurthala featured covered front fenders. She was also known for repainting the car to match her outfits. Another Talbot Lago customer, Duke Philippe de Massa, ordered his with extra set of headlights, cooling vents and quickly accessible fuel filler cap to suit his racing needs. 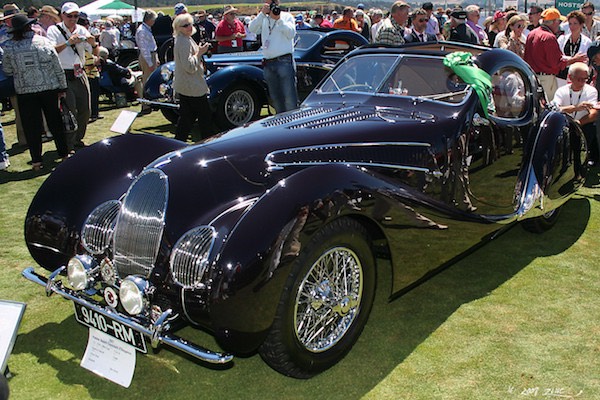 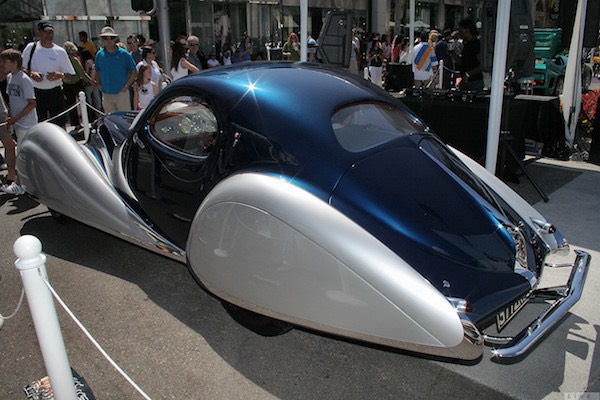 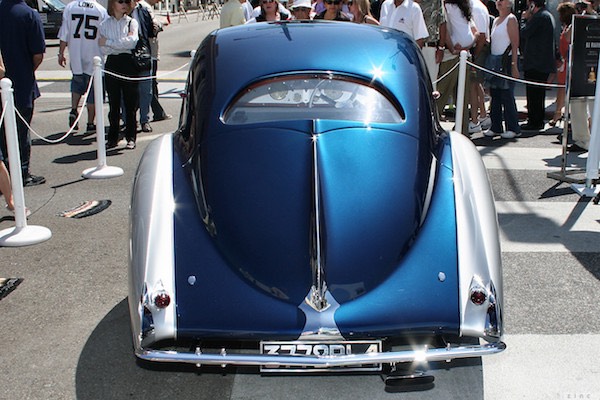 Unsurprisingly, with a car this rare, the chances of seeing one in flesh are quite slim. Luckily, at least two of them are available to public in museums. Mullin automotive museum in Oxnard, South California hosts the car that was raced from Paris to Nice, while another ‘Goutte d’Eau’ can be seen in Louwman Museum in The Hague in Holland.