Audi RS2 Avant: A Family Car by the Imagination of Porsche Engineers

The ancestor of all sporty, fast, bustling and aggressive-looking Audi station wagons. Practical, comfortable and weather resistant. All these epithets describe one of Audi's best models, the RS2 Avant.

It was a limited edition model designed exclusively for car enthusiasts. It became the first model in the RS family to mark the next step in the sporty Audi models.

The Audi RS2 Avant was an absolutely different fast car. Perhaps the most striking feature is the body type, which at the time had no relation to sportiness whatsoever. Then the most coveted vehicles were made with the body type of coupé, sedan, convertible or hatchback. Meanwhile, the station wagon, at that time, was suitable for carrying the family and their belongings.

However, the project authors wanted the future model to be comfortable, spacious and equipped with a permanent four-wheel drive. In short, it was supposed to be a sports car for all occasions.

When Audi set a goal for itself, a delegation of engineers went to Porsche headquarters in Stuttgart. People who are probably the best at understanding the concept of a sports car. 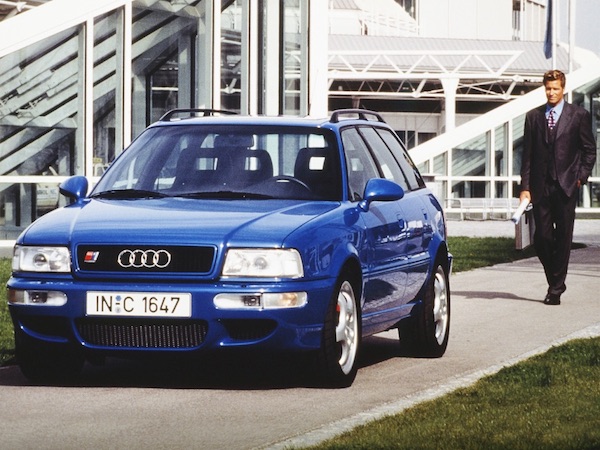 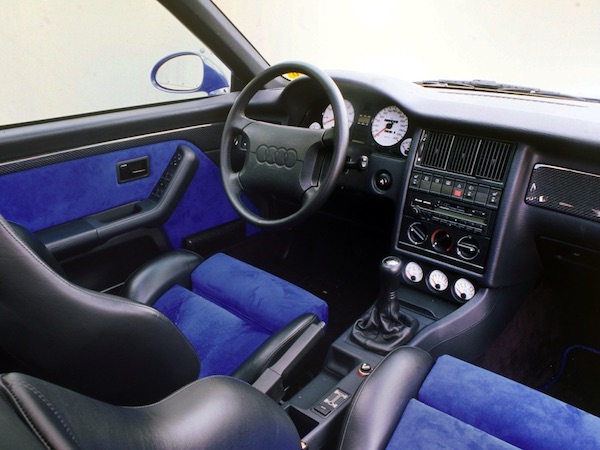 Was made in two places

Fulfilling the wishes of other manufacturers has always been one of the directions of Porsche. The Mercedes-Benz 500E, the Renault Clio V6, the first-generation SEAT Ibiza and even the Lada 2109 were developed in collaboration with Porsche specialists.

After Porsche agreed on how the company can help its colleagues from Audi, it was time for a major car project. The dealership decided that the car's body structure will be produced at the Audi factory. Then, a huge selection of parts will go to the Porsche factory, where the Porsche 959 and Mercedes-Benz 500E will be assembled. Here, the sports car manufacturer's employees will carry out assembly work. 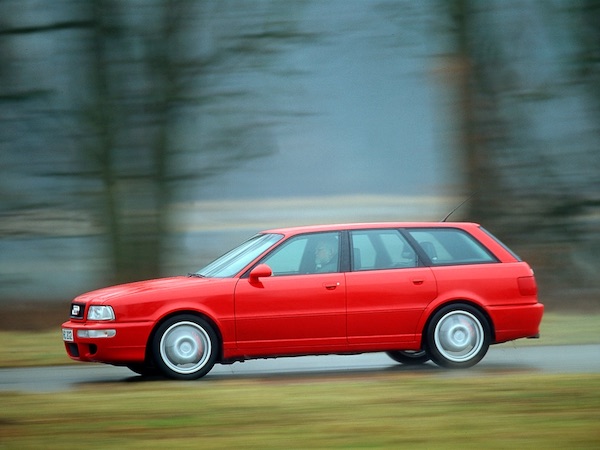 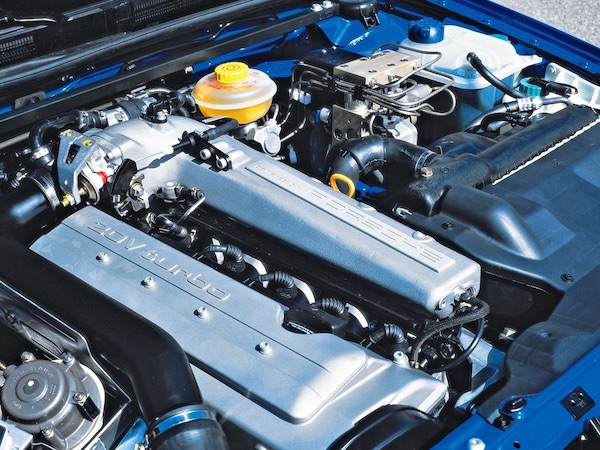 Porsche technicians have also committed to some significant engine modifications. For example, the standard KKK turbine has been replaced by a much more efficient analogue. It comes with a much larger intercooler, more efficient nozzles, and a specially designed camshaft for this engine. Porsche also replaced all brake and suspension system components. Porsche even fitted the wheels and side mirrors of the Porsche 911 as they helped save weight and improve the car's aerodynamic properties. Finally, the list of modifications was completed by the Bosch engine management computer, which included the engine management software developed by Porsche specialists.

The result of these and other modifications was staggering. The front-mounted 5-cylinder, 2.2-litre petrol engine developed 315 HP and 410 Nm of torque. It was paired with a 6-speed manual gearbox and permanent four-wheel drive, which was better known to all Audi fans by the name Quattro. 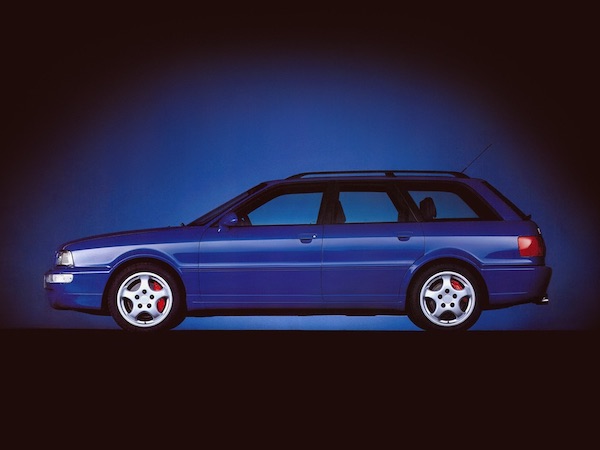 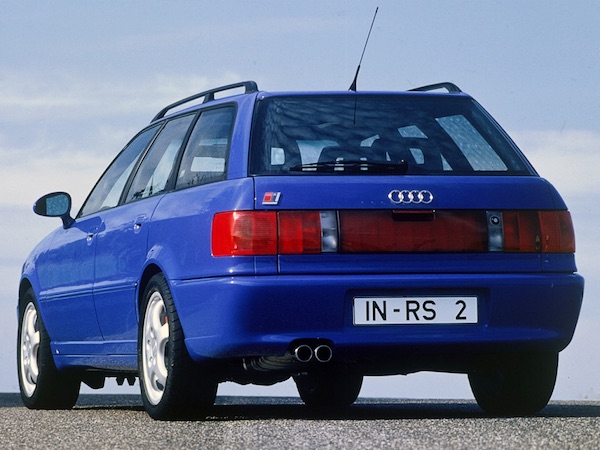 The Audi RS2 Avant became the epitome of the then Quattro division. However, while the RS2 Avant was only visible in drawings and designer sketches, Audi S2 was made for fans of fast Audi cars.

Like the RS2 Avant, the S2 was designed on the basis of the then produced Audi 80. The only difference is that the Audi S2 was initially made only with the coupé body type, but later the station wagon and sedan version started to wear S2 badge as well. The production of the latter was extremely low - just 306 units. 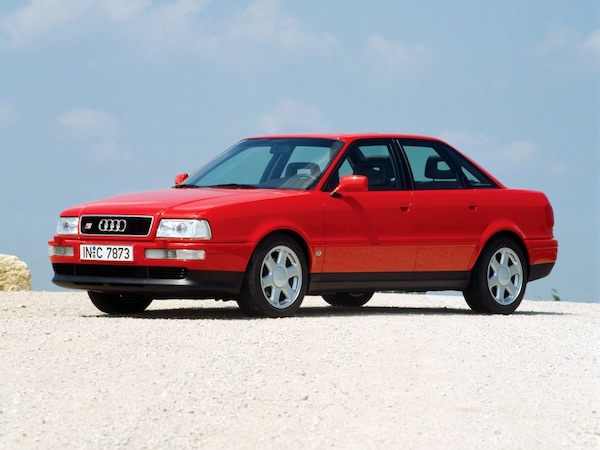 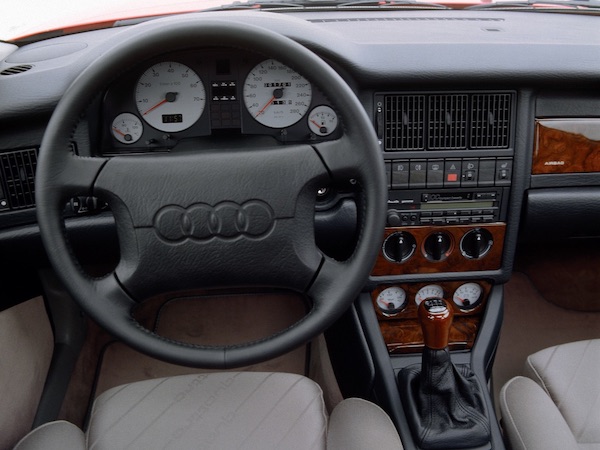 From March 1994 to July 1995, Audi produced slightly less than 3,000 sports station wagons. The vast majority settled in the birthplace of this model, but you shouldn't be surprised.

The biggest surprise is that a lot of RS2 Avant models have travelled outside of Europe to Brazil, South Africa, Hong Kong, Canada and even New Zealand.

This is one of the reasons why the value of the Audi RS2 Avant has started to grow at a surprisingly high rate in recent years. Currently, the price of the model in an absolutely perfect condition can reach €45,000-65,000.