Toyota Supra Test-Drive: a Living Legend or a Cheap Copy?

Many car enthusiasts associate the name Toyota Supra with a single model, the fourth-generation Supra. It was a model beloved by tuning masters and Fast & Furious filmmakers, which lead to it becoming a sports car legend. And for us, the fourth Supra belonged to a car type that cost less but made European rivals blush out of shame. Just as the Honda NSX fought the Porsche 911, so did the Toyota Supra downgrade the BMW M3. And this is exactly what made the Toyota Supra stand out.

So what does Toyota offer us this time? 95% of the components used in this Supra are identical to BMW Z4 convertible’s parts. The biggest differences hide in the appearance, interior and, of course, pendant. The Supra’s front suspension is a blend of sDrive30i and M40i versions, allowing Toyota engineers to obtain the right longitudinal tilt and wheel tilt.

Japanese engineers have worked hard to ensure that the visual identity of the Supra has absolutely no connection to the BMW Z4. But you wouldn't say the same thing by looking at the interior. It's a pity because the glamorous-looking exterior of the car has no contact points with the interior of the Supra. And BMW does not seem to give Toyota professionals full access to specific but crucial components. 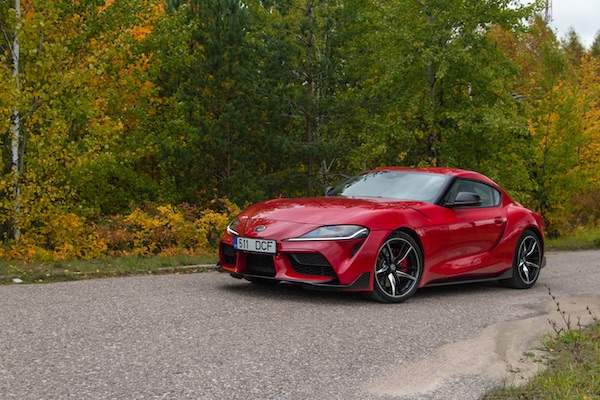 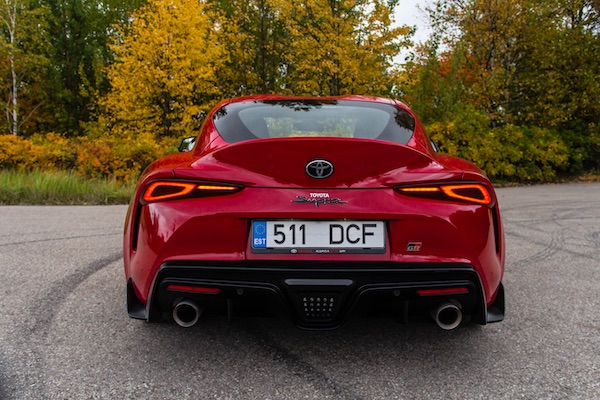 A particularly annoying detail is the flat steering wheel. How did it get here? It does not seem to come from the base version of the Z4 but from the already defunct F21 1-Series BMW. Apart from the central part of a steering wheel, which is decorated with a Toyota badge and has an airbag, the shape and even the buttons on it are identical. And this blend of BMW models of different eras is present every step of the way, in every patch of a car. If you think that the analogue version of the BMW Z4 M40i has an identical interior, Supra is an unpleasant surprise.

Without going too deep into the mix of different BMW models and, instead, focusing exclusively on the driver's seat, it would be worth giving Toyota specialists a medal. Once in the car, you will sit in a low seat with a wide bonnet in front of you. And, while visibility through the front or side windows is not bad, every attempt to look behind the shoulder or through the rear window will make you laugh. It is one reason why the blind spot monitoring system and rear parking sensors are included in the basic equipment. 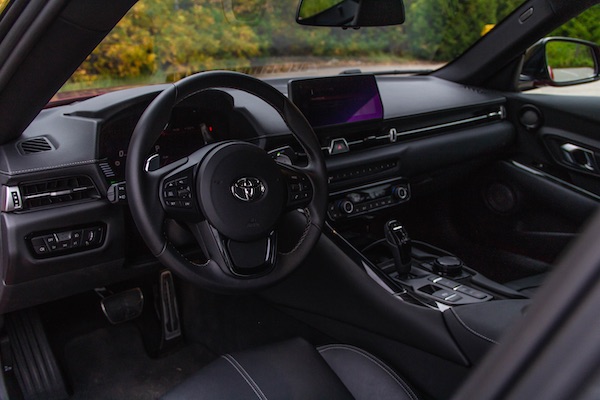 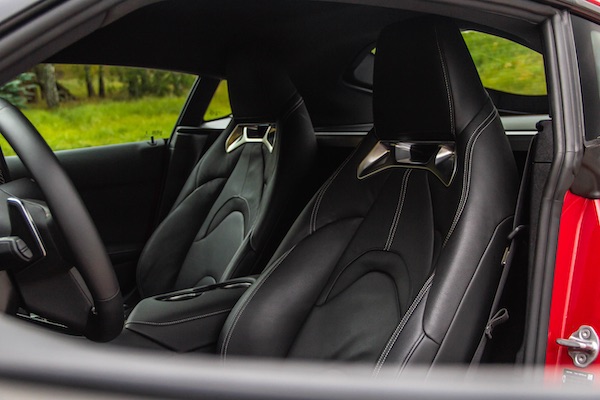 Six cylinders in a row. The configuration that has always been part of the Supra's identity, with BMW being the only partner able to offer a homologated engine that meets not only Toyota engineers' needs but the European Union's stringent pollution requirements.

Toyota does not seem to have chosen the worst BMW engine. It is a 3-litre, 6-cylinder direct-injection engine and a two-channel turbocharger that develops 340 hp and 500 Nm of torque. While similar parameters can be found in the Audi RS3 or Mercedes-Benz A45 AMG compact four-wheel-drive hatchback, the German 6-cylinder puts this power in stark contrast to a similar engine. Forget the annoying delay or power shortage at higher revs. It is not the case with this engine - from low speeds to engine heights, it can maintain a high note.

If you are familiar with the modern BMW 6-cylinder engines, you will very quickly recognize their distinctive character and sound when stationary or depressing the accelerator pedal. It does all this incredibly easily and smoothly. From 2000 rpm/min, the upward arrow on the tachometer rises with the utmost pleasure. Moreover, the ZF 8-speed automatic gearbox responds to any request enthusiastically. 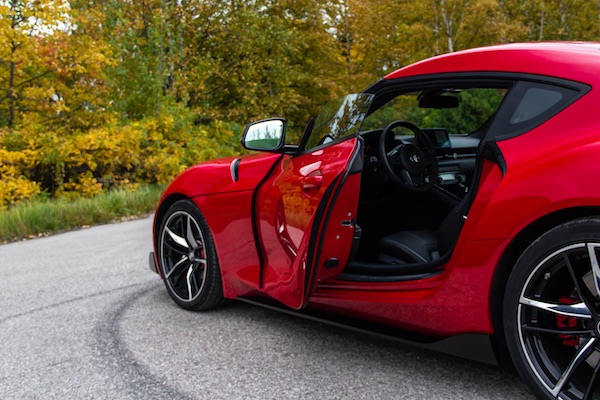 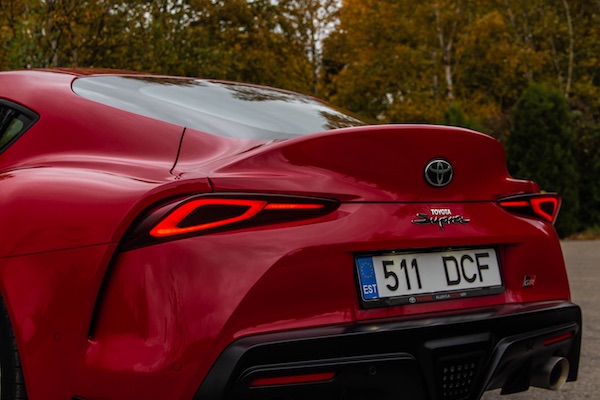 After 15 minutes, it becomes clear that the Supra is too fast for general road use. Any attempt to press the accelerator pedal can end up in custody of the police because the BMW engine delivers brutal acceleration with extremely quietly and efficiently. And it does it without any drama and shudders, and it is a little intimidating as every attempt to enjoy the 6-cylinder dynamics ends with horrendous numbers on the speedometer.

But can the Supra have more to offer besides the joyful, yet worrying dynamics? Meaning, those tunes that you would like to use to annoy your neighbours? Actually no, but this is not a problem for the Supra but for the BMW engines.

The state-of-the-art BMW 6-cylinder petrol engines sound dull in the standard configuration as if you were turning on an extremely loud but synthetic pump. Of course, the sudden release of the throttle is accompanied by a few pops and other noises, and it sounds very artificial.

Despite Toyota engineers' aspiration to emulate the Porsche 718 Cayman, the next-generation Supra sends out completely different signals than the German coupe.

The steering is not ideal, nor it allows you to feel how the road surface changes and what the front wheels are doing. However, Toyota's chassis behaviours allow you to read every movement of the car in a different way. Sitting behind the wheel of a Supra is extremely easy because minimal but significant adjustments by Toyota specialists in the suspension are a feature that makes Supra stand out.

The almost perfect distribution of Supra’s components between the front and rear axles, and more precisely the front, helps the car maintain a maximum grip on the road without worrying about suddenly losing track of your path. Indeed, to provoke this, you will need to have not only a lot of courage but also stupidity. 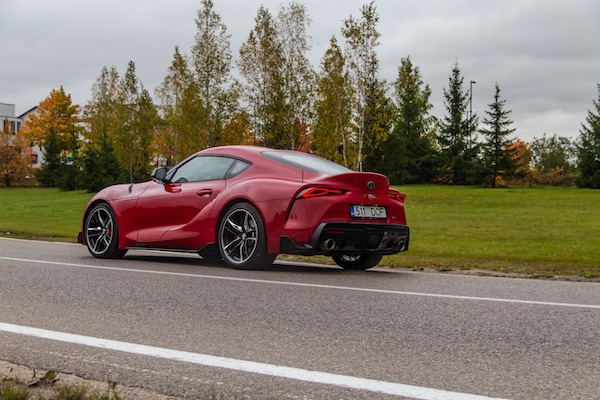 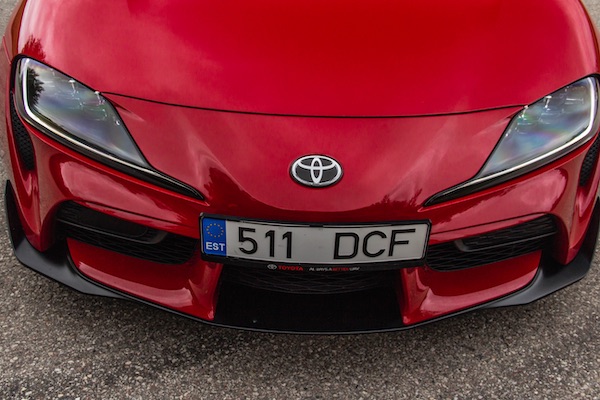 The situation is much simpler with the rear. When you handle the car naturally, the back of the Supra does not try to overtake the front. Electronic stability control and, of course, active differential helps greatly in sharp turns as accurately and quickly as possible.

However, to force the car to slide sideways (you will really want to do this), you will first have to choose between two madness modes. The first is the Sport mode, where the car's control systems will only provoke a safe and easy-to-handle slip. The second allows disabling all auxiliary systems that will start the tire-shredding competition. In this mode, Supra occasionally becomes difficult to control. 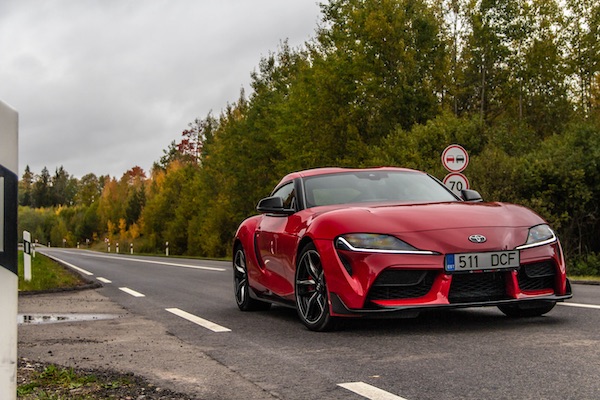 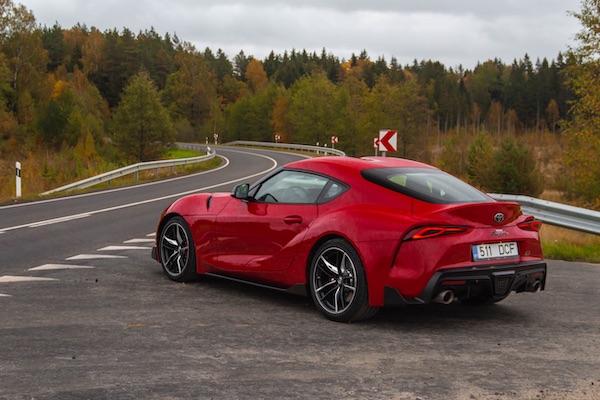 And yet, the new version of the Supra offers what each of us hopes for while driving a smart, rear-wheel-drive coupe - a breakthrough of pleasant emotions, a feeling that makes a fun car special. And that's exactly what Supra is capable of creating.

So what is our verdict? In fact, it is not the car’s characteristics that determine its value, but your attitude. If you look at this Supra as the direct successor to the legendary model, then just turn around, because it's an entirely different car that has nothing to do with past Supras.

However, if you ignore the name of the car and view it as another classic coupe, then this will be an easy decision. This is an extremely fast, aggressive and fun offer that will delight Japanese car fans in particular. And it doesn't matter that the car doesn't smell like Japan.