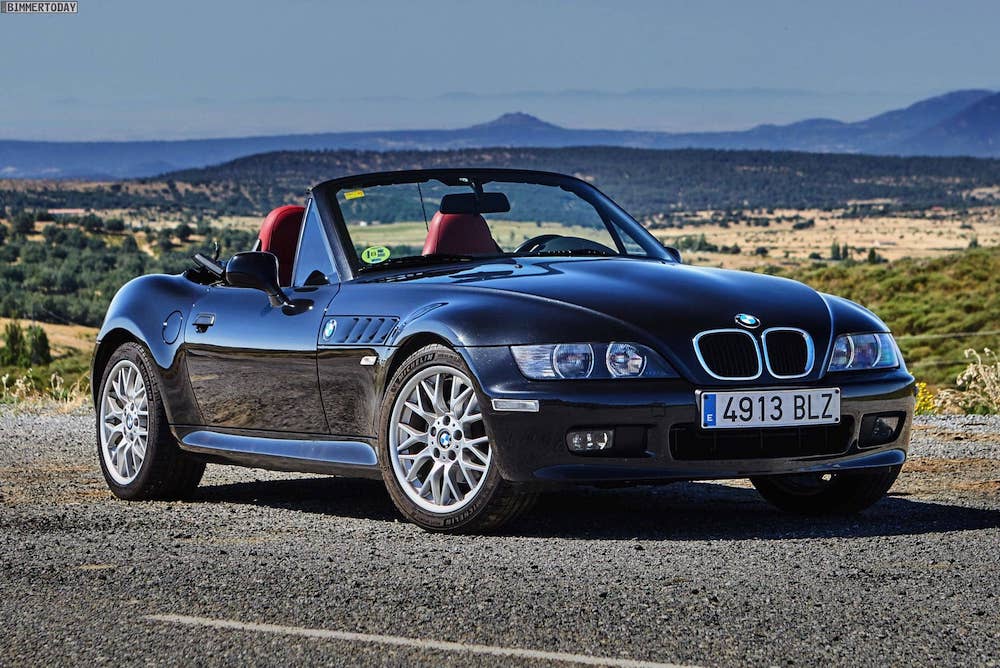 To say that 2022 has been a strange year would be an understatement. There’s a crippling energy crisis, the global economy teeters on the brink of recession, and there’s an ever-growing threat of nuclear war.

All things considered then, you should use this time to buy the car you want because nobody’s ever looked sad in a cool youngtimer, have they? It may also be your last chance before we all get blown to bits.

To help you make up your mind about your next car, here is the Dyler.com list of 10 of the best unusual classic cars you can buy for less than $10,000. 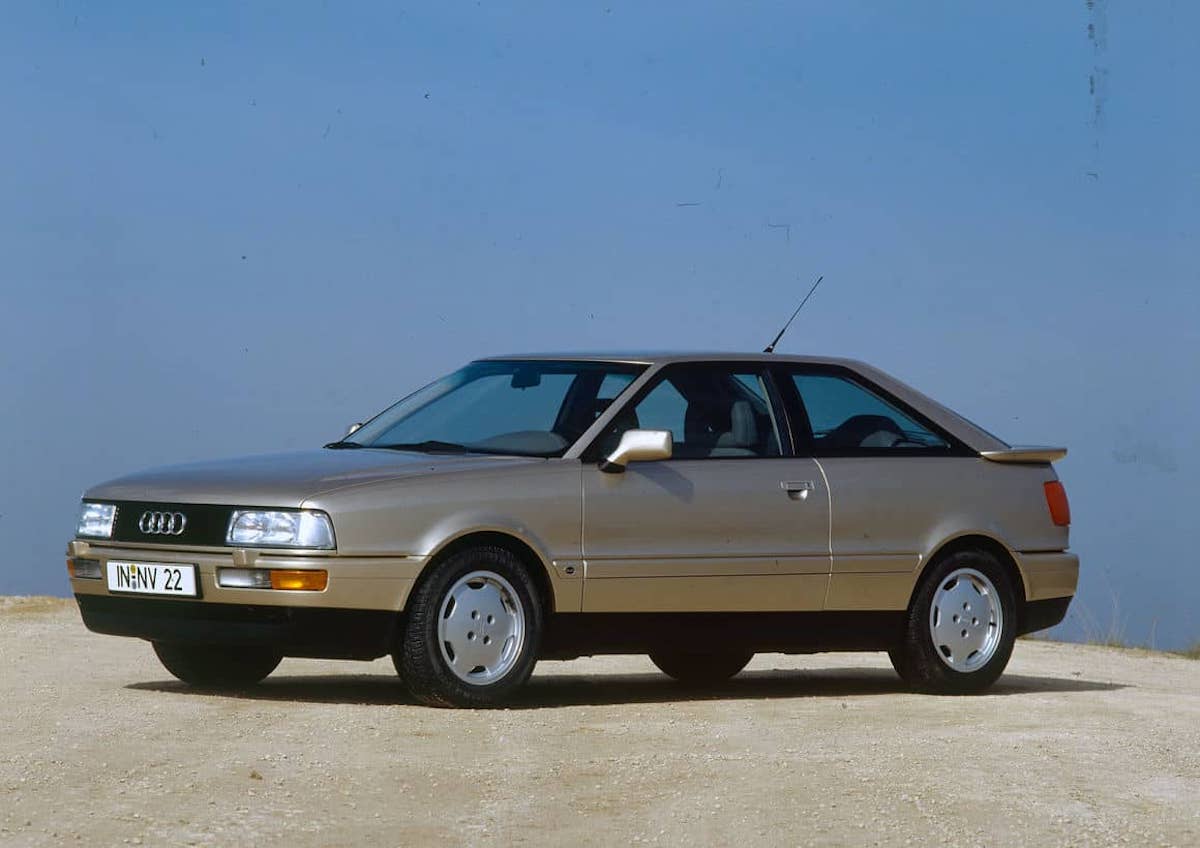 Between the early 1980s and the mid-2000s, Audi made some of the coolest cars around. They weren’t flashy, but they were handsome-yet-functional and Audi wasn’t afraid to get a bit weird; enter the Quattro and super slippery third-generation Audi 100 with its ultra-low drag coefficient of 0.30. If your budget can’t quite stretch to an original Quattro or you don’t fancy a boxy ‘80s sedan, then one of Ingolstadt’s best buys is the Audi 80 Coupé. Over two generations, it was available with Audi’s AWD quattro system. What’s more, some cars even came with the legend’s thrummy 2.3-litre five-cylinder motor, which is considered to be one of the greatest engines ever produced in automotive history. 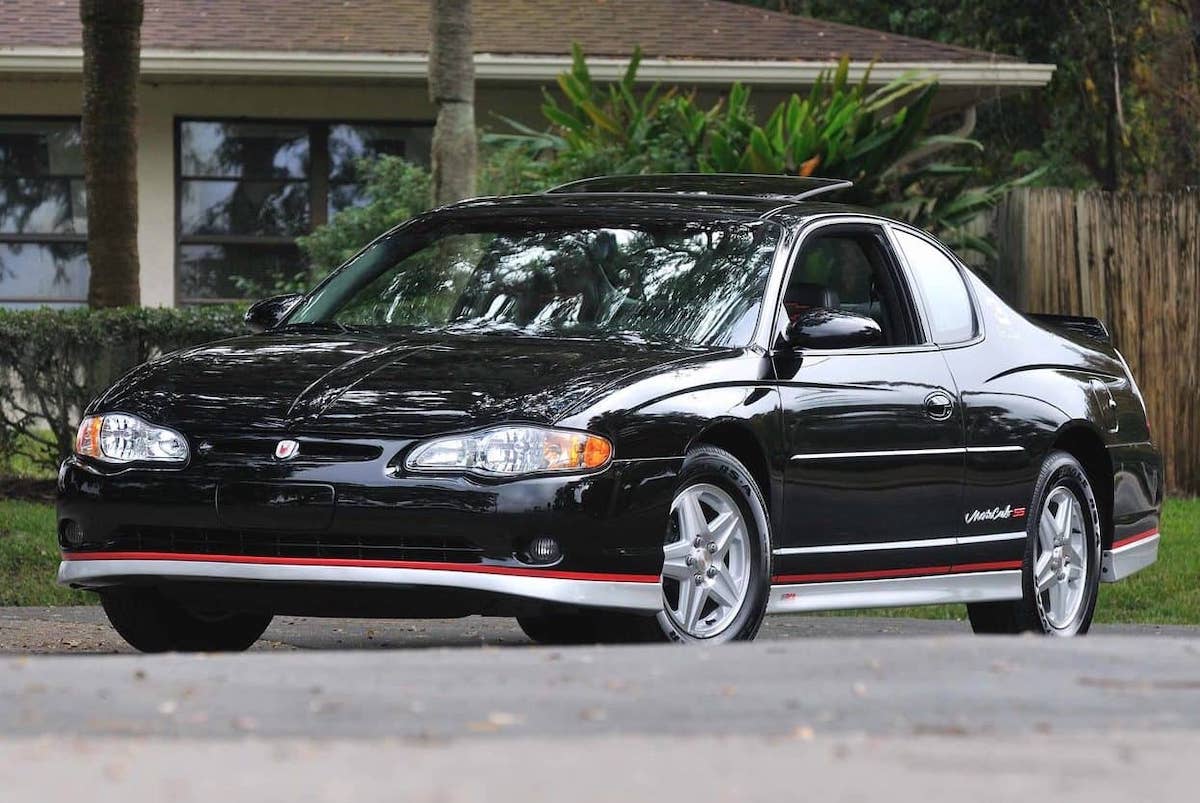 Cue the “OK Boomer” jokes, but this 2004 Chevrolet Monte Carlo Dale Earnhardt Edition is one of the rarest cars we have listed on Dyler.com. Only 4,000 of these were made to commemorate Earnhardt - widely considered to be one of the greatest NASCAR Cup Series drivers to have lived. Whilst these exclusive machines didn’t have any mechanical changes over the normal V6-powered Monte Carlo, they got a raft of aesthetic upgrades. These changes were a special black paint job in reference to the color scheme run by Earnhardt for the most part of his career, No. 8 decals inside-and-out paying homage to the racing number used by “The Intimidator,” 17-inch alloys, embroidered headrests, embroidered mats and that was about it. With its 240bhp supercharged 3.8L V6, this special edition Chevy is hardly the stuff of “Raise Hell, Praise Dale.” However, it is quite an exclusive piece of kit and a curious footnote in contemporary history for Chevrolet and NASCAR enthusiasts alike. 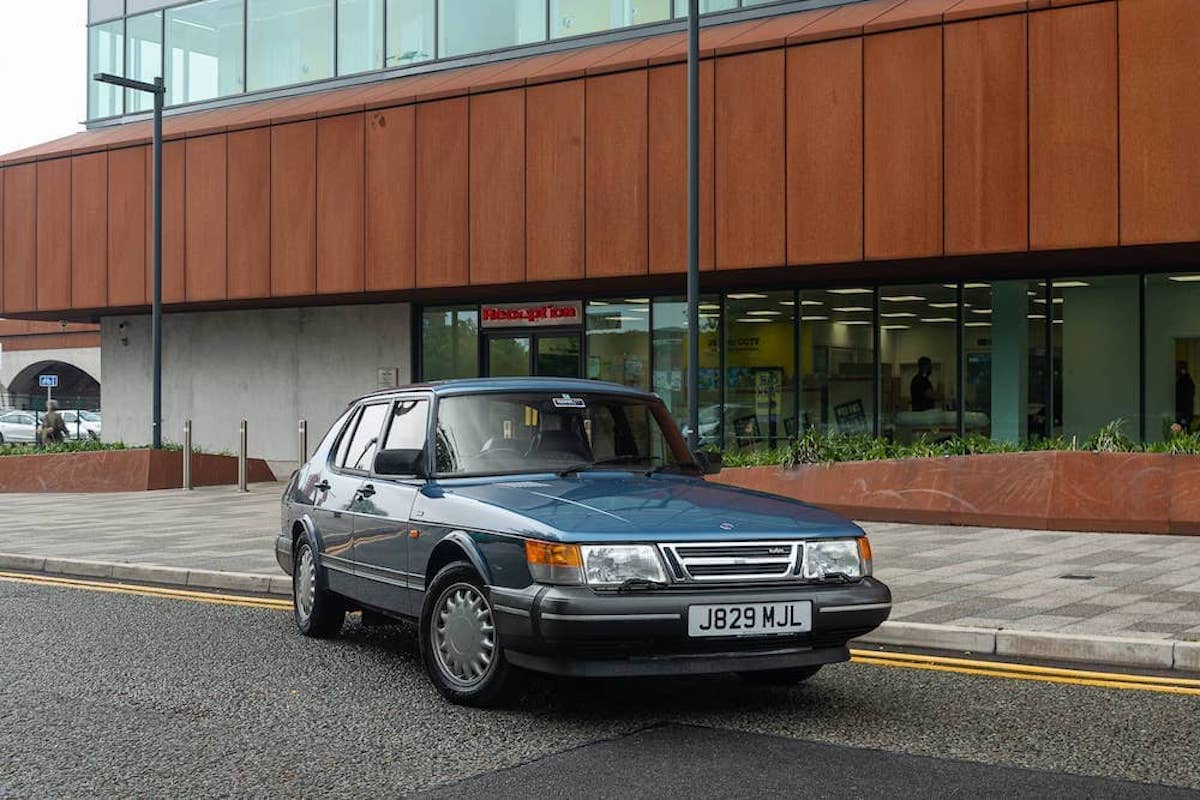 The SAAB 900 can lay a very strong claim to the best sub-$10,000 classic car
© Liberium Photography/Dyler.com

Any SAAB is cool and any self-respecting car person should drive one at least once. However, the 900 “Classic” is the coolest of the lot with plenty of quirks to love including a wrap-around fighter jet-inspired windscreen, aerodynamically-driven design, and a transverse-mounted engine under a clamshell bonnet. You can get both a naturally-aspirated and turbocharged classic SAAB 900 for under $10k, but be aware that the latter will most likely need some significant work done to restore it back to the condition it deserves. If you do decide to go for one of these seriously incredible cars from Sweden, you may wish to read our review of one we spent the day with last year. You can do that if you click here. 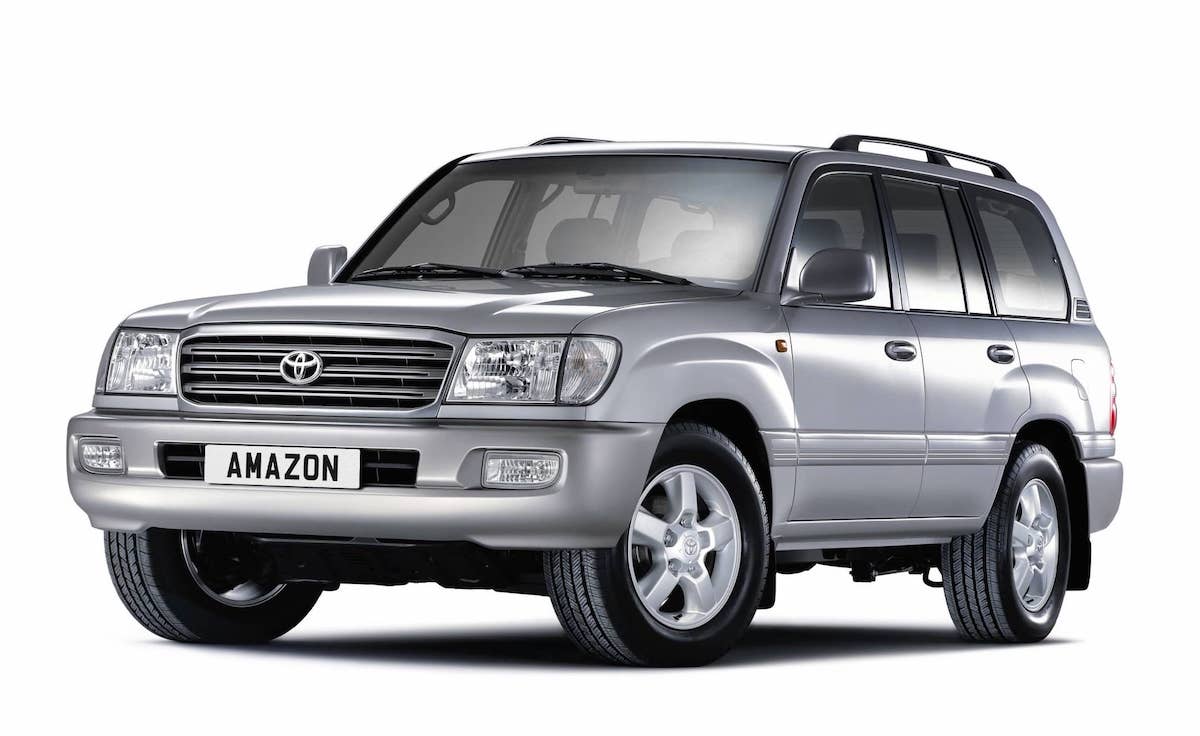 If we do enter a nuclear conflict, a Toyota Landcruiser can guarantee your survival for less than $10,000
© Toyota UK Media Site

The hardy Toyota Landcruiser has been around for 71 years, and for that alone it is an icon amongst vehicles. Whilst the earlier FJ versions - Japan’s equivalent to the Land Rover Series II - are the most sought after, it’s the eight-gen J100 that’s the pick of our bunch. Throughout its life from 1998 to 2003, the J100 was the first Landcruiser to be both seriously good off road and luxurious thanks to a tonne of goodies including Active Height Control, an electronically modulated active suspension, and active night vision. Toyota also fitted the J100 with all the lovely creature comforts you’d ever need including swathes of wood, leather, and air climate control. In certain markets, buyers had the choice of selecting their Landcruiser with a lovely-yet-thirsty 4.7L V8, which made it a serious competitor for the equivalent Range Rover at the time. 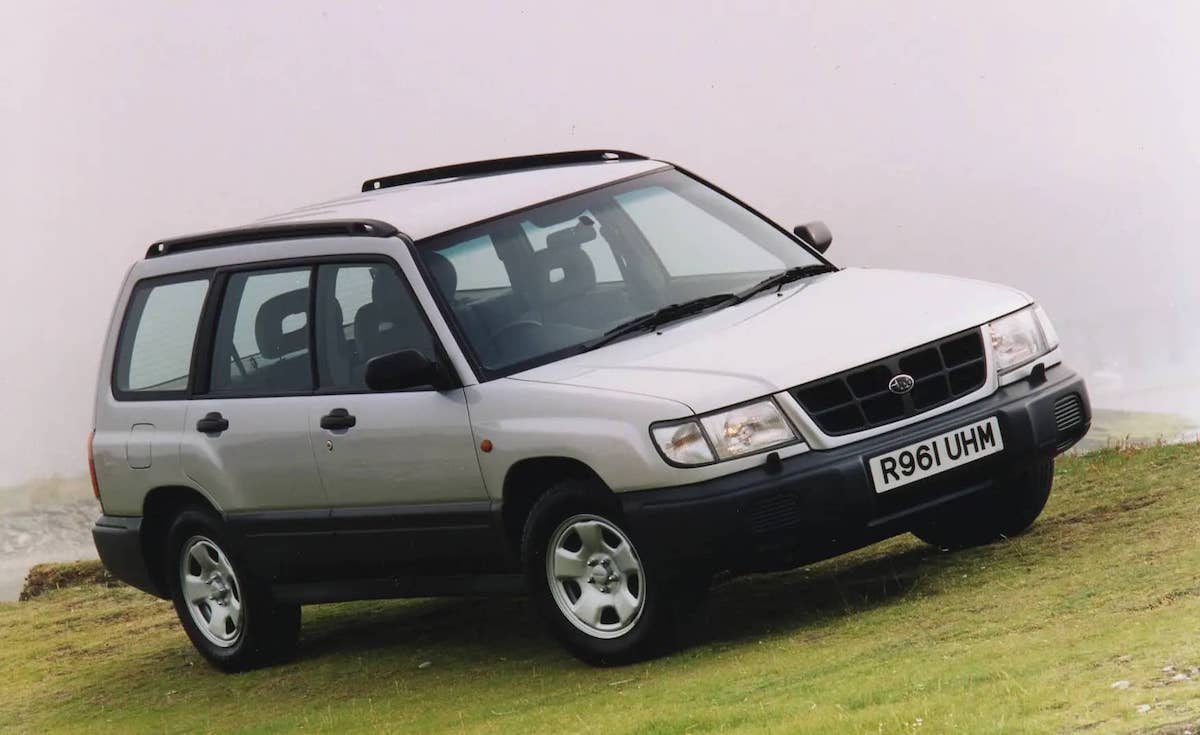 Subaru’s star has waned in recent years, so let’s take a trip back to the 1990s; a time of plenty for the Japanese car industry thanks to the country’s strong economy and a national “can do” on behalf of carmakers when it came to all things automotive. Subaru was no exception to this national zeitgeist of “f*ck it”. Subaru’s golden days were defined by the iconic Impreza Turbo, a car which forged its legend on the rough and tumble stages of the World Rally Championship and was single-handedly responsible for turning this once-humble brand beloved by farmers into a carmaker with a hardcore cult following. Unfortunately, however, a hot Impreza in 2022 will cost way more than $10k, and if you do find one for that price, the likelihood is that it will have been severely abused - cue the Subaru Forester. Built on the Impreza’s platform, this subtle hatchback SUV was available with a series of turbocharged and naturally-aspirated 2.0L and 2.5L engines. Being a Subaru, the Forester came fitted with AWD as standard, which made it just as capable off-road and as good to drive on it as its more illustrious sibling and the Legacy sedan. 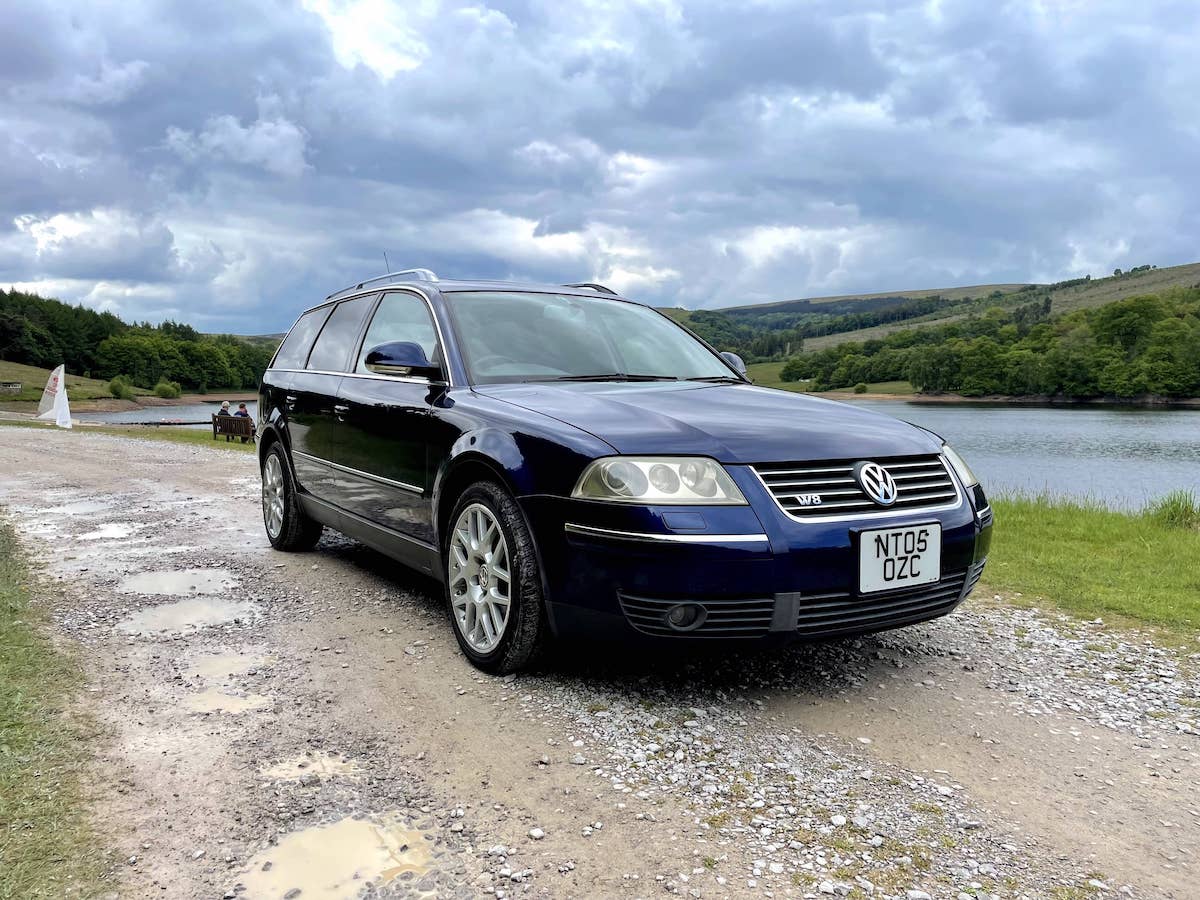 Weird and very wonderful, the Passat W8 is an unusual and exclusive modern classic car that will cost you less than $10,000
© Dyler.com

Back in the early 2000s, Volkswagen was experimenting with all sorts of strange engines. To show the world just how good it was at producing a weird motor, it dropped its halo engine - the W8 - into the unassuming-yet-lovely Passat B5.5. The beguiling W8 motor started out as one of VW’s VR6 engines with two cylinders lopped off to form a VR4. Another VR4 with all cylinders running off a common crank was added at 72 degrees, and this became the W8 engine, which slotted sideways under the Passat’s bonnet. On top of being more compact than a regular V8, the W8 was also modular - bolt on four more cylinders? Then you have a W12. Attach a few more, then you have the W16 found in the Bugatti Veyron. In addition to being very much engineering novelty, the Passat W8 looked lovely in that subtle, unthreatening way all VWs of the early-to-mid 2000s did. It was also fitted with a Haldex AWD system to help it cope with the engine’s 275 bhp and 155mph top speed. To add to the Passat W8’s almost mythical status, VW made just 11,000 of them from 2002 to 2005. 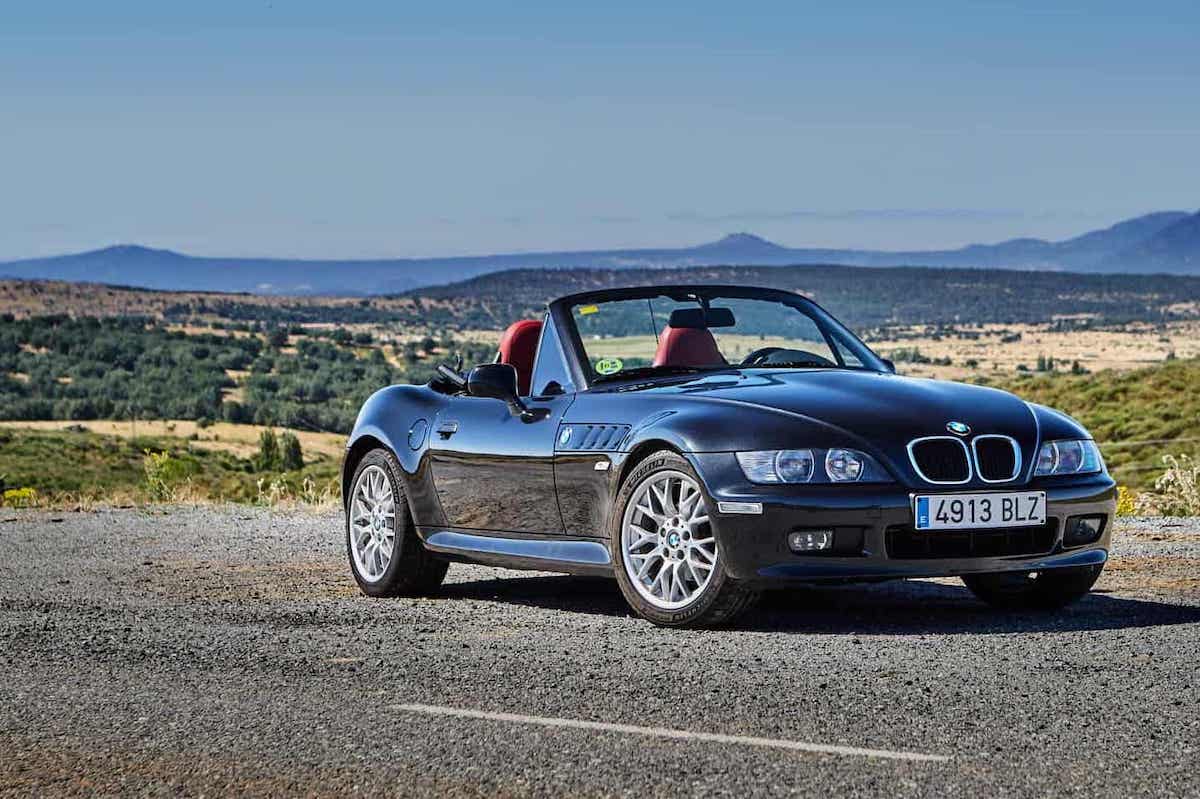 The BMW Z3 is a bargain classic cars, with plenty of examples costing much less than $10,000
© BMW Blog

When it was launched in 1995, the Joji Nagashima-designed BMW Z3 was a completely different aesthetic to the angular, functional BMW design of the time. The all-new roadster had a squat, cottontail rear end, and a long, curvaceous bonnet. The Z3, then - and still is! - a pretty design. What's more, when the widebody models and the 321bhp M Roadster, the dainty little two-seater Z3 morphed into something that was both pretty and easy on the eye. Whilst Z3s with the smaller engines require some work to get the best out of them, the fact remains that all of them are great to drive thanks to its chassis borrowed from BMW's E36 3 Series and a rear-wheel-drive layout. James Bond drove a Z3 in Goldeneye, too. 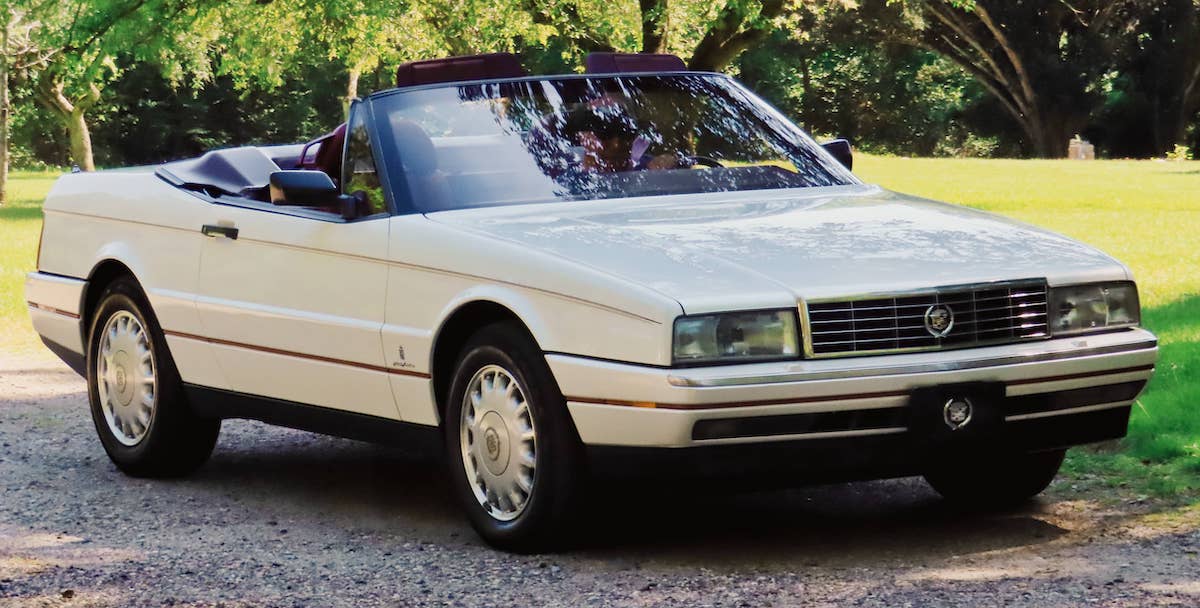 The Cadillac Allanté made a splash upon its 1987 launch for its bizarre production method, which was dubbed “the world’s longest assembly line.” Production of the car started in Italy, and it was then - to great expense - flown across the Atlantic via Boeing 747, where it was finished at the Cadillac factory in Detroit. When it came to embracing the digital phenomenon of the late 1980s, Caddy's parent company General Motors packed the cabin with flat black LCD screens, and didn’t just stop at the driver readouts. As standard, Cadillac packed the front-wheel-drive Allanté to the hilt with electronic climate control, electronic cruise control, and a driver information center console which was - you’ve guessed it - electronic. Whilst it falls short of its main rival in terms of refinely, the sturdy-yet-conservastiveMercedes-Benz R129 SL, the Cadillac Allanté remains a compelling, affordable alternative to waft around in. 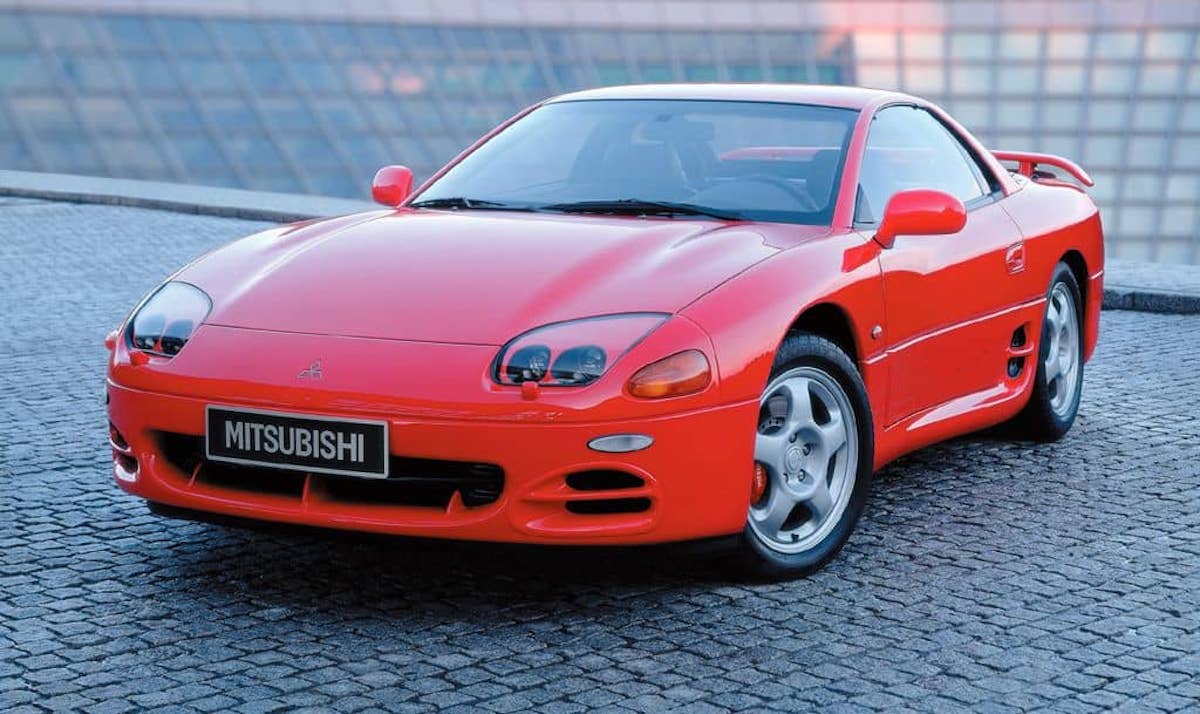 With goodies such as active aero and four-wheel steering, the Mitsubishi 3000GT is a hugely advanced car for not a lot of money… less than $10,000 like everything else on this list
© Mitsubishi Motors

Like Subaru, Mitsubishi has been left behind in recent years. However, let’s not forget during the Japanese car industry’s golden days of the 1990s to mid-2000s, Mitsubishi was also capable of creating some seriously impressive cars because it had the money behind it to do so, and most importantly - it had the will. Best remembered for its Lancer Evolution - Mitsubishi’s answer to its arch nemesis, the Subaru Impreza Turbo - the was also responsible for this, the 3000GT. Way too advanced for its time, the range-topping version, the 3000GT VR-4 came with a twin-turbocharged, 300bhp 3.0L V6, four-wheel steering, active suspension, and active aerodynamics as standard. Note that active aero was not available on most supercars until the early 2010s. If the aging tech of the 3000GT VR-4 is a turn off, don’t worry - the Japanese car industry during the 1990s produced several other similar sports GT cars including the Toyota Supra, Nissan 300ZX, Subaru SVX, and the Mazda Cosmo. 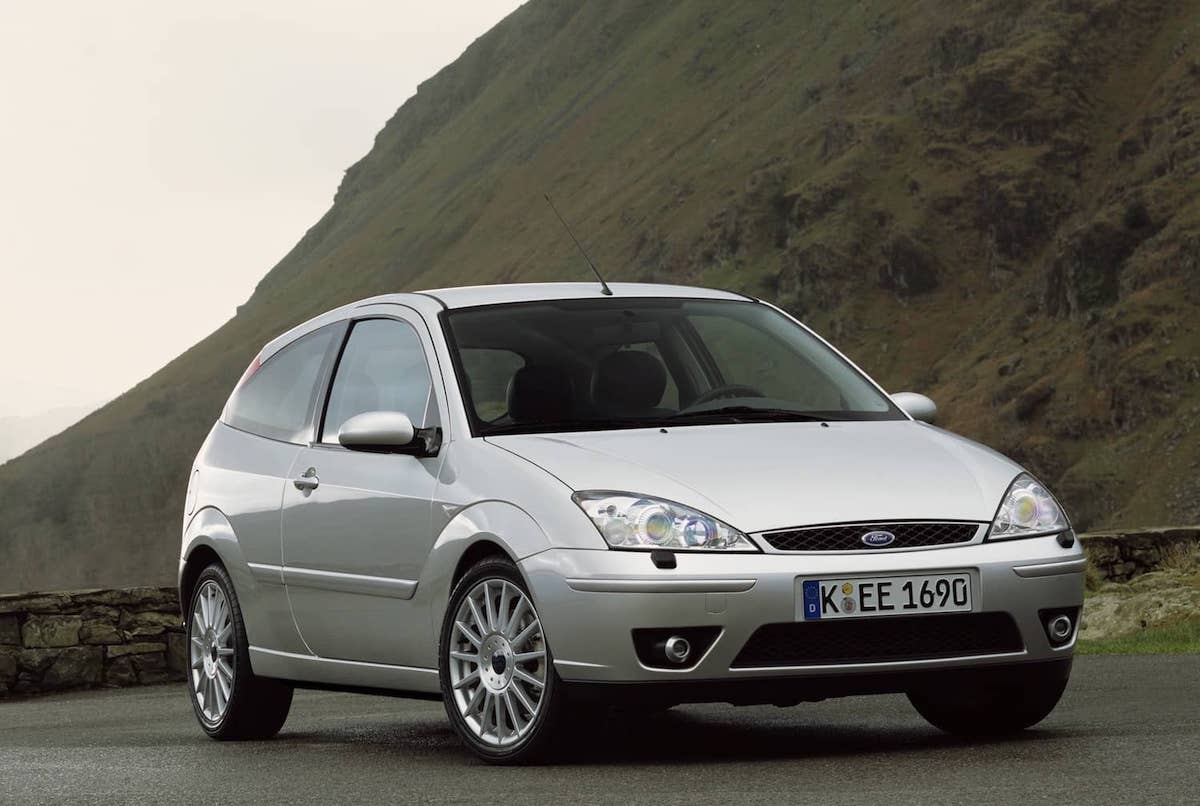 Thanks to a peppy 171 bhp engine and well-engineered chassis, the Focus ST170 is an overlooked Fast Ford that won’t break the bank
© Ford Media Site

With its fresh-faced styling, it’s hard to believe that the Mk1 AudiFord Focus is now almost 25 years old. When it launched in 1998, the first-gen Focus was praised for how well it drove. The fact that it is still praised for its excellent chassis is testament to why it is considered by enthusiasts to be one of Ford’s all-time great cars. The RS is the hottest Mk1 Focus around. However, prices started high and became even more in recent years for the fastest first-gen Focus. A sub-10k alternative is the car above, the Focus ST170. Launched in 2002 with a 171 bhp Zetec engine, the ST170 was good for a top speed of 134mph and a direct competitor to contemporaries such as the Honda Civic Type R, MINI Cooper S and Volkswagen Golf GTI Mk4. What’s more - and this is good news for collectors on all budgets - a good condition Focus ST170 with a full service history will cost you around $6,500 or less. However, like all Fast Fords, prices will almost certainly increase.

Congratulations! You’ve made it to the end! To browse through the 40,000+ classic and modern classic cars we have listed on Dyler.com!