Love at First Sight: Celebrating a Very Special RS4 B5 With ABT Audi’s DTM and Formula E Chief

The Triple DTM Title-Winning Engineer and the Audi RS4 B5


This week, Dyler.com is joined by a very special guest in Florian Modlinger, the Director for Motorsport Operations at ABT Sportsline.

In January 2018, Modlinger joined the legendary Bavarian tuning house to oversee their DTM and Formula E programme after guiding Audi Sport to the 2017 DTM championship triple - the drivers’ title, the team’s title, and the manufacturer’s title - over rival manufacturers BMW and Mercedes-Benz.

Alongside Modlinger’s list of achievements with Audi, he was also the brainchild of BMW’s title grand-slam during their 2012 DTM comeback year with Canada’s Bruno Spengler behind the wheel of the then all-new BMW M3 DTM. 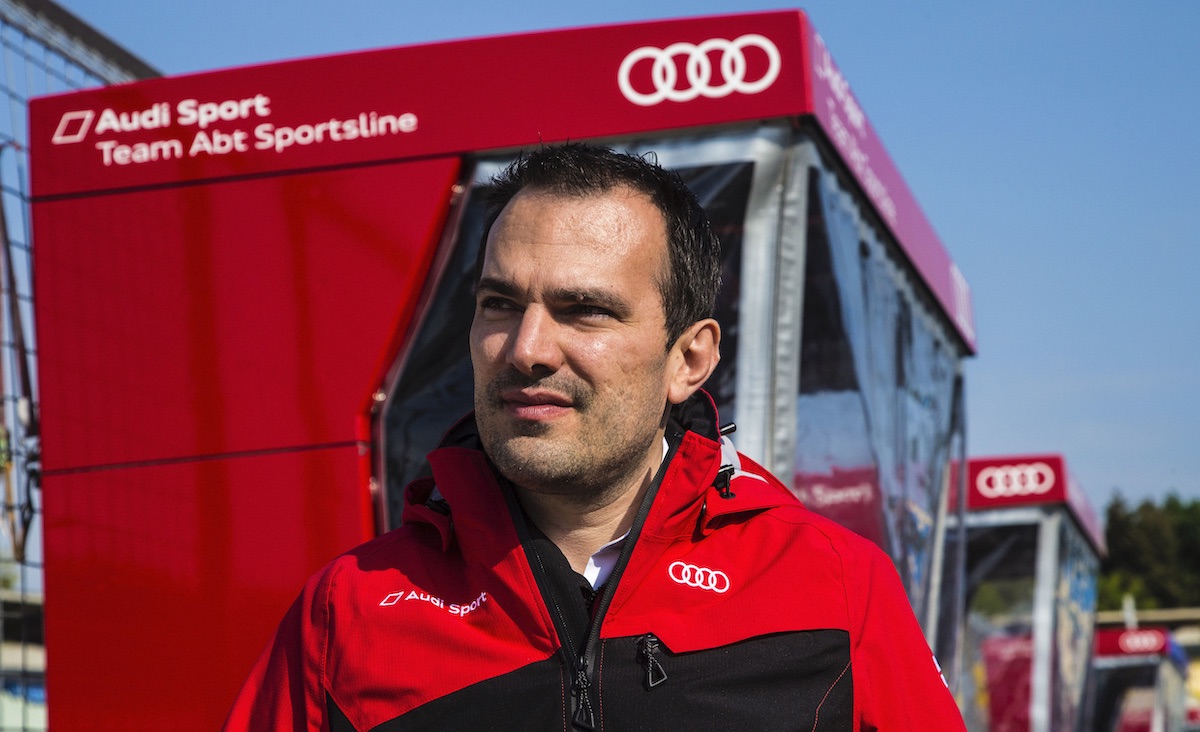 So then, what is Modlinger’s connection to the first-generation Audi RS4 or as it’s known as technically, the “B5”? The answer is simple: it was a gateway car and like most gateway cars, it comes with plenty of nostalgia.

The First Audi RS5 B4


The Audi man casts his mind back to 2005 whilst studying Mechanical Engineering at the Technical University of Munich. As a part-time job, he was earning his stripes as a young race engineer at Götz Motorsport - a small team run by Dieter Götz, which competed in the German Endurance Championship Nürburgring and the annual 24 Hours Nürburgring race at the fearsome Nordschleife circuit.

It was with the little Götz team that Modlinger first encountered the RS4 B5. Since then, he became a fan - and then an owner - of Audi’s giant-killing estate car. 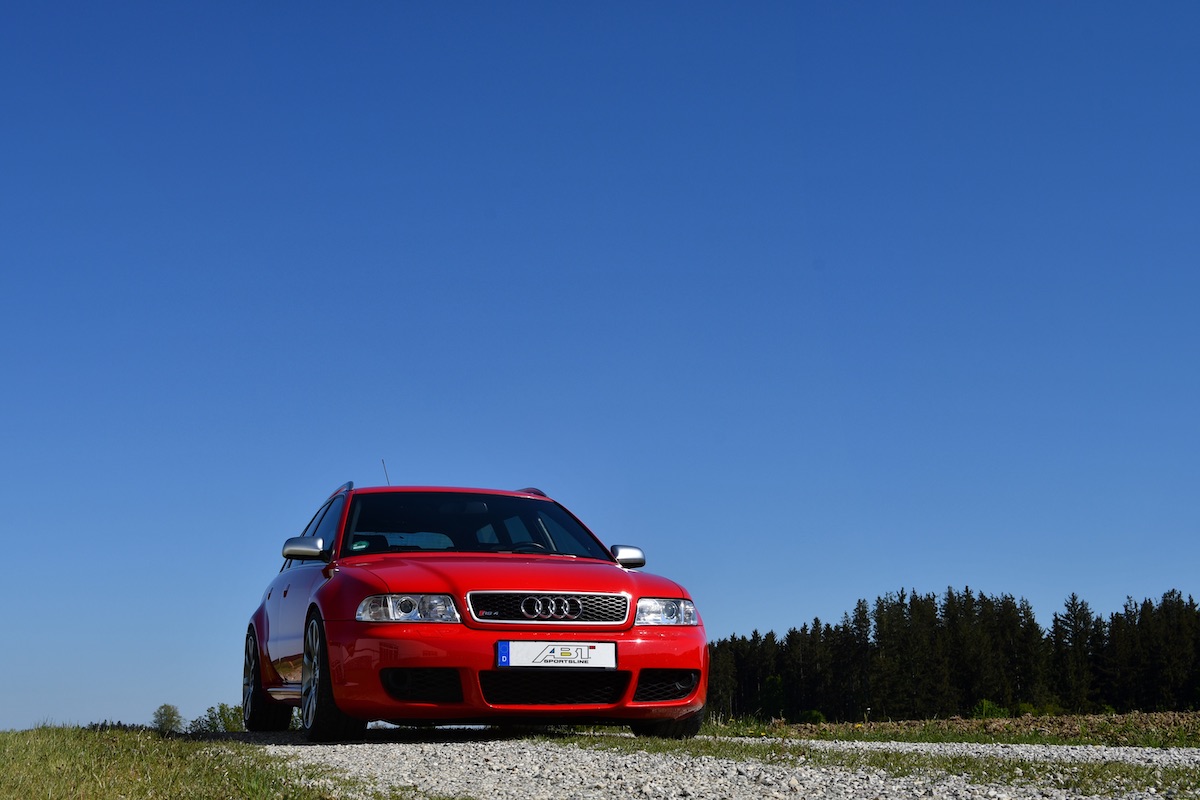 “I first encountered the B5 when I was working at Götz Motorsport,” he explains. “They were unlike any other team, because they ran this car in the VLN as opposed to one of the more traditional sports cars of the time. It still had the 2.7-litre bi-turbo V6 engine which powered the road-going RS4 and as an engineer, you could really have some fun with playing around with its power.”

It was also the car’s “underdog” or “Q Car” status that captured Modlinger’s attention. A modest individual, it isn’t a surprise that Modlinger prefers the subtle-yet-aggressive styLing of the RS4 to similar performing machines such as the Porsche 911 or the Honda NSX.

Upon its launch in 2000, the RS4 boasted an unlimited top speed of 179mph and could pound around the Nürburgring in eight minutes and 10 seconds - the same time as a Lamborghini Diablo.

The RS4 B5’s underdog status was confirmed in the 2005 24 Hours Nürburgring when with Modlinger’s input, the Götz Motorsport Audi wagon ran as high as fourth overall - and first in its class - before trouble hit with just three hours of the endurance classic remaining. 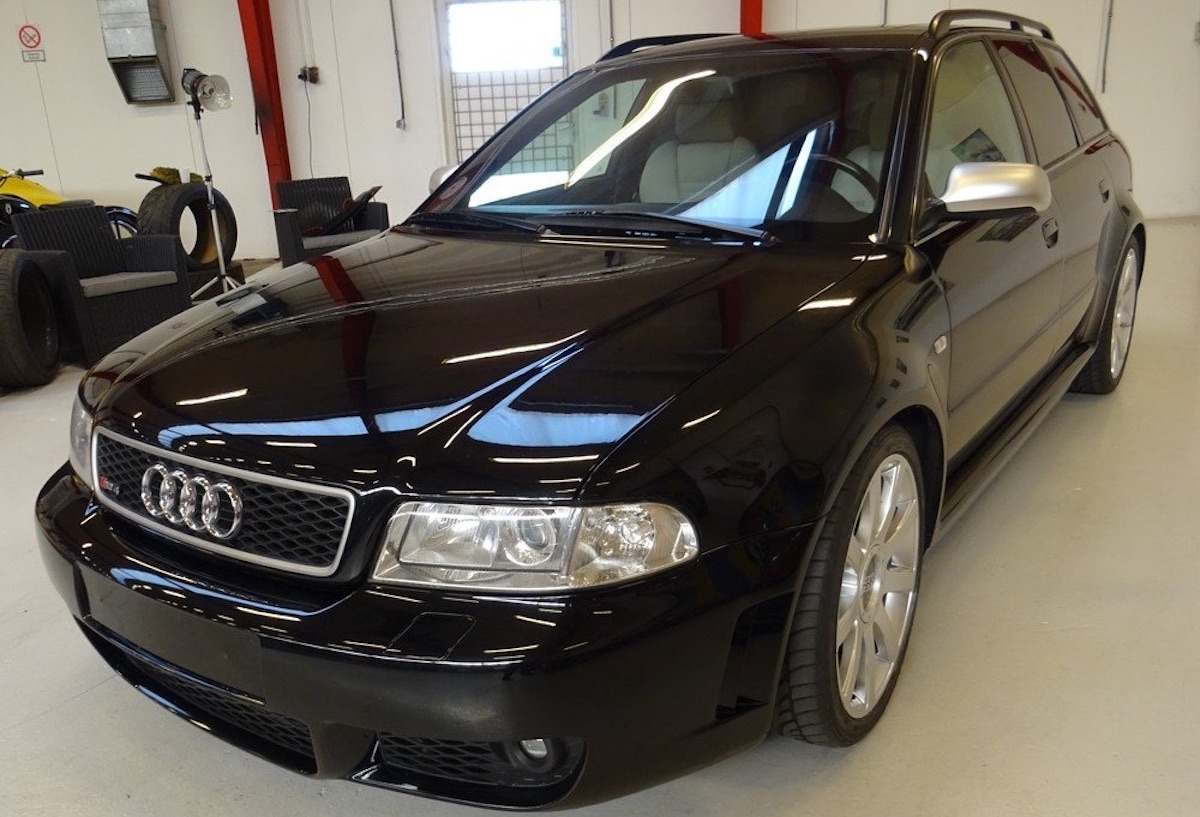 A black example akin to Modlinger’s first RS4 B5 is available on Dyler.com
© DK Classic Cars


Having already got the taste for the RS4 trackside, Modlinger bought his first road-going B5 later that year - a black ‘standard’ RS4 with 381bhp, which is similar to this model on Dyler.com. Three years later, he swapped his gateway RS4 for a red 2001 ABT Sportsline-tuned version which he still drives to this day. In fact, it’s the car you’ve been looking at throughout this story.

Despite appearing exactly the same as a standard RS4 B5, Modlinger’s ABT-tweaked machine is a hugely different animal under the skin compared to his previous vehicle.

The unassuming red 2001 RS4 boasts 450bhp and 550 newton-meters of torque, which is around 225Nm more than the regular vehicle. His RS4 also has a 0-62mph time of four seconds, which puts its performance on-par with a 2020 Porsche 911. Yes, read that sentence again: this 19-year-old Audi estate has the same 0-62 time as a contemporary Porsche. 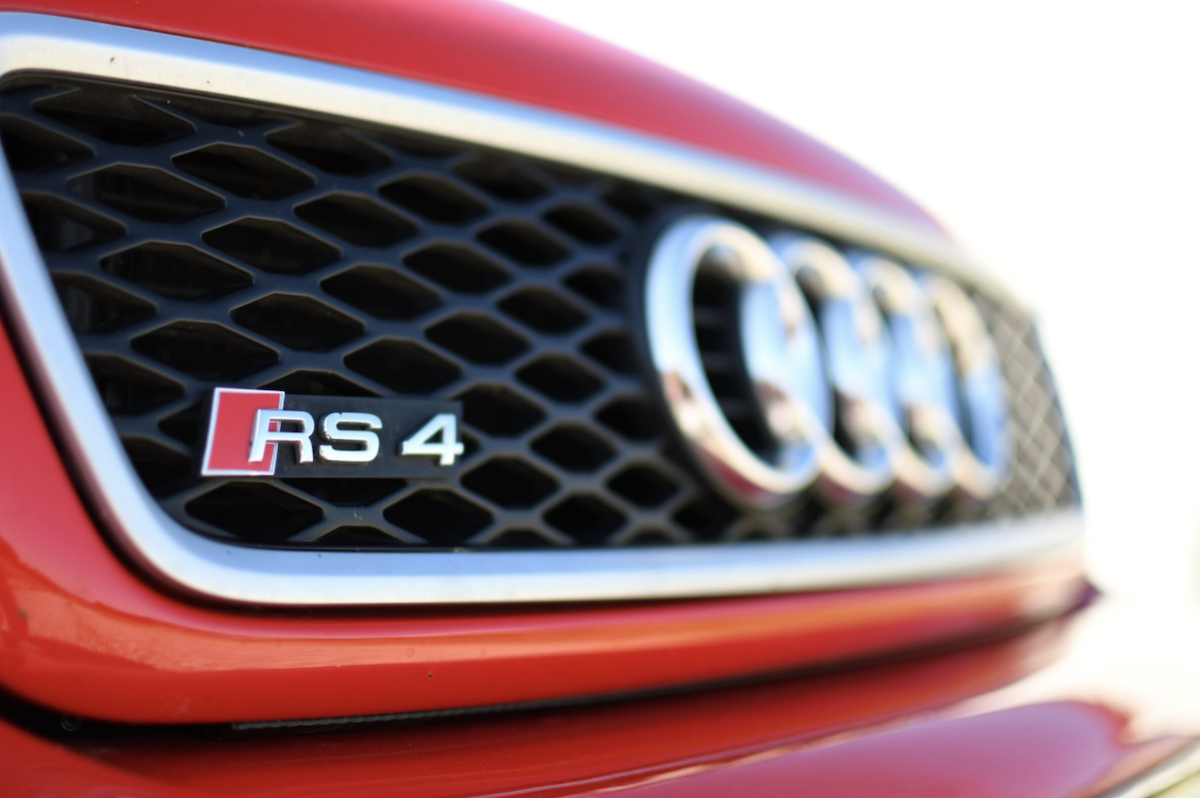 Yes, this 19-year-old Audi will travel from 0-60MPH faster than a new Porsche 911
© Jennifer Modlinger Fotografie

Now almost two decades old and running on good ol’fashioned mechanicals, does Modlinger feel that his RS4 is starting to feel a little old compared to the latest incarnation of Audi’s iconic estate car? After all, the newest RS4 was described by CAR magazine as “the real-world supercar” whilst Top Gear praised it for its great looks “unflappable all-weather pace and performance, [and] impregnable build quality.”

“No, I don’t feel that it’s ageing at all,” Modlinger answers. “I like the design of the RS4 B5 because it’s timeless. Even now when I look at it, I still think it looks fantastic. Then there’s the driving experience - it’s a joy to drive even after almost 20 years.”


“Don’t get me wrong, the first generation of RS4 is a really mechanical car. What I mean by this, is that it’s not reliant on computer technology. It has really heavy hydraulic steering, and there’s some minimal turbo lag which delivers the engine’s power in a very brutal way once the turbos have spooled up. I would also say that you have to really work with the six-speed manual gearbox and really force the gears in. 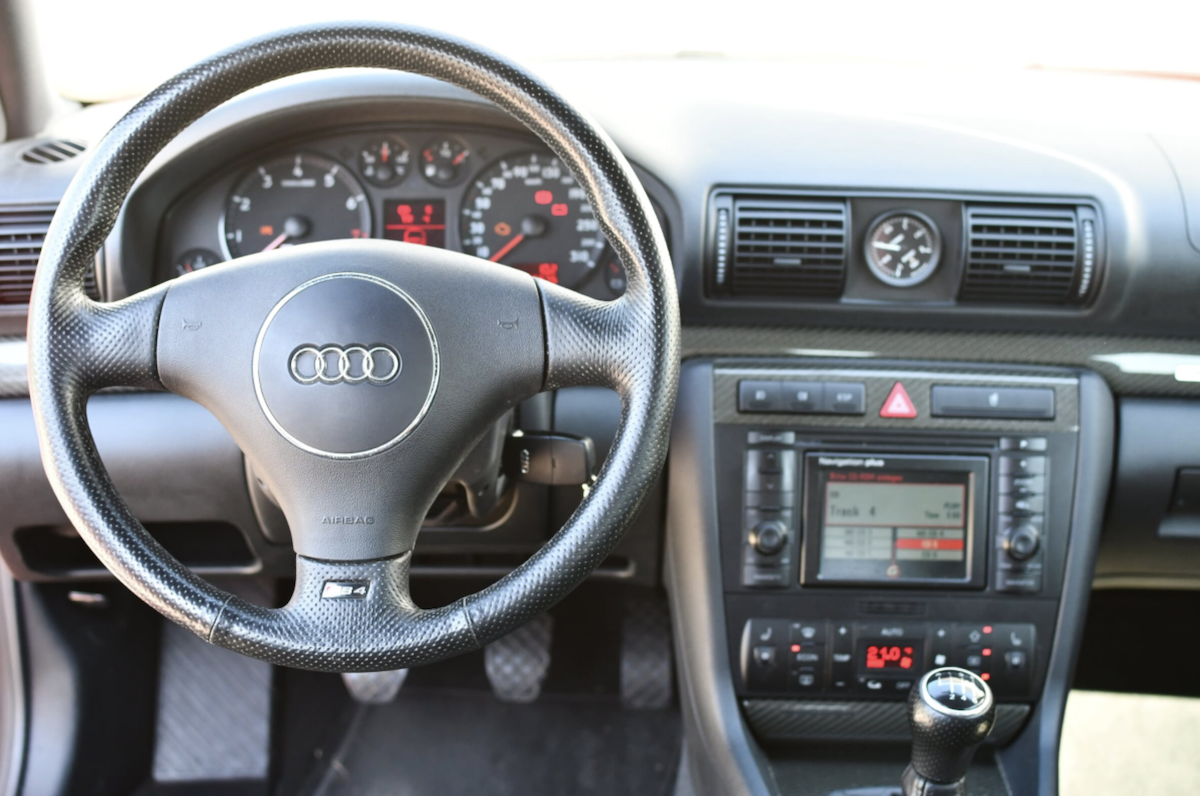 In this respect, it’s probably not as comfortable as a newer car because you have to work a lot more but from a driver’s perspective I find this mechanical approach much nicer and I like it a lot.”


As a piece of advice to potential RS4 B5 buyers, Modlinger suggests adjusting the suspension to eliminate understeer; a handling characteristic which still bedevils fast Audis some forty years after the original quattro turned the automotive world on its head.

“The normal RS4 I had before this had a standard suspension and suffered from a little understeer,” he explains. “But if you play with the B5’s suspension parameters and tyre pressures - especially at the rear - then this reduces understeer and makes the car’s handling more neutral. 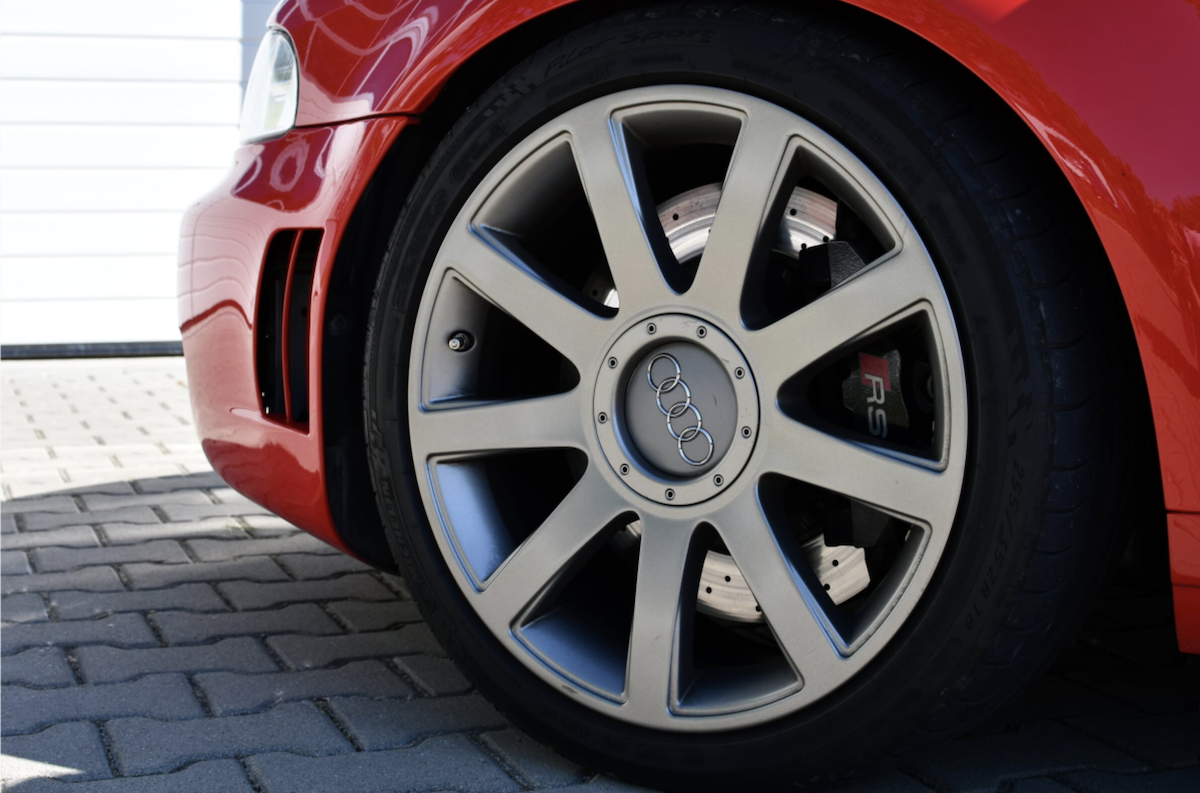 So what further advice would Audi’s triple title-winning race engineer give to future RS4 B5 owners?

“To be honest, I would suggest trying to find one that has relatively low-mileage, but that’s very difficult to do,” he concludes. “I’m very lucky to have mine which has only done 100,000 kilometres, which is low for a car of this age.

“Also, a lot of these cars have been tuned and driven in a way that’s not so proper, so I would suggest speaking to a professional like Dieter Götz who I spoke about earlier. He is an expert on the RS4 B5 and he also worked on the original Audi quattro programme. ABT Sportsline are also experts in their field with this car, especially when it comes to tuning. 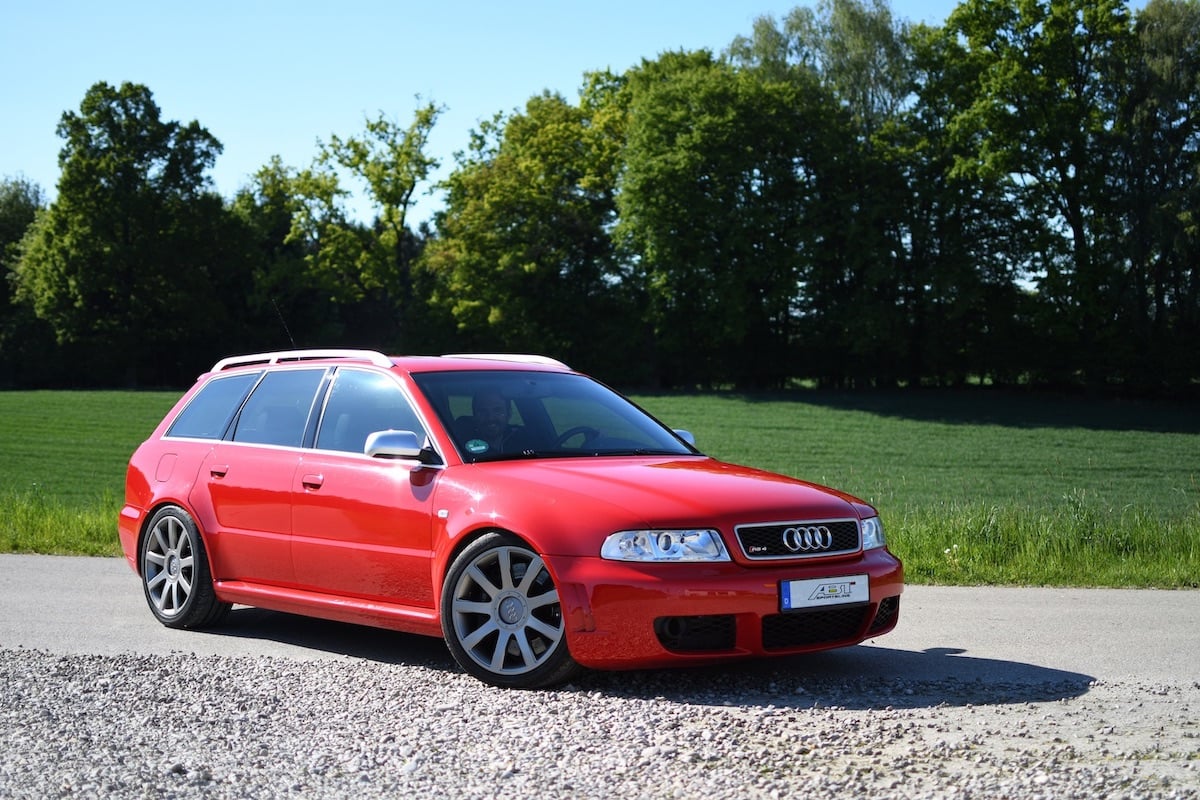 “He knows every part of these cars in detail, and he still buys and restores them - this is everything from the engine and gearbox, to suspension and new paint-jobs. I would find one I like, then go and speak to someone like him for some advice on what to do next.” 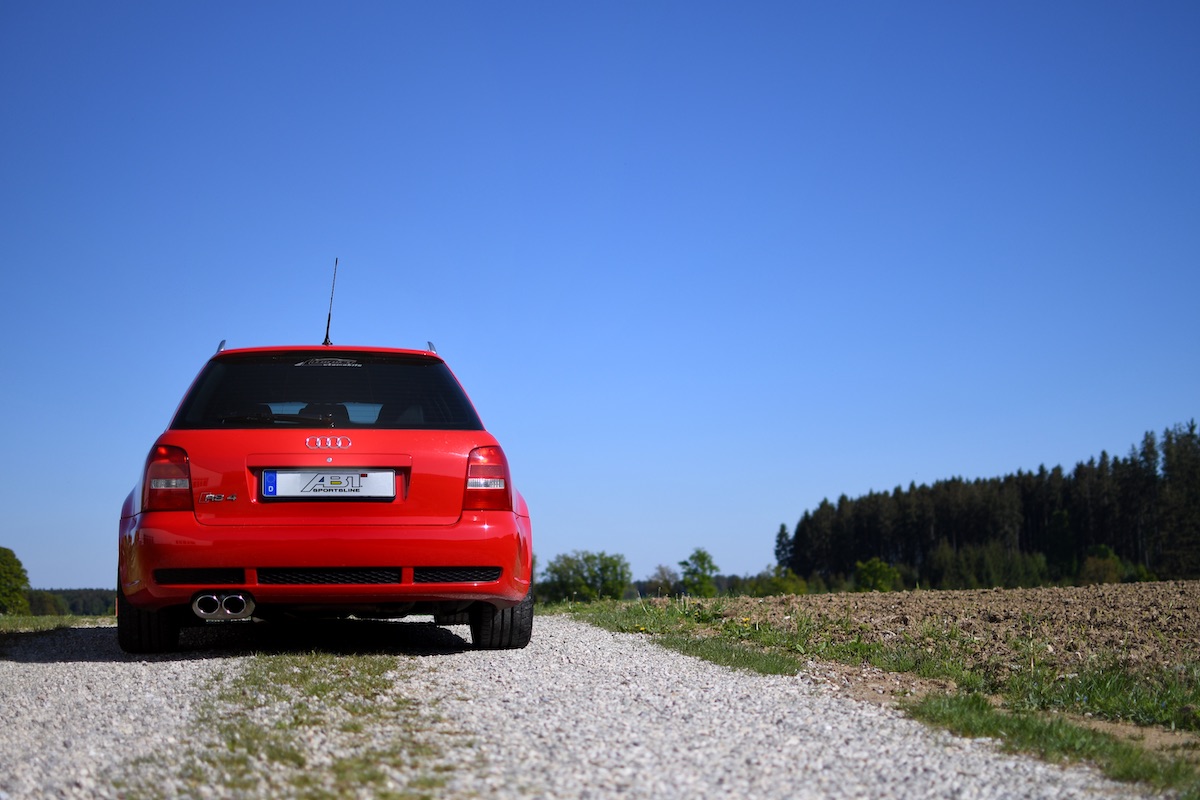 
With prices starting at around the £20,000 mark, the Audi RS4 B5 is still a relative bargain for a modern classic car. There are fewer ways to combine mind-bending speed and four-wheel-drive traction with understated Q-Car styling and an old-school mechanical, no-nonsense driving experience. Yet move quick, as good examples are becoming scarce. In no time at all, the Audi RS4 B5 will only appreciate in value.

Alongside a big thank you to Florian for taking time out of his schedule, Dyler.com would also like to extend their thanks to ABT Sportsline who allowed him to take part and feature his own car in this interview.