As racing drivers go, there are very few in the world who can claim to be as adept at circuit racing as Mike Rockenfeller.

Since bursting onto the international circuit racing scene as a rookie with Porsche in the GT2 category of the now-defunct FIA GT Championship, the friendly and easygoing “Rocky” - as his fans and followers call him - has a CV that any circuit racer worth their salt would sell their granny for.

With two victories at the 24 Hours of Le Mans, a DTM title, plus various other wins and podiums in some of the most prestigious events on the motorsport calendar including the 24 Hours of Daytona, the Nürburgring 24, and the Sebring 1000, the 37-year-old’s race history reads like an impressively-complete bucket list.

However, 2021 will most likely be different for the approachable Rockenfeller. The COVID-19 pandemic means that drivers and teams are still apprehensive about the coming year. What’s more, Audi - the manufacturer Rockenfeller has been with from 2007 and with whom he took the DTM title back in 2013 - has withdrawn from the DTM.

From Audi in the DTM to the Virtual World eX Championship

Despite still being part of the Audi family, the 37-year-old is still awaiting confirmation of his 2021 programme. As a result, the affable Rockenfeller has turned his attention to the development of the RCCO World eX Championship - an rFactor 2-supported sim racing series for electric prototypes.

“Well, there are two reasons why,” Rockenfeller explains to Dyler.com. “Firstly, I now have three kids and that changes you. I’m happy to admit that when I was younger and environmental consciousness wasn’t really talked about widely in the media and the society, I didn’t really care that much about green credentials and such things. 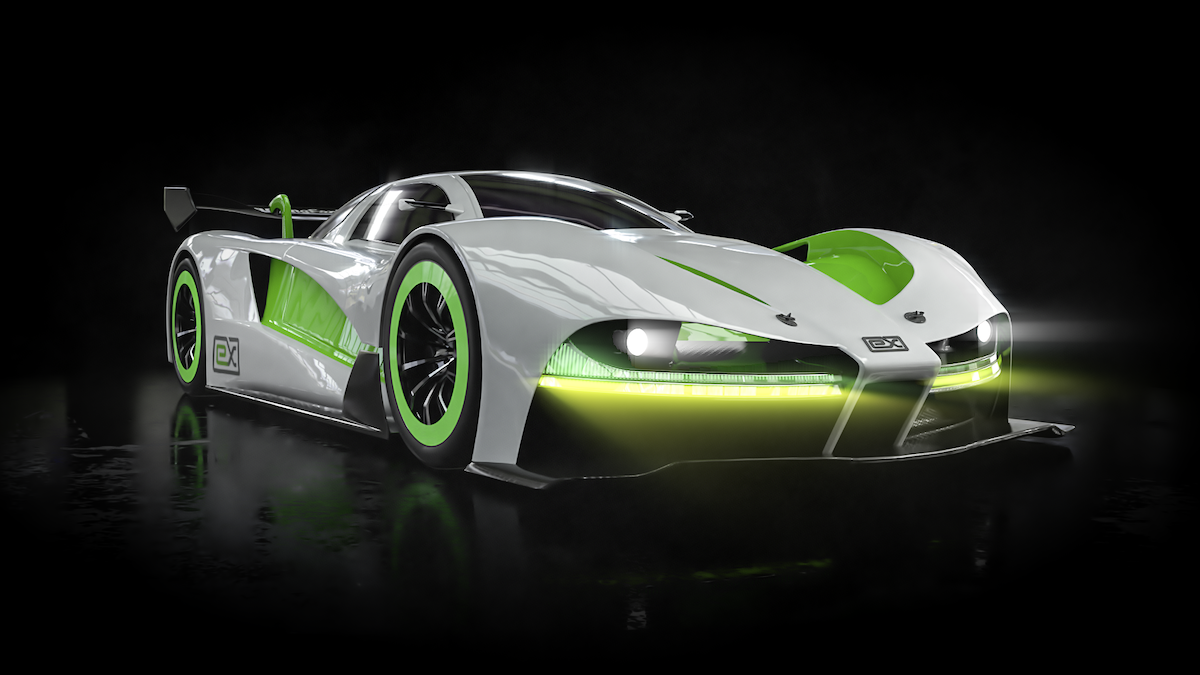 The eX Zero - the 1,000 bhp machine that will race in the World eX championship
© World eX

“But when I had my first son, that was when I started to think more about the environment, because every parent thinks about the sort of world they can leave for their children. In my private life or as “Citizen Rockenfeller”, I try to do my best when it comes to reducing waste, and I definitely try to teach my children about why it’s important to take care of the environment even if they are very young.

“Secondly, as a racing driver, I think the electric revolution is inevitable and something we should embrace. At the end of the day, motorsport is just something that car makers do because they need to sell cars and promote themselves as being part of this sustainable movement - that’s why last year, Formula e had the most manufacturers out of any FIA-sanctioned motorsport category.”

To put Rockenfeller’s comment into perspective, at the end of the 2020 Formula e season, the all-electric series had 10 manufacturers - Audi, BMW, Porsche, DS, Jaguar, Nissan, Mercedes-Benz, Mahindra, Venturi, and NIO - amidst its ranks.

To explain how a non-traditional approach to motorsport such as electrification or the use of an alternative fuel can still “put on a great show” for motorsport fans, Rockenfeller refers to his two-year stint on Audi’s LMP1 programme from 2010 to 2012.

Rockenfeller’s openness to different ways of going racing becomes even clearer when he rejects naysayers’ descriptions of non ICE or gasoline-powered race cars and series as not “real motorsport.”

“Well, “real motorsport” is a difficult term to define, isn’t it?” he asks rhetorically. “If you ask me, I think that a race car needs to be fast, and it needs to be a little bit frightening - that’s it.

“I remember when I was a kid and watching races with my parents at circuits, I would think to myself that I’d never be able to drive as fast as the guys I was watching - however, as racing became my job, I learned sound just makes a car feel faster than it actually is. 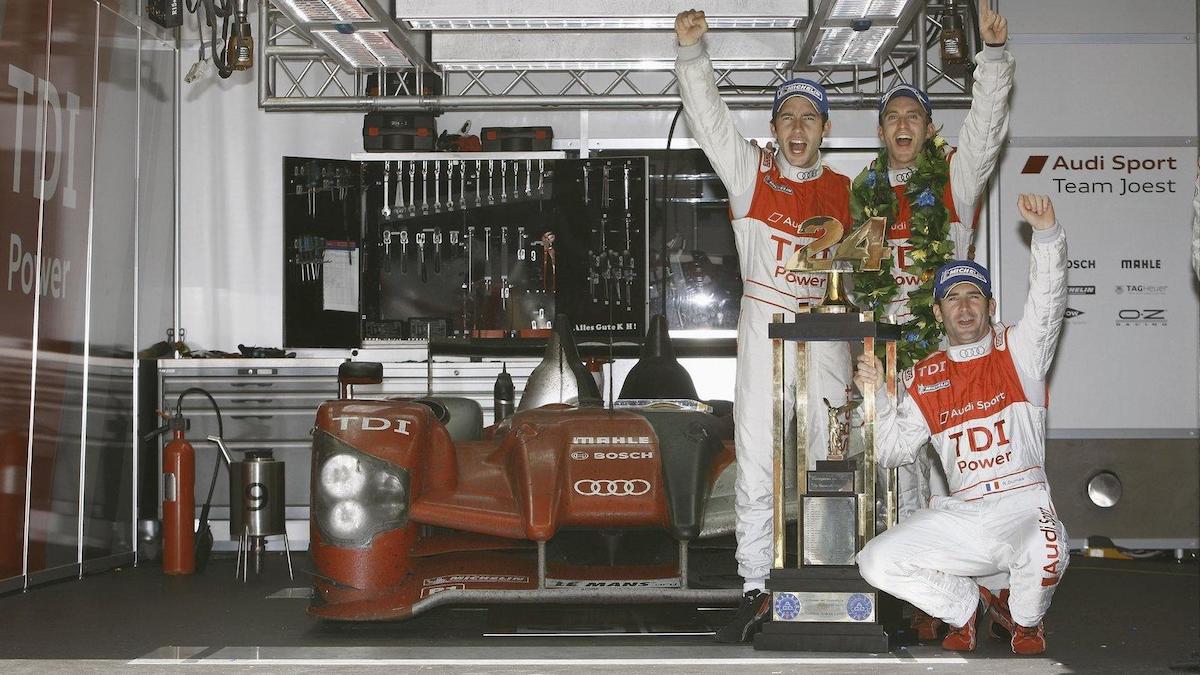 Rockenfeller (left) after winning the 24 Hours of Le Mans with teammates Timo Bernhard and Romain Dumas and their record-breaking Audi R15 TDI plus
© Motor1.com

“When I joined Audi’s LMP programme, we were using the diesel TDI engine to try and achieve as much efficiency as possible without compromising on reliability and performance,” he says. “Nobody had ever used a diesel in sports car racing before, and there was a lot of outcry amongst purists who were saying “you can’t do this and it’s not right to have a diesel prototype” and all this sort of thing.

“Yet whilst these diesel LMP1 cars were super quiet compared to say the Corvette CR.7 which is a really noisy GT racing car, the fact remains that the R15 and the R18 Audis were super fast and some of the fastest race cars I have ever driven - the racing at that time in the FIA World Endurance Championship was also some of the best it has ever been.

“What I’m trying to say is, is that race cars - whether they’re powered by gasoline, diesel, electricity, hydrogen or another fuel source we haven’t worked out yet - will always make a noise from their gearbox, drivetrain, or any of their other mechanical components.

“Even the engine makes a noise - it’s just one we aren’t used to yet, which is why it gets criticised. I’m sure that when some fans see that an electric car or whatever can put on a good race, then they won’t mind so much.”

An Introduction to the 1,000 bhp eX Zero

Clearly, Rockenfeller’s decision to get involved in the virtual World eX project has been influenced by his on-track experience in everything from the later LMP1 Audis and the V8 - then turbocharged - DTM cars, to GT Corvettes and Daytona prototypes.

However, it’s his admission that the Porsche Taycan also served as a “change my mind” moment in his attitude towards electrification that’s a surprise given his dyed-in-the-wool credentials as an Audi man.

What’s more of a surprise, is that he’s happy to go on record in explaining how Porsche’s first full ground-up EV - along with everything else in his racing career - has also influenced the eX Zero ; the car that will be used in the World eX Championship when the series begins on March 11, 2021.

“I recently drove a Porsche Taycan Turbo S, and to be honest, I was really surprised,” Rockenfeller says. “I’ve driven a lot of Porsches in my career - both road cars and race cars - and the Taycan really brought up those same sensations and emotions you feel when you drive an ICE-powered Porsche like a 911 or something. 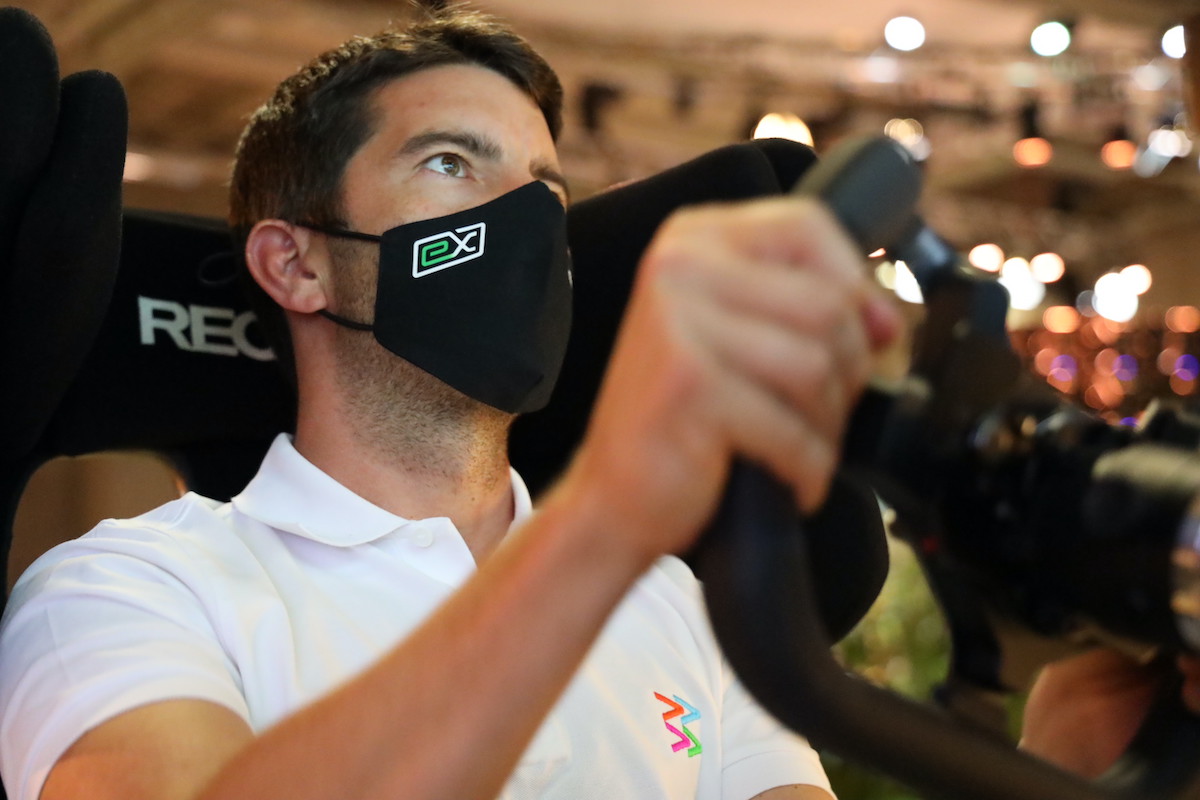 “I’m a bit of an old-school guy when it comes to road cars, but I was absolutely thrilled with how the Taycan drove - the power was instant and the handling was everything you’d expect from a Porsche. I won’t say that I prefer ICE cars or that I prefer EVs because I still think there’s some way to go for electric cars to go in terms of range and infrastructure, so I think the two will have to work together for now.

“However, the fact remains that electric cars are really fast and I really believe that they can put on a really good show, which is what we’ve tried to do with the eX Zero and the World eX Championship.”

The eX Zero is an all-wheel-drive, ground-up EV racer, which has been designed using input from Rockenfeller and the rest of the World eX community, which includes ex-F1 driver Romain Grosjean, and eSports star Erhan Jajovski. Long-term Audi partner ABT Sportsline has also joined the fray to provide technical support in the car’s development.

The results? Surely it’s only fair that Rockenfeller explains.

“When we set out in World eX, we wanted to create a car that was fast, because as a racing driver, that’s the main thing you want,” he says. “We also wanted to make it as light as possible because even though it’s a virtual machine, rFactor 2 is a simulation and not an arcade game. Of course the extra weight from the batteries will affect how the car handles, so I’m happy we’ve kept the eX Zero’s weight down to 1,000 kilograms.

“We didn’t want to go silly with adding too much downforce because when you do that, it takes away from creating good racing which ultimately is what we’re trying to do here. The car also has 1,000 bhp, all-wheel-drive, and no driver aids, so even if you are a professional racing driver like me or Romain, you will make mistakes, you will slide around, and you will really have to work behind the wheel.”

Alongside the promise of great racing, Rockenfeller reveals that the flexibility of the rFactor 2 platform means that the series can travel anywhere it likes in the world. 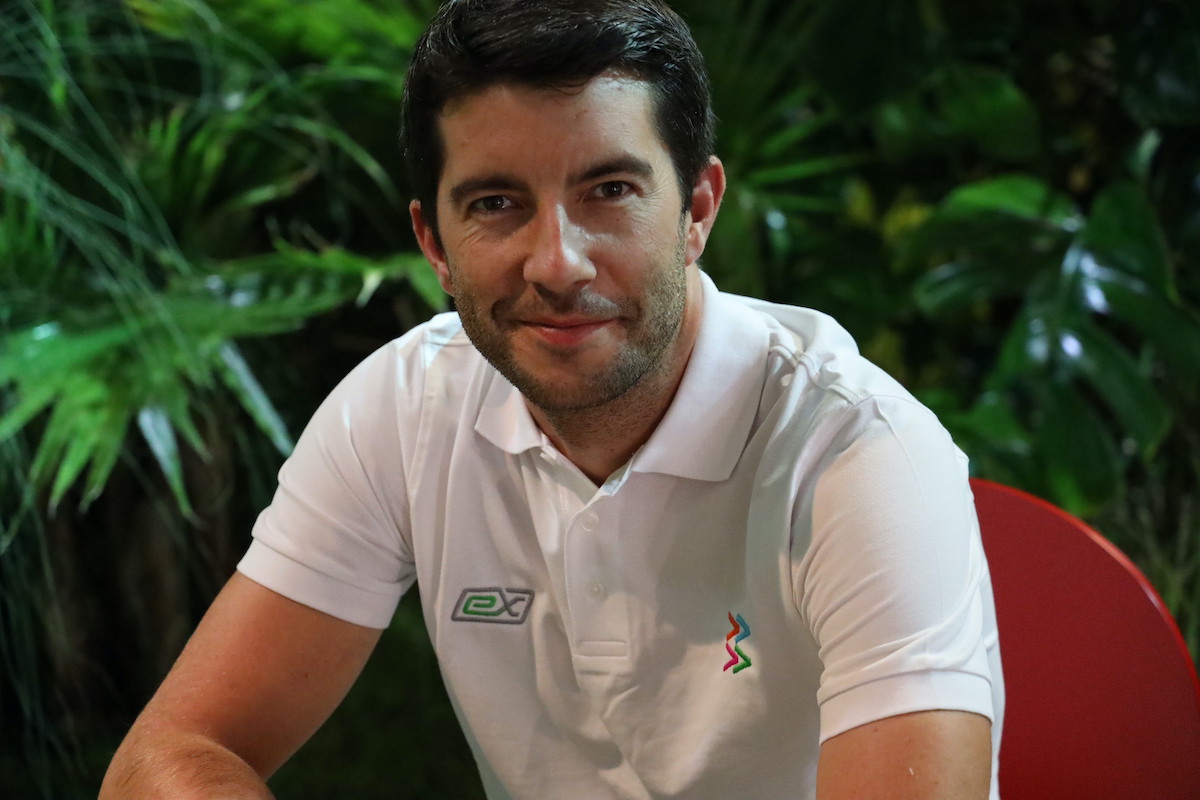 Ahead of the inaugural season, the team chose also a virtual track in the Dutch city of Maastricht to show what is possible if a city is keen to showcase its green credentials and help build the World eX story.

By 2030, Maastricht aims to be completely carbon neutral, and the city works closely with the Cool Maastricht platform and Maastricht University to raise awareness around environmental issues and the creation of various green initiatives.

“For the first season, we’re using the tracks that are already integrated into rFactor 2 because they include some of our favourites like Silverstone, Spa and Sebring because they’re challenging and usually throw up some really good racing. But where we race under the hashtag of #RacingForTheClimate, in the future, we would like to host countries and cities who are doing really well in terms of sustainability.

“If any city or municipality in the world wants to showcase their green credentials in a way that has never been done before, then we’d be more than happy to build a virtual track for them and tell a story about why they are forward thinking in their approach to addressing environmental issues.”

“For now, though, World eX in 2021 is simply about building the project, improving the eX Zero as a package, and showing what we can do.”

If you want to follow Mike in World eX and discover more about the venture, you can do that by clicking these three words. If you’re up for the challenge, click here to download rFactor 2 via Steam.

Should you be interested in owning any of the cars mentioned in this story, please visit the Dyler homepage to take a look through our listings.