When car manufacturers decided to offer their fans something extraordinary, they came up with the Zagato. The true embodiment of the racing spirit, these fast and light cars proudly bear a lighting-shaped Z logo. The best models of the Zagato can definitely be included among the car design masterpieces.

The company was founded in Milan in 1919, after Udo Zagato decided to use his aviation industry know-how in the car manufacturing sector. at that time, cars were quite heavy, so he quickly earned a name with his light and aerodynamic cars.

Over a number of years, Zagato also became a synonym for Italian bodywork production. Nowhere else in the world was the art of bodywork cultivated as much as in Italy. For decades, the models that were conceived in this country influenced mass-produced car designs. The Italians were always known as masters of design, but even among them the Zagatos stood out with their ability to continuously create especially attractive and talked-about models, which were often ahead of their time.

The four decades from 1925 through 1965 were the times when the company enjoyed the greatest fame. First, let us talk about the sixties, one of the most interesting periods that saw the birth of several legendary Zagato models. The company itself defines the cars produced in this as Fuoriserie cars, which means "cars made to order". The demand for custom-made bodywork was especially high at the time, and the Zagato became respected even more after Udo Zagato received the Compasso d'Oro prize for designing the Fiat Abarth 1000 Zagato.

The company started receiving increasing numbers of orders and defined their main mission as the creation of interesting styles of bodywork, into which the manufacturers could fit their units. For this reason, it was critical that the company shifted their focus from manual to mass production. For this purpose, they needed more space to bring their ideas to life. Thus, in 1962, the company moved to new production facilities in Northern Milan, where a number of truly wonderful cars were born.

We have selected three of the most famous Zagato cars from the sixties.

Conceived for the Aston Martin brand, the Aston Martin DB4 GT Zagato was beyond any doubt the most impressive Zagato creation of the sixties. After the wizards at Zagato performed their miracle, this British car, as well as being the most powerful of its time, became a true sculpture on wheels that fetches mind-numbing prices today. Many experts consider it to be the most beautiful Aston Martin ever - it is just about perfect from any angle. This masterpiece became the Zagato calling card for a long time. It is undoubtedly one of the most famous creations of the company.

It all began after the Brits asked Zagato to create a car that could compete with the Italian-made Ferrari 250GT. Aside from adapting the design, they had to make the car lighter and faster, and improve its aerodynamics. By using more aluminum and removing the non-essential parts (e.g. the bumpers), Zagato was able to shave about 50 kg from the DB4 GT. Additionally, slightly more rounded shapes were adopted to improve the aerodynamics. Presented in 1960, this model was a perfect blend of Italian and British style philosophies. 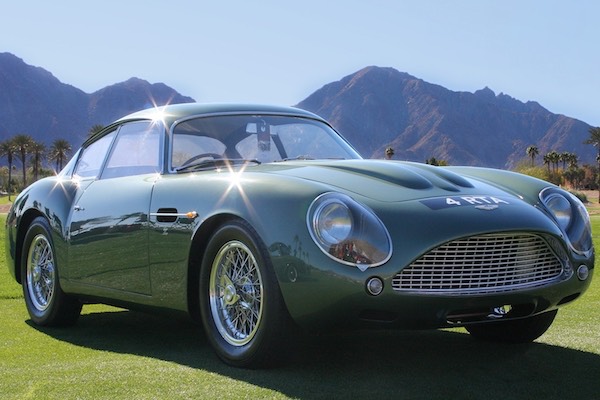 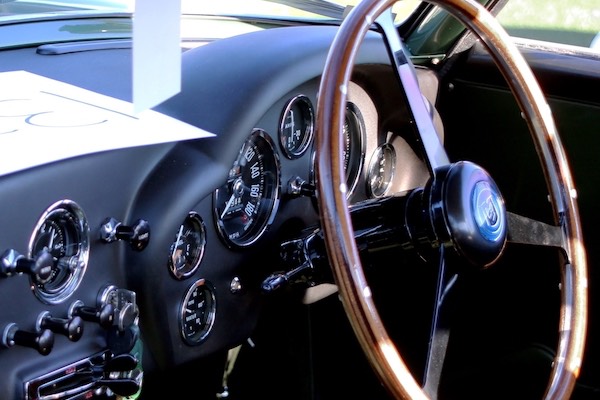 This speedster was made for racing tracks but was suitable for normal roads, and came with a price label of 5,470 pounds. It featured a 3.7 l six-cylinder engine that was beefed up to 314 hp. Six seconds was all it took to accelerate to 100 kph.

Still, the improved model did not achieve the track success Aston Martin hoped for. Even though the car was never fast enough to beat the Ferraris, it fetches millions at auctions today, which is more than adequate compensation for the lack of success on the track.

Only 19 original cars have ever left the Zagato workshop, which has made this model such a valuable and collectible vehicle today. An Aston Martin DB4 GT Zagato that was made in 1962 became the most expensive British car ever to be sold at an auction, fetching 9.45 million pounds at RM Sotheby's in New York in 2015.

It was the first joint effort of Zagato and Aston Martin and the debut project for Ercole Spada, the first official Zagato designer. Because of the astonishingly good outcome of this partnership, the companies went on to develop many other models together.

The Alfa Romeo Giulia TZ-2 was another beautiful Zagato creation of this period. Conceived in 1965 by Ercole Spada, the model nomenclature stands for Tubolare Zagato, Series 2. It was famous because of its tubular space frame chassis and its use of s fiberglass material.

It was a race track version of the regular Giulia that was famous for its immaculate design and engaging driving experience. It was powered by a 170 hp engine and was capable of achieving 245 kph.

Only 12 Alfa Romeo Giulia TZ-2 cars were ever produced. Its current value is estimated around 1.5 to 2.5 million USD. 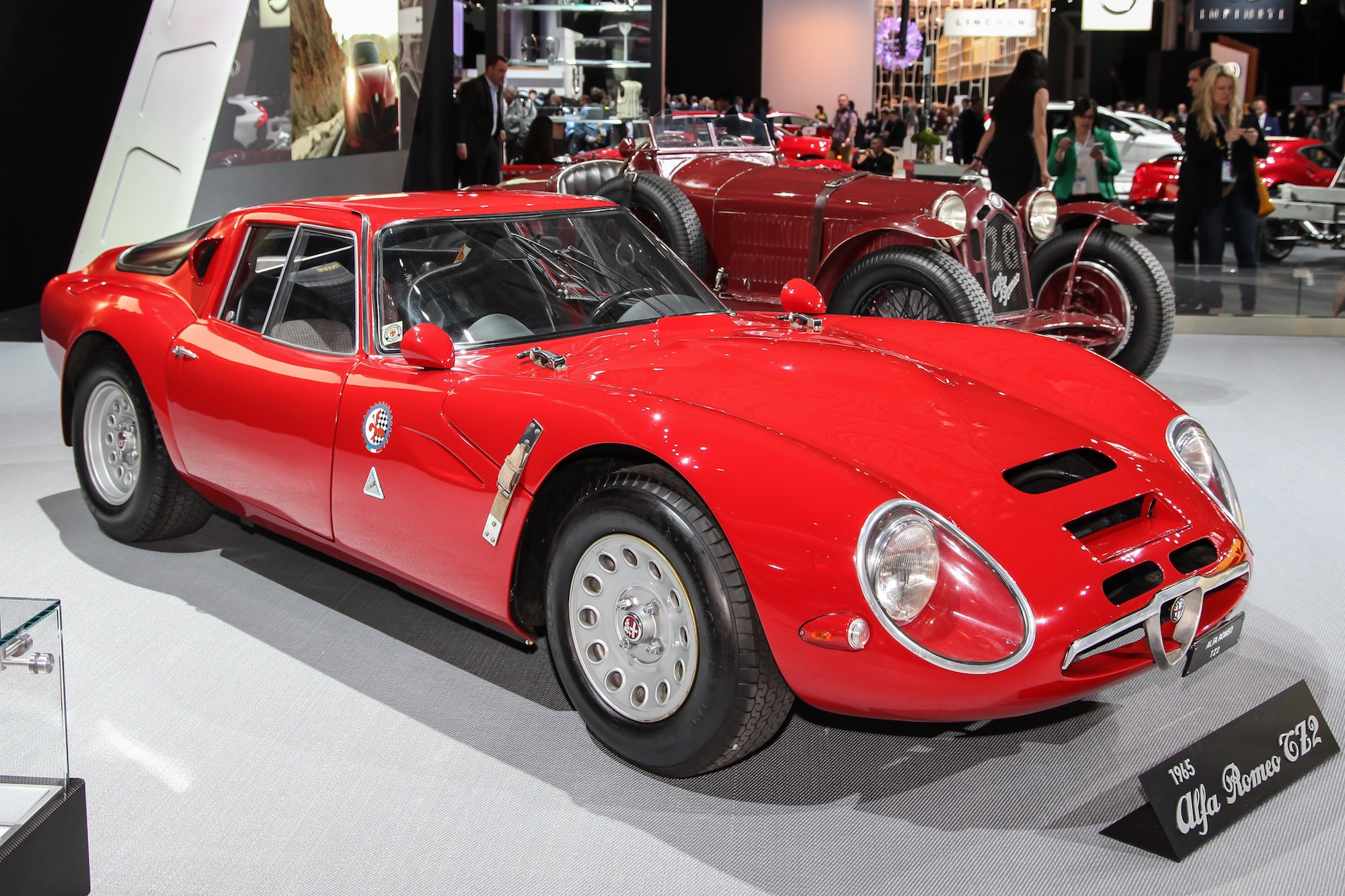 Launched in 1965, the Lancia Fulvia Sport Zagato was another hot topic for discussions. Although unmistakably a Zagato, it was quite different from previous models. Quite forbidding in its appearance, it was the result of changes in the Zagato style and the decision to finish with classical motifs.

The regular three-box Fulvia was refitted in a way that resulted in the appearance of this 2-seater coupe that was ahead-of-its-time. It was different from its predecessor in many ways, although some accents were preserved - for instance, there was a fluid connection between the back windows and the roof.

Although surely not as fascinating as the DB4 GT Zagato, it was still an exceptional car of its time. Nonetheless, its controversial design and high price meant that it was not a sales success, and after the takeover of Lancia by Fiat in 1969, the fate of joint efforts such as the Fulvia Sport Zagato was sealed almost overnight. 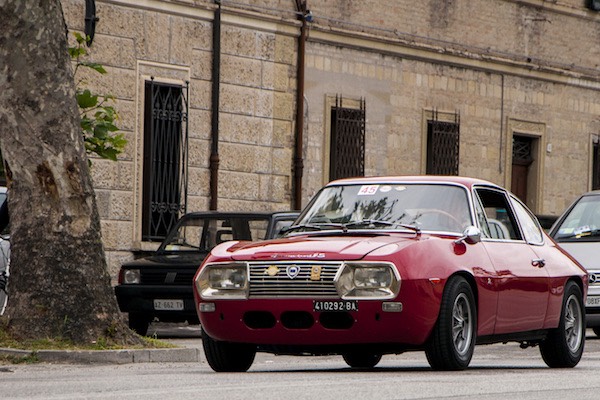 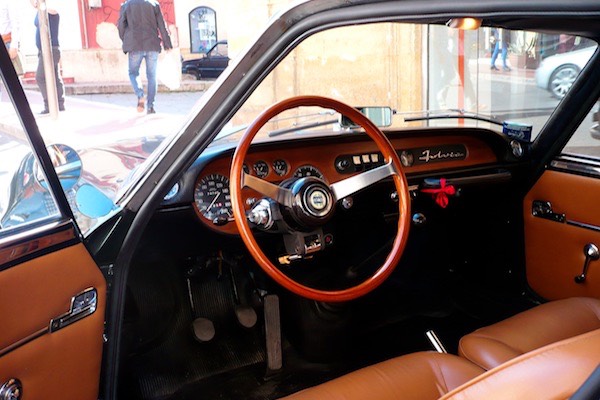 About 7000 units were made. From the perspective of Zagato, this was one of the most popular vehicles because the Zagato models were usually produced in very limited numbers, which made Zagato special among the other famous Italian body manufacturers.

For this reason, today's prices for the Fulvia Sport Zagato are quite affordable for collectors. Anyone wishing to put this piece of the Zagato history into their own garage should expect to part with between 30 to 50 thousand USD.

In summary, the sixties marked quite a colorful period in the Zagato history. After the death of Ugo Zagato in 1968, the company was managed by his sons Gianni and Elio. In the early seventies, Zagato opened a new manufacturing plant and diversified their activities: Zagato Car continued manufacturing cars; and Zagato Design was engaged in design solutions for the electronic industry and the production of armored vehicles.

Zagato had many glorious moments and dazzled the world with truly impressive projects such as the Aston Martin V8 Zagato in the eighties or the Aston Martin DB7Z in 2003, but the sixties will always be one of the most successful and productive decades in the history of this Italian design company.