The Most Important Aston Martin in the History

Which model is the most important in Aston Martin history? The most popular choice to that title would be DB5 from Goldfinger, however, according to classic cars experts, it is DBR1. Recently it was sold at Monterey for a hulking $22.6 million and became the most expensive British car ever sold at auction.

DBR1 chassis #1 surpassed the record, that was reached by the superb Jaguar D-Type XKD 501, when it changed hands for $21.78 million in 2016. There was never any doubt that the Aston Martin DBR1 reigns supreme among the 1950’s sports racers, and consequently among the very, very few epitomic examples of the sports car genre. But what reasons Aston Martin DBR1 made so special?

First of all, the DBR1/1 was the only one of the five examples to ever be offered for public sale (historically the Le Mans winner DBR1/2 is the most desirable), it is the firm's equivalent to the Ferrari 250 GTO and Mercedes-Benz 300 SLR. Secondly, DBR1 was the final two-seater sports racing car of the David Brown period, when “DB”, perhaps the best-known initials in the motoring world, badged sporting legends were born. 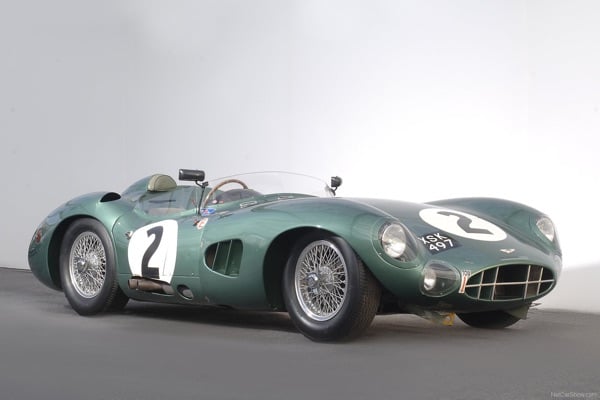 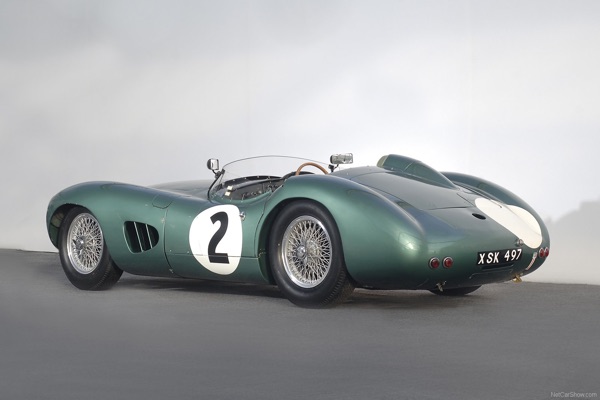 Worth to remember, that in 1947, then a small British automotive manufacturer Aston Martin was up for sale after falling on hard times during the Second World War. After answering a newspaper advertisement, agricultural and engineering entrepreneur David Brown purchased the company for just over £20,500. He wanted to continue the company’s pre-war desire to win the great endurance races and in 1949 made a promise to win Le Mans. Still his early 1950s cars, like the DB1, DB2 and DB3, were underpowered for such a task and even more potent DB3S sports cars of 1953-1955 were also-rans, although one did place second in the 1955 Le Mans race.

However, DBR1 changed everything. Built in 1956, it was a unique car as it was designed (chassis, engine and body) by one man, new race car design chief Ted Cutting. Definitely, it would not happen today! 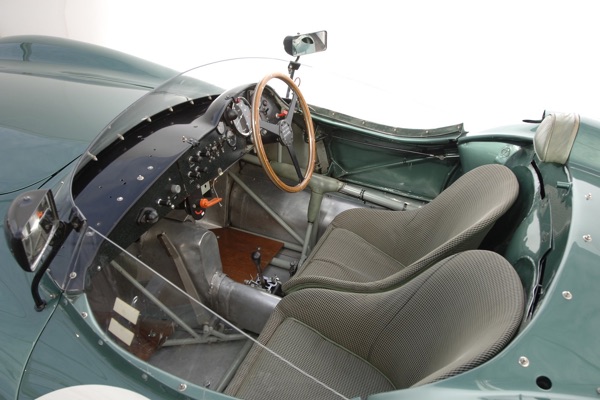 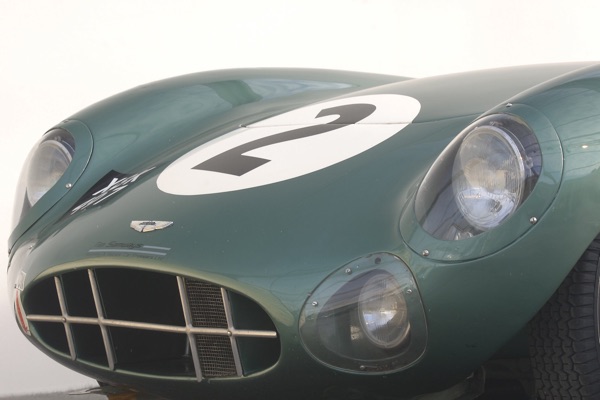 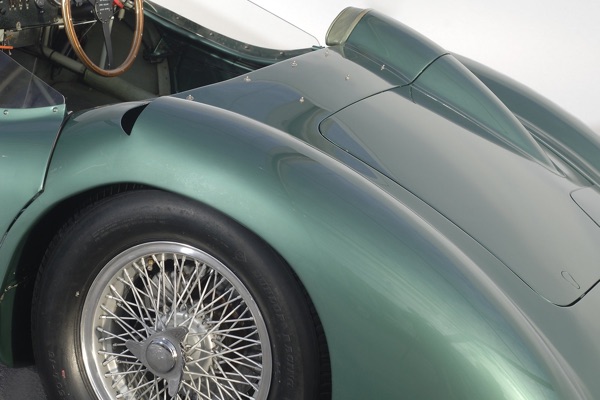 Using a perimeter-type, small-tube spaceframe chassis, the DBR1’s front transverse torsion bar suspension remained much as for the DB3/DB3S but the rear was all-new, with longitudinal (against transverse) torsion bars, trailing links, and Watt linkage rather than central-slide-located de Dion axle. Notably, four-speed box was replaced by a semi-dry sump, five-speed transaxle, and cast-iron rather than forged-steel Girlings had light alloy callipers (a first in racing).

Derived from the VB6 but with little or no common components, the DBR1’s RB6, 2,922-cc engine’s bottom end was substantially redesigned, including a lighter alloy crankcase to cope with the planned power increase; the camshaft drive also changed, from chain to gear-driven. Originally, the 60-degree, twin-plug DB3S head was used which, with triple 45DCO carburettors, increased power over the VB6 to 252 bhp at 6,000 rpm; by 1958 all RB6s had 95-degree heads, with larger valves and triple 45DCOs/50DCOs, increasing power to 242 bhp/255 bhp at 6,000 rpm. 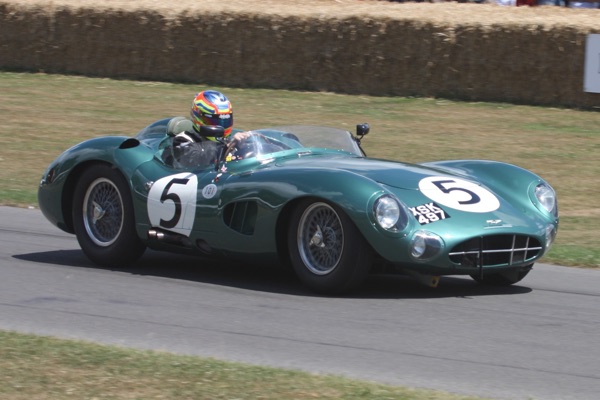 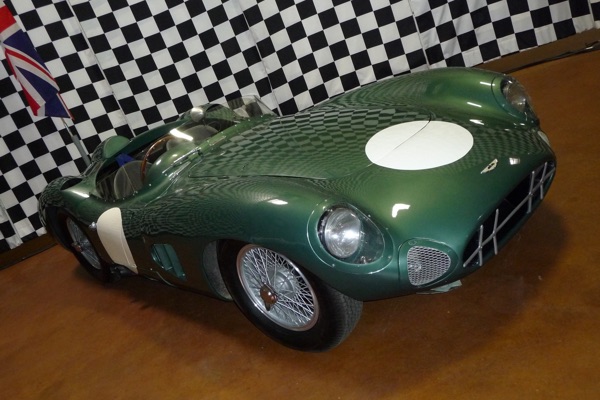 The car was developed very quickly, but it took some time until it became a race winner. The DBR1 made its debut in the 1956 24 Hours of Le Mans and was blown away by the much more powerful competition and retired with an engine problem. In later races it faced many other technical problems. Ironically one of the weak components of the DBR1 was David Brown's own CG537 gearbox. Various changes carried out and when the winning formula was found, DBR1 brought worldwide fame to Aston Martin with triumph in the World Sports Car Championship in 1959. A feat only made possible by three glorious victories (the championship comprised five qualifying rounds). 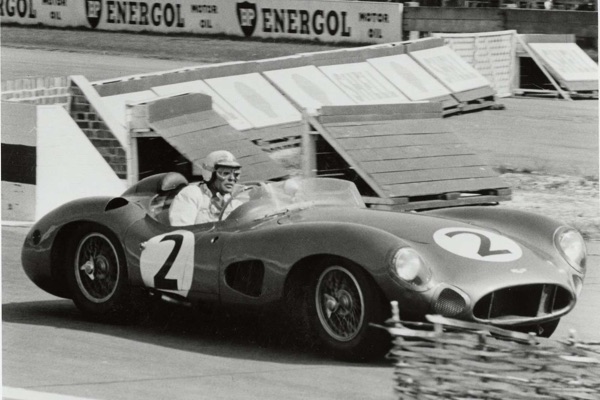 As Le Mans was the sole focus for Aston Martin, weeks prior to the big race the team used the Nürburgring 1000 km as a warm-up, and DBR1/1’s, raced by Stirling Moss and Jack Fairman, was the fastest car.

Aston sent three cars to 24 Hours of Le Mans and one of them, driven by Carroll Shelby and Roy Salvadori, took a long waited trophy. Finally, the company fulfilled David Brown’s dream 10 years later after his promise. As Aston Martin was now only trailing Ferrari by two points in the World Championship, they were pushed by a new challenge. After DBR1/2 victory and with the help of the fourth place by DBR1/4 in the RAC Tourist Trophy, Aston Martin became World Champions. Ultimate prize of the World Sports Car Championship was the first time this had been won by a British team. Upon winning the 1959 championship, David Brown announced Aston Martin’s withdrawal from the Sports Car Championship and it effectively ended a chapter of Aston Martin racing. 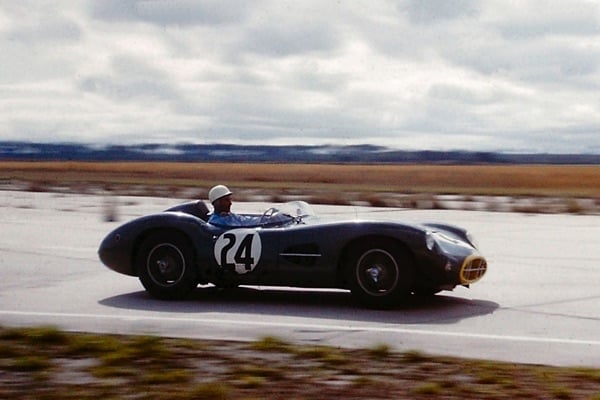 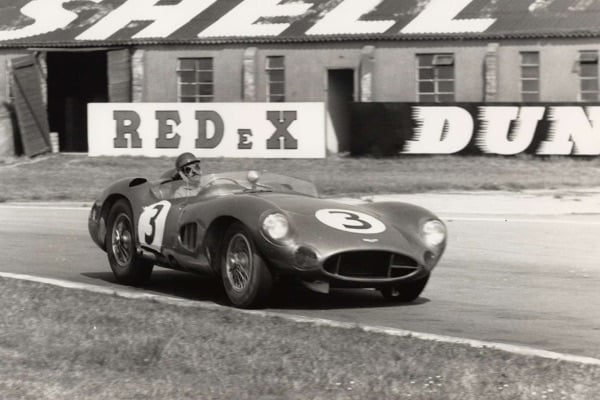 Definitely, DBR1 is an ultimate icon of Aston Martin racing history, and now it sits at seventh on the all-time list for most expensive cars sold at auction. It is unclear, who is new chassis #1 owner, but if you want to admire one of five DBR1, probably the easiest way is to visit The Simeone Foundation Automotive Museum in Philadelphia, where DBR1/3 is a part of magnificent cars collection.