The Volkswagen Elektro-Golf: an Electric Car from 1976

The big car companies usually perform just one mission – meeting customer needs. If they like huge barges that consume 20 litres of petrol per 100 kilometers – great! This is especially true for General Motors, whose global reputation is not the best.

Meanwhile, car makers based in Europe or Japan have always given significant attention to innovations that were often introduced to the public too soon. For example, navigation devices, touchscreens, ABS, instrument panels, etc. Electric-powered vehicles are no exception – although they first came out more than 100 years ago, the continued existence of electric cars was doomed due to the lack of advanced technology.

After that, alternative fuel vehicles that might interest ordinary customers were introduced at least once every decade, but the vast majority of these projects made a single public appearance, were highly applauded by industry experts, and that's it.

Meanwhile, Volkswagen caught the electric car bug several decades ago. After spending years improving the electric drive, the first tangible product was the Volkswagen Elektro-Golf that came to life in 1976. 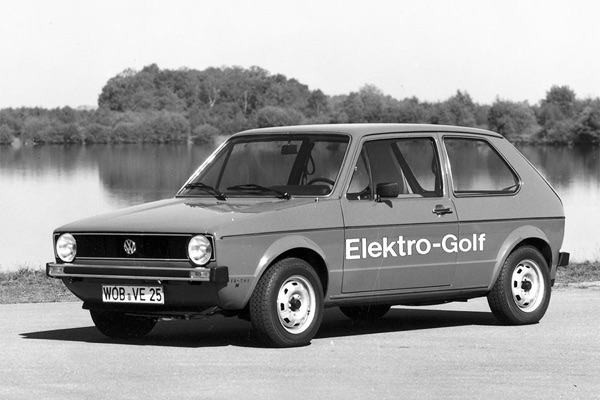 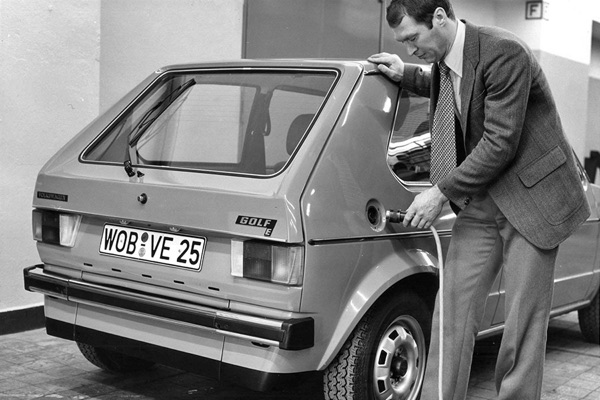 At first glance, the car looked exactly like any other Golf hatchback, but instead of the usual four-cylinder, 75-horsepower petrol engine, it had a 27-horsepower electric motor under the bonnet that was paired with a standard four-speed manual gearbox.

The electrically powered Golf was not conceived just because the engineers wanted to find a new engine that was suitable for the car. The electric car was also conceived because of the severe oil crisis that shook the entire world in 1973. This event forced many manufacturers to invest in more efficient engines, and Volkswagen began testing electric cars, as if it wanted to get ahead of the game. 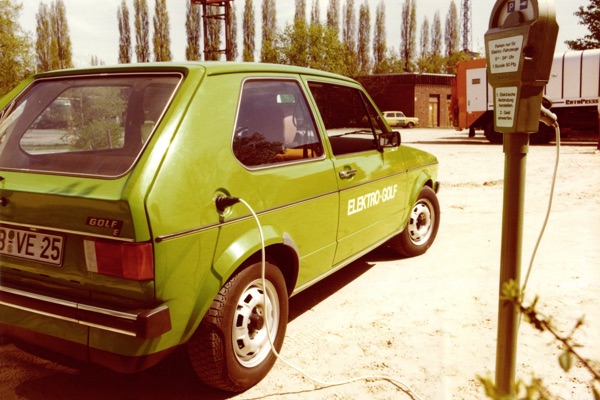 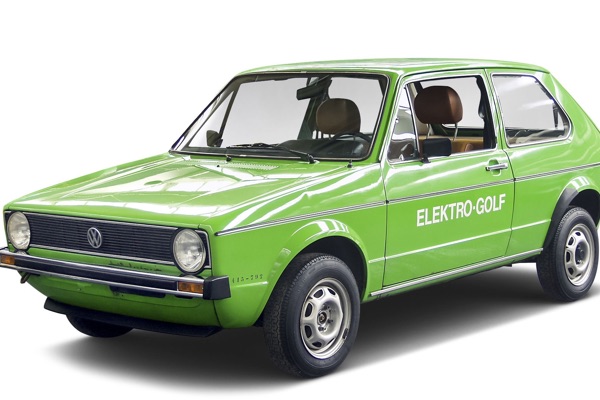 Demonstrating their confidence in this project, the Germans produced 20 Elektro-Golf prototypes that were put out on public roads. Up until 1986, Volkswagen engineers drove these prototypes in regular traffic conditions, collected important information and looked for ways to improve the batteries in the car. 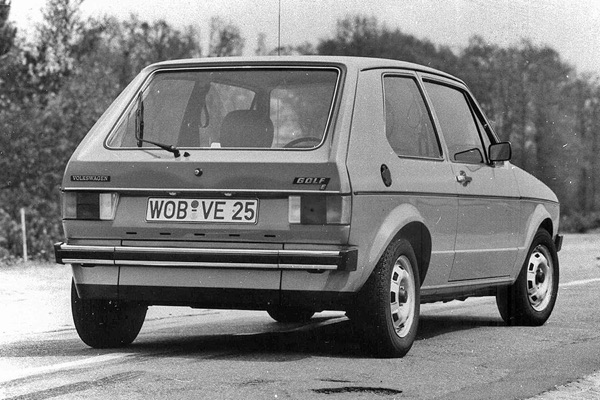 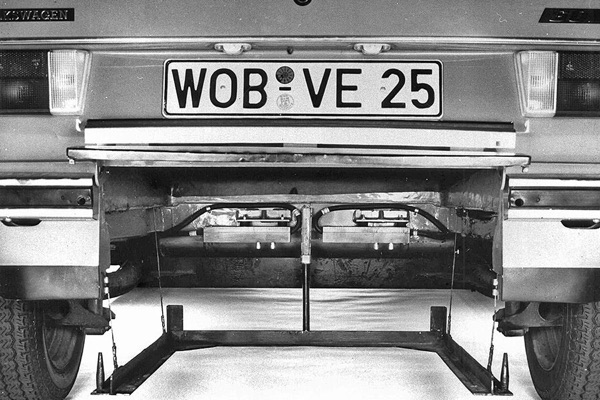 The second evolution of the electric Golf was introduced in 1989. Built on the Mk2 Golf platform, the electric car had an 18.5-kWh electric motor that could produce 25 horsepower and get the hatchback to 50 km/h in 13 seconds. 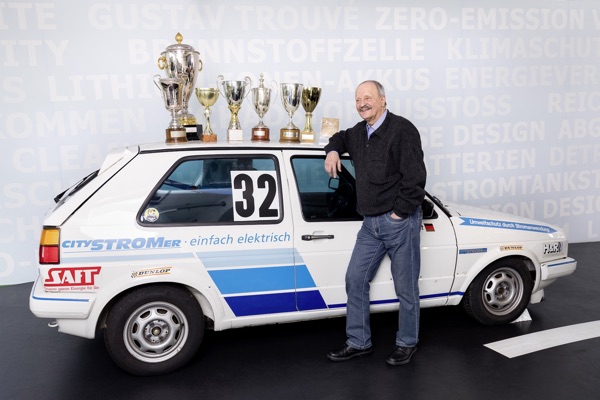 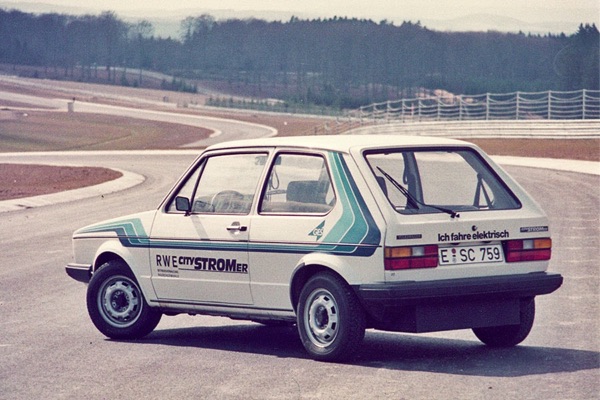 The third generation of the electric Golf came out in 1993. This time the car was developed together with Siemens, whose engineers helped to improve the electric motor. The battery capacity was increased to 180 Ah, and the total weight of the car was reduced by 96 kg. In addition, the car could cover up to 90 kilometres with fully charged batteries, and when they were empty, the car only had to spend one and a half hours in the parking lot to recharge them to 80 per cent. 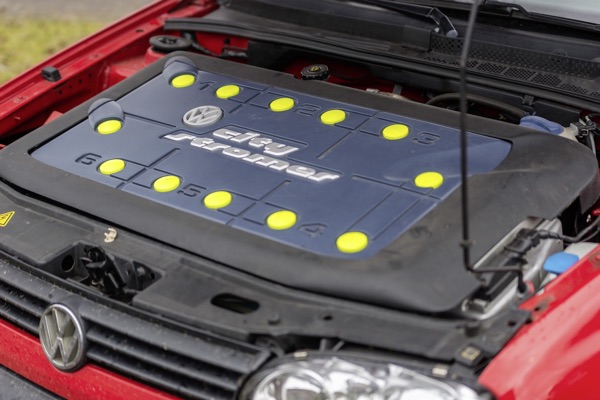 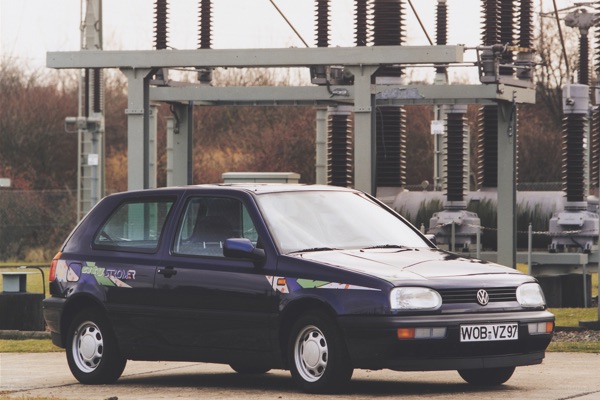 A break and technological development

The breakthrough in electric vehicle development in the 1980s happened for a single and very serious reason: the oil crisis that began in the early 1970s, which pushed automakers to develop more efficient and more economical engines, and forced many governments to impose more stringent emission standards.

Car manufacturers simply did not want to make huge investments into technology that was not of interest to the traditional consumer. Perhaps this is why we had to wait several decades – until 2014 – for the first Volkswagen e-Golf to be ready for production. Ironically, this production version of the electric Golf came out after another crisis that forced many to redefine their priorities. 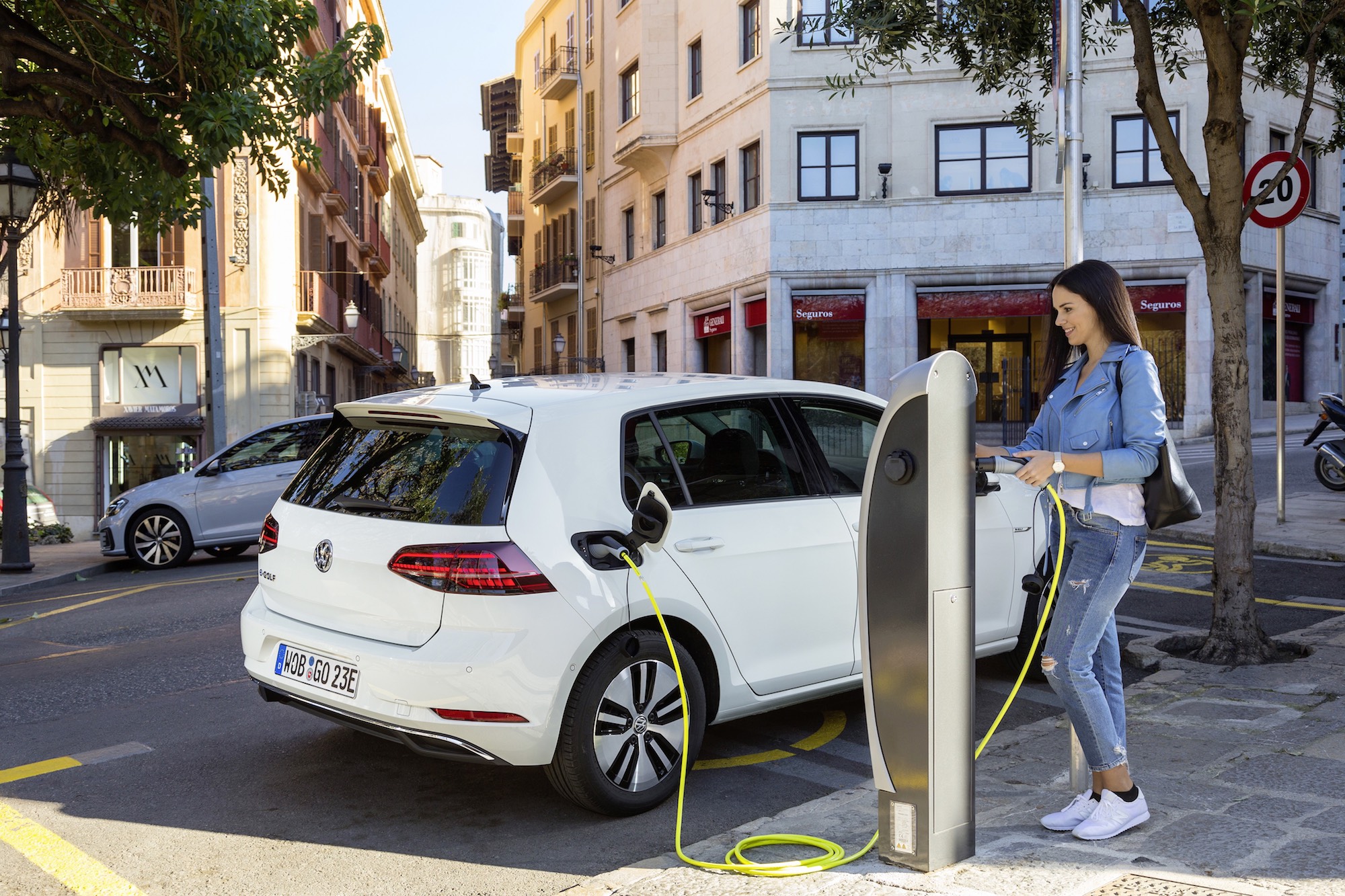 Linking the future with electric cars

Living in 2017, we are constantly hearing promises from various carmakers about upcoming models that will cover at least 400 kilometers with fully charged batteries.

While some manufacturers are making promises and demonstrating an abundance of prototypes at international shows, Volkswagen is taking the initiative.

Volkswagen is preparing to demonstrate a full-fledged electric car next year that will be a continuation of the love story with electric vehicles that began in the 1970s.

The first-generation Golf was the car that showed us how an alternative to the internal combustion engine might look like in the future. We are now on the threshold of serious changes, standing next to which is not one model, but an entire family of Volkswagen I.D. models that will have a range of at least 500 kilometres and will demonstrate a completely different car formula, technologies and attitude towards vehicles.