The Louwman Museum – a Treasure Trove of Automotive History

In just about any major city, you can find some sort of automobile museum on the list of things to see, but The Hague (Netherlands) can truly boast about having a unique place that attracts classic car lovers from around the world. Its Louwman Museum has one of the largest and most spectacular car collections in the world. With over 250 cars on display, it is like a treasure trove of automotive history.

The museum houses a private collection assembled by car importer Evert Louwman and his family. In 1968, the collection was put on display in Leidschendam when the National Automobile Museum was opened. In 1981, it was moved to the town of Raamsdonksveer. The third stop was The Hague, where the modern, purpose-built Louwman Museum was ceremoniously opened in the summer of 2010. "Come on in, it'll really be fun, you'll see cars that you never knew existed," says the museum employee intriguingly at the entrance.

Each model is an important part of automotive history

Indeed, the three-storey exhibition not only covers an incredible 10,000 m2 and seems like it will never end – it is also priceless in terms of historical value. None of the models are here without reason – each of them has something special that earns it a place in automotive history.

"Eight decades ago, my family decided to collect the most important cars in history and preserve them for future generations. The beginning of the Louwman Museum could be considered 1934, when my father bought a 1914 Dodge. We have been expanding the collection ever since," said its current owner, Evert Louwman. 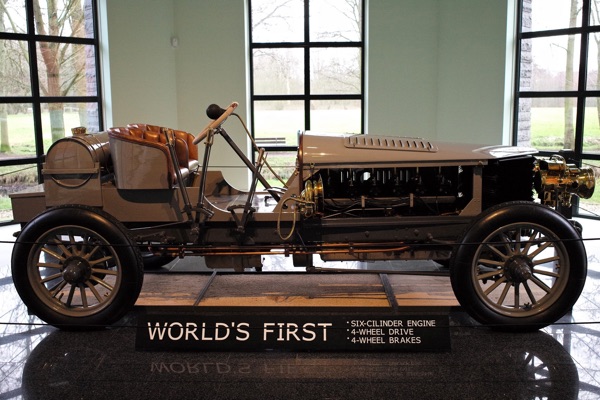 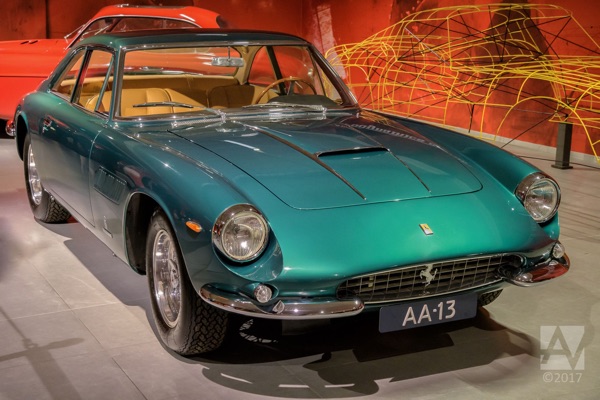 Visitors can learn about the origins of automotive history, since the museum has two of the oldest vehicles ever produced on display: an 1886 three-wheeler designed and built by Karl Benz that was the first patented motorcar, and an 1887 De Dion Bouton & Trépardoux, which is the second oldest car in history. The majority of exhibits at the museum are originals, and some have been restored. As far as which models get the most attention, museum representatives single out the Jaguar D-Type that won the 1957 Le Mans, the Lagonda M45R that won the same race in 1935, the 1924 AC Racing Special, the eccentric 1910 Brooke Swan Car, the hybrid Woods, and James Bond's original Aston Martin DB5. 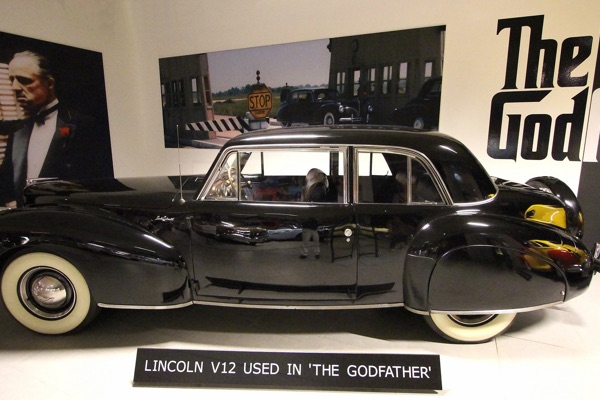 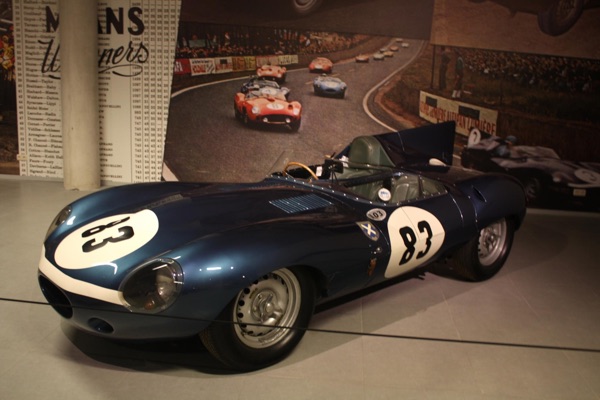 The Brooke Swan Car is probably one of the most astonishing things on four wheels ever. It would definitely be hard to find another car in the world with a swan perched on the bonnet. Such was the masterpiece that appeared in Calcutta, then the capital of British India, in 1910. The car was made to order for a local rich man who wanted to stand out and shock the elite. And he succeeded, without a doubt – when the "driving swan" first appeared on the streets, it created such panic and chaos that the police had to come in to calm things down. 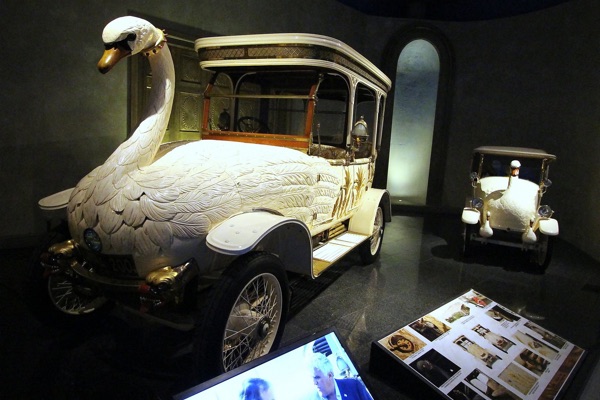 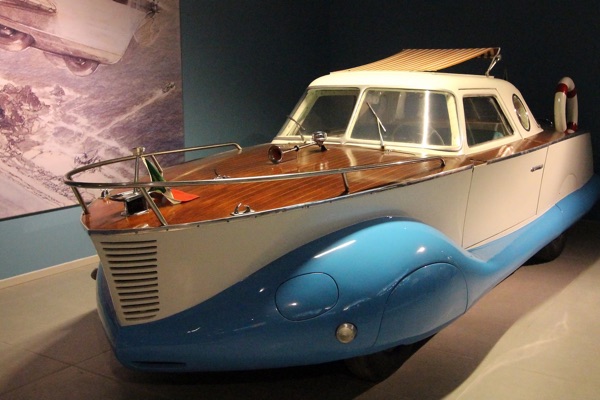 The Aston Martin DB5 produced in 1964 was one of four cars specially designed for the James Bond film Goldfinger. Only three of these cars once used by 007 have survived to this day. 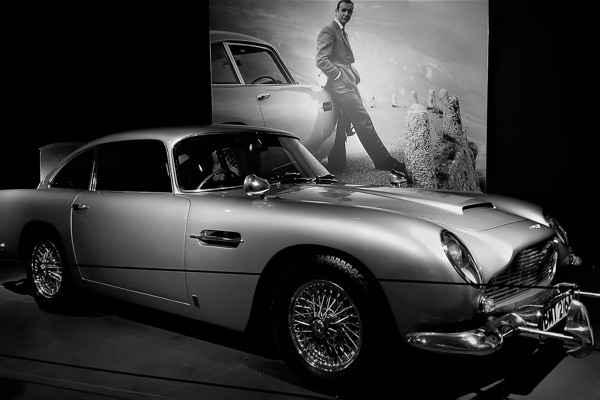 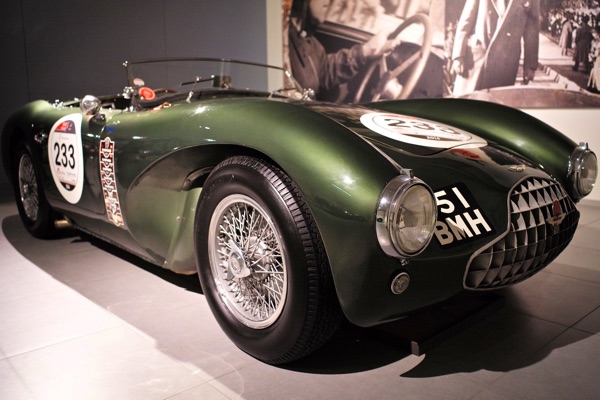 Each exhibit consists of at least a few models that have something in common. The museum reveals huge contrasts between cars produced in different time periods and different countries. For example, the "People's Car" exhibit features a Swedish Volvo PV444 CS as well as legendary models such as the Toyota 2000GT (Japan), the Jaguar XK120 (Great Britain), the Chevrolet Corvette (USA), and the Mercedes-Benz 600 (Germany).

Stepping into another room, at first it's difficult to figure out what a Cadillac Fleetwood and a Humber Pullman have in common. It turns out this is an exhibit of cars owned by famous people. The "King of Rock and Roll" – Elvis Presley – used to drive the Cadillac, while the Humber Pullman was British Prime Minister Sir Winston Churchill's private car. Taking the owner's penchant for cigars into account, a larger ashtray was made for this car by special order. 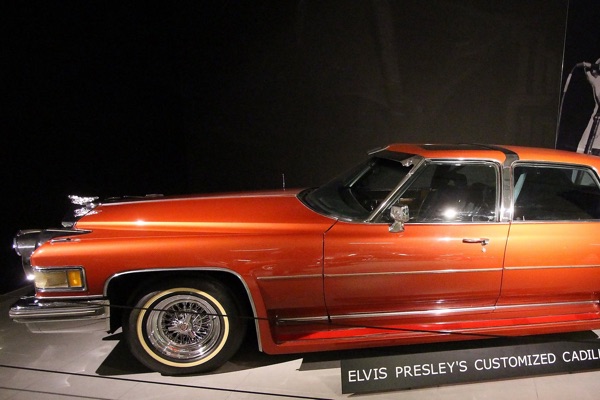 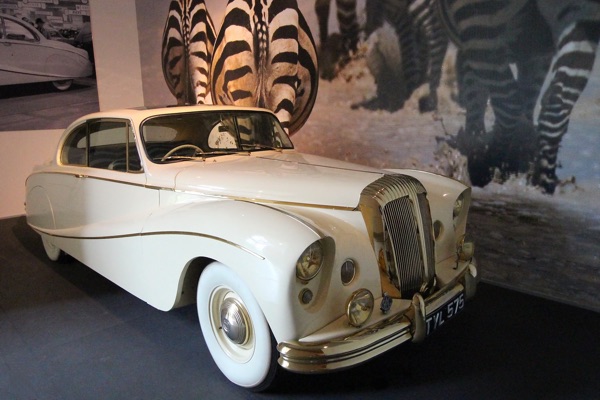 As befits a museum located in the Netherlands, the country's automotive masterpieces play a very important role. Visitors can see the world's largest Spyker collection, which consists of 15 models.

The gems of the sports car exhibit are the antique Ferrari, Maserati and Alfa Romeo models, while the luxury car group is notable for the Bugatti, Rolls-Royce and Mercedes-Benz, to name a few.

The Louwman Museum has more than just cars – various bicycles, motorcycles and other interesting vehicles are also on show. In addition, there are separate rooms dedicated to artwork related to transport. 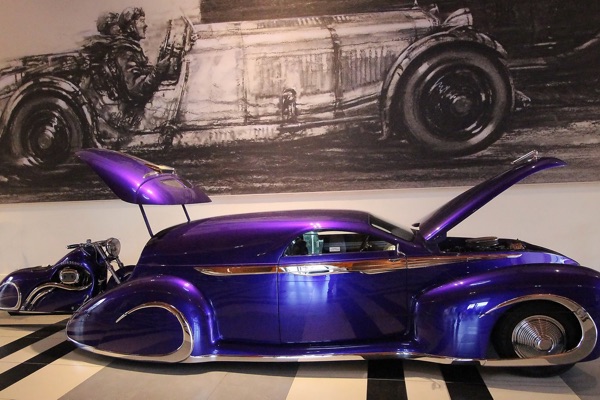 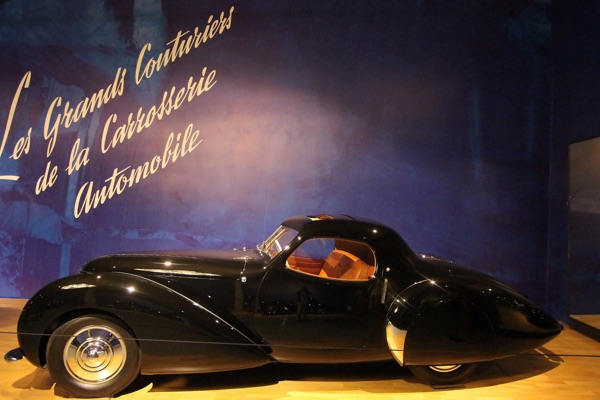 Toyota executives look at the Louwman Museum with envy. For it is in The Hague, and not Japan, that the oldest surviving Toyota AA model is on display. It was long believed that these cars had become extinct, and the Toyota Automobile Museum even produced a ground-up replica for show. 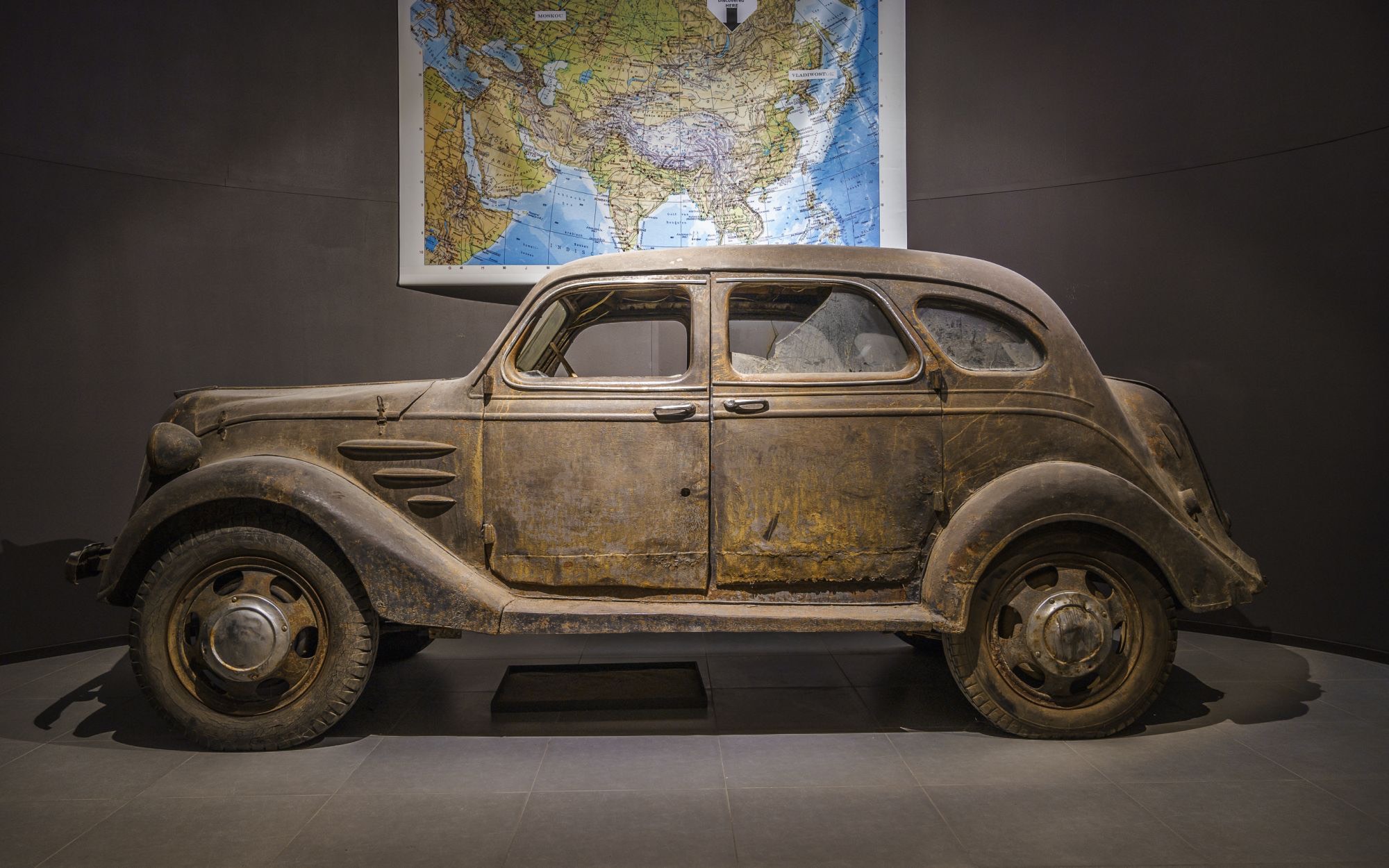 But in 2008, a Toyota AA was unexpectedly discovered in Vladivostok, Russia. This model had been owned by a farmer since World War II, and the Louwman Museum purchased it from his grandson. However, the car took a long time to get to the Netherlands. Since it was more than 50 years old, the Russian Ministry of Culture had to issue a permit for it to be removed from the country. It was eventually shipped to the Netherlands and is now on display in the same condition that it was found, with no plans to restore it. Approximately 1,400 Toyota AA automobiles were manufactured from 1936 to 1942.