When you use the words “tracks” and “ride” in one sentence, you probably have a fearless tank in your mind. But before tanks had started to roam the war fields, tracks were also put on a car. It was the invention of Adolphe Kégresse.

Adolphe was born in France, a city of Héricourt, surrounded by forever-snowy Alps. Perhaps it was one of the reasons why he always had a different point of view when it came to driving to places that no ordinary vehicle could reach. After his studies, the young engineer worked at the French army, although he did not stay there for long. In 1905, being only 27 years old, Adolphe was invited to work in the Russian Empire as a driver for Tsar Nicholas II himself.

When he moved to Sankt-Peterburg, Kégresse did not suffer from boredom, sometimes driving the tsar around the imperial garden. Nicholas II was a passionate enthusiast and collector of new-age toys - cars. At one moment, the tsar had 21 vehicles in his garage. Even by today’s standards, it is an impressive number. Kegresse’s love for cars and mind for engineering was quickly noticed by the tsar and his surroundings. That is why Kégresse got a special promotion, becoming the head of the imperial garage.

The Tsar’s cars, as they should be, were particularly luxurious (for example, Rolls-Royce or Packard). In today’s prices, one year of maintenance would cost over 1,000,000$. It was a lot for a struggling Russia, so various financial auditors started to visit the garage regularly. Adolphe was an engineer, but not a bureaucrat. Dispirited by constant check-ups, he decided to quit.

Both Nicholai II and his nobles saw the talent Kégresse had and tried to convince him to stay in Russia and work for the tsar. In the end, Adolphe decided to stay and continue working in the imperial garage. It determined the creation of his first invention - the half-track. 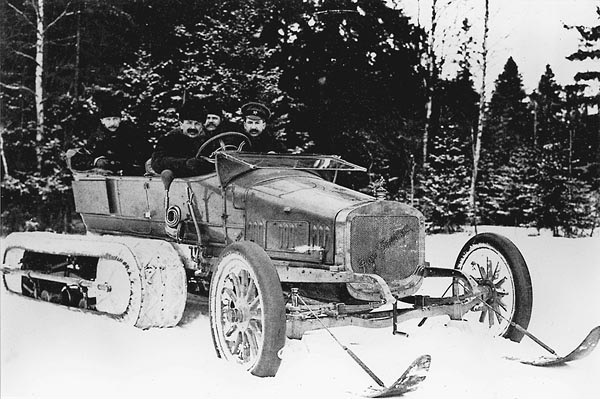 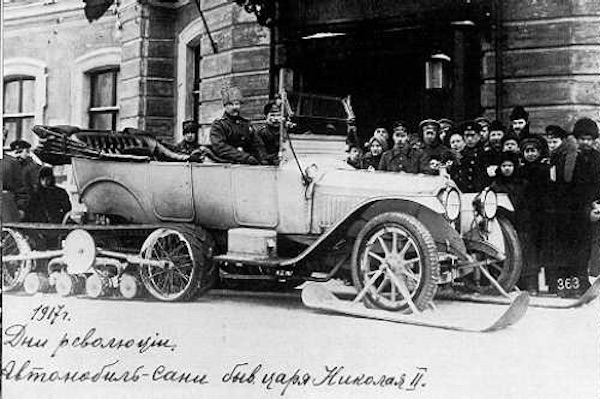 Roads in Russia are the object of mockery until this day. Thus, there is no surprise why the concept of “road” hundred years ago was the abstraction at best. Mud and cold ruled, and it’s not that easy to drive Rolls-Royce in such conditions. However, tsar’s wish to get behind the wheel is automatically an order, so Kégresse began working on the idea of how to improve off-road capabilities.

In 1913, some of the tsar’s cars were remade into half-tracks. Adolphe’s system was quite simple. In the back of a car, there was a bogie similar to those in trains. It was fitted to the rear of the vehicle with a huge drive wheel at one end, a sizeable unpowered wheel at the other, and a couple of small guide wheels in between. All of it was sheathed in a flexible, yet sturdy belt that would turn like a Ford conveyor. As a result, we have a system that, if put into a limo, would handle even the harshest Russian swamps.

Because of the increased surface contact between a car and a road, the pressure per square centimetre of car weight had reduced. Thus, the danger of sinking into a soft surface decreased as well. For a winter entertainment, they would take the Rolls Royce or Russo Balt made in Riga and attach skis to them, allowing them to ride through the snowy forest.

Kégresse track had proved to be reliable, and the military got interested in it. A few hundred Russia’s Austin armoured cars that participated in WWI also used Kégresse tech, which was more useful than the tank’s track system in 1917. Those tracks were all-metal, and due to poor construction, they would often slide off, making the tank powerless. Meanwhile, Kégresse tracks were made out of rubber, which made them lighter. To improve the off-road capabilities, they were also equipped with small metal parts. The same idea is being applied in modern studded tires.

After the war, in 1917, the tsar was overthrown, and Bolsheviks came to power. Tsar’s garage was vacated, so Kégresse was forced to go back to France. However, he was already well-known for his talents, so he didn’t stay without a job for long. In 1919, Adolphe got an invitation from Europe’s Henry Ford - André Citroën - to work in his company. He was impressed by the tech that Adolphe created. He was also a person that loved marketing and believed in its power. And what could be better advertising than a test of new tech in the conditions of the Sahara desert? 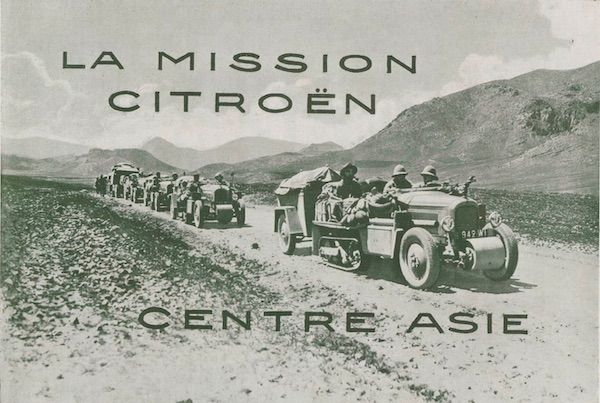 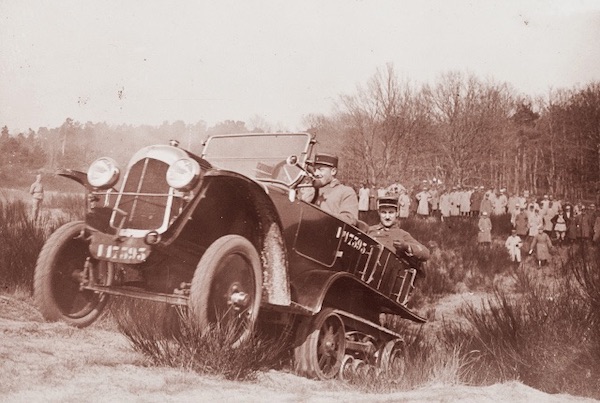 Kégresse, together with a colleague from Citroën Jacques Hinstin, improved the half-track technology and implemented it into Citroën P17 truck. André chose this particular model for the expeditions in Africa that had to market the Kégresse tech and Citroën’s brand reliability. André organized a long journey across the whole continent of Africa where Kégresse half-track had demonstrated off-road capabilities never seen before. In 1925, the members of the expedition came back to France, where they were met like heroes. Meanwhile, the P17 half-track was presented in various exhibitions across the country. After a few years, in 1930 Citroën had organized similar expeditions in Asia and Canada where the Kégresse half-track once again proved to be amazing. 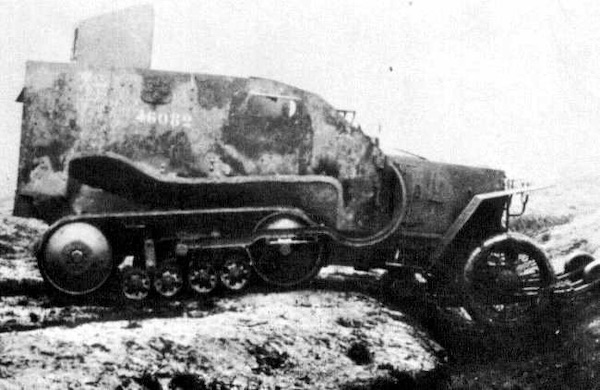 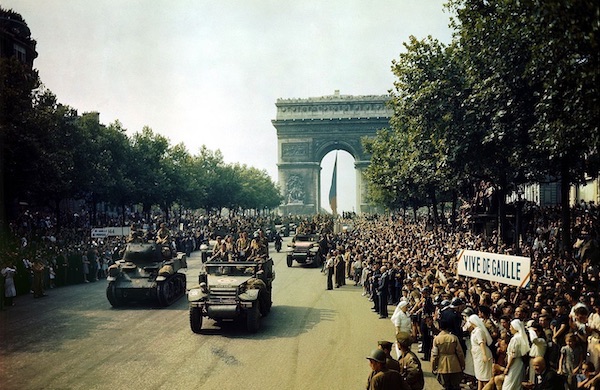 By then, the whole world knew about the glory of a half-track, which attracted the attention of the armies. In the 20s, the US obtained a license for Kégresse half-track manufacturing and adapted it for WW2 - born from the Kégresse’s intelligence, M2 and M3 armoured cars helped to navigate in Europe. However, he did not get to see this day - Adolphe passed away in 1943. Still, up until the end of the war, the half-track’s adaptability has been studied by British, Polish and Czech armies. Besides, half-track was not the only Kégresse invention that was massively adopted. 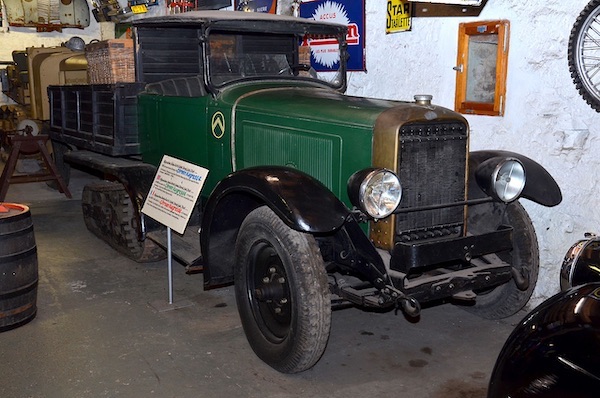 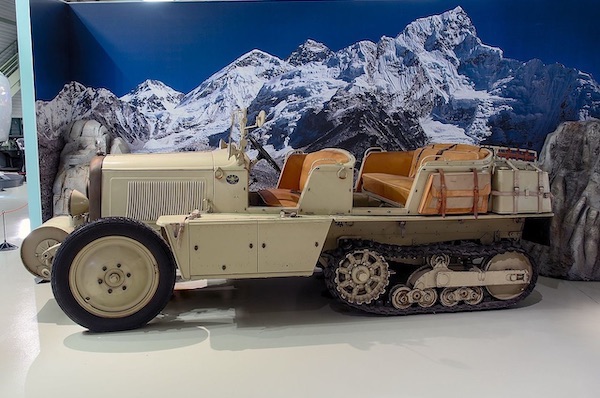 Have you ever noticed a strange sound that the new VW, Golf or Passat emits right before moving? It is DSG - direct-shift gearbox, something that drivers of these days appreciate. Kégresse had patented this tech way back in the mid-’30s. But limited technological capabilities and war made it impossible to develop the project. The first vehicle with DSG was B group legend Audi Quattro. Since the early ’00s, DSG started to appear in serial Volkswagen models. And all of this without realizing that a man had created this technology one hundred years ago and taught the car to drive in places with no roads.