The Most Thrilling American Auctions of 2018

Americans have one of the most prominent classic car scenes out there. If classic car auctions is your thing, you’d be spoiled for choice in the land of the free. And while there is a number of noteworthy events on offer, we have taken the liberty to choose some of the most prestigious ones you should try to squeeze in your 2018 calendar.

How about starting your year by retreating from grim and cold winter to a hot and sunny classic car feast in Arizona? Well, Barrett-Jackson has you covered, the company has been hosting classic car auctions annually since 1971. They refer to themselves as “The World's Greatest Collector Car Auctions”, and it’s rather justifiable. They have been ahead of the game for years. Not only was the company among the pioneers of classic car auctioning, they were the first ones to televise their auctions in 1997. Since then, many of them competitors have followed suit, but hardly any get as much publicity. This publicity meant the Scottsdale auction is popular among the celebrities, and has been attended by A-listers ranging from Carroll Shelby to Justin Bieber, from Steven Tyler to Michael Phelps.

Despite the famous guests, it’s still cars that shine in the lime light. The auction offers an interesting mixture of old American machines and exotic European cars. Age of the cars on offer differs wildly as well, ranging from early 20th century automobiles to modern day supercars. Last year alone, Barrett-Jackson consigned 1719 vehicles, amounting to more than $100 million in sales. All of that while breaking at least 40 sales records. It is safe to say, Scottsdale auction is an outstanding experience for both an observer and a collector. 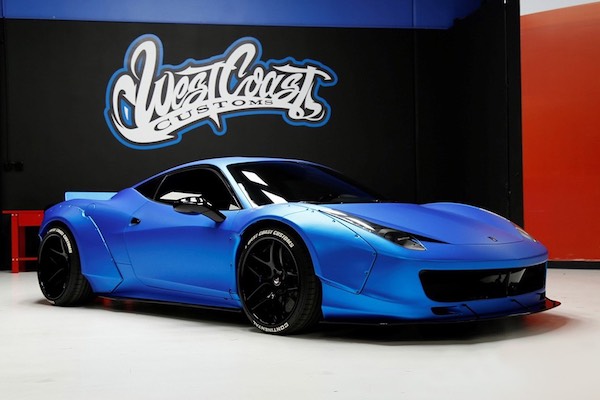 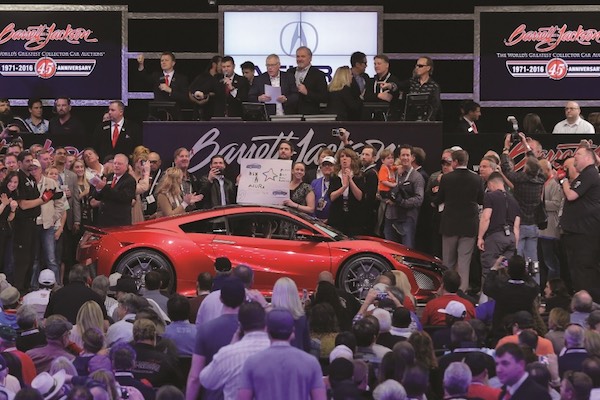 Amelia Island, Florida is living and breathing cars every year on second weekend of March – Concours d’Elegance is in town. Despite being relatively young, starting in 1996, the event is now one of the top classic car attractions stateside. If Barrett-Jackson attracts celebrities from your TV screen, Amelia Island is beloved by the crème de la crème of car collectors. Automobile obsessed celebrities such as Jay Leno, Ralph Lauren or Clive Cussler have all been part of the event bringing some of their rarest four-wheeled possessions.

Some of the cars are there not only to ogle at, one can buy them in an auction. Provided the wallet is thick enough. World’s biggest car auction house, RM Sotheby’s, has been the official Amelia Island auction host since it started in 1999. Ever since then, the auction has remained strictly a high-brow affair, featuring coach Astons and Ferraris, rather than Fords or odd microcars. In 2017, only 135 cars changed hands in RM Sotheby’s Amelia Island auction, yet they amounted to $70.9 million. The biggest sale? 1937 Bugatti Type 57S Cabriolet custom bodied by Vanvooren for hefty USD 7.7 million. Granted, Amelia Island may not be the place to sell that Fiat 124 Spider which has been occupying your garage, but it is definitely an opportunity to get up close to some of the most exceptional pieces of automotive history. 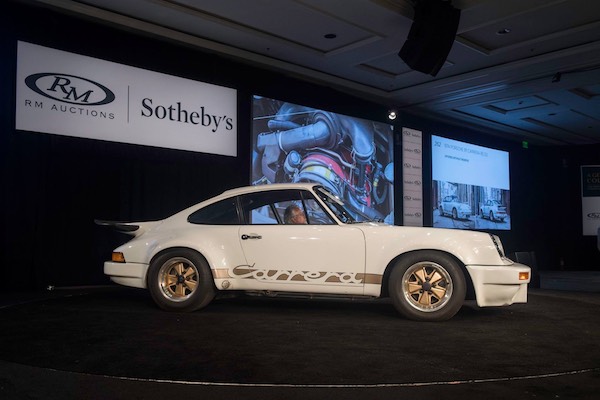 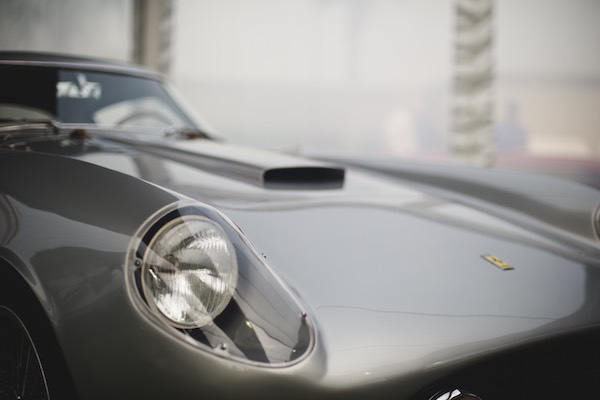 Pebble Beach Concours d’Elegance is easily one of the most established classic car events in the world. It was started all the way back in 1950, accompanying a road race in the same location. For decades, it has been a place for collectors and manufacturers to bring the most exclusive pieces from their stash. That is not limited to the past models either, car companies show off some of their daring concepts in Pebble Beach. The concourse itself is part of the Monterey car week which encompasses a host of other events. Tour d’Elegance is one of those attractions – it is a 17 mile drive through the surrounding area, featuring historical cars from multiplicity of eras. A refreshing change from the usual static exhibition format. 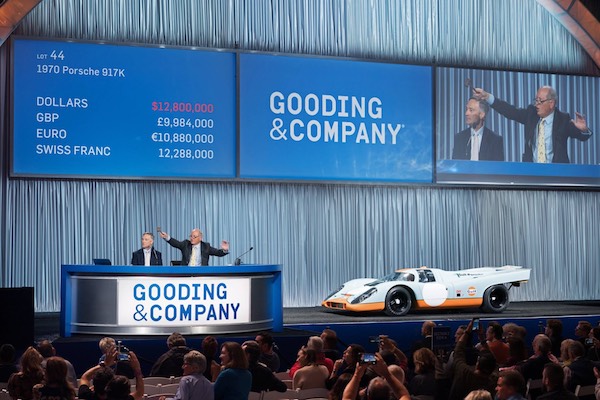 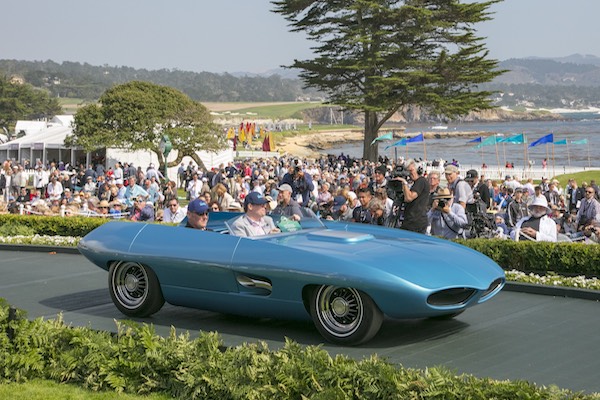 From 1990, Pebble Beach Concours d’Elegance is accompanied by a classic car auction going by the same name. These days, the official host is Gooding & Company auction house, bringing a variety of collectibles to the block. For the past few years, Pebble Beach auction’s lineup has been dominated by European marques with only some of the most renowned American cars (think Shelbys or Cadillacs) making it into the mix. Just last year, Gooding & Co. offered the Porsche 917K from Steve McQueen’s flick “Le Mans”. The hammer dropped at $14,080,000. If you cannot make it to this year’s auction but would like to see Blue Chip cars auctioned off, you can tune in for the broadcast online. Precise date of the event is yet to be specified, but there’s no doubt we’ll be watching.