The Fiat 130 Maremma: a Unique Shooting Brake From Pininfarina

The shooting brake is a well-known body style among car lovers. It's basically a special cross between a sports coupé and a comfortable station wagon, combining the best features of both of these cars into a single, unconventional, yet very attractive format.

The very name of the body type – the shooting brake – has a strong historical connection to hunting: this is what vehicles for transporting hunters and all of their ammunition, including hunting dogs, used to be called in Britain in the 19th century. Over time, this term began to be used for spacious estates, but today the shooting brake is most associated with a two-door model resembling a station wagon of strange proportions

Just as there was no shortage of meanings for the term itself, there has been no shortage of shooting-brake cars born throughout automobile history. The Volvo 1800ES and 480 models, the Honda Accord Aerodeck, the Aston Martin V8 Sportsman Shooting Brake, and eventually even the GTC 4Lusso bearing the Ferrari emblem. However, the Fiat 130 Maremma can easily be called one of the most interesting models from the wide range of this type of car – though it was never put into production, even Fiat president Gianni Agnelli was taken by the one-off model. 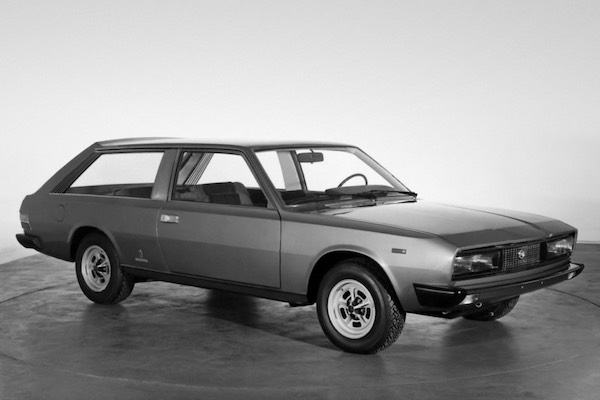 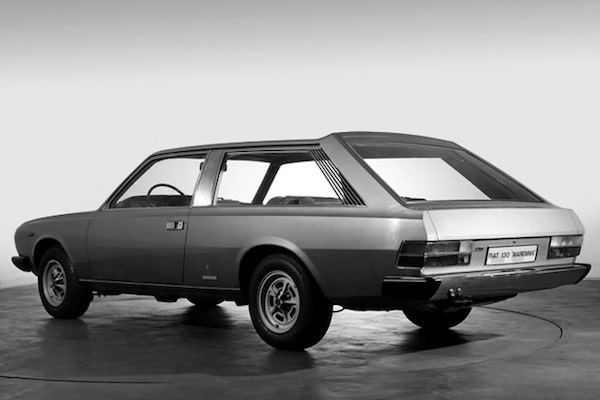 It's only appropriate that the story of this remarkable car begins with this remarkable figure – Gianni Agnelli, who became the Maremma's first owner. Having taken the wheel of Fiat when he was barely 45 years old, the company founder's favourite grandson was a real playboy who revelled in the family's infinite wealth, charmed women with his fetching looks and charisma, and was often featured in the gossip columns for his habit of constantly showing up in public with a new young star on his arm.

Not surprisingly, exclusive cars made a great impression on the head of Fiat, who was not in want of either money or the desire to enjoy life. His collection came to include models such as the Ferrari Superamerica and the strange, three-seat Ferrari 365P with the steering wheel in the centre of the dashboard. With its untraditional looks, the Fiat 130 Maremma clearly caught the attention of this lover of charismatic cars. 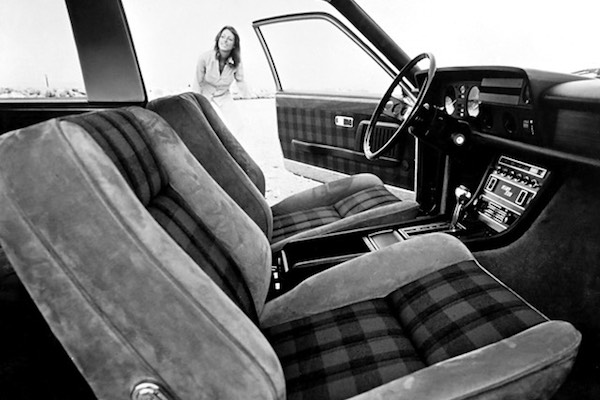 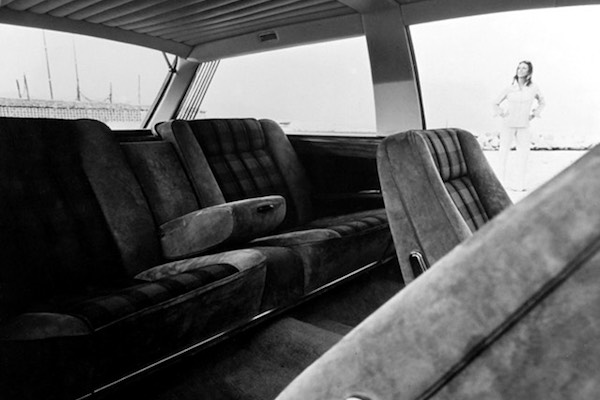 The idea for this model was the fruit of the imagination of none other than the renowned automobile designer Sergio Pininfarina – in the early '70s, he was particularly focused on the shooting brake concept, aiming to give the world a luxury wagon with a sports coupé twist. At the 1971 Paris Motor Show, the Peugeot 504 Riviera made its debut – it was half coupé, half estate wagon, and the design solutions for it were proposed to the French manufacturer by Pininfarina. This model garnered quite a bit of interest but was never put into production, so the designer decided to propose his ideas to the Italian company.

In 1974, Pininfarina presented two versions of the Fiat 130 that he had dreamed up to Fiat management: the Maremma and the Opera sedan. True, there's no ruling out that the designer's close friend Gianni Agnelli was the one to propose a shooting brake version of the 130 – at the time, sales of the Fiat 130 sedan were far from impressive, even after launching a coupé version in 1971 with a 3.2-litre V6 engine and a revamped interior, so they needed something really special that could pique the interest of potential buyers. Something luxurious that also had a sense of sportiness – for example, the Maremma, named after the region in Tuscany that was famous its olive groves and vineyards and was popular among hunters. 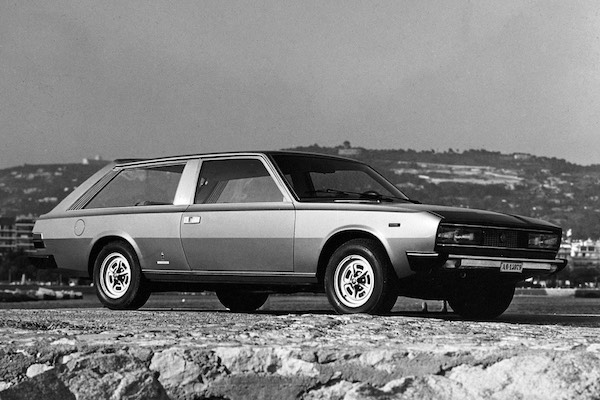 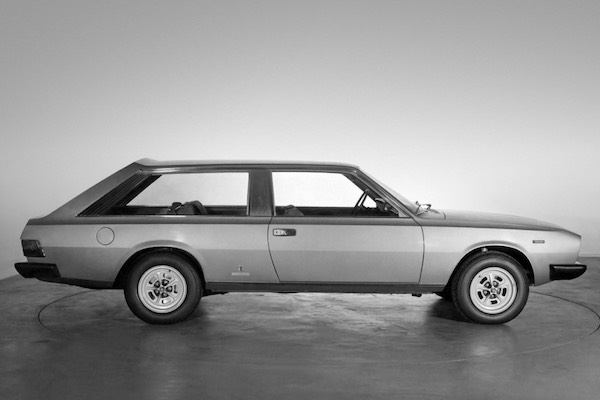 The Maremma debuted at the 1974 Geneva Motor Show and was featured on the cover of the Italian automobile magazine Quattroruote, posed on a beach in the French Riviera; the press release prepared by Pininfarina claimed that the Fiat 130 Maremma will change the ingrained image of the traditional estate car. The press release highlighted the exceptional passenger visibility that the huge windows rendered, and mentioned the wind tunnel tests that resulted in a small spoiler being placed on the boot to add stability and prevent the rear window from getting dirty. Lastly, the Maremma stood out for its unique body style, even if it did have the same mass-produced lamps and bumpers as the 130 Coupé as well as the exact same construction right up to the post. It basically sounds like a mix of ideas and details, but in reality, the Maremma was a really handsome car – even now it's one of the best-looking shooting brake models around.

This car could undoubtedly have been an excellent addition to the Fiat 130 series and picked up the slow sales. Could have been, but wasn't – Gianni was indeed impressed by the Maremma, but despite what Sergio Pininfarina had expected, it never made it to production because Fiat had already decided that it was useless to try to revive the disappointing 130 series. It's hard to say whether the Maremma was ever seriously considered as a production model, but on the other hand, the Maremma became one of Agnelli's favourite toys. What did this car have that impressed Fiat's president so much that even after rejecting the project, he still decided to keep one for himself? 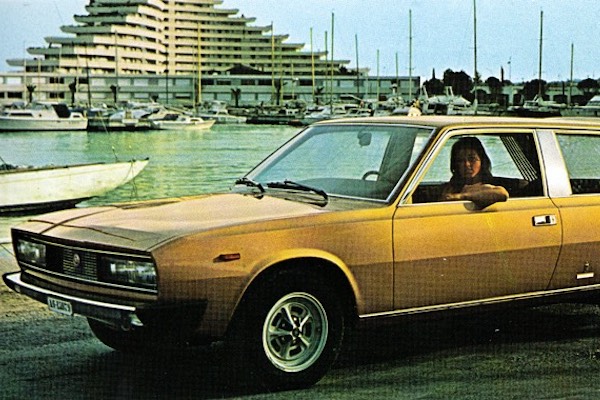 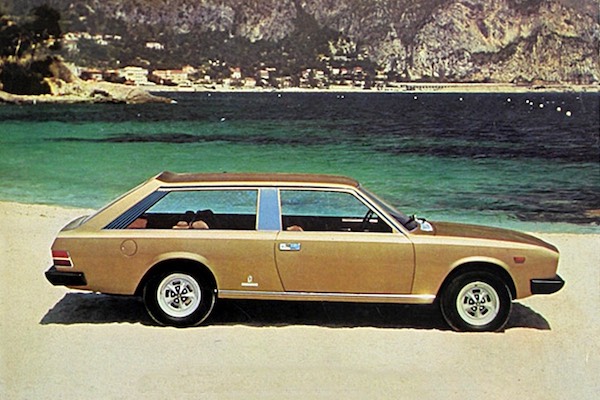 First of all, the Maremma had the same 3.2-litre V6 engine as the coupé version of the Fiat 130 that could generate 167 horsepower and 249 Nm of torque – these were pretty solid numbers for the '70s, but they were still way behind the Ferraris that Agnelli loved. The Maremma also had a 3-speed Borg-Warner automatic transmission, which in theory was completely wrong for Agnelli's fast and aggressive style of driving. It's possible that Fiat's president was simply attracted to the unusual lines and look as well as the subtly luxurious interior – even though the trim was similar to that of the 130 Coupé, the Maremma stood out for its exclusive seating, featuring beige Alcantara and blue plaid inserts as well as a cargo section upholstered with light-coloured fabric.

Whatever the reasons, the Maremma created especially for Gianni Agnelli was registered in his name on April 11, 1975, and the head of Fiat drove it for three years. In September 1978, the Maremma went to its current owner, and disappeared from the scene for 35 years until the 2013 Auto dell’Avvocato show in Turin. 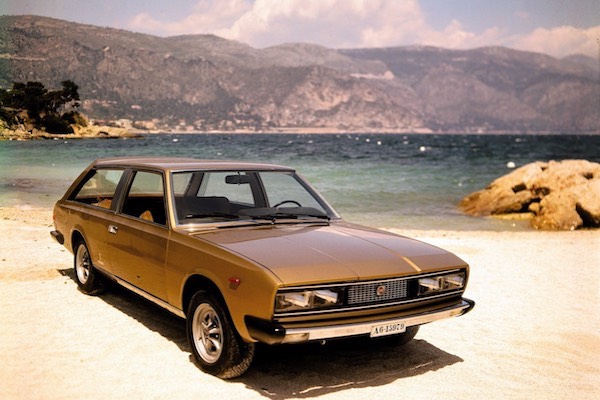 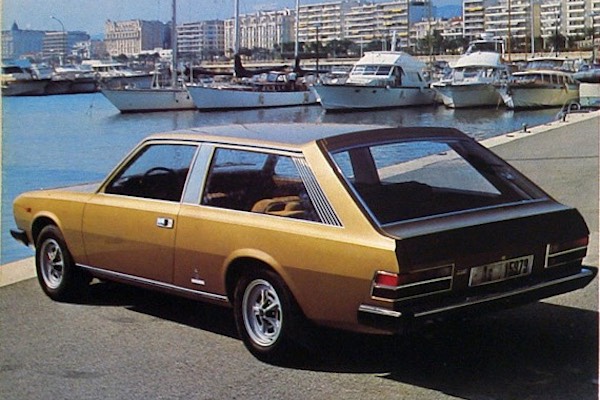 The Fiat 130 Maremma that was driven by Gianni Agnelli was not the only copy of this model – the Fiat 130 Owners Club in Italy claims that there were a total of three Maremmas produced. Two of them have been identified – you can see the first one at the Pininfarina Museum, and the second car belongs to the president of the Lancia Club. So it's just the last, third Maremma that is left to be found.