Ruf has Perfected the Porsche Formula

Historically, the Italians injected their cars with drama and madness, meanwhile cold and rational Germans achieved their goals via meticulous calculation and testing. Porsche are notorious for their obsessive attention to detail, the reason their cars are so appreciated in the classic car market. Most of the mortals simply awe at the level of dexterity that goes into its sports cars. One man, going by the name of Alois Ruf, was not convinced. He made it his life mission to release the full potential from the already capable Stuttgart creations.

Alois Ruf Jr. grew up around his father working in their family-run garage and started tinkering with Porsches early in life. In 1974, being only 24, Alois inherited the company after his father passed away. Despite being relatively young, he had no hesitations on where to take the business from there, Alois wanted to make Porsches go faster. By 1975 Ruf was already making Porsches lighter, meaner and better handling, but the first Ruf debuted two years down the line. It was a 930 Turbo stroked from 3.0 to 3.3, which gave it a healthy 43 bhp boost, amounting to 303 bhp. Ruf wasn’t fond of the 4 speed manual that the 930 came with back then, so it went ahead and developed its own 5 speed unit. Other hot versions of the 911 from Ruf soon followed. 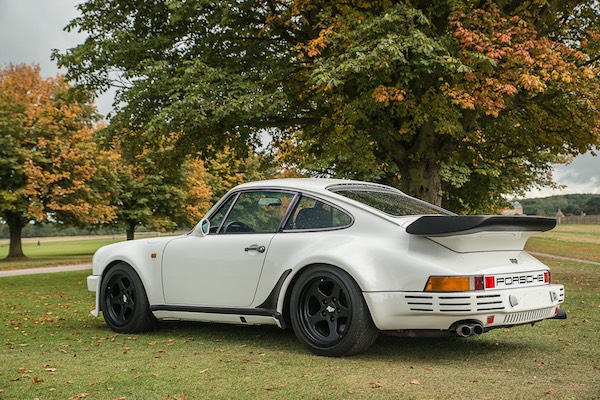 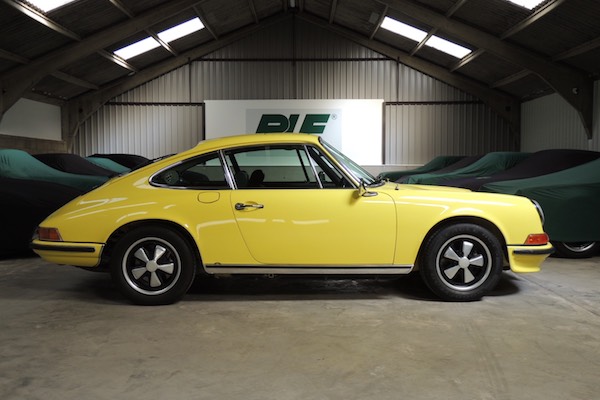 At this point you might be thinking that Ruf is just yet another tuner, turning up the boost to awaken a few more ponies. This cannot be further from the truth, Ruf is not interested in excessive power figures alone. It claims to achieve “drivability, longevity and reliability – in all life situations” and do so through innovation. For instance, in 1985 Ruf teamed up with Dunlop to create rims for run-flat tires, a very novel technology back then. In 1992 Ruf released their electronically controlled clutch gearbox, an early precursor of Porsche’s contemporary PDK. Despite being small in size, Ruf goes a long way to innovate. In fact, Rufs are so far derived from the Porsches their based on, the government recognizes them as different cars with different VIN numbers. 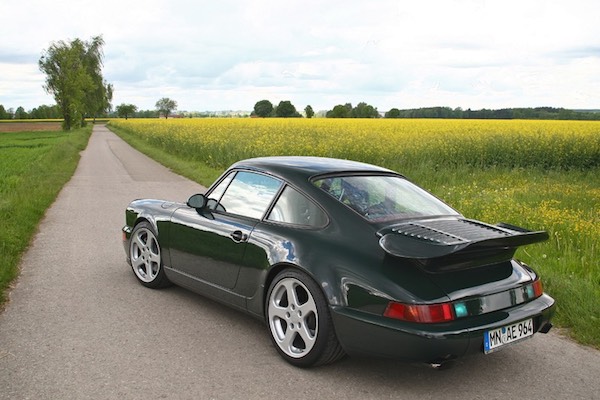 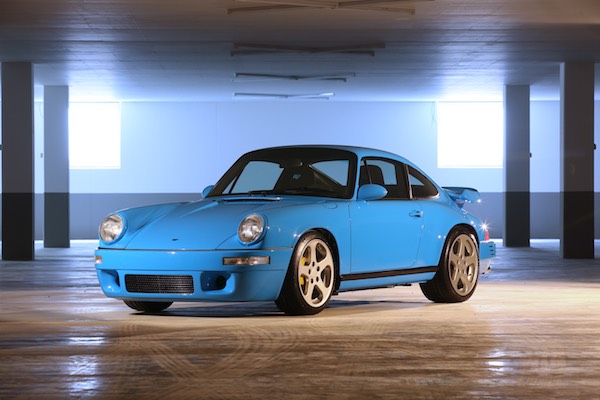 The last of Ruf’s critics had to shut up in 1987 when the company released CTR (Group C Turbo Ruf). It was based off a 911 Carrera 3.2, but featured lightweight aluminum panels, aerodynamic trim, a bunch of chassis bracing and, most crucially, two turbos. As a result of the latter addition, this lightweight sporstcar developed 469 bhp and reached 342 km/h, making it the fastest production car in the world. This meant that a 911 modified by a boutique workshop was faster than Porsche’s halo car, 959. In ’89 Stefan Roser drove a CTR around the Nürburgring to produce the iconic track film "Faszination on the Nürburgring":

Commemorating 30 years of CTR, Ruf released a new version of the car named “Yellowbird” this year. Although it appears like a 964 on the outside, don’t let the looks deceive you, it is a Ruf developed full carbon fiber chassis. As a matter of fact, hardly any body panels are interchangeable, as the shape has been massaged to accommodate wider tires, pushrod suspension and a rollcage. The power unit is not an old-school Porsche creation either, instead you’ll find a turbocharged water-cooled 710 bhp 3.6 Mezger boxter designed in-house. Much like the exterior, the interior harks back to the older days, closely resembling the layout of that found in G-body 911s. Granted, I don’t recall Porsche ever using Alcantara so liberally as here. Whether you like the interior or not doesn’t really matter as all 30 of the new age CTRs are already sold. 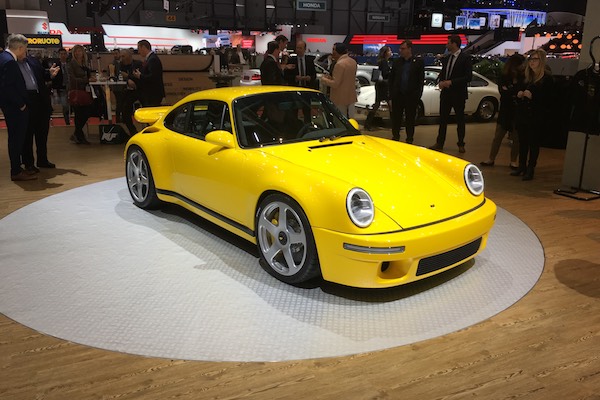 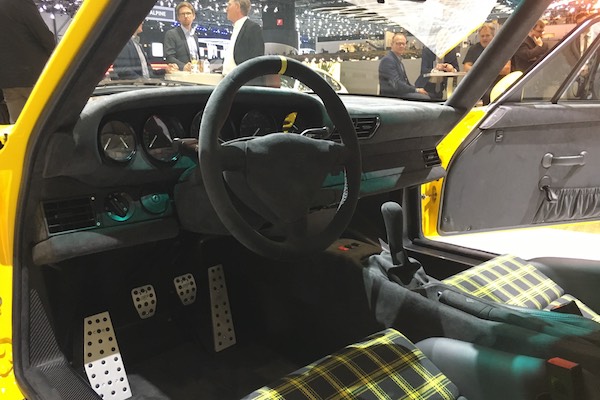 There is no lack of Alcantara inside the CTR
©Car Spy, Flickr

If you are bummed out because you’ve missed the chance to buy the CTR, worry not, Ruf has more cars that’d pique the interest of a classic car aficionado. One of them is Ruf R56.11, a restomodded Porsche 356. Although it bears a 356 silhouette, underneath it’s partially a 911. Brakes, suspension and gearbox come from the latter. Engine, meanwhile, is a curious mix of the 356 and 911. It is a dual-cam affair, with cylinder design borrowed from 911 but it only has 4 of them like a 356. The engine is topped off with dual carburetors resulting in a proper old-school symphony. 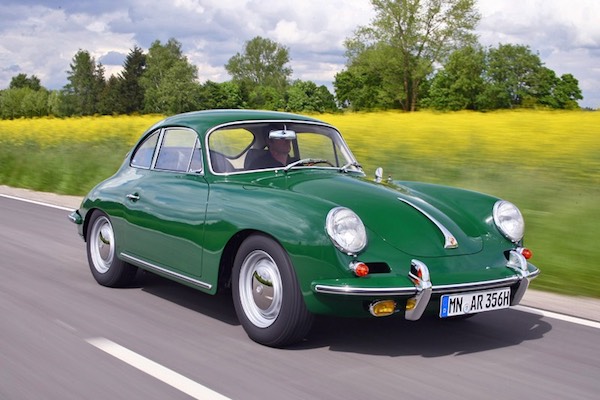 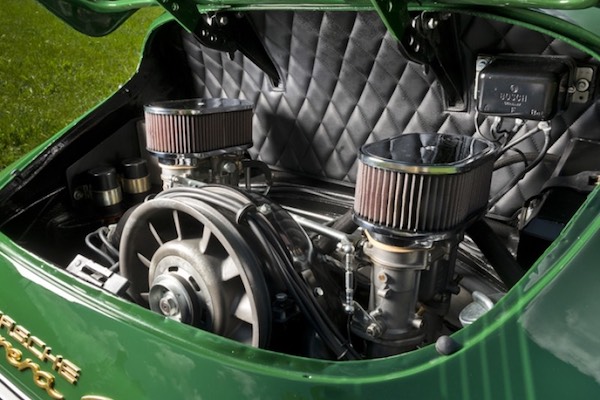 Over the years, the guys at Ruf have restored or modified virtually every version of Porsche produced, making them as qualified as their colleagues in Stuttgart. Ruf has even been involved with Panameras and Cayennes that drink from the black tap at a fuel station, offering power increase packages for them. As for the sportier models, there is a plethora of performance accessories Ruf can offer, all categorized on their site.