His creations helped the Nazis win multiple battles on the battlefield, and he designed numerous projects. He is considered one of the most important automobile makers of the 20th century. His name is associated with Porsche, Volkswagen, Auto Union and other companies. This story is about Ferry Porsche, who gave us many great models.

On September 19, 1909, in Vienna, the capital of the Austro-Hungarian Empire, the son of Ferdinand Porsche was born. According to the traditions of the time, the first name given to him was that of his father, Ferdinand Anton Ernst. Later, the boy was named Ferry, a name that stuck with him until the very end of his life. It is the same person that later became the technical director and designer of the Austro-Daimler car company. 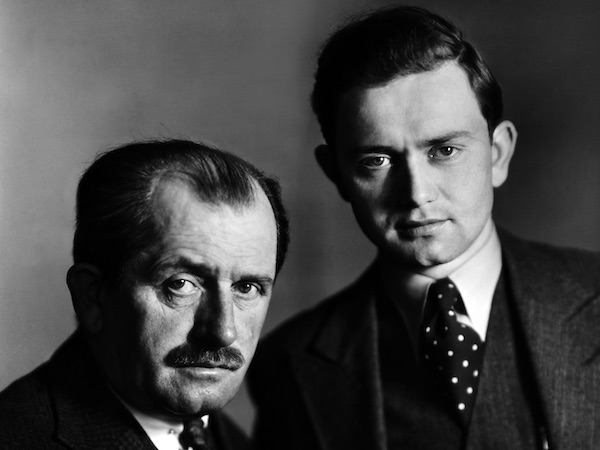 The designer Ferdinand Porsche with his son Ferry in 1934
© Porsche 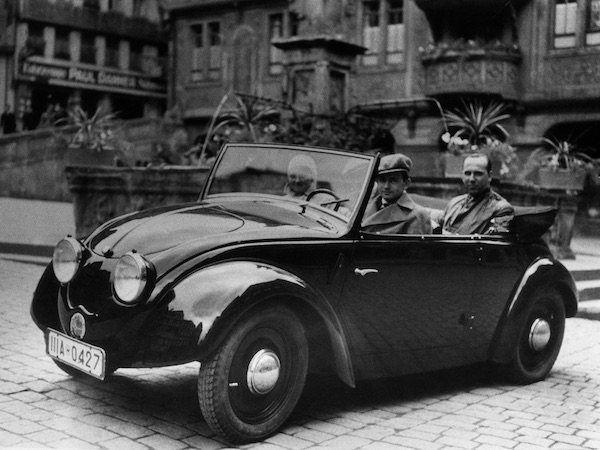 The son inherited his father's love for cars and the engineering profession. He first pursued technical studies in Vienna and later in Stuttgart, Germany. Here his father founded the company "Dr. Ing. h. c. F. Porsche GmbH” in 1931. This date is considered to be the start date of the Porsche company.

After graduating, Ferry began working as a junior engineer in this office. He has been involved in testing all Wanderer and NSU prototypes that were under development, as well as designing Auto Union racing cars and the forthcoming Volkswagen Beetle. The first car built by Ferry Porsche to start his career as a car designer was VW Type 166, also known as the Schwimmwagen. This amphibious car was of great service to German soldiers.

After World War II, Ferry Porsche was arrested in France for several months. His father, who was released by the French only after being ransomed, was in prison for even a longer period.

After taking over the company in 1947, the young manager decided to start Project 356. It was a variant of the pre-war Porsche Type 64 sports car. Not even a year later, in May of 1948, the first prototype with a 1.1-litre Volkswagen engine mounted in front of the rear wheels was already riding around the company’s yard. However, in a serial production car, the engine found itself like in a “beetle” - at the very end, behind the rear axle. The production of 50 open convertibles with aluminium bodies was started. 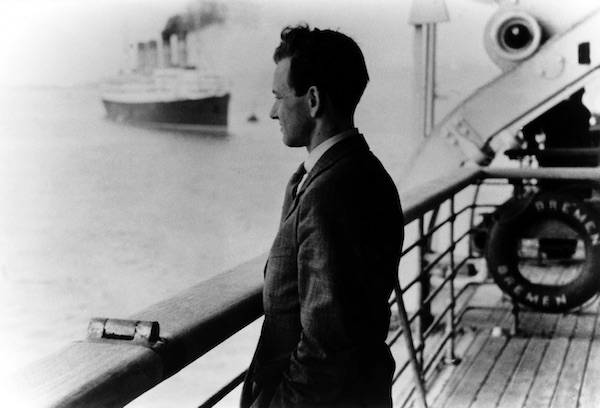 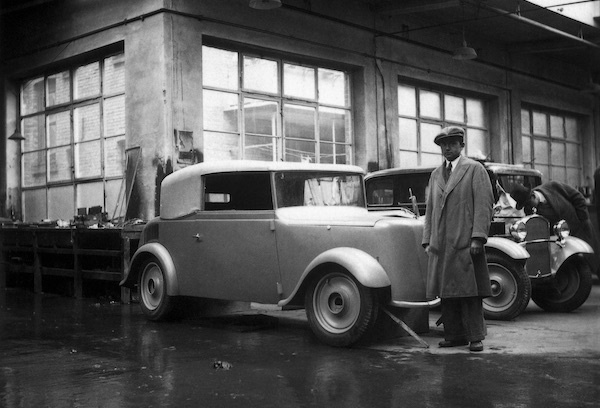 The first serial Porsche 356 was registered in Gmünd in August 1948. It was the first model that the company started selling. With just 40 HP and 650 kg of weight, the 3.87 m convertible easily reached 140 km/h. These models soon began to win victories in motor racing, with Porsche's first victory in Le Mans in 1951, second in the 1952 Liège-Sofia-Liege rally, as well as the first places in its class in Le Mans and Mille Miglia.

Professor Ferdinand Porsche passed away on January 30, 1951, and since then his entire responsibility for the successful operation of the firm burdened his son’s shoulders.

Created the logo on a napkin

In 1952, Ferry Porsche created the world-famous brand today - coats of arms of the Duchy of Württemberg and the city of Stuttgart, united in a single heraldic shield. The shield is crowned with the inscription Porsche, and a horse in the middle symbolizing a stud farm that the city was built around. There he met Max Hoffman, a US importer. Mr. Hoffman of Austrian descent was the man who introduced the Porsche to the American market.

As demand continued to grow, Porsche has sought to offer buyers as many versions of the same 356 as possible. Almost every year, the displacement and power of the opposing 4-cylinder air-cooled engine was increased to 1.3 litres, then to 1.5 litres, 1.6 litres, and in 1961 the production of Porsche 356 2000GS was launched (4-cylinder, 2,0 l, 130 HP). 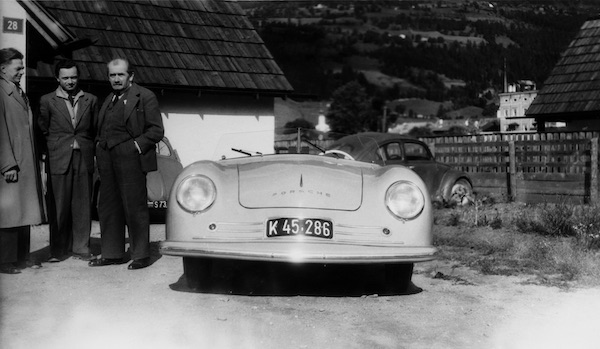 The No. 1, the first car to have the Porsche name
© Porsche 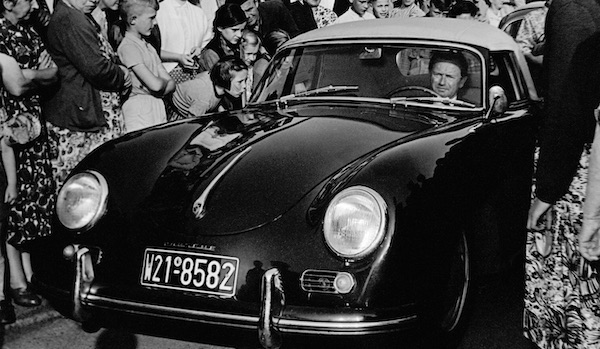 In addition to the series sports cars, the Cufenhausen rolled off a small batch of models specifically designed for professional racing. The first, the Porsche 550, debuted in 1954, and the 550RSK version, with an engine of up to 148 HP, was capable of reaching up to 250 km/h. And that's not all the first-generation Porsche could do - the 1963-1965 Carrera GTS, with its 2-litre 180 HP engine, could reach 280km/h.

The company spent so much time perfecting the car and making new versions of it that, in the late 1950s, Porsche reluctantly rejected Studebaker's lucrative proposal for a new compact car. 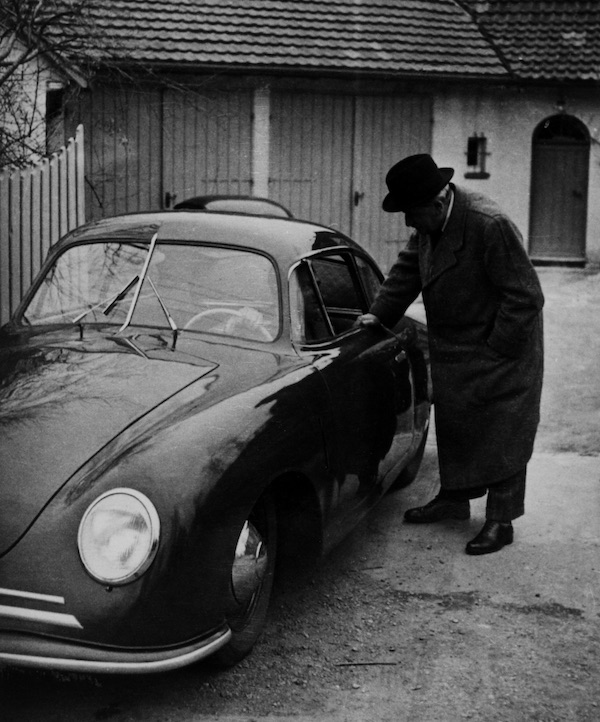 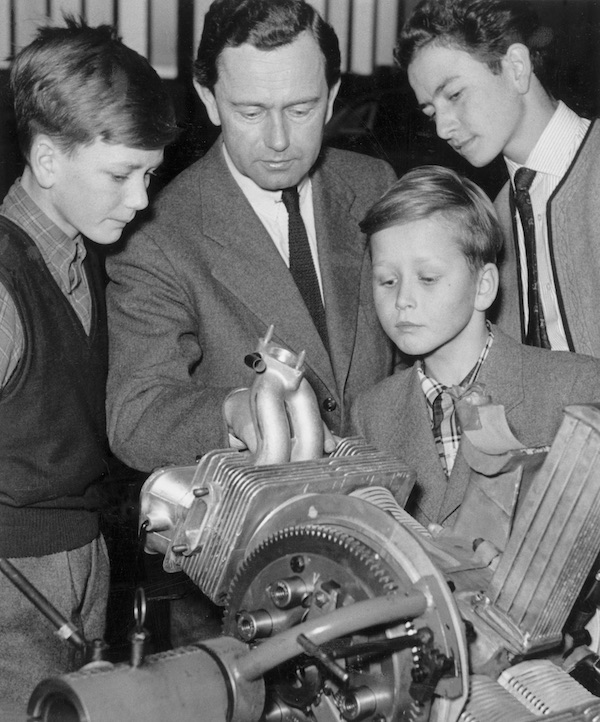 Ferry Porsche (in the middle) and his sons
© Porsche

No matter how successful the 356 was, it was still a pre-war VW variant. With little to no change, the body design was weary for buyers. It needed something completely new but similar.

Ferry Porsche and his builders were able to find a solution - the Porsche 911. This car debuted in 1963. Initially, the number 901 was assigned to this model, but this was contradicted by Peugeot, which had copyrights to all x0x car names. So, the new Porsche was renamed to the 911. Soon, the Porsche 911 became the most well-known model in the brand and a true benchmark for pure-blood sports cars. 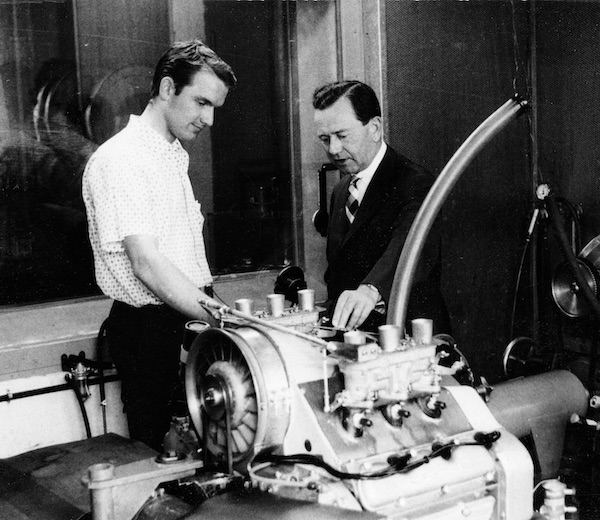 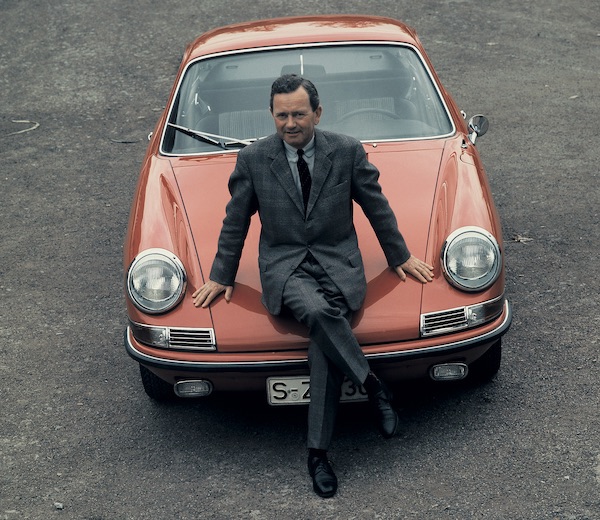 Customers, who finally received the first hundred of the 911s in 1964, made sure that the company met all their wishes. The 3rd generation car designed by Ferdinand Alexander "Butzi" Porsche, son of F. Porsche, was modern, but in appearance features of the previous model were easy to discover. At the rear of its sleek body, there was a brand new 6-cylinder engine (2.0-litre, 130 HP), but it was still air-cooled. 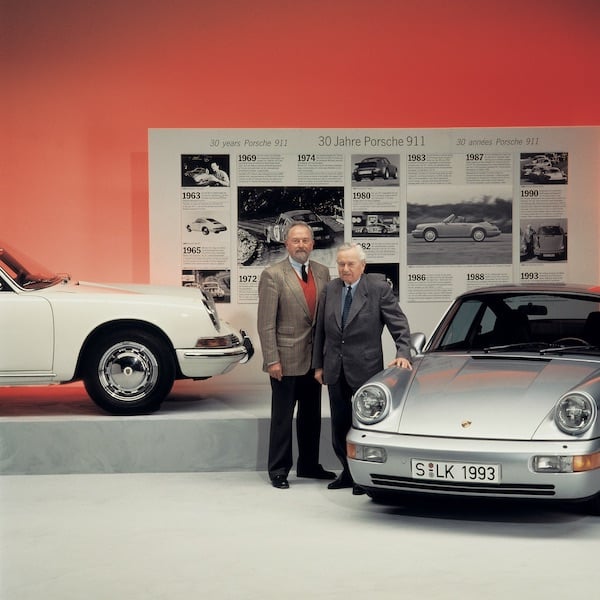 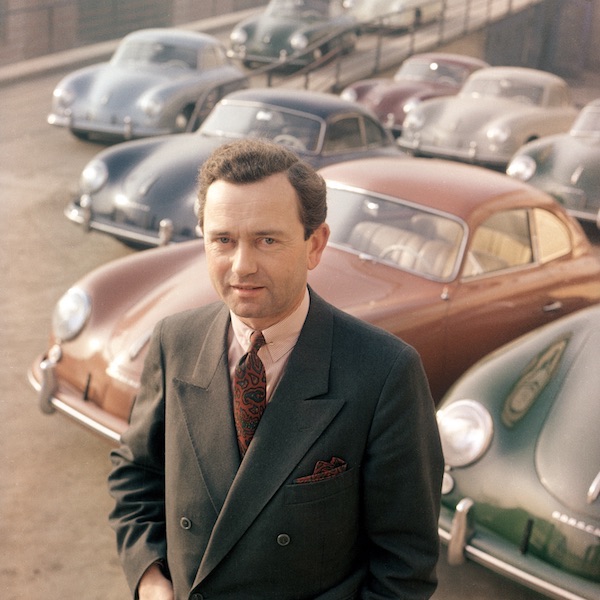 In 1972, at the age of 63, Ferry Porsche decided to stop managing his successful business. Since none of the four sons were hesitant to take up their father's position, the family council decided to split the company shares and hire business and production specialists to take care of management.

However, until his death, Mr Porsche remained chairman of the firm's supervisory board. What's more, he has been involved in refining the Model 911 and choosing technical solutions for the new Porsche vehicles - the 928, 944, 959 and 968. He also helped with the development of engines for Formula 1 McLaren race cars. 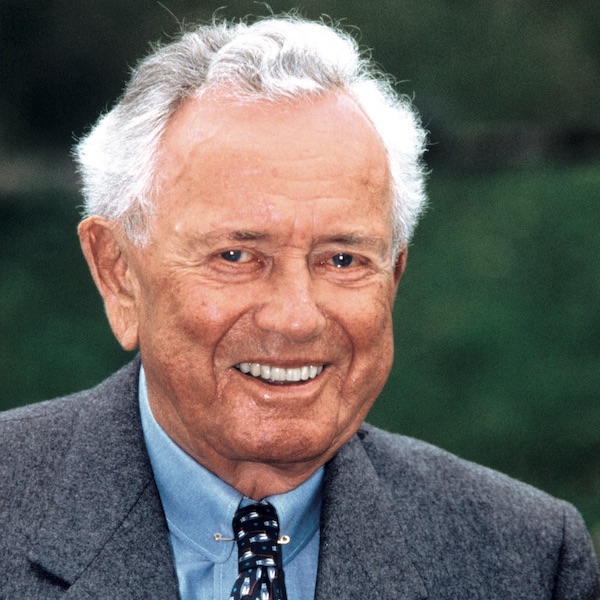 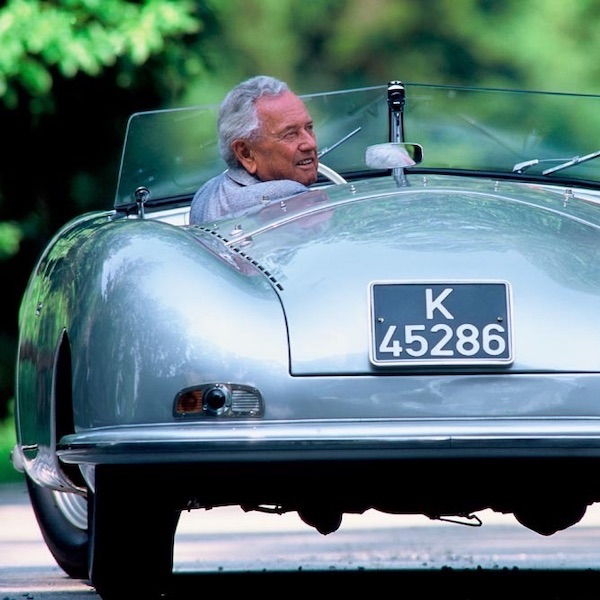 The construction of sports cars has become an integral part of Ferry Porsche's life. He worked to his last breath, one of the last Porsche events he attended was the launch of the 911 Carrera Cabrio, developed under Ferry's control. The designer died on March 27, 1998.