DAF Cars Turns 60 and It Shouldn’t be Forgotten

The Dutch are notorious for being stingy with their money, something they get mocked a lot for by neighboring nations. A Belgian joke goes something like this: “How was copper wire invented? Two Dutchmen were fighting over a coin.” People of the Netherlands see nothing wrong with such humor and take pride in being resourceful with finances. It’s this thriftiness that resulted in the brilliantly ascetic DAF automobiles.

For decades, Eindhoven-based DAF had been producing trucks and other commercial vehicles, and the business was flourishing. So much so, that in the 50s they decided to differentiate their offerings and produce a passenger car. Fuel efficiency and optimized use of real estate was the name of the game at the time, just think of the original Mini or Fiat 600. In Amsterdam Motor Show on February 7, 1958, DAF introduced their urban commuter. In many ways it was similar to competitors from Italy or Germany, powered by a not-so-mighty 590cc twin cylinder air-cooled motor capable of cracking 100 km/h, it snugly seated 4 people. But this car had a trick up its metaphorical sleeve, something called Variomatic transmission. 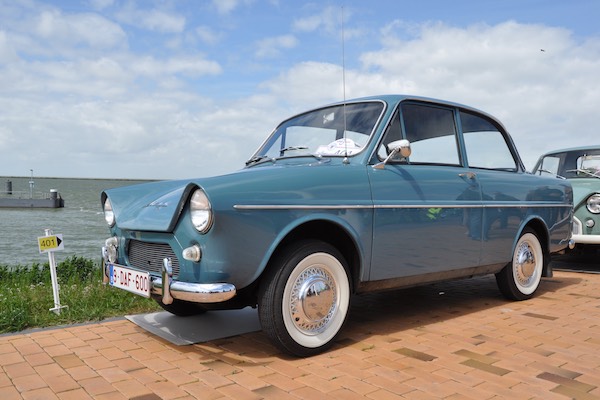 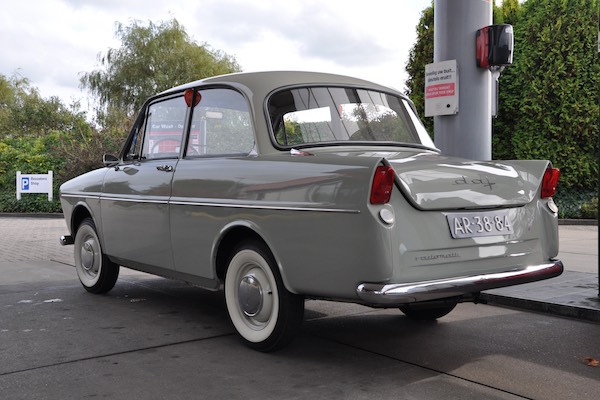 The 600 was powered by an air-cooled twin-cylinder motor
©Vinylone, Flickr

Variomatic was an early mass application of CVT technology (think of Toyota Prius gearbox). Unlike modern units, DAF’s approach was somewhat rudimental, yet really rather elegant. It utilized two rubber belts which were sliding on variable radius pulleys, based on engine torque and centrifugal force of weights within master pulleys. This meant the engine would drive the car from stop to its humble top speed with no interruptions. It was smoother than the crude 2 or 3 speed automatics at the time, while costing and weighing less.

Sure, sporty driving enthusiasts are not particularly fond of CVT gearboxes, as they rob us from the joy of shifting. While not being “fun”, they’re capable of maintaining the engine at the optimal rev range, ensuring peak power all of the time. Therefore, CVTs are perfect for motorsport and are now banned in F1. DAF put their Variomatic through its paces by fitting it in a Brabham chassis and racing (quite successfully) in Formula 3. The experimental gearbox withstood the power of a Cosworth engine and drove the car to 16 race wins in 1960s. Moreover, the Variomatic freed the drivers from making gear changes and acted as a limited slip differential in slippery conditions, which made them popular on loose surface racing too, such as rally or rallycross. DAF 55 even finished the demanding London to Sydney marathon, spanning over 16 500 kms. 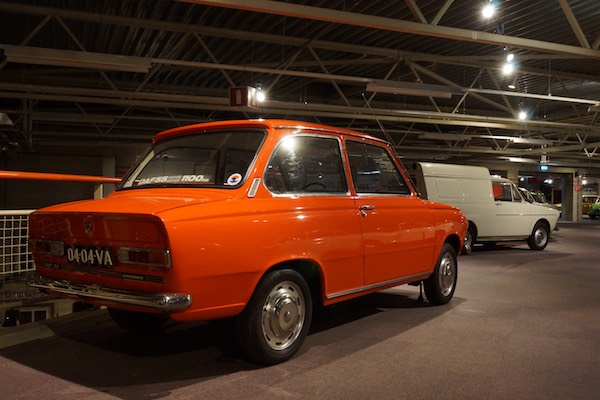 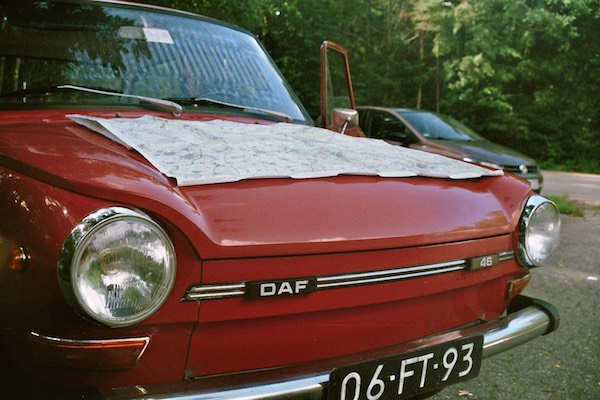 Ruggedness of these cars was tested in endurance rallies
©m66roepers, Flickr

Weirdly enough, this odd gearbox gave birth to one ridiculous sport – racing in reverse. Due to the specifics of the Variomatic, the cars could drive as fast in reverse as they could going forwards. Soon enough the Dutch utilized this feature in one of the most entertaining motorsport series in history. Just witness some of the mayhem here:

While retaining their signature transmission throughout the whole production run, DAFs progressed quite a bit in other areas. A few years after the 600 debuted, DAF upgraded its twin-cylinder engine to 750 cc and put it in new 750 and Daffodil models, the latter being slightly more luxurious. Still, the cars only had up to 30 BHP and the real improvements only came in a form of Renault-derived 1.1 l 4 cylinder. This engine was fitted to the later DAF 55 and 66 models and was twice as powerful. 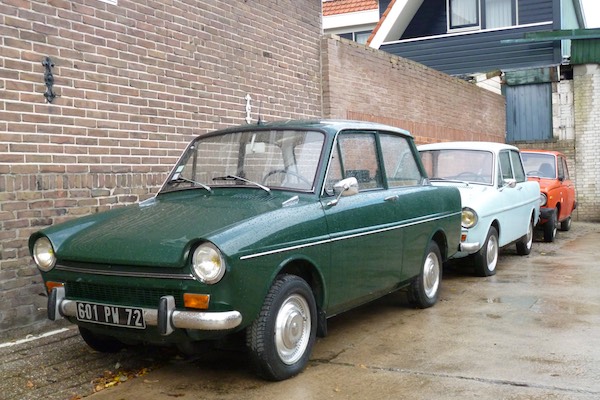 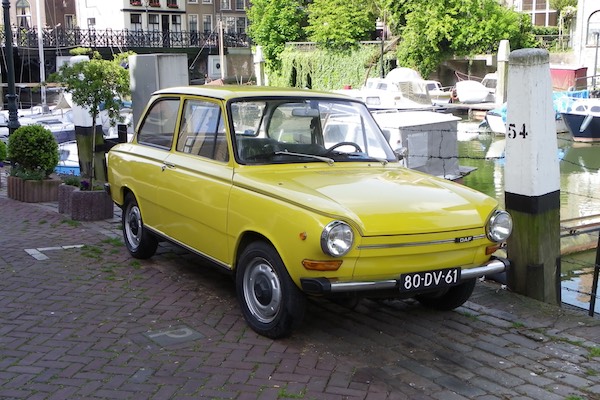 To satisfy the public demand, DAF developed a whole host of body options too. In addition to the usual saloons and estates there were rather elegant 2+2 coupes, panel vans and even pickup trucks. The man responsible for DAF 44 and later ones was Giovani Michelotti. If the name doesn’t ring a bell, he penned some of the best sports cars of the era, including BMW 2002, Alpine A110 and numerous Ferraris and Maseratis. Sure, none of the DAFs are as pretty as Ferrari 330 GT, but there’s no denying they’re very attractive looking city cars.

Despite all of the clever tech and Italian styling, little DAF cars were not selling too well in 1970s, so the company was looking for a partnership with another automaker. At the time, Volvo didn’t have a compact offering of their own, so it decided to seize the opportunity. By 1974, Volvo owned 75% of DAF passenger car stocks and took the lead of the company. The first DAF-Volvo lovechild was Volvo 66, which was mostly just a rebadged DAF 66. Pretty soon, the world saw the last true DAF car, Volvo 343. Albeit bearing a Swedish badge, it was thoroughly Dutch. Built and assembled in the Netherlands, this little rear wheel drive car sported the iconic Variomatic transmission. 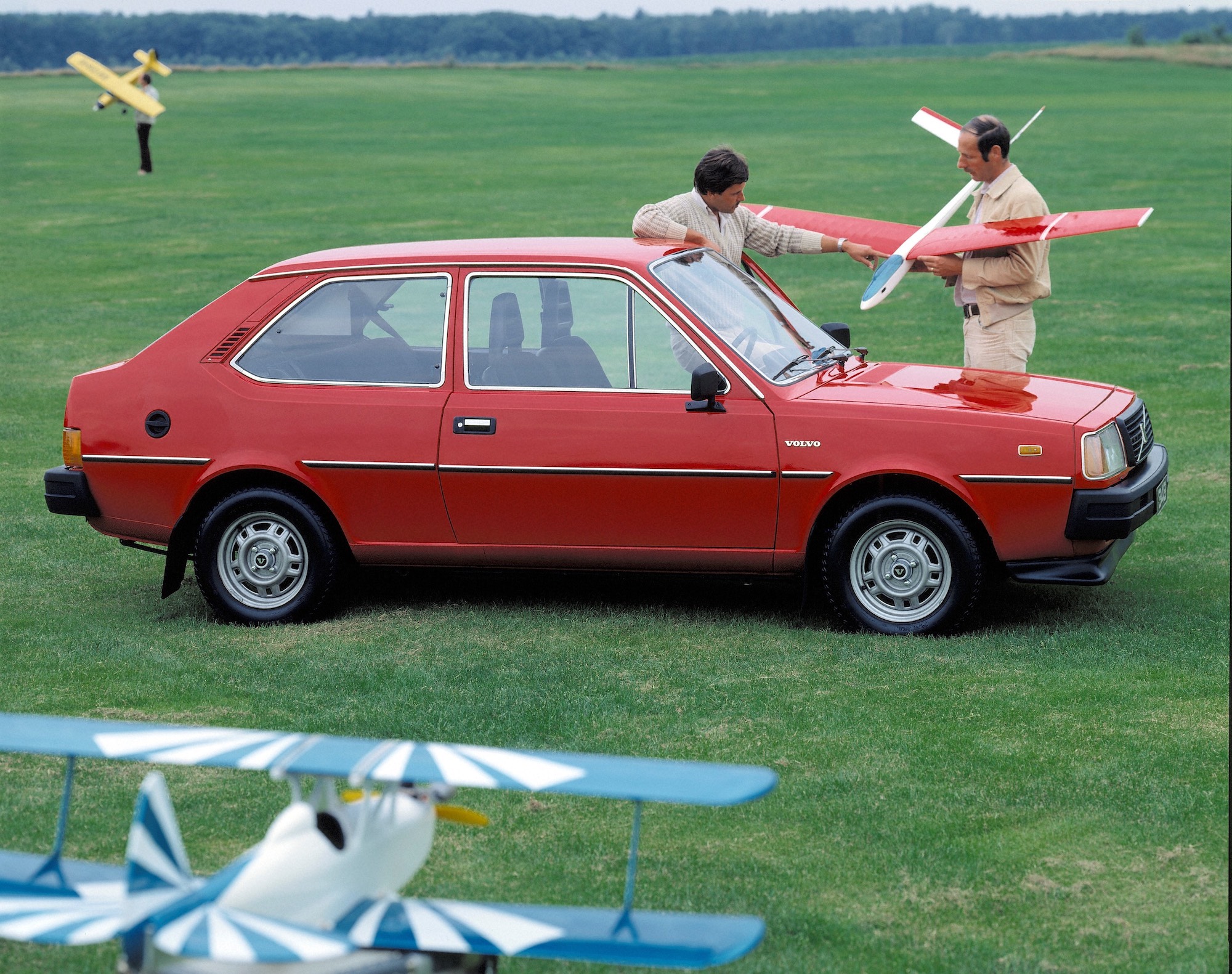 Volvo 343 was still very much a DAF in spirit.
©Volvo Cars archive

Want a DAF of your own? Due to their economy car nature, these cars weren’t exactly pampered so many have perished over the years. Your best bet is to look for one in Benelux region (like this superb late model 66 coupe). Not particularly popular with your average classic car investor, DAFs did not experience the hike in value as many other marques did. If you’re lucky, you can buy a decent Dutch engineering marvel for a few thousand Euros.