Is Fiat the Ultimate People‘s Car?

Sure, “Volkswagen” may literally mean “people’s car”, but Fiat is possibly the greatest provider of cars for the actual people. The Italian automaker has been teaming up with the governments and factories around the world for decades to sell sensible and affordable transportation. Numerous Fiat models have been rebadged and re-engineered to be driven by the average Joes everywhere from Spain to USSR.

We’ve already written how brilliantly ascetic and charismatic Fiat 500 provided transportation for recovering Italy, but you may not know Fiat pulled this stunt off in multiplicity of states around the world as well. There have been at least 15 attempts like that around the world, but today we’re going to look at the most interesting ones.

In 1950, Fiat and Spanish government shook hands to establish SEAT, a subsidiary of the Italian automaker. At the time, Spain was still suffering from the aftermath of its civil war and a small and affordable runabout was just what it needed. The first car produced by Fiat’s Spanish was the SEAT 1400. Really, it was just a rebadged Fiat 1400. The real breakthrough came in a form of SEAT 600 in 1957. This Fiat 600 twin sold in massive numbers, provided heaps of Spaniards with transportation and was transformed to the national hero and pop culture icon status. There are even monuments built for the little car. SEAT really hit a goldmine with the minimalistic 600 and was breaking one sales record after another. Soon enough, virtually every Fiat model was sold under SEAT’s flag. Other foreign manufacturers only hopped on the gravy train of Spain’s booming economy a decade or so later. Just like many good partnerships, the union between Spain and Fiat broke due to disagreements about money. Fiat was not willing to invest heavily into SEAT as the Spanish government requested and the joint venture came to an end in 1982. 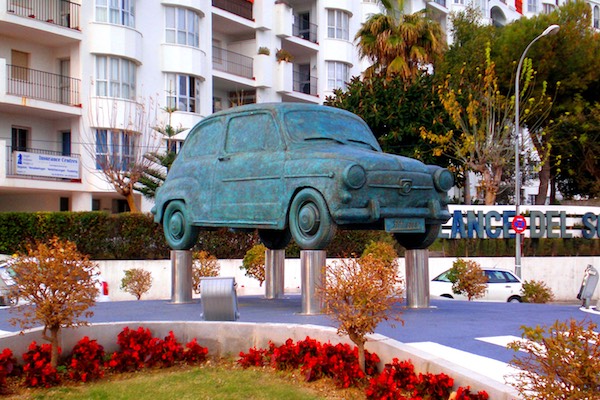 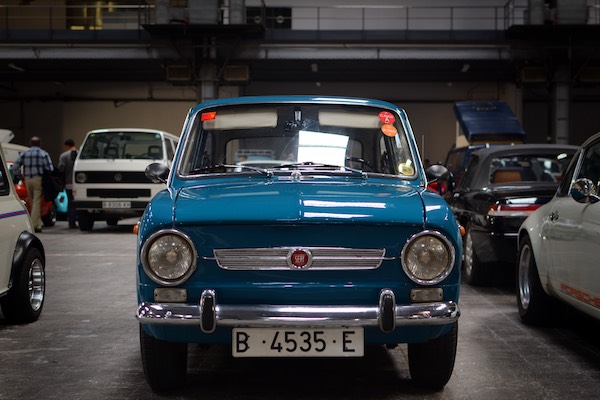 At the time, all SEATs were just rebadged Fiats built in Spain
©Domantas Mizeikis

It wasn’t only the sunny Spain that couldn’t get enough of the Fiat’s designs, they were a huge hit in a few of the socialist states of Eastern Europe too. Whereas most of the Western automakers would be wary about partnering up with socialists, the ideals of communism were not too foreign for the Italians. The country had quite a prominent communist party for much of the 20th century. So it is no surprise that Fiat’s and not Opel’s designs were exported.

When Zastava, a Yugoslavian manufacturer, decided it is done with producing military equipment and would rather build cars for the people, Fiat kindly provided them with a license of their 600. Zastava 600 was introduced in 1955, the same year as its Italian twin. The car didn’t deviate much from the original design, but why fix what’s not broken? Much like in Spain, the 600 clone became an icon. In the end, its production span for 3 decades and just under a million of the 600 (and subsequent 750 or 850 modifications) were built. Zastava would later implement a number of other Fiat creations. The Yugoslavian automaker is also responsible for Yugo, a small hatchback that is often regarded as the worst car ever. Rumour has it, Yugo is actually one of the rejected Fiat designs. 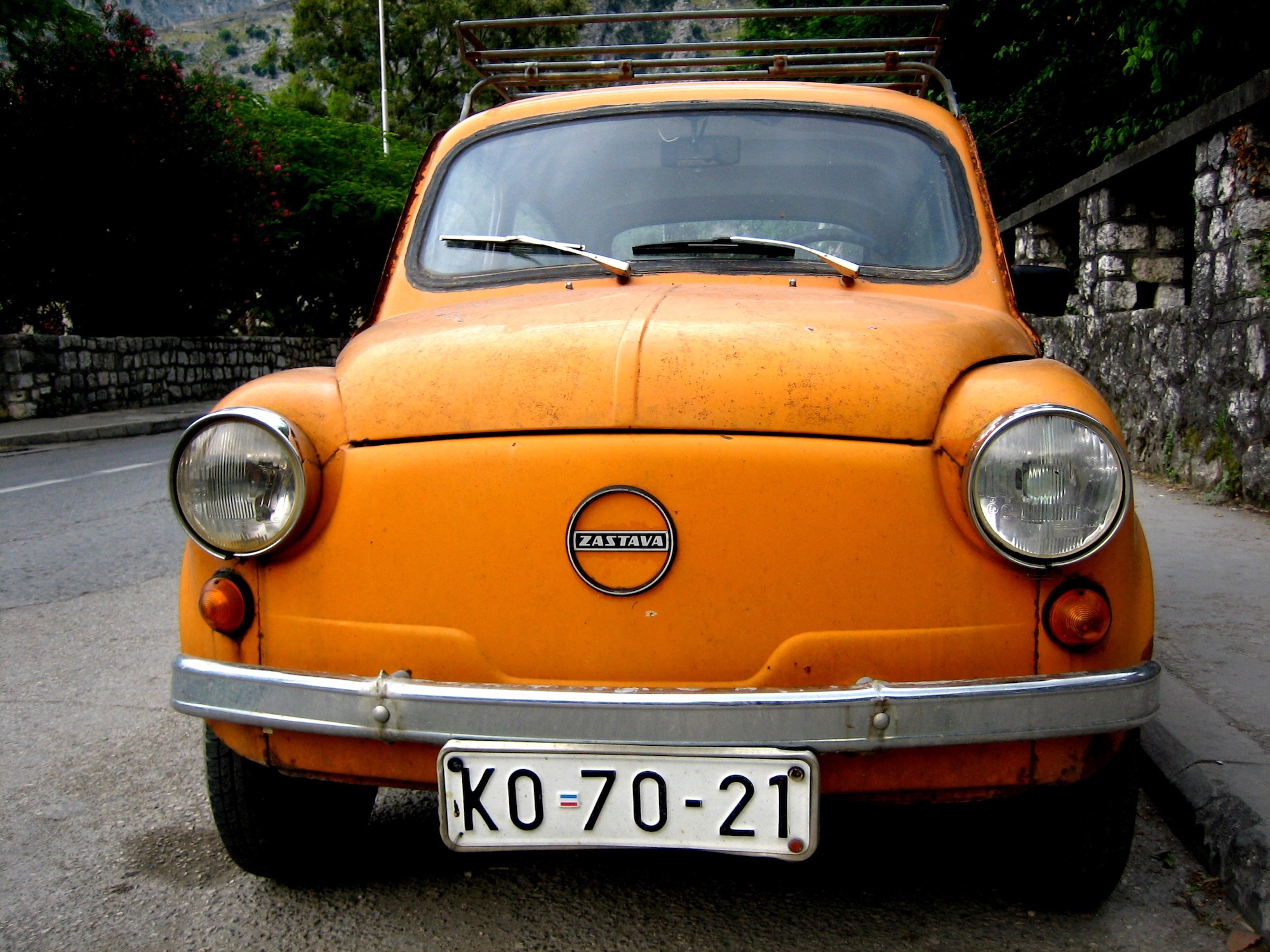 USSR, meanwhile, got their version of the 124 saloon. Before AvtoVAZ started its production, several adjustments were due. The car got taller and sturdier suspension to tackle the unforgiving roads of Soviet Union as well as thicker body panels, possibly to survive bear attacks. Consequently, while being better suited for the harsh living conditions of USSR, Russian Lada lacked the sporty characteristics of its Italian half-brother. Seemingly, it didn’t bother the Russian public as the demand and production of Lada Riva carried well into the 21st century. Or maybe, they just didn’t know any better.

Ladas were exported to the West in the 80s and later, long after the production of the original 124 ceased
©nissanskyline, Flickr 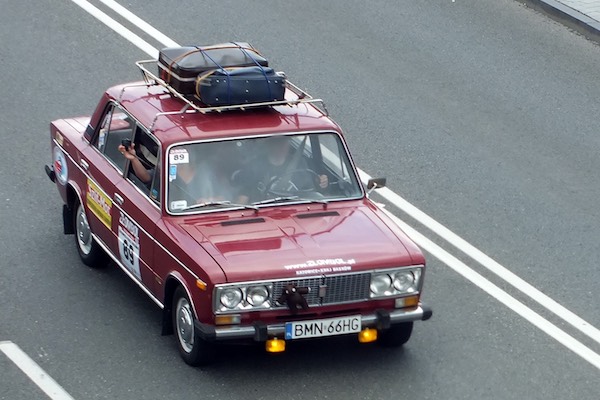 Poland’s FSO built a vast variety of Fiats over the years as well. Ironically, it was the smallest of them that was the best-seller. Fiat 126 was a tiny city car that succeeded the iconic 500 and shared more than a few components with it. Essentially, a 1950s car at heart, the 126p (p standing for Poland) got several revisions over the years. In 1987 its air-cooled motor was even replaced by a water-cooled unit of Polish own design. It wasn’t just the Poles that found a use for this fun sized rudimentary transporter – it was sold in a number of Eastern Bloc countries. Oddly, the car made its way to the Australian market, here it was called FSM Niki. 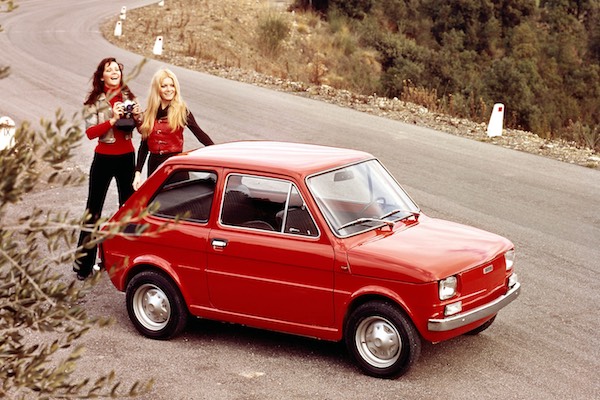 Fiat 126p production carried on until this century
©Fiat archive 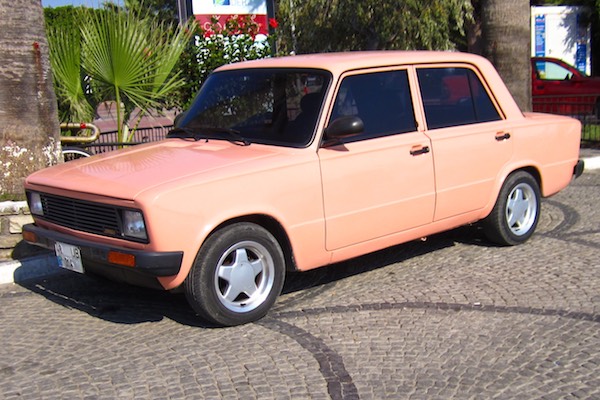 As you can see, entering the closed markets as USSR is part of Fiat’s genius. The Italians are brilliant at arranging deals with governments that are reluctant to let in cars from abroad. Like that in Brazil… or North Korea.

Just like the USSR of the yesteryear, North Korea is the ideological enemy of the West. It is unclear how many people over there are driving, but the country has roads so it makes sense to sell them some cars. Pyeonghwa Motors is a car producer in the secretive state. Somewhat unsurprisingly, the details about the company are thin on the ground but some sources claim the annual production hovers around 1,300 cars. The company’s promo footage from early 2000s clearly shows a Fiat Siena saloon:

But before you go boycotting the Italian automaker for betraying human rights and Western ideals, you should know that other manufacturers’ rip-offs were sold by Pyeonghwa Motors as well. Some of them looking just like VWs or KIAs. What is more, this company was established in an effort to relieve the tensions within the divided Korean peninsula and until recently it retained a peaceful position and cooperated with Seoul.

Admittedly, Fiat was never really a top-selling marque in most of the first world countries. In the US, the manufacturer is openly mocked till this day for making small and ascetic cars. But its contribution is not to be forgotten – the company has adeptly provided transportation for the common man on countless occasions.