After auto salons are over, the future of concept cars is often uncertain. The fortunate ones end up in a museum or sold to a rich caretaker, other centerpieces are crushed and recycled. 1953 Ghia design study pictured here, luckily, did not meet the crusher. That does not mean it had an easy run. After the show lights went off, this unique design piece fell into neglect. Decades later, this Abarth-based Ghia made a roaring come back into the automotive scene, taking a Pebble Beach concourse title and fetching close to $900,000 in an auction. 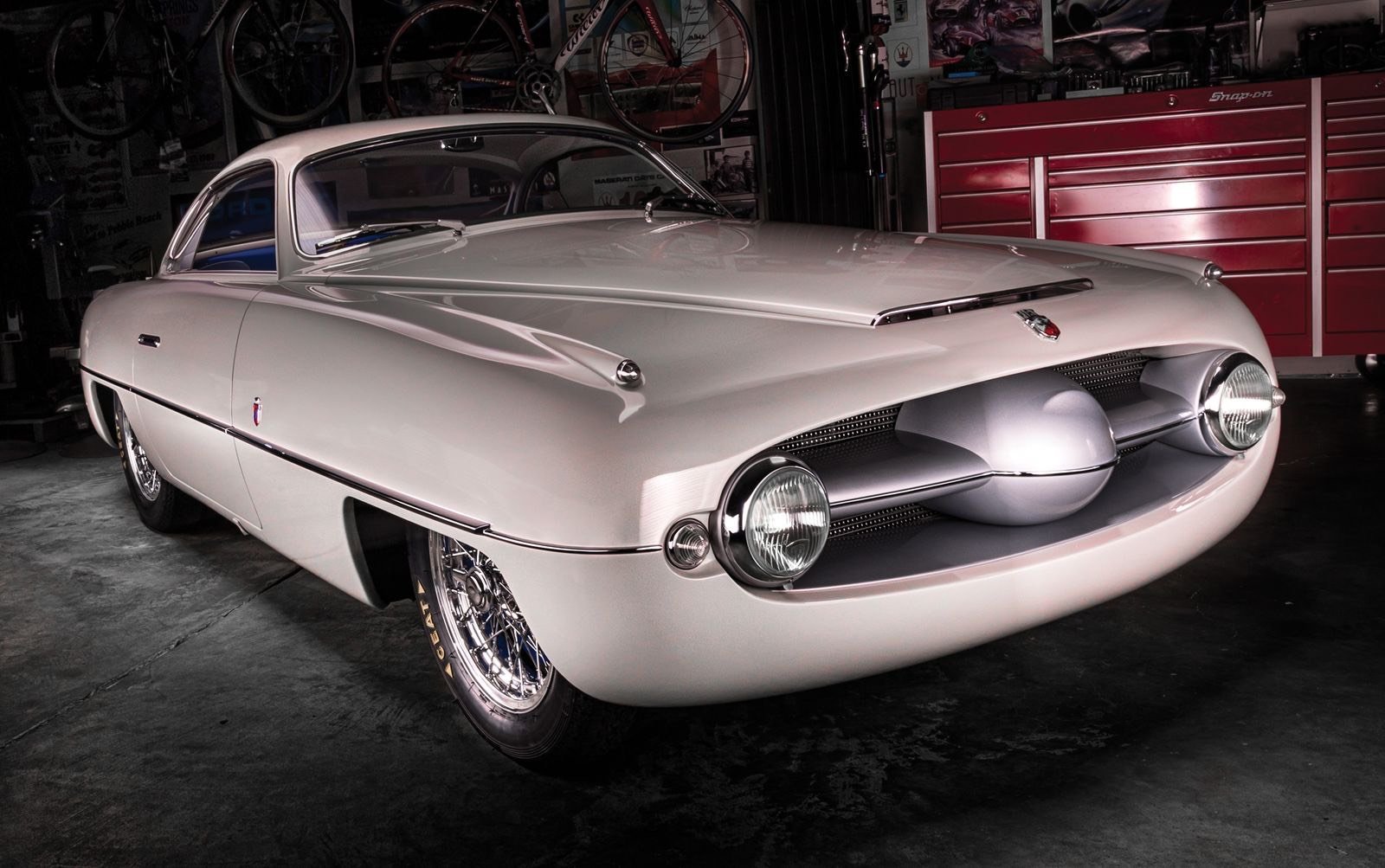 Turin based coachbuilder Ghia brought a fleet of vehicles to an auto salon in their hometown in 1953. Alongside the full-size Dodge Firearrow I concept they featured a scaled down version of the same design language, based on the Abarth 205 chassis. Surprisingly, the American design cues suited the small coupe, dubbed Abarth 1100 Sport by Ghia, quite well. Local press even regarded it as a “masterpiece of design”. Very American front end aside, one can see the influences for Ghia’s later VW Karmann Ghia, especially when viewed from the side or the back. Smooth Abarth based coupe was a one-off, but it had a twin built on Simca rolling gear which was never displayed in public. 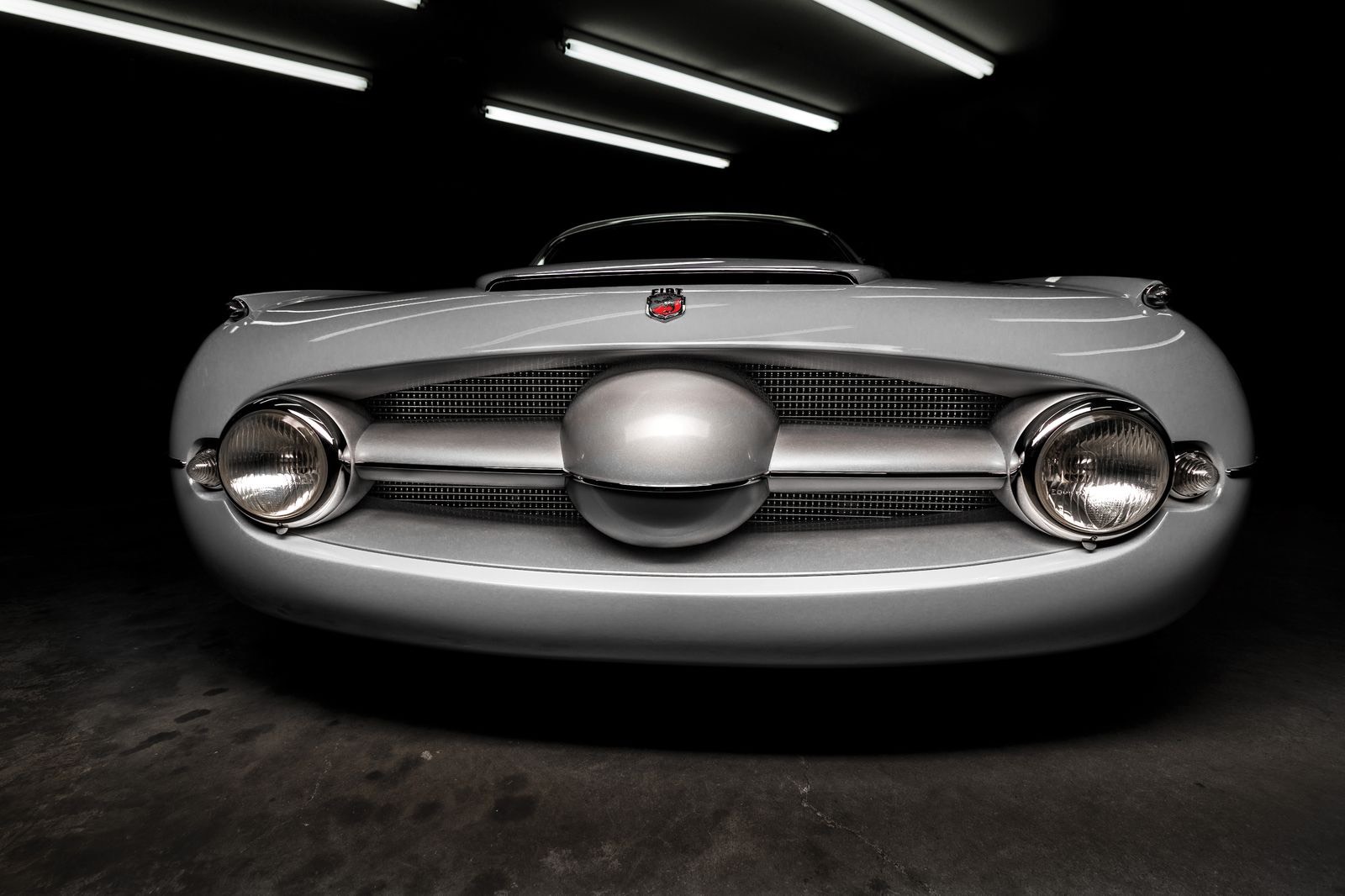 Arguably, Abarth 1100 Ghia was one of the more successful coachbuilder’s designs, so it’s no surprise that it caught the attention of an American entrepreneur Bill Vaughn. He decided to create his own car Vaughn SS Wildcat by reproducing panels of Abarth Sport 1100 Ghia in fiberglass and using a V8 to propel it forward. The project was presented in 1954 New York Auto Show (NYAS), but, despite boasting the first American overhead cam V8, the venture failed to take off. No Vaughn SS Wildcats were built or sold, in fact it is not even certain if Vaughn managed to cram the V8 into this tiny coach built shell at all. 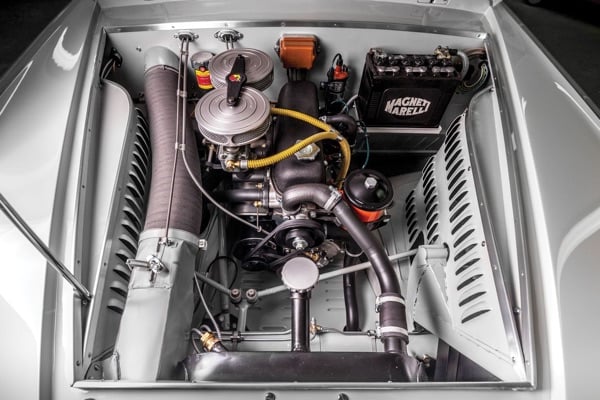 Bill Vaughn planned to put a V8 into this engine bay 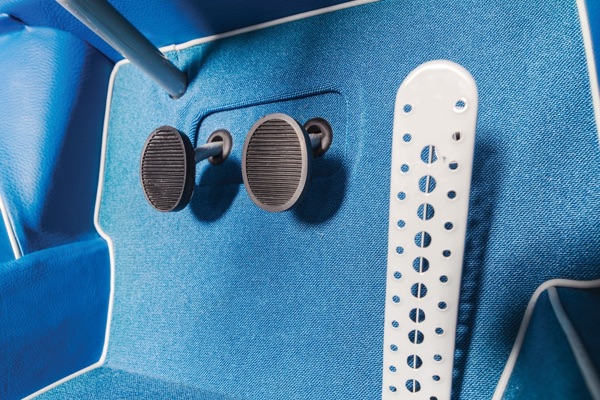 The restoration of this car took 5 years

After the 1954 NYAS, the car disappeared from public arena and its history is not entirely clear. In the decades to come, it changed hands several times until being acquired by a Canadian restorer and collector in 2010. By that time, the car was in a sorry state, clearly neglected by its previous owners.

The new caretaker decided to embark on a thorough restoration of this stunning mid-century concept. Needless to say, it was a tedious task. As this is the only Abarth Sport 1100 Ghia in existence, sourcing pieces was hard and many bits had to be fabricated. It is an admirable effort from a privateer - this level of thoroughness in restoration is often typical to manufacturers, such as the Mercedes 540 K streamliner restoration we wrote about earlier. Luckily, there was no shortage of photographic evidence from Turin Auto Salon ’54 which the restorer followed to recreate the gorgeous coupe.

After the painstaking 5-year long restoration, the car was presented in Pebble Beach Concours d'Elegance 2015, its first public outing in 61 years. Surprisingly, it won in its class (early post-war) and then took the second place overall. To be fair, post-WWII cars seldom win at Pebble Beach, so the second place was a stunning comeback for a car the world had forgotten about. Earlier this year, this compact concept further established its importance in the car scene, when it fetched $891,000 in an RM Sotheby’s auction. This proves the collectors have high appreciation for Ghia’s mid-century design.